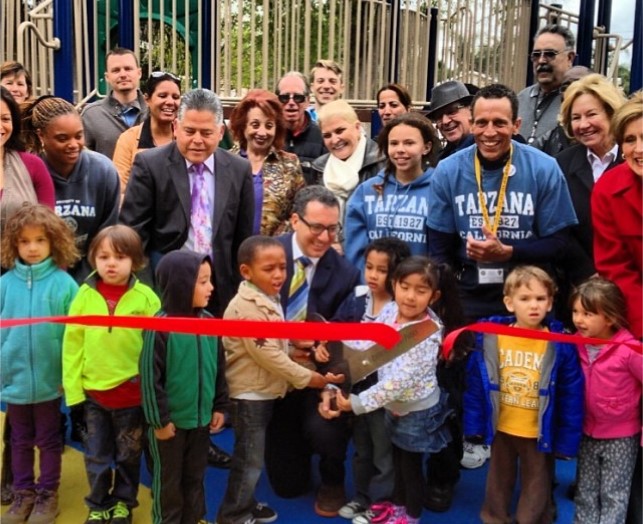 Blumenfield had led the October 2013 groundbreaking, and noted the incredible transformation that had occurred in just a few short months.

“Projects like these illustrate how the City and community can come together to create a partnership to better our neighborhoods,” said Blumenfield.

In May of 2015, Blumenfield secured the installation of a needed bike rack at the park. 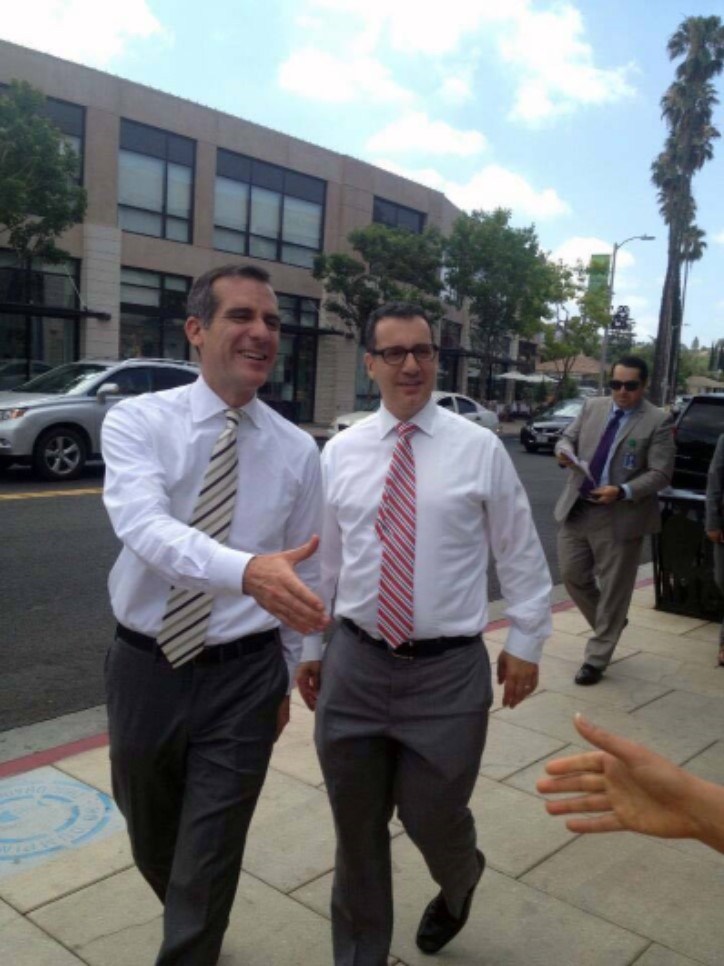 Bringing City Hall to the West Valley is among Blumenfield’s top priorities. Over the course of his first term in office, he has worked to bring City leaders to West Valley neighborhoods to engage directly with communities.

Blumenfield and Ms. Reynolds heard from Valley residents about their priorities, problems, and ideas in a lively and informative discussion about transportation in the San Fernando Valley. 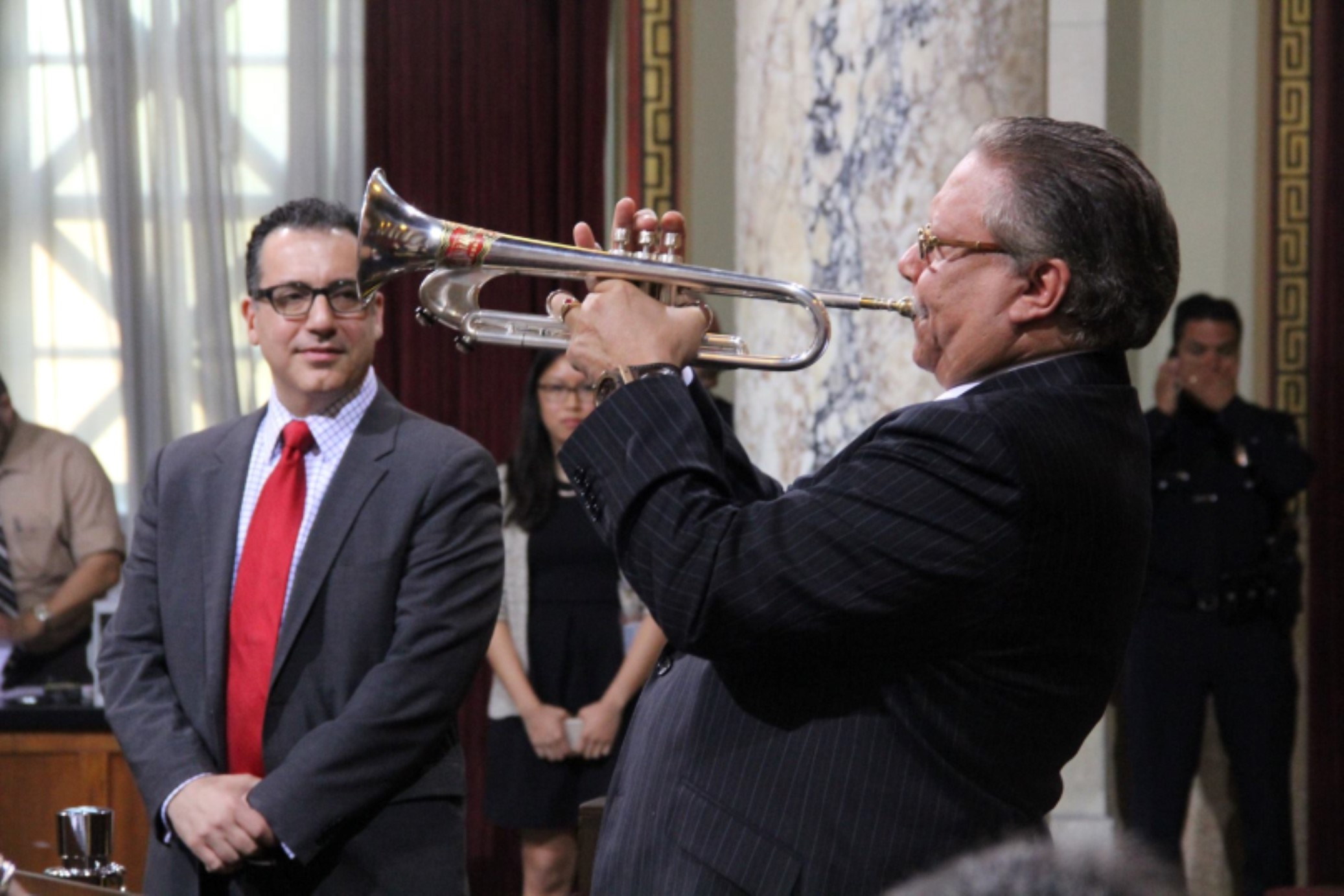 Showcasing the diverse artists of his district, Blumenfield honored Jazz great and Tarzana resident, Arturo Sandoval, declaring March 24, 2015 “Arturo Sandoval Day” in Los Angeles. Sandoval, who grew up in Cuba before immigrating to the United States, is a Grammy-award winning trumpet player and recipient of the Presidential Medal of Freedom.

Blumenfield participated in an oral history of Tarzana for a piece called “Historical Memories of Tarzana,” now housed at the center.

In 2005, when Blumenfield helped deliver funds for the Orange Line as District Chief of Staff to Congressman Howard Berman, experts expected 12,000 daily boardings with headway every 8 minutes. Today, service is every 4 minutes with 30,000 daily boardings. At Blumenfield’s urging, the Metro Board is considering long-term enhancements, including: 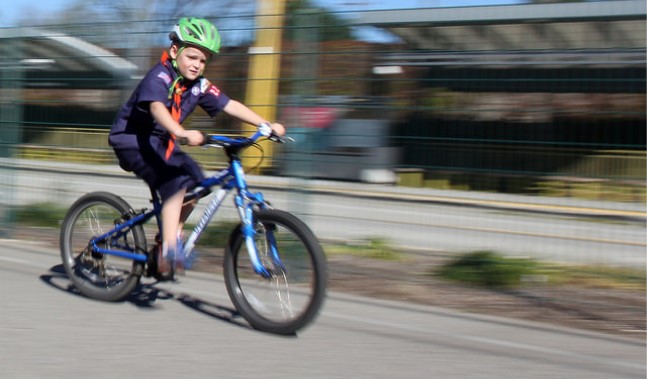 Blumenfield is also working with Los Angeles Department of Transportation (LADOT) General Manager Seleta Reynolds to study ways the City can make improvements right away, including safely increasing speeds along the route.

Above: A young bicyclist speeds down the Orange Line Bike Path during Blumenfield’s West Valley Community Bike Ride, on January 24, 2015.

Tarzana was originally part of the San Fernando Mission, which was established in 1797 by Spanish settlers and missionaries. Tarzana is named after the unforgettable character "Tarzan of the Apes," and is a tribute to his even more unforgettable creator, Edgar Rice Burroughs.

The street boundaries of Tarzana are Victory Blvd. to the North, Corbin Ave. to the West, Mulholland Drive to the South, and lindley Ave. to the East.

Meetings are held the 4th Tuesday of each month at 7:00pm