Saving Money and Time with Micro-Trenching 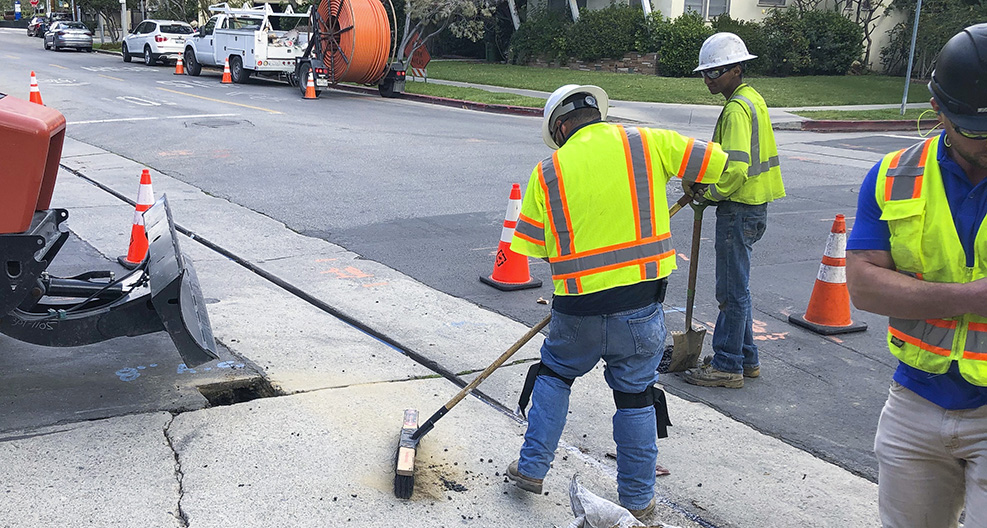 Councilmember Blumenfield believes it is critical the City explores new innovative methods to build infrastructure, particularly when it comes to laying down robust broadband infrastructure and increasing digital connectivity. He also believes that companies that damage the City’s infrastructure should pay the full cost of its repair and should be incentivized to put their gas, phone, cable or other wires/pipes under the streets when the streets are already being opened for repair.

Consequently, Blumenfield removed the subsidy that the City had been giving the cable, phone and gas companies that allowed them to avoid paying the true cost of the damage done to the public streets when they would dig their trenches, lay their products and then close up the trench with an asphalt patch.  However,  he pushed to remove the fee if they would simply put in their products when the street was already opened up for repair and promised to lower the fee if they could come up with a trenching mechanism that would cause less damage to the street.  They accepted the challenge and proposed “micro-trenching.”

This led to the widespread use of micro-trenching and the lower fee commiserate with the decreased street damage that it causes.  Blumenfield had to change the municipal code to enable this new method of burying cable/fiber to be used in Los Angeles. Micro-trenching not only reduces street damage by using a more shallow trench, but it decreases construction costs, construction time and related traffic impacts. Consequently, it has made it possible to exponentially expand the fiber network and improve broadband access for Angelenos. Blumenfield’s ordinance also reduced the Street Damage Restoration Fee that companies pay for microtrenching instead of standard construction techniques.