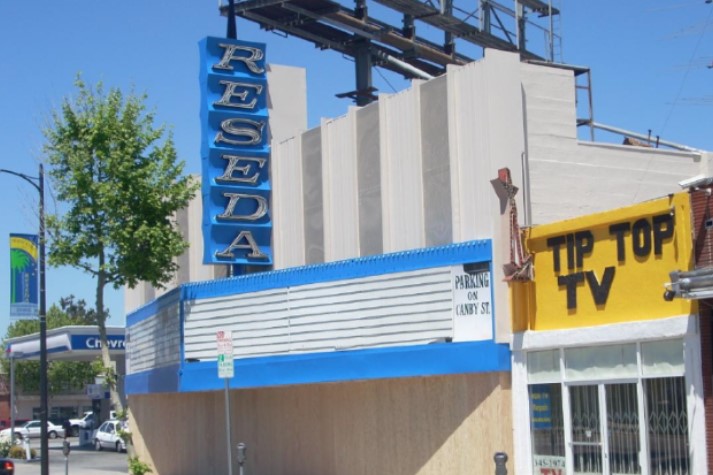 Originally built in 1948, the Reseda Theater sits in the heart of the Reseda Commercial District along Sherman Way. It sat vacant for over 30 years and deteriorated. Councilmember Blumenfield has devoted significant resources to making sure that it will be revitalized in such a way that it can once again become a centerpiece for Reseda.

Due to Blumenfield’s leadership, the iconic marquee will be preserved, the theater site will be redeveloped into a community hub and the empty lot behind the theater will be transformed into an attractive affordable senior multi-family housing development.  In 2016, the City started the process of acquiring the property and asked developers to submit proposals that would preserve the marquee and redevelop the theater.

Thomas Safran and Associates (TSA) was selected based on their bid which included the creation of a new Leaemmle theater as well as a senior housing component on the back lot. However, a combination of the Laemmle theater's financial strains combined with the COVID-19 pandemic has put all theater projects in Los Angeles on life support and has forced the developer to consider other entertainment options for the immediate future. The City contract still requires the developer to build an entertainment space that will benefit the community and activate Sherman Way.

The developer is exploring other options such as a Covid friendly community food Pavillion with a movie theme that can be transformed into a movie theater in the future. Councilmember Blumenfield has insisted that the developer get community input before any project that is different from the proposed Laemmle theater goes forward — even if the project is just for a temporary use.

One of the reasons that this site has been derelict for so long has to do with the steep financial costs involved compared to the expected return on investment.   The theater itself is in terrible condition and needs major investment. To make a project pencil out and actually move forward, Blumenfield and the City took three significant actions: (1) Blumenfield secured $1.5 million from the City's CRA Excess Bond funds to acquire the Reseda Theater and the attached empty lot; (2) the City Planning Commission approved TSA’s proposed 26-unit senior affordable housing project; and (3) Blumenfield and his Council colleagues awarded $4 million in Proposition HHH funding for the housing component of the Reseda Theater project.  Construction of the housing is expected to commence in late-2020, and be completed by the end of 2022.  Having the housing component makes the entertainment component more financially viable — they are inextricably linked by the redevelopment contract.