The program seeks to “Reimagine Ventura Boulevard” as a neighborhood-scaled Main Street for Woodland Hills that supports local business and creates a better sense of place for nearby residents by providing additional parking, enhanced landscaping, and improvements for those who walk, even if just from a parking space to a local store or restaurant. The project was sparked by community members who enlisted the Woodland Hills-Warner Center Neighborhood Council and other groups to develop a clear vision for their main street. Councilmember Blumenfield was happy to secure City funding for an in-depth study of the half-mile stretch of Ventura between Royer and Sale Avenues to flesh out the community’s vision.

After extensive outreach and analysis over a year, including three community meetings and expert traffic studies, the Los Angeles Department of Transportation (LADOT) and consultant Sam Schwartz Engineering released a report detailing proposed modifications to Ventura Blvd. LADOT and Sam Schwartz evaluated various possible road reconfigurations, but based on the preference of the business and community members who played an integral role in the design and outreach workshops, “Alternative B” in the report was chosen.

The full report is available here, with illustrations of the preferred Alternative B preliminary design highlighted below. Alternative B will:

These changes balance the desire to increase on-street parking, create a safer place to walk, and reduce the freeway-like feel of Ventura Boulevard with the need to move traffic efficiently. Notably, because the street cannot be widened to create space for more on-street parking, in some areas this will require reconfiguring a traffic lane.

To that end, Sam Schwartz Engineering and ITERIS, in consultation with LADOT staff, conducted a full traffic impact analysis. The traffic study concluded that the proposed roadway reconfiguration would have no significant delay or negative impact on traffic. At Ventura/Royer, because the new traffic signal would allow safer and quicker turns onto Ventura for local residents, average traffic delay during rush hour would actually decrease by 18 seconds or more. At Ventura/Sale and Ventura/Fallbrook, the average traffic delay during rush hour would increase only slightly, by a cumulative 1.6 seconds during the morning commute, and 1.1 seconds during the evening commute. At all other times of day, traffic on this stretch of Ventura Boulevard flows freely, and that will not change. Councilmember Blumenfield, in consultation with the community, has concluded that, for the sake of a safer, more vibrant commercial district, this one- or two-second limited increase in peak hour congestion is an acceptable cost.

Councilmember Blumenfield offers his deepest thanks to the community members including, Scott Silverstein and Dennis DiBiase, who began to “Reimagine Ventura Boulevard” and all of those who participated in the planning process. Together we will make this commercial district the Main Street that Woodland Hills deserves. 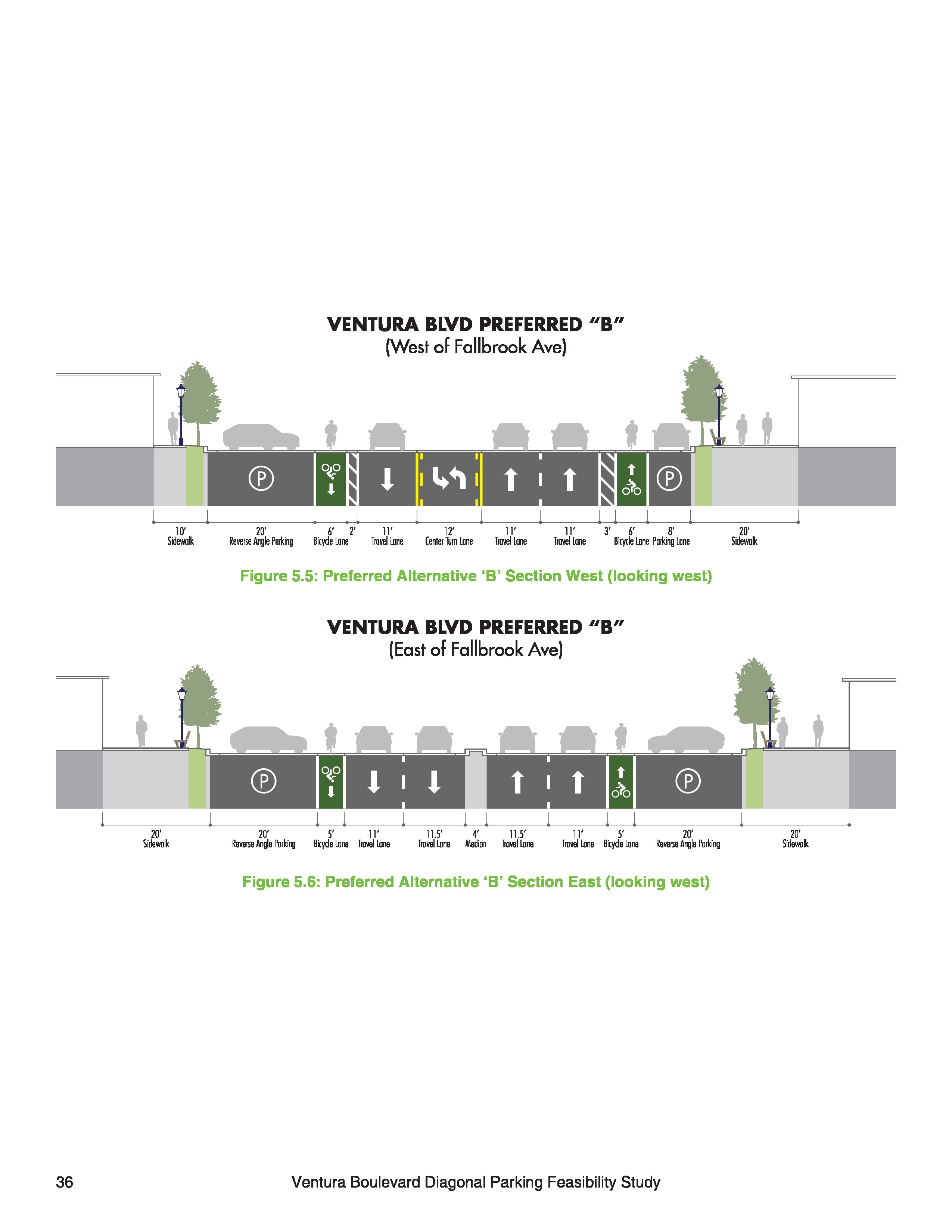 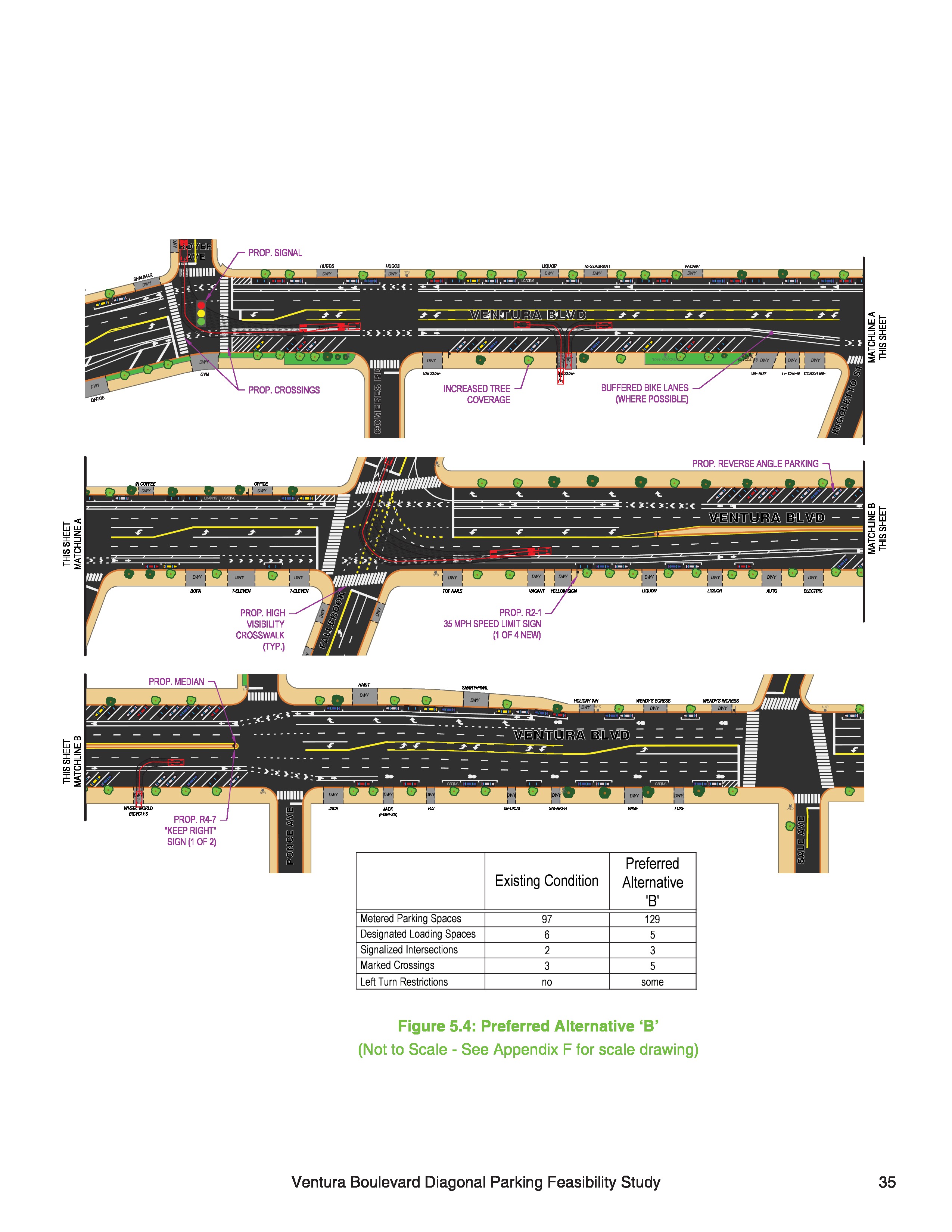 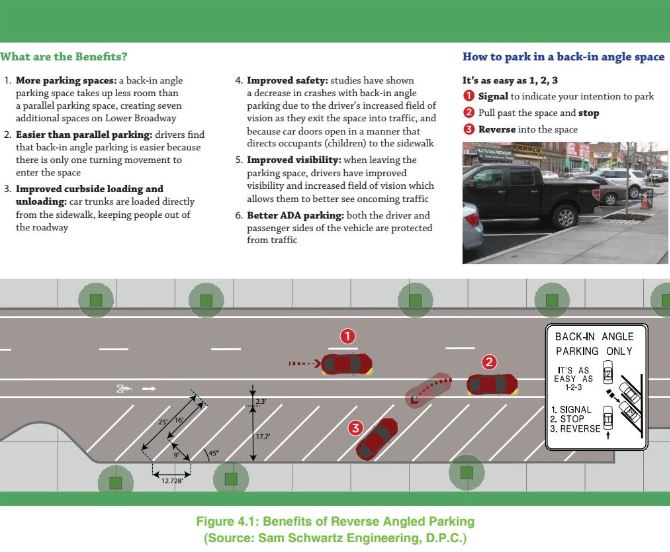