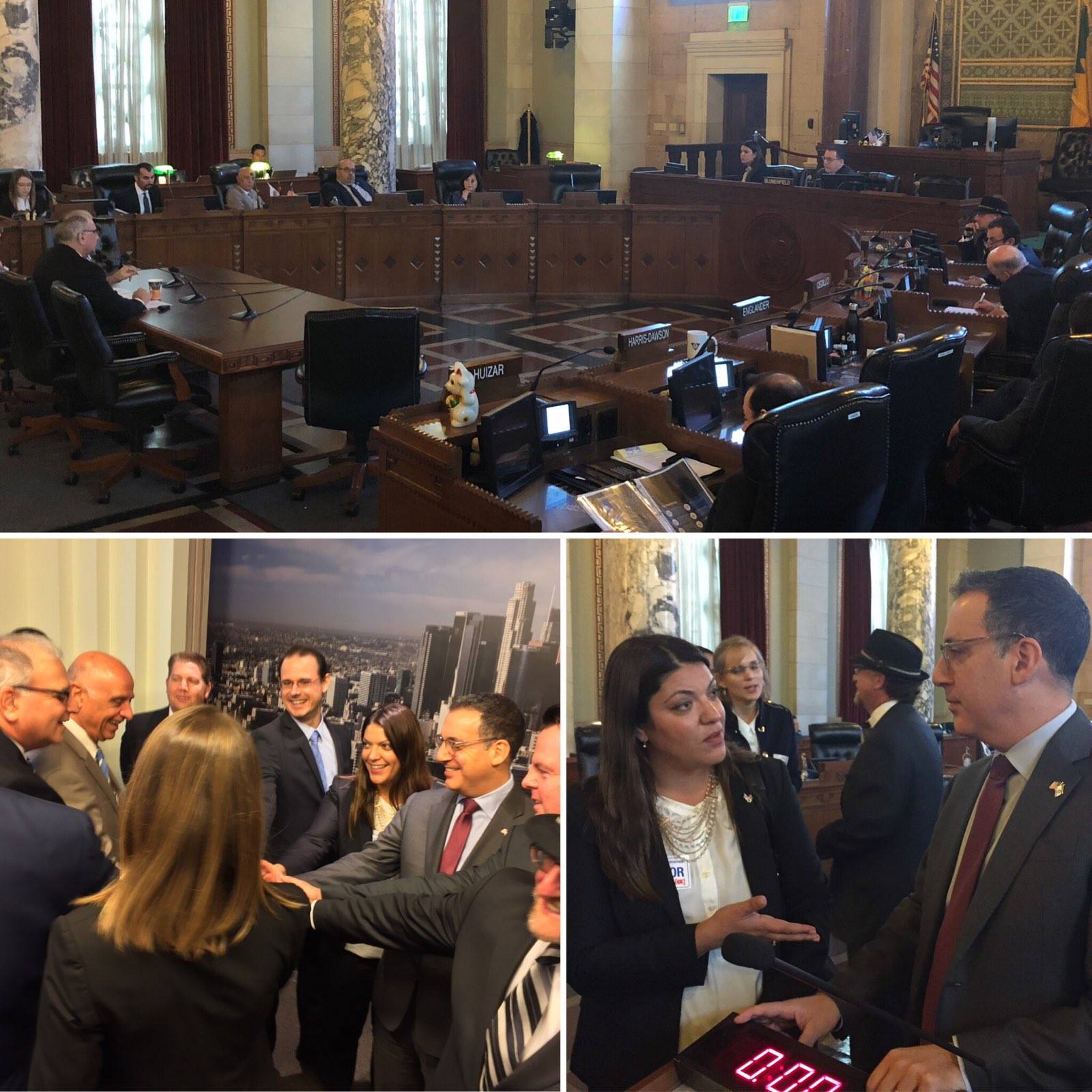 Concerned about frequent droughts in LA, Blumenfield formed the LA-Israel Task Force to foster mutual benefit projects and ideas with Israel, a nation widely known for its water conservation technologies.

The taskforce convenes at LA City Hall and presents innovative ideas to  streamline efficient technologies that will save water for Angelenos. Since  launching this Task Force, Blumenfield has continued to build on LA’s Sister City relationship with Eilat to foster investment, business development and research opportunities. The Task Force members represent the Israeli government, Israeli companies, Southern California business and education communities, non-profits, the Los Angeles Department of Water & Power  and the City of Los Angeles.

One of the key takeaways from the Task Force has been the vital importance of connecting experts with policymakers. This has been especially true as members of the Task Force have worked to confront the challenge of California’s historic drought. In many communities, LA is underway in adopting cutting-edge solutions to water conservation. Thanks in part to the Task Force, the City is using new tech for the North Hollywood West Groundwater Treatment Project that is cleaning up and restoring the use of groundwater as a safe, high-quality source of drinking water in the San Fernando Valley.