On Friday the LA City Council’s Ad Hoc Committee on Redistricting, of which I’m a member, convened to review the Los Angeles City Council Redistricting Commission’s final report/map and deliberate on the almost 40 motions that were introduced for changes. Three maps were presented including the one put forward by the LACCRC, a different map that was designed to cause the most minimal population adjustments to current district boundaries and a hybrid map of the two. The committee adopted the latter with a few additional changes. I am pleased to report that we maintained my district communities mostly intact, and a small adjustment in population was made by slightly changing the existing split in Reseda without splitting any other communities.

The map that the committee adopted keeps much of the progress made by the LACCRC, for example ensuring that Koreatown is in one district and the westside Jewish community is unified. The hybrid also makes Valley seats more equitable and avoids the creation of an entirely new district with a new councilmember from another area of the city who hadn’t represented any of those communities before. These specific issues were paramount in the West Valley.

Instead of the northern half of CD3 (Canoga Park, Reseda and Winnetka) forming a new district with Lake Balboa and Van Nuys, these communities stay unified with Tarzana and Woodland Hills/Warner Center. As there was expansive population growth over the past decade, it was inevitable that CD3 would have to shrink. With this new map, instead of part of Reseda being represented by CD12 (CM John Lee), a little more of Reseda will be represented by CD4 (CM Nithya Raman). 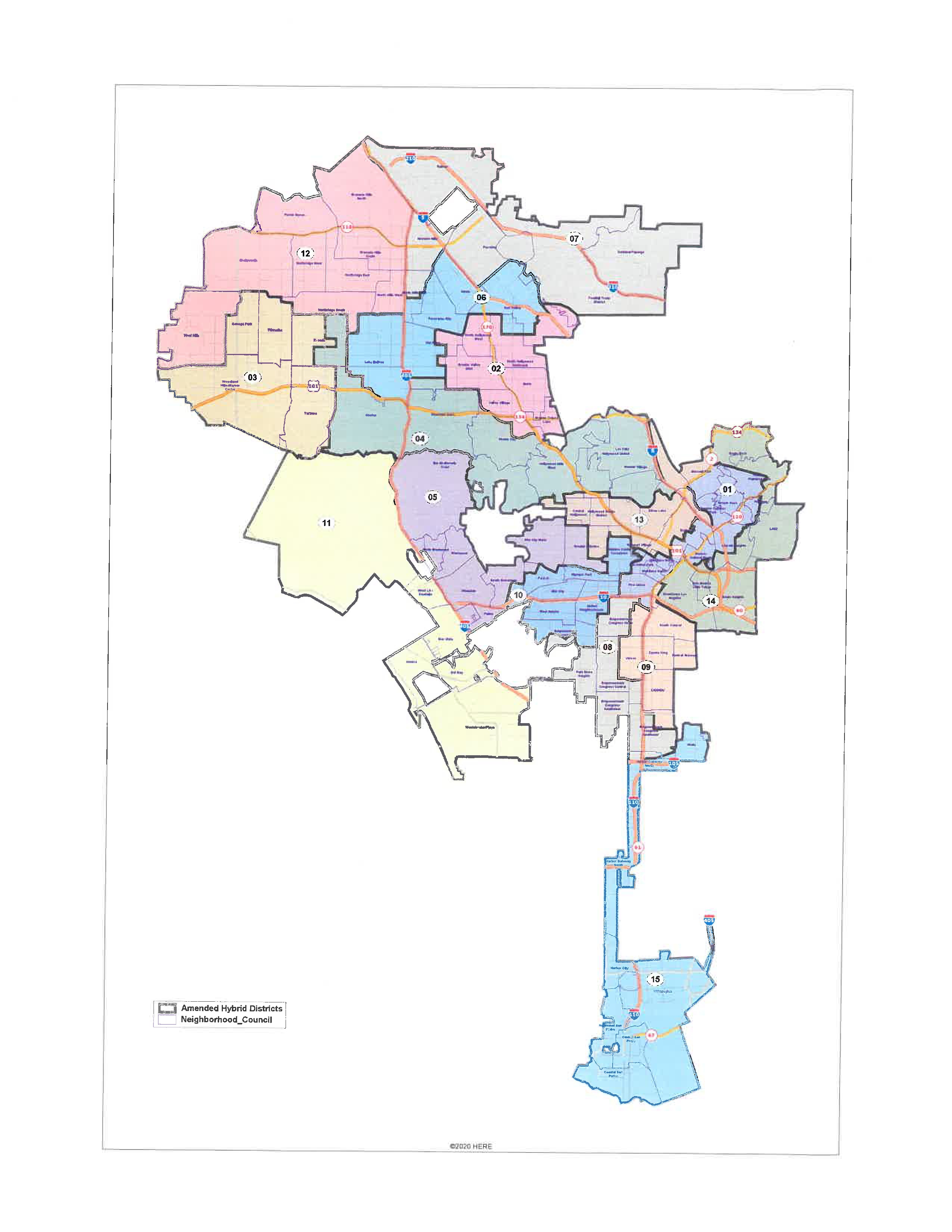 The LACCRC worked diligently over the past year, investing countless hours reaching out to residents, listening to their concerns, reviewing census data, and crafting a comprehensive report and map. I’m incredibly grateful for their work and the herculean effort under less than ideal circumstances. I’m confident that the changes we made in committee add to the progress they made and helps remedy some of the big concerns that remained — especially the concerns expressed by West Valley residents.

So where does all this stand now? On Tuesday the full City Council will hear the committee’s recommendations embodied in this new map (there may be some minor adjustments from members who were not on the Ad Hoc Committee). Then, there will be two state mandated hearings followed by a City Council vote on the related ordinance, most likely in early December. The final changes will take effect January 1st, 2022.

More information to come and if you have any questions or concerns, please reach out to me or my staff by calling 818.774.4330 or by sending us an email at [email protected].