May is Jewish American Heritage Month (JAHM), created by Presidential decree in 2006. May was chosen due to the highly successful celebration organized by the Commission for Commemorating 350 Years of American Jewish History. In 2017, the City of Los Angeles began having an official celebration of JAHM highlighting Jewish Angelenos. 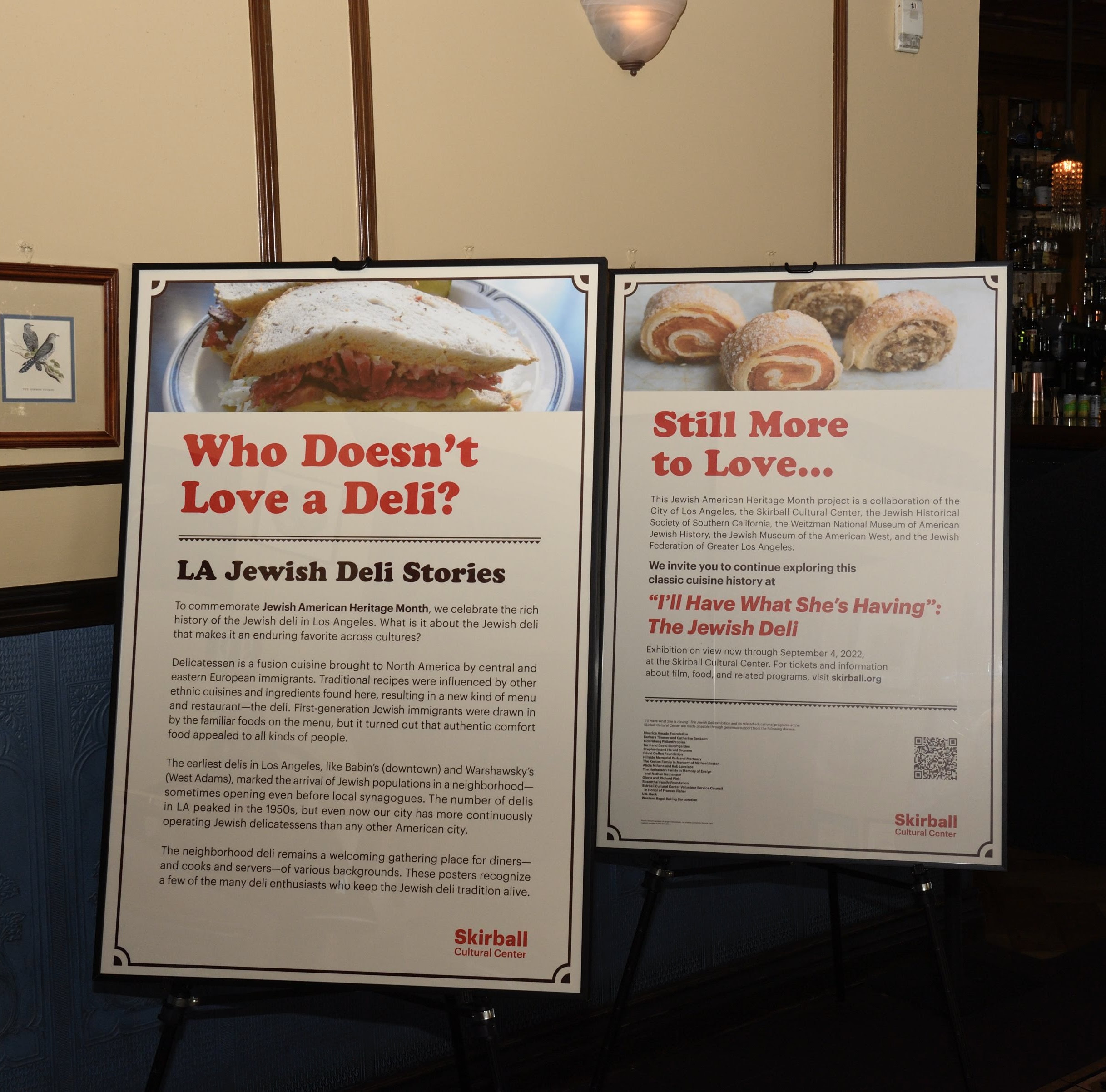 Earlier this week, I was proud to welcome community and faith leaders to celebrate the City’s vibrant Jewish community at the 6th annual JAHM in Los Angeles. This year’s theme “Who Doesn’t Love a Deli: LA Jewish Deli Stories” highlighted the fusion food born of the Jewish immigration story. Regional food traditions from Eastern Europe with available, local ingredients resulted in an entirely new American Jewish food phenomenon. Students from Multicultural Learning Center in Canoga Park participating in the David Labkovski Project guided guests through a tour of Villnes, Lithuania through the artwork and eyes of Labkovski before and during the Holocaust. 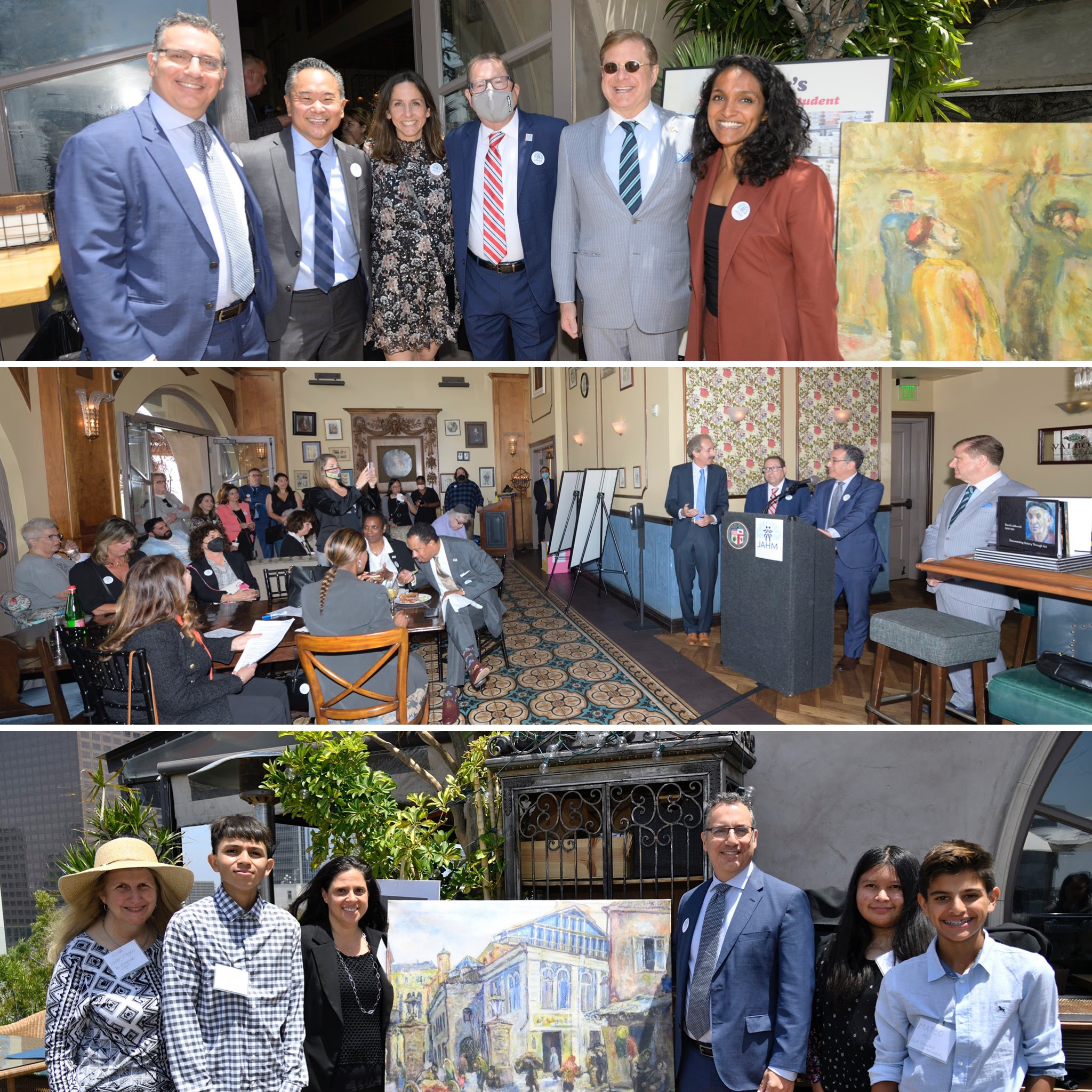 I am proud of the diversity in the West San Fernando Valley and happy to celebrate and share the rich Jewish heritage and culture with all Angelenos. 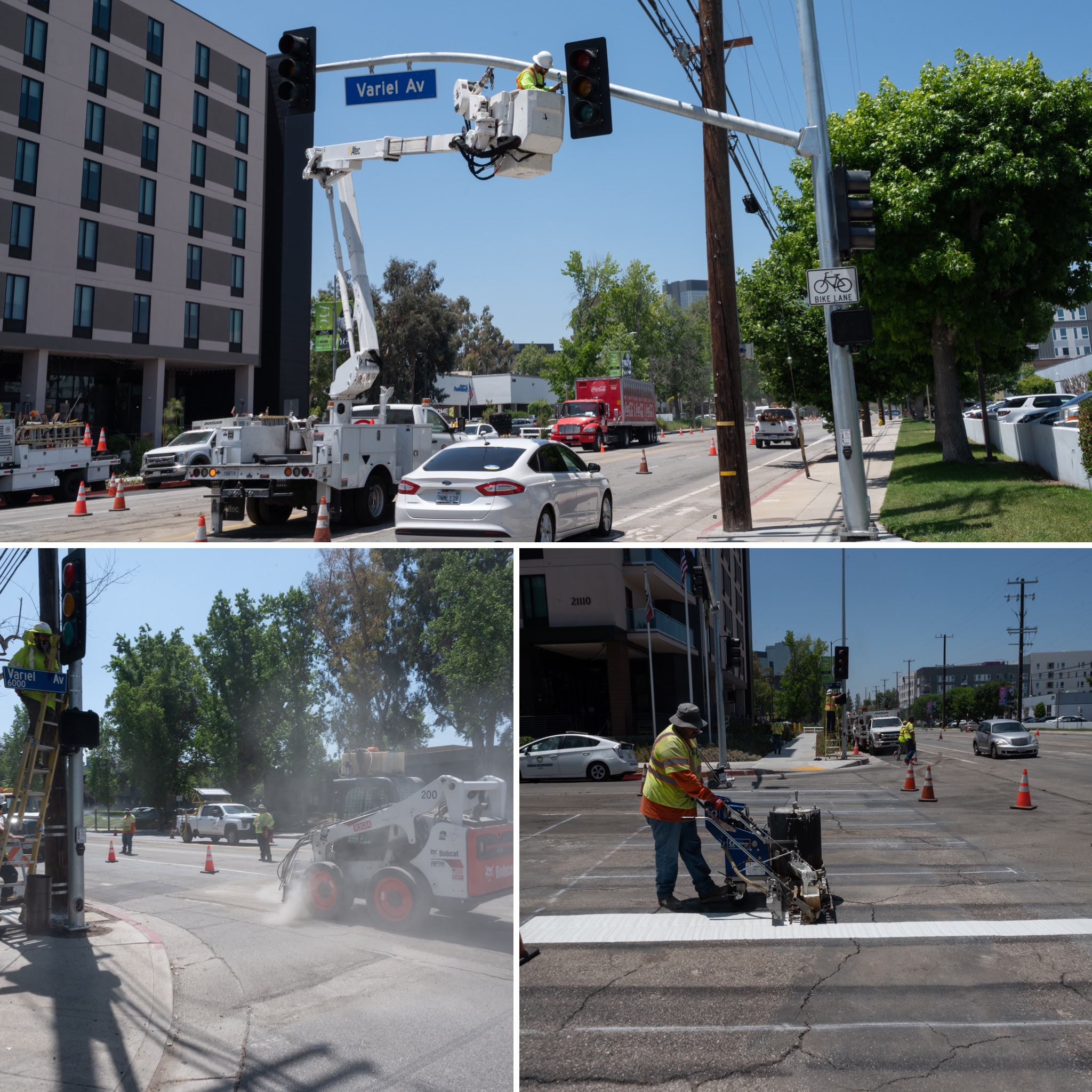 Under the Warner Center 2035 Plan, developers must pay impact fees to help fund more than $180 million worth of specific transportation improvements identified in the Plan. The Warner Center Plan Implementation Board (WC 2035 PIB), made up of community stakeholders, is charged with helping to prioritize these projects, which are aimed at making the Warner Center a vibrant Transit Oriented District based upon sustainability, community connectedness, aesthetics, accessible public transit, and a safe and friendly pedestrian environment.

The WC 2035 PIB worked with various City departments to prioritize those measures that, based on safety and collision information, were most necessary and impactful. The first ten intersection improvements are underway, and you can read more about them here.

The unsignalized intersection of Oxnard and Variel was one of the most urgent to address, due to the existing commercial sector of Warner Center and the recent completion of several housing projects bringing new residents to the area. The new traffic signal, whose construction is underway, is a mitigation measure in the Plan that was triggered by the development of the Extended Stay Hotel on the southeast corner of that intersection. Warner Center business owner Dan Strull's advocacy for this signal was instrumental in it being included in the first round of projects. While the signal poles have been installed, additional sidewalk work to create ADA-compliant curb cuts remains to be completed. 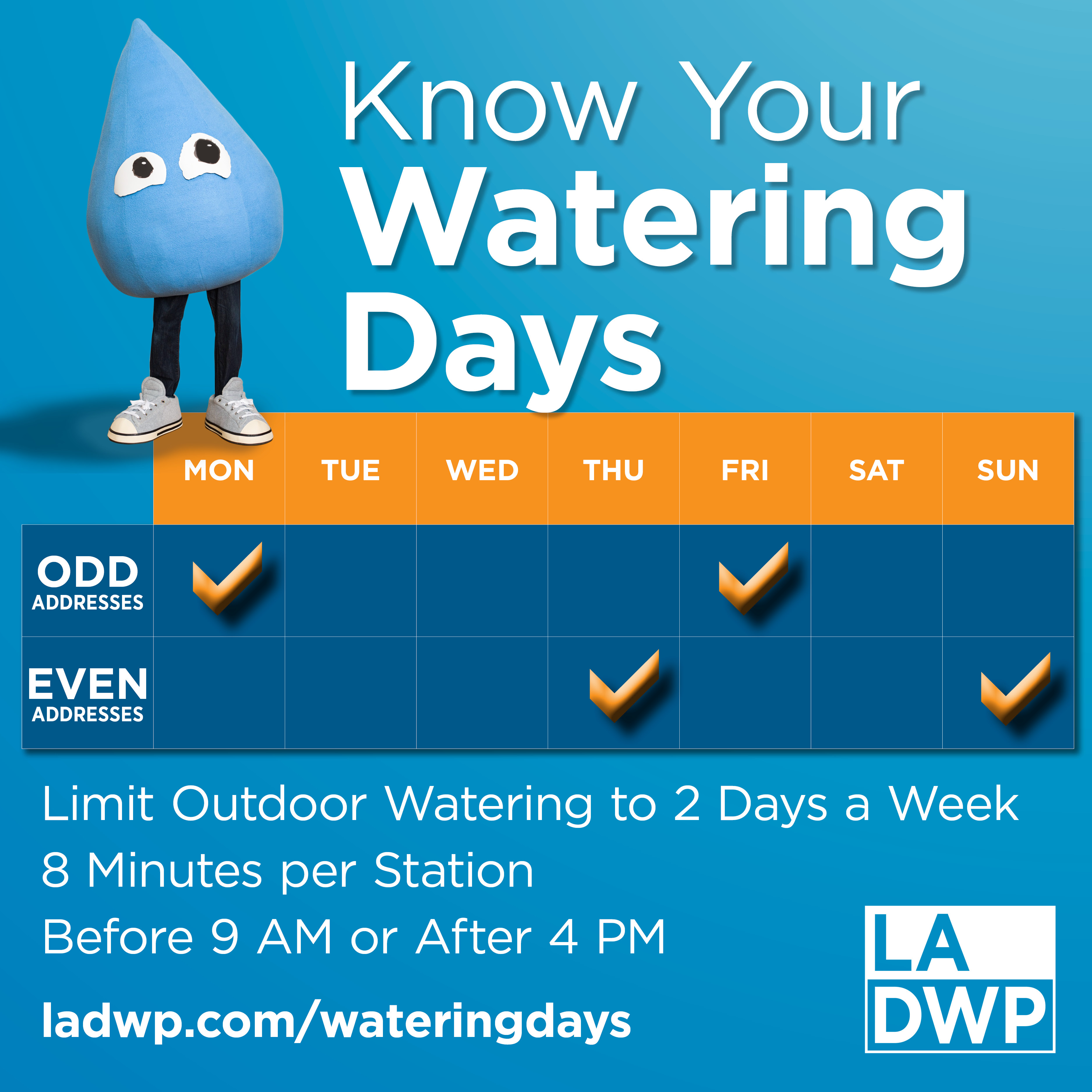 The Los Angeles Department of Water and Power (LADWP) announced that it will move to Phase 3 of its emergency water conservation plan – requiring all LADWP customers to cut the number of outdoor watering days from three to two beginning June 1st. LADWP is urging customers to stay vigilant with their water conservation as the State of California and the region are facing a severe water shortage. Learn more about your watering days here.

Blumenfield encourages residents and businesses to take advantage of several LADWP programs offering rebates and incentive programs that encourage water use efficiency. Incentives include a $400 high-efficiency clothes washer rebate, a $3-per-square-foot turf replacement rebate for residential and commercial customers, and technical assistance program incentive of up to $2 million for commercial customers to perform customized water saving improvements at their facilities. Visit www.ladwp.com/save for more information. 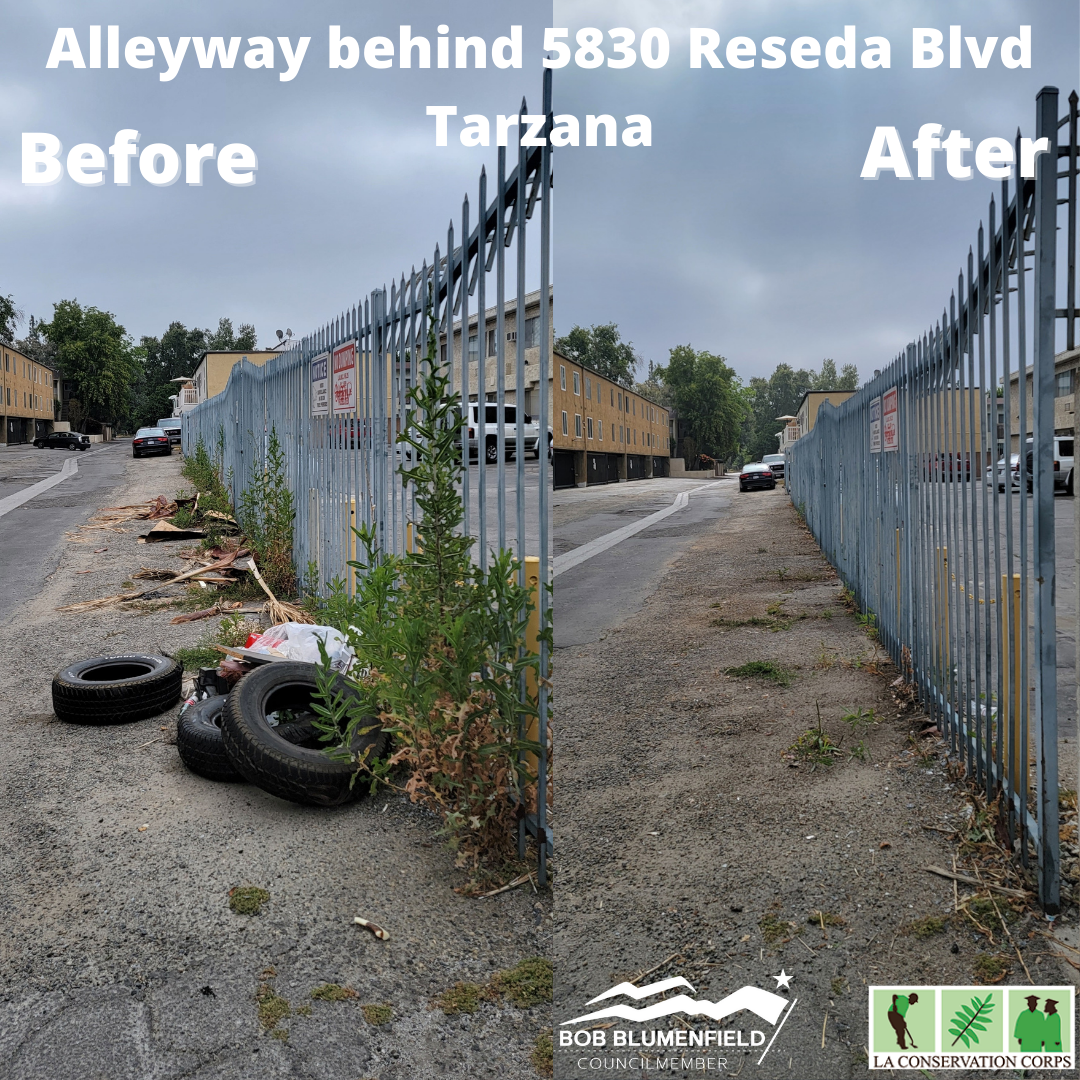 Councilmember Blumenfield’s partnership with the Los Angeles Conservation Corps (LACC) continues to deliver results. Together they put together a ‘strike team’ that directly addresses weed and trash issues that regular City services either won’t pick up or don’t pick up fast enough. Additionally, LACC provides great work experience for at-risk youth. Neighbors requested services for these locations and LACC was able to pick up the bulky items and remove the weeds and miscellaneous debris. 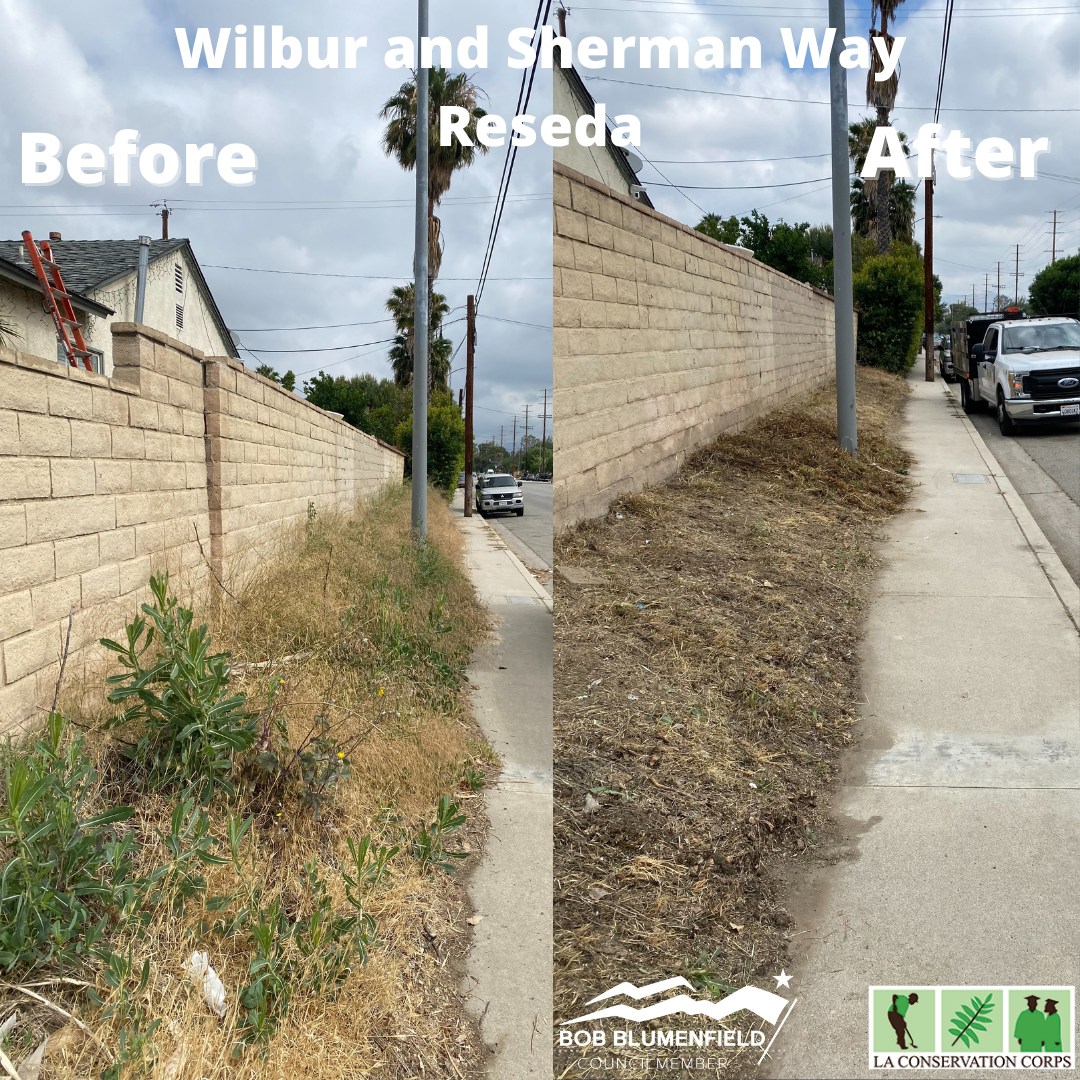 This weekend, as National Pet Month comes to a close, LA Animal Services is offering reduced adoption fees on Saturday, May 28 and Sunday, May 29. Adoption fees for all dogs will be $51 (not including license) and $75 for puppies. The adoption fees for cats and kittens will be waived thanks to a generous grant from the ASPCA. If you are unable to adopt, please consider fostering one of the many wonderful pets to give them a temporary break from kennel life. You can view the dogs and cats who are ready to meet you and are available for adoption here. 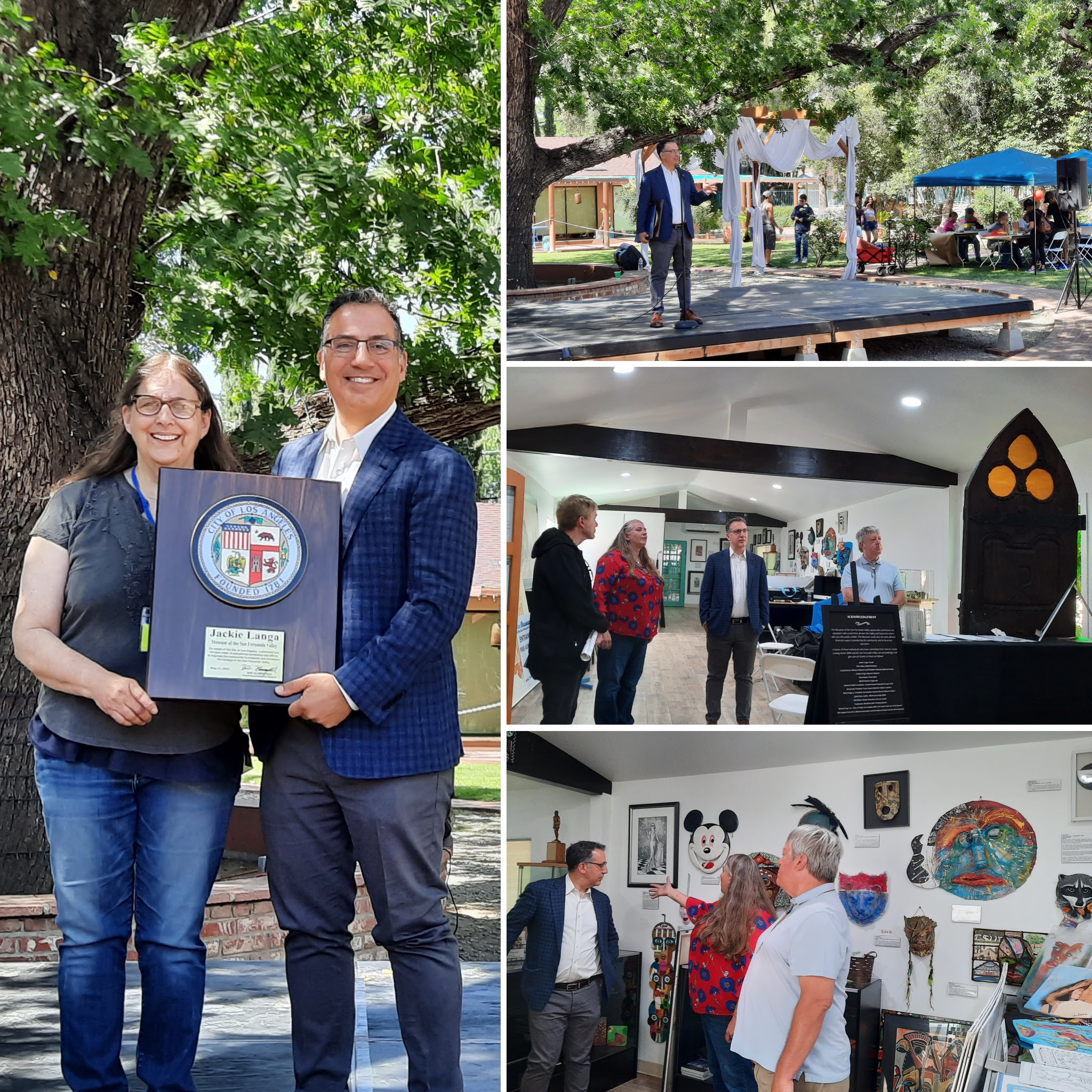 Councilmember Blumenfield visited the new location of the Museum of the San Fernando Valley. Through a collaboration with Rancho La Cordillera, the Museum will expand its space to exhibit new venues and hold events - including the upcoming Walk of Stories which features oral histories of local immigrant artists who helped contribute to the Valley. Blumenfield thanked Jackie Langa for her leadership and efforts to organize the community to celebrate and showcase the heritage of the San Fernando Valley. 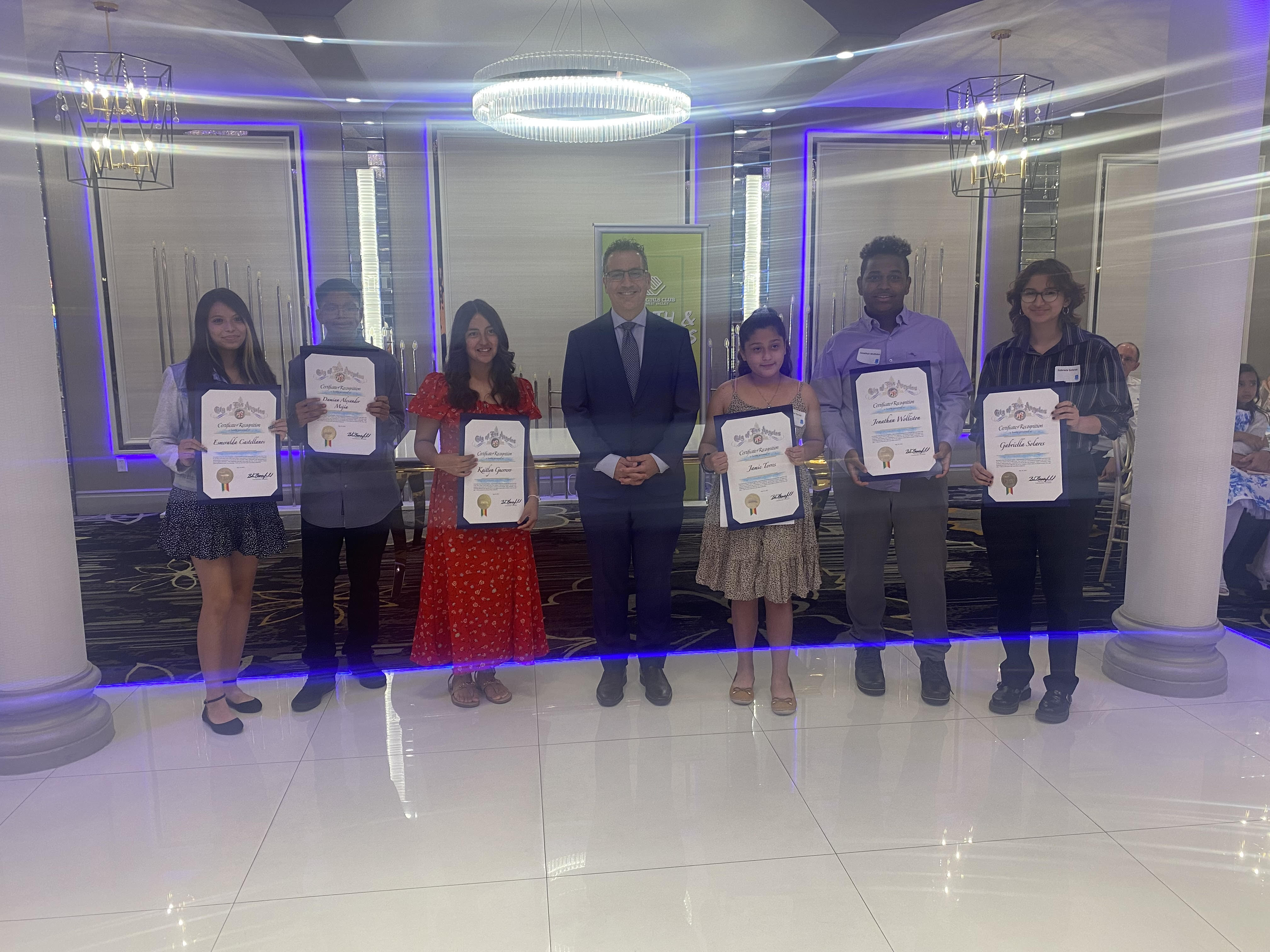 Councilmember Blumenfield congratulated the 2022 Boys and Girls Club Youths of the Year and recognized their academic achievements and commitment to serving the community with certificates. 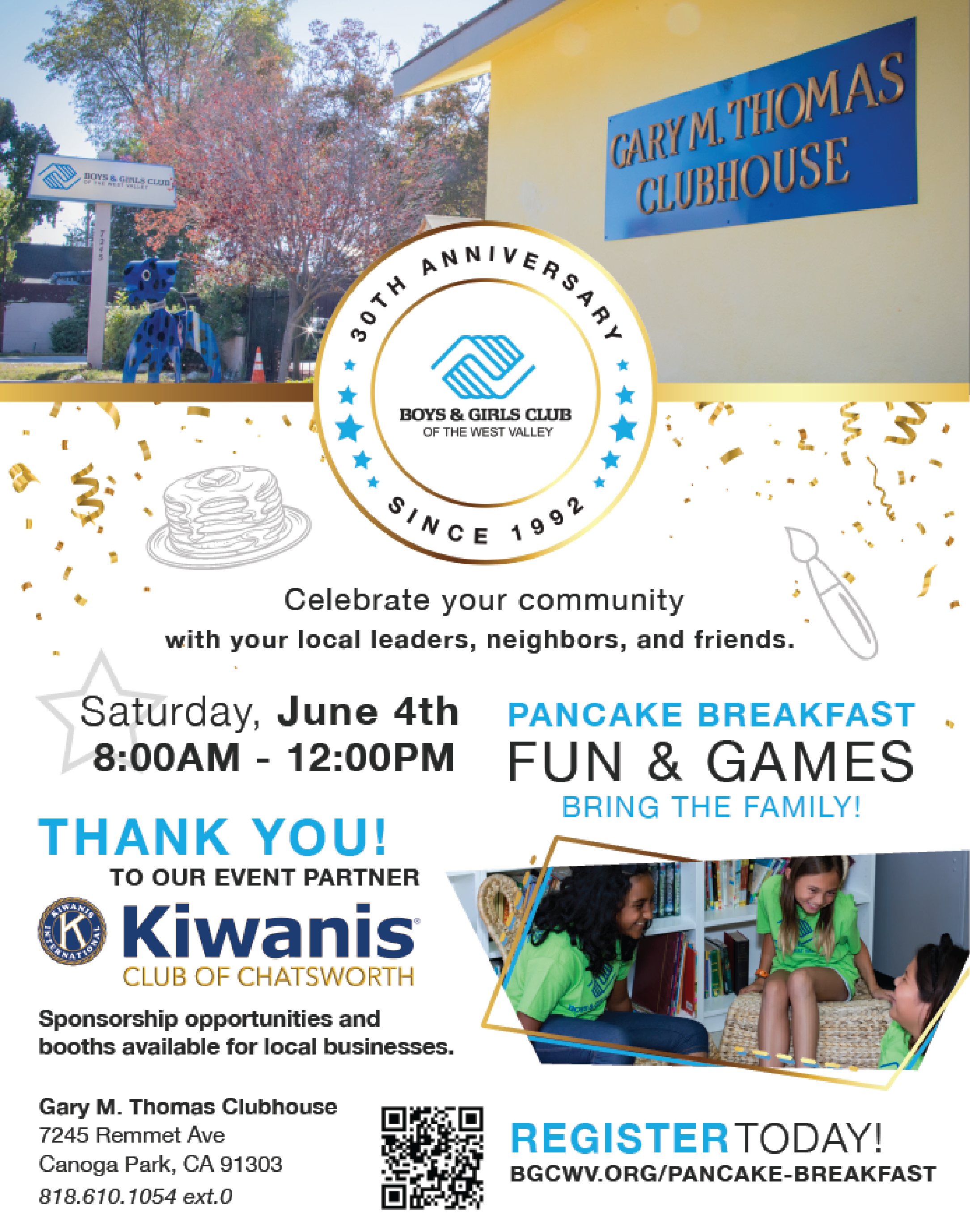 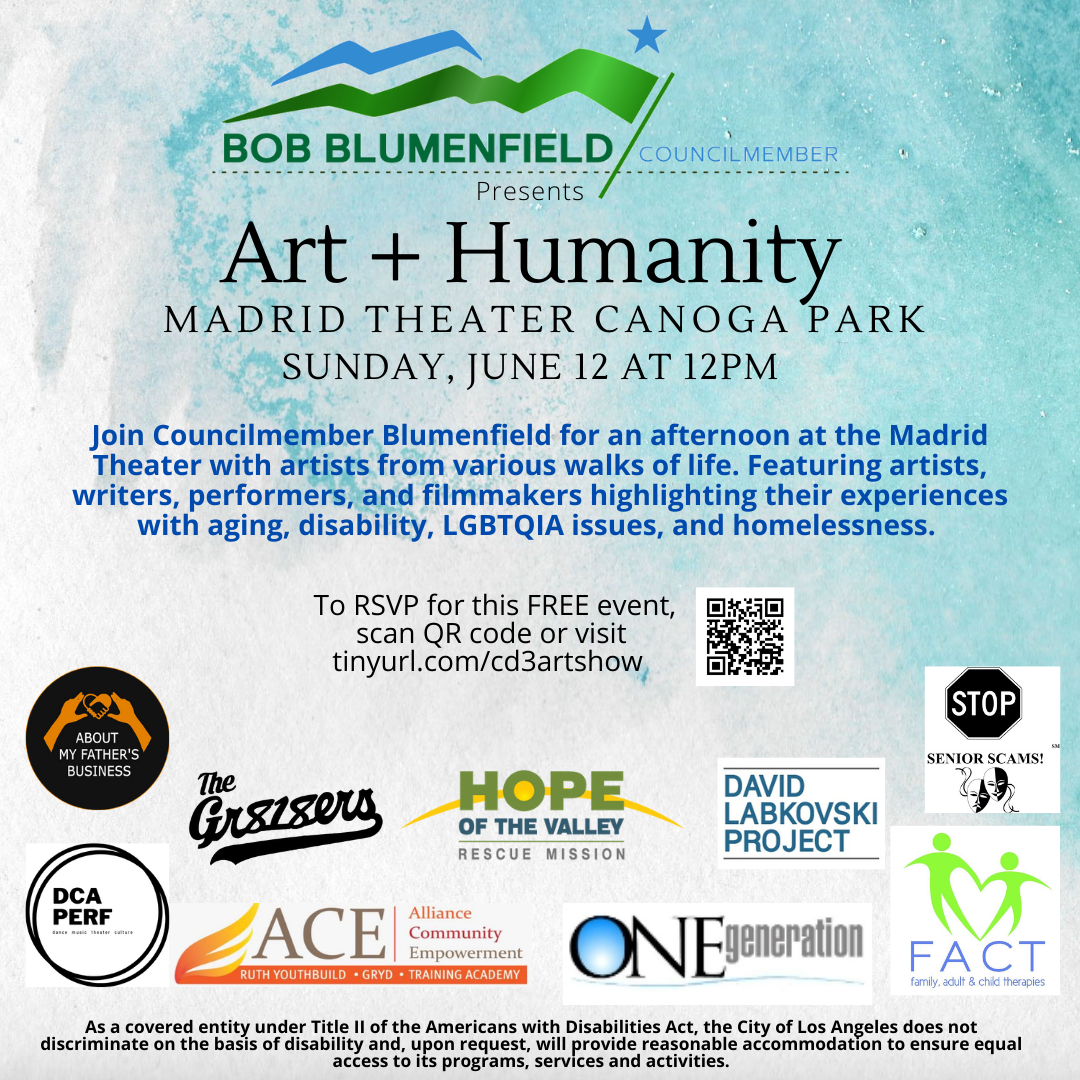 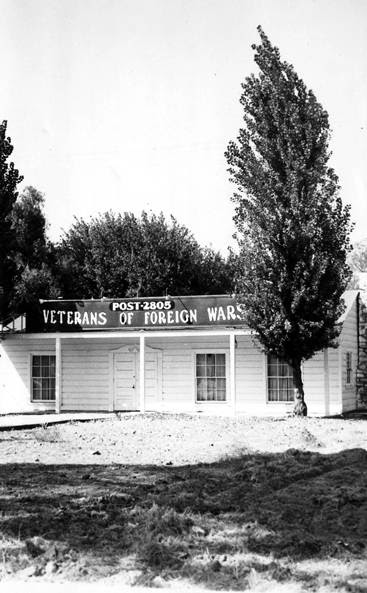 This week's photo from the CSUN Digital Collection is from the San Fernando Valley Historical Society Photo Collection. This undated photo is of the Canoga Park Veterans of Foreign Wars Post 2805. Today, Post 2805 is still active in the community and committed to ensuring veterans are respected for their service and recognized for the sacrifices they and their loved ones have made on behalf of our country.