There are many updates to share on COVID-19 vaccines as LA nears its June 15 date of fully reopening. In my district, some neighborhoods are almost halfway to fully vaccinated, while others are only a quarter of the way there. To reach true herd immunity and prevent the spread of dangerous variants, we need to help people get vaccinated by reducing barriers and fears.

Every week since January I have visited and/or volunteered at vaccine sites to see firsthand our City’s efforts and to make sure constituents feel safe and comfortable throughout the process.  I have been extremely proud of the City workers and volunteers who have stepped up to the call and ensured the vaccine rollout in the West Valley was a huge success.

If you haven’t gotten your vaccine yet, it’s never been easier. Show up at Pierce College or any other site featured on the City website  and get your vaccine today. Even if you think you’re not at risk, getting vaccinated opens the door to resuming more normal social activities, events, and provides peace of mind.

In this newsletter, I’d also like to share some exciting updates, such as the opening of the Sycamore Cabin Community in Reseda, some updates on the City budget for the next fiscal year, and more. If you have a question or issue you’d like to discuss with me and my team, please do not hesitate to contact me at [email protected] or 818-774-4330. Blumenfield speaking at the recent ribbon cutting ceremony for the Sycamore Cabin Community.

On May 26, Councilmember Bob Blumenfield and Hope of the Valley Rescue Mission (HotV) opened the West Valley’s first Cabin Community for local unhoused Angelenos. Located right behind Blumenfield’s District Office, the ‘Sycamore Cabin Community’ boasts 52 tiny homes with 100 beds that will be made available to those experiencing homelessness on nearby streets in his West Valley district.

The Sycamore Cabin Community will improve the lives of both the homeless and the housed residents in the West Valley, providing a safe and stable environment for people experiencing homelessnesss. The site features several changes that have reduced the cost of construction when compared to those previously opened in LA. For example, simple anchors replaced concrete pads for the foundations. Light colored paint treatments on both the cabins and surrounding asphalt will help reflect heat and reduce the heat island effect. All existing trees on the site were preserved, creating a green shady environment to resist some of the high West San Fernando Valley heat which typically reaches over 110 degrees in the summer. Each cabin also has its own air conditioner and heater to keep the interior a comfortable temperature year round and there are many shared amenities like laundry, three meals a day, restroom facilities, Wi-Fi, 24/7 security as well as case management and drug and mental health counseling. And pets will be welcome as well with an on-site dog run.

Beginning Thursday, May 27 – Saturday, May 29, Hope of The Valley staff will be conducting both private and public tours of the new location as part of a larger preview for the community. Just go to Hope of the Valley’s web portal to schedule a time slot to see the cabins firsthand before the new residents move in.  This summer Blumenfield and Hope of the Valley will open their second cabin community in the West Valley, located on an underutilized Metro lot in Tarzana. Stay tuned for more updates.

Update on the Budget Blumenfield out with StreetsLA and learning about their critical City services and innovations. Photo captured before the COVID-19 Pandemic.

On May 26, Councilmember Blumenfield and his Council colleagues adopted a $11.5 billion City Budget for Fiscal Year 2021-22, which begins July 1. Over the past few weeks, as Vice-Chair of the City Council's Budget and Finance Committee, Blumenfield reviewed and revised the Mayor's Proposed Budget.  As part of that process he met with the Mayor's office, City department heads, City stakeholders, and participated in multiple public hearings and listening sessions.

Thanks to President Biden’s American Rescue Plan, which will provide more than $1.2 billion in federal relief to the City (½ this fiscal year and ½ next), the new budget will be able to restore many of the deep service cuts that the City was forced to make due to pandemic-related drops in revenue. These include several of Blumenfield's priorities such as 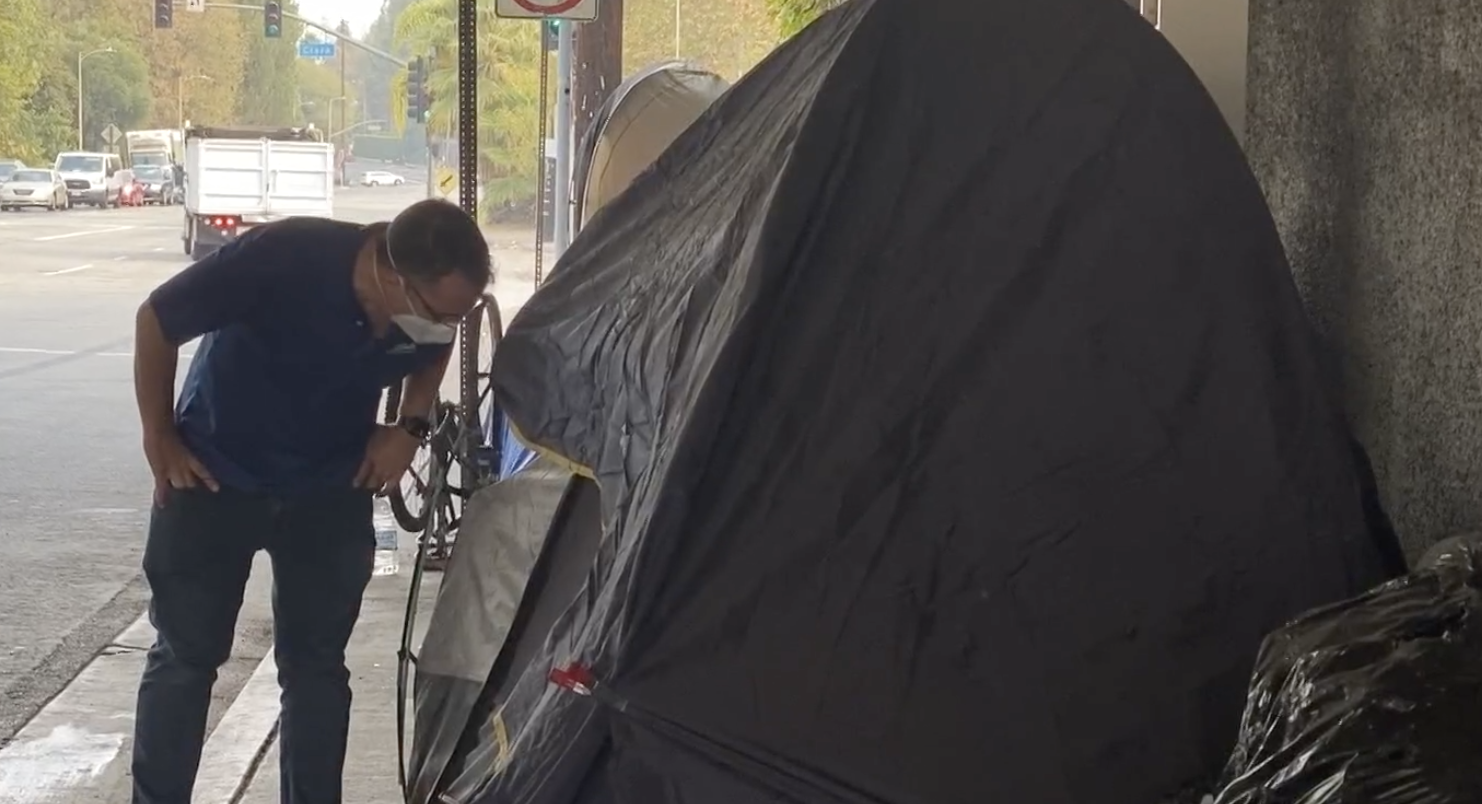 The new budget also includes more than $800 million to address homelessness, the most critical issue facing the City. Events of the past year, including the disproportionate impact of COVID-19 and attention to our history of racial injustice, have revealed a need to devote City resources to addressing inequities. Consequently, this budget includes numerous new programs which are designed to do just that, including a pilot program to provide a Guaranteed Basic Income to certain impoverished residents. And, while this budget provides important new funding for alternatives to traditional policing which may ultimately help divert certain 911 calls, it does not reduce critical LAPD funding.

This budget is also about helping stimulate the economy and helping local people and businesses get back on their feet. The Budget includes $25 million for restaurant and small business recovery and $25 million for business assistance programs in disadvantaged communities, $30 million for assistance to child care centers; $10 million for utility debt relief; and $10 million toward universal broadband, a program long championed by Blumenfield.

The Budget also includes funding for specific projects that will benefit residents of the West Valley: 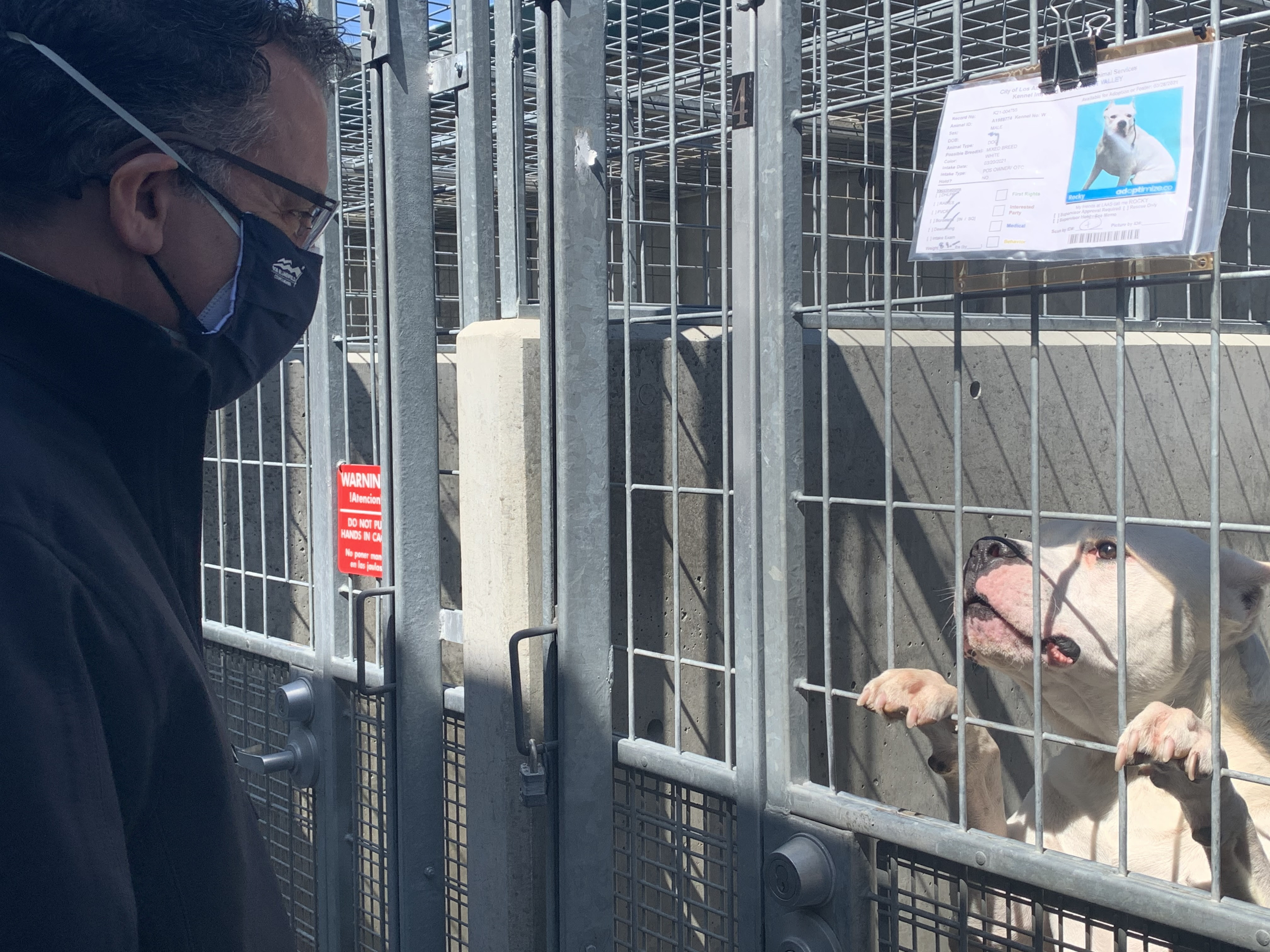 With the passage of this years budget, Councilmember Blumenfield is very proud that his effort to re-establish LAPD’s active involvement in the Los Angeles Animal Cruelty Task Force (ACTF) was successful. Established in 2005, their work led to over 30 felony arrests and helped get some of the most vile animal cruelty perpetrators off our streets.

“Animal cruelty is a crime and it must be treated as such,” said Blumenfield. “Now we will have more tools to properly address the criminals who engage in it and bring them to justice.”

This breakthrough would not have been possible without Melya Kaplan and Voice for the Animals. Blumenfield is so grateful for their partnership and all they do to help make our city safer, and better for animals.

Since the last recession, the ACTF had essentially been powered down, leaving the city with too few LAPD officers to conduct investigations to break the direct connection between animal abuse and human violence.  In this year's budget, Blumenfield was able to secure the funding for six officers to further the critical work of the ACTF alongside the Department of Animal Services and City Attorney. 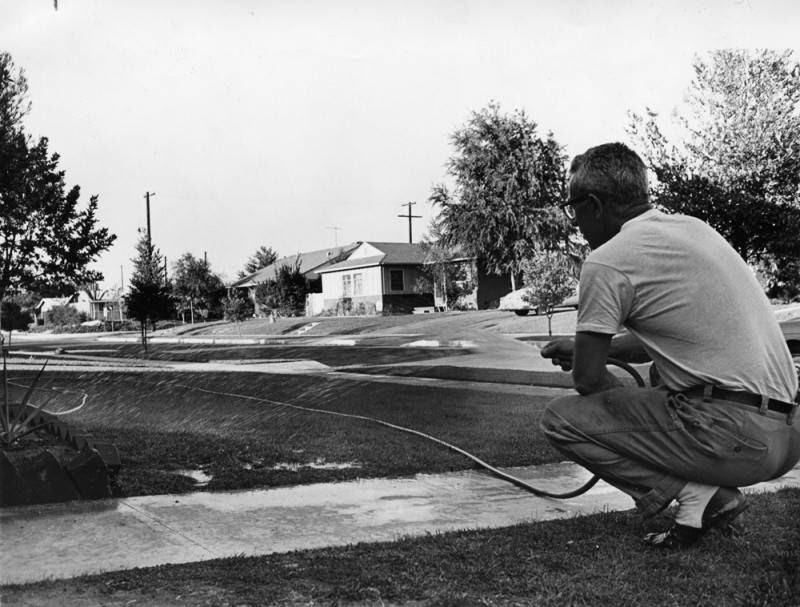 Team Blumenfield is partnering with the Los Angeles Public Library’s (LAPL) photo archive to highlight historic photos of the West Valley. This week we are highlighting a “day in the life” style photo of a man watering his lawn in Reseda, circa 1960. According to the digital archive, houses in Reseda at the time cost anywhere between $14,500-$30,000. Calculated to today’s price ranges, these houses would be valued somewhere between $130,000-$270,000 if the market conditions were the same today as the 1960s. In LA it's abundantly clear we need to build more housing for people at all stages of their lives, families, seniors, young people, who want quality housing they can afford that meets their needs. In the meantime, astronomically high rents are preventing renters today from becoming property owners and further exacerbating the homelessness crisis. LA also has made great strides in water conservation since the 60’s, encouraging drip irrigation and alternatives to green laws using native plants. Learn more about this photo here.