I’d like to share some important legislative updates from City Hall that have a direct impact on the West Valley. These include efforts to stop speeding in our community, curb illegal dumping, and move our city through the COVID-19 emergency.

Recently the City Council approved my district specific $606,000 funding package for comprehensive and targeted street safety improvements and speed reduction projects. The Department of Transportation has the ability to implement low-cost, readily-installed traffic safety measures on many streets to reduce speeding, improve safety, and enhance mobility for those who walk, ride or roll. The package of up to 70 new traffic safety measures will include traffic signals, left turn phasing, signal modification, and pedestrian crosswalk beacons. Streets with designated projects include residential side streets and major throughways such as Ventura Boulevard, Winnetka Avenue, and Sherman Way.

We also heard a series of motions pushing the Bureau of Sanitation and other departments and offices tasked with addressing illegal dumping to report back with extensive policy change and FY 22-23 budget recommendations with the goal of streamlining resources to settle illegal dumping issues within 48 hours and to prompt monitoring and prosecution of illegal dumping.

With COVID-19 cases declining in Los Angeles, pandemic policies and programs tied to the Mayor’s emergency declaration are coming to an end. Due to State and Federal funding available due to the emergency declaration, I am working with the City’s departments to establish a clear and predictable path to winding down the policies without negatively impacting ongoing funding and protections available for addressing homelessness, preventing unjust evictions, and supporting housing providers through rent and utility relief.

As always feel free to send me questions and comments at [email protected] or call my district office at 818.774.4330. 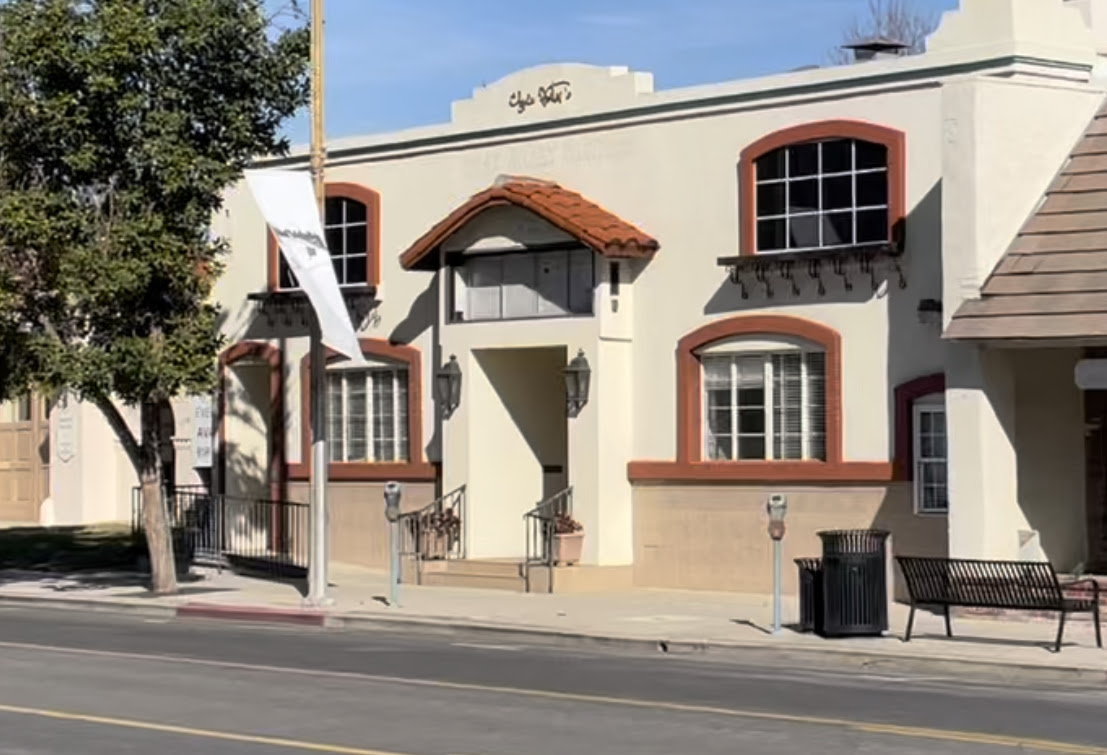 Councilmember Blumenfield introduced a motion to direct that the City-owned facility located at 7242 Owensmouth Avenue in Canoga Park be officially named the Taxco Theatre. This comes after community outreach and conversations with local stakeholders on ways to promote the rich and diverse history of Canoga Park. Since 1963, the sister city relationship between Canoga Park and Taxco, Mexico has bridged the two communities through art, student exchanges, annual visits, and extensive philanthropic works. In recent years, Blumenfield worked with the Friends of Taxco organization to promote a youth art exchange and further tie the artistic enrichment of both cities together.

A few years ago, Blumenfield helped purchase this facility, formerly called the Clyde Porter Theater home of the West Valley Playhouse, when it was up for sale and its future as a theater was in jeopardy. Legally, the City had to change the name and Blumenfield is grateful to all the community partners, especially the Canoga Park Women’s Club, for their support of this renaming.

The Taxco Theatre will be the only publicly-owned incubator for the performing arts in Southern California. It will serve to support the development of new and innovative productions and enjoy a symbiotic relationship with the Madrid Theatre. Between the Taxco and the Madrid, Blumenfield has secured well over $10 million to help make these venues state-of-the-art and construction will begin soon on major upgrades. 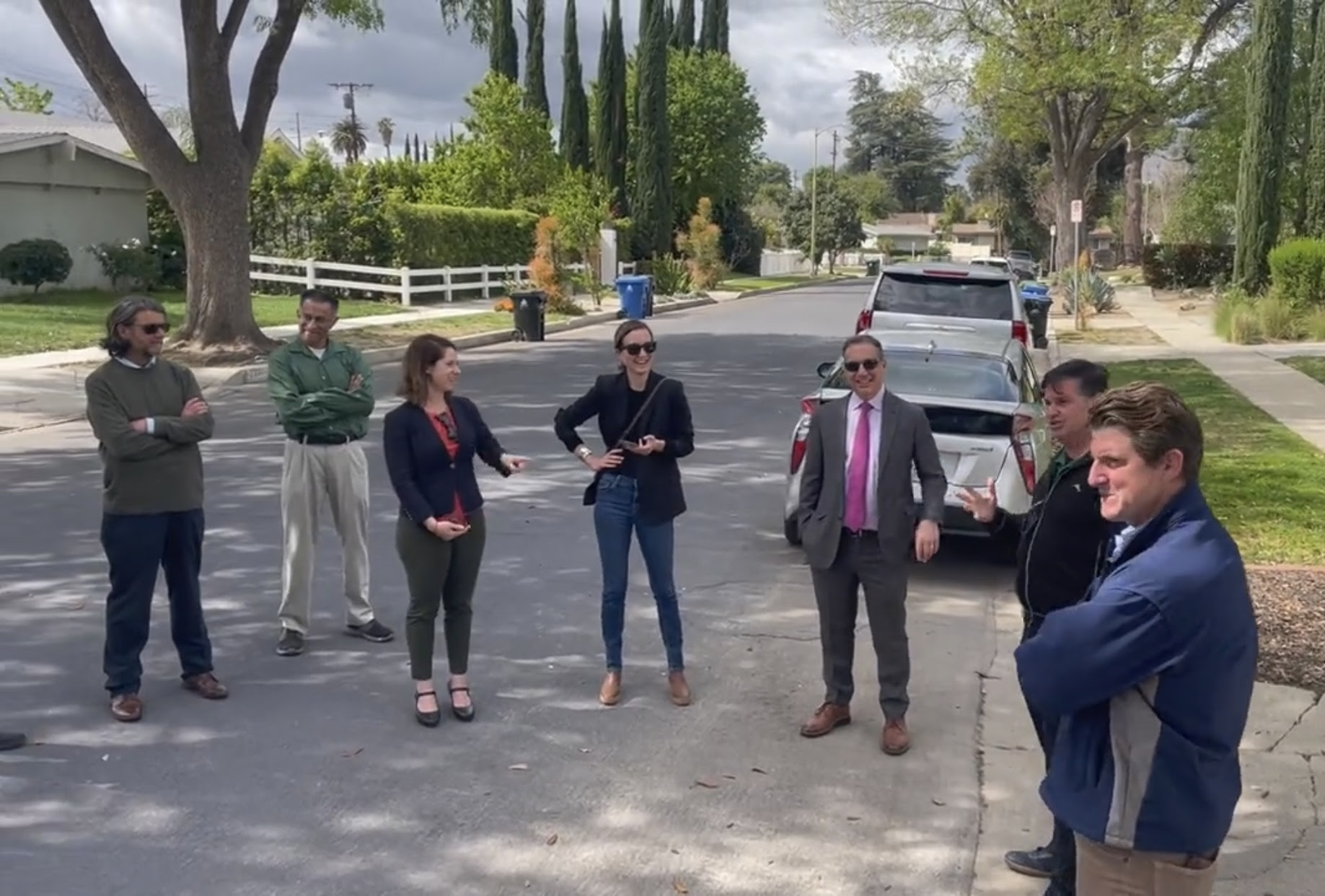 Last week, Senator Henry Stern and Councilmember Blumenfield led a tour of Canoga Park for key advisors of Governor Gavin Newsom to highlight some of the innovative projects that have been happening in the West Valley. They were joined by Greg Spotts from StreetsLA to present Blumenfield’s Cool Pavement effort in the district, which is lowering street temperatures. They walked through parts of the LA River to see first hand the issues caused by homelessness along the River as well as the progress made including the new bike/pedestrian infrastructure and how bringing in the MRCA rangers has helped cut through the multi-jurisdictional red tape. They also met with local artist JJ Lopez Cruz who has painted some incredible murals along Sherman Way and shared some Canoga Park history with guests.

In addition to progress with the Canoga Park Arts Hub mentioned in the article above,  Blumenfield recently helped secure a $30 million Active Transportation Grant (ATP) from the state specifically for Canoga Park which will upgrade our local infrastructure including new sidewalks, bike lanes, and more shade structures around transit stops.

This was a great tour and Blumenfield is excited to continue working with Senator Stern and friends at the Governor's Office of Planning and Research and the California Strategic Growth Council to help bring further investments and attention to the West Valley. Watch a recap of the tour here. 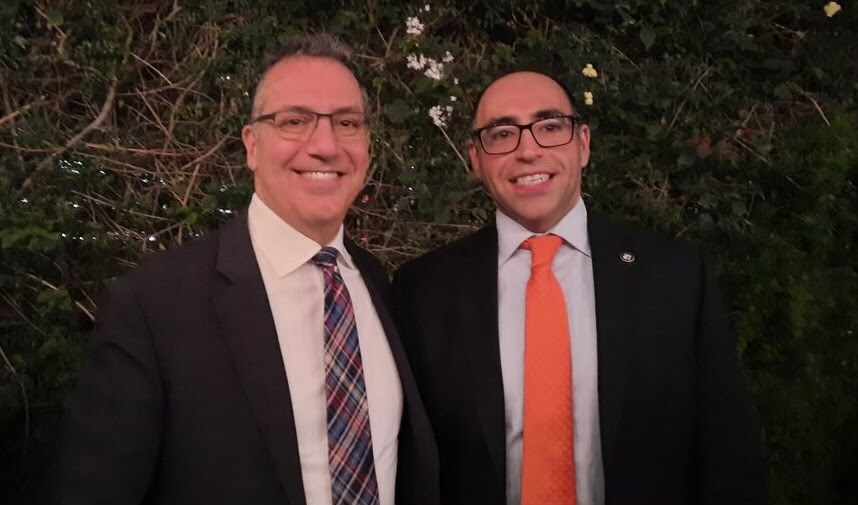 This week Team Blumenfield congratulates Vahid Khorsand on his recent appointment to the Board of Public Works. Most recently, Vahid has been serving as deputy planning director for Councilmember Blumenfield and previously he worked for Mayor Eric Garcetti in the Valley. He’s been a board member of several San Fernando Valley nonprofits and is the founding chair of the Inspirational Women of the San Fernando Valley sponsored by the United Chambers of Commerce. He was an appointed member of the LA Citywide Planning Commission from September 2017 to December 2020, the last two years in which he served as Vice President. Bringing his understanding of the needs of the West Valley to the Board of Public Works, Vahid will be well positioned to advocate for a fair share of city services and hold bureaus accountable to get the job done. 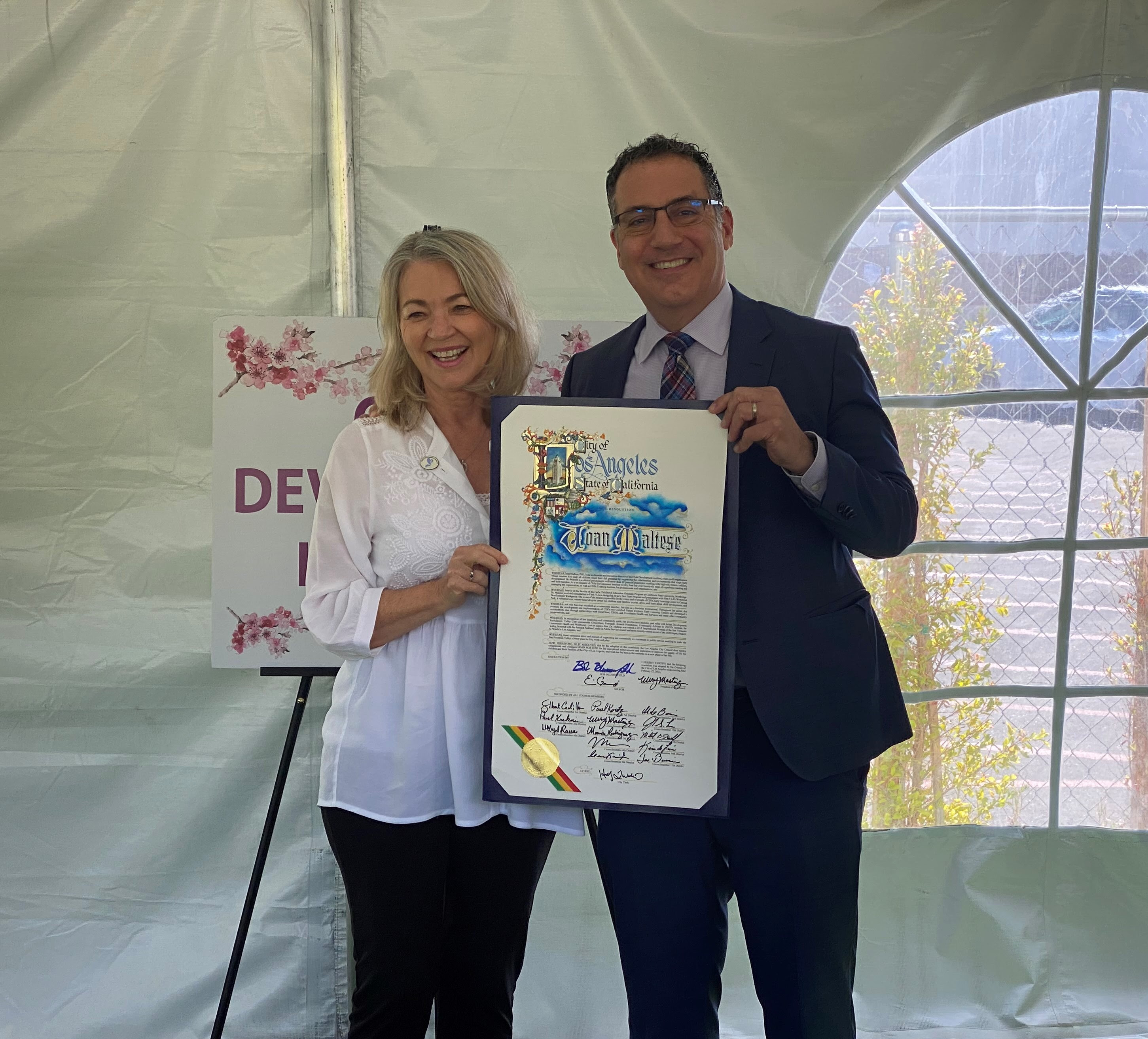 March is Women’s History Month and let us celebrate and thank all the women who make our families, community, and lives better. Earlier this week was International Women’s Day and Councilmember Blumenfield was honored to recognize Joan Maltese, Co-Founder and Executive Director of Child Development Institute (CDI). Joan has been the driving force behind CDI and expanding access to care and nurturing development for kids working towards reaching development milestones. Working with CSUN she has educated and mentored a new generation of care providers. 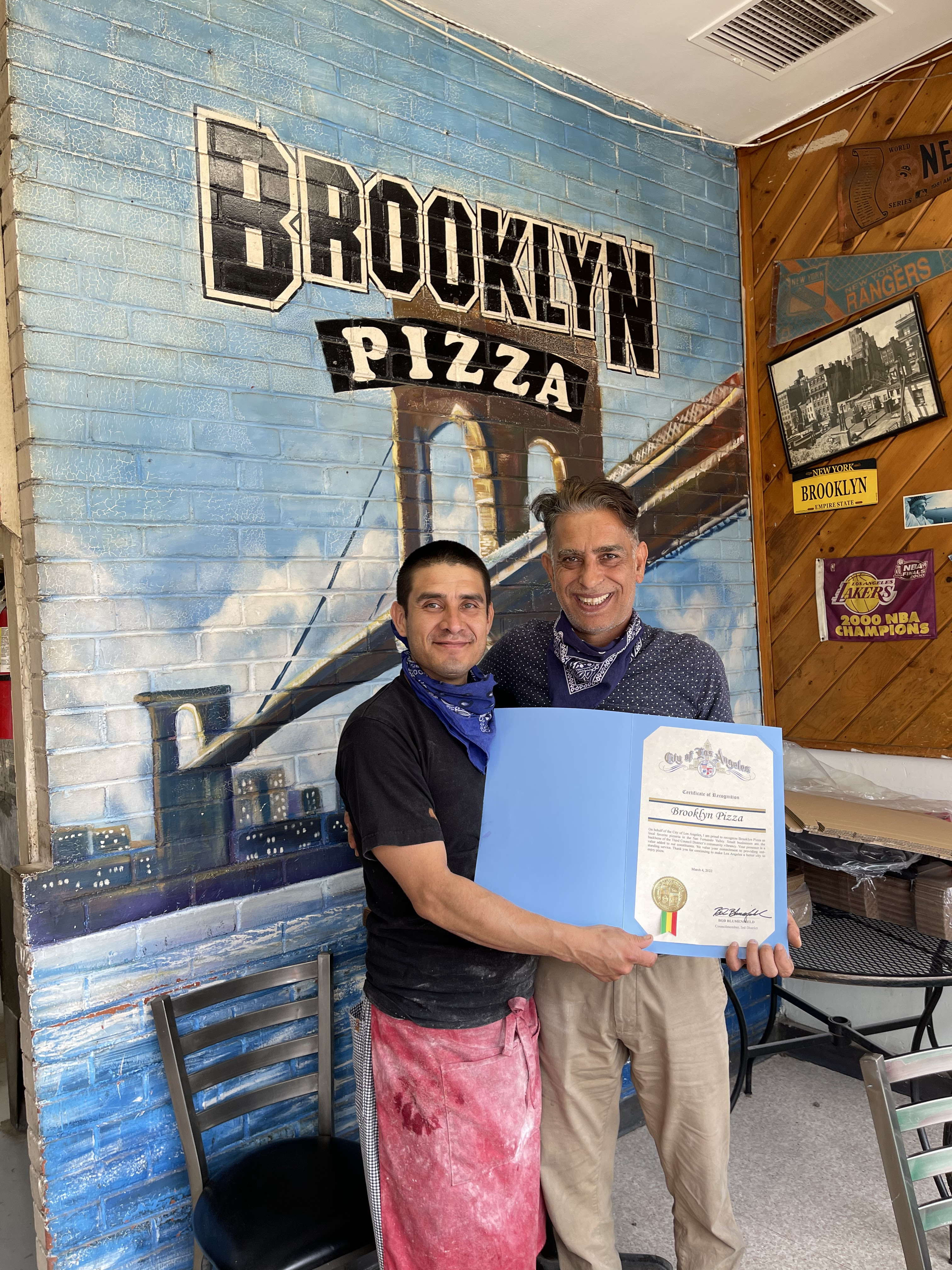 The West San Fernando Valley is fortunate to have a wide variety of restaurants to cater to all your cravings. From kebabs, tacos, sandwiches, sushi, ice cream and more, the West Valley has it all. Team Blumenfield loves the diverse food of the West Valley and recently went to Brooklyn Pizza in Reseda. A family owned and operated restaurant, Brooklyn Pizza has been serving the community for over 35 years. You can’t go wrong with anything from their menu, so be sure to check them out.

Cleaning and Greening the Valley 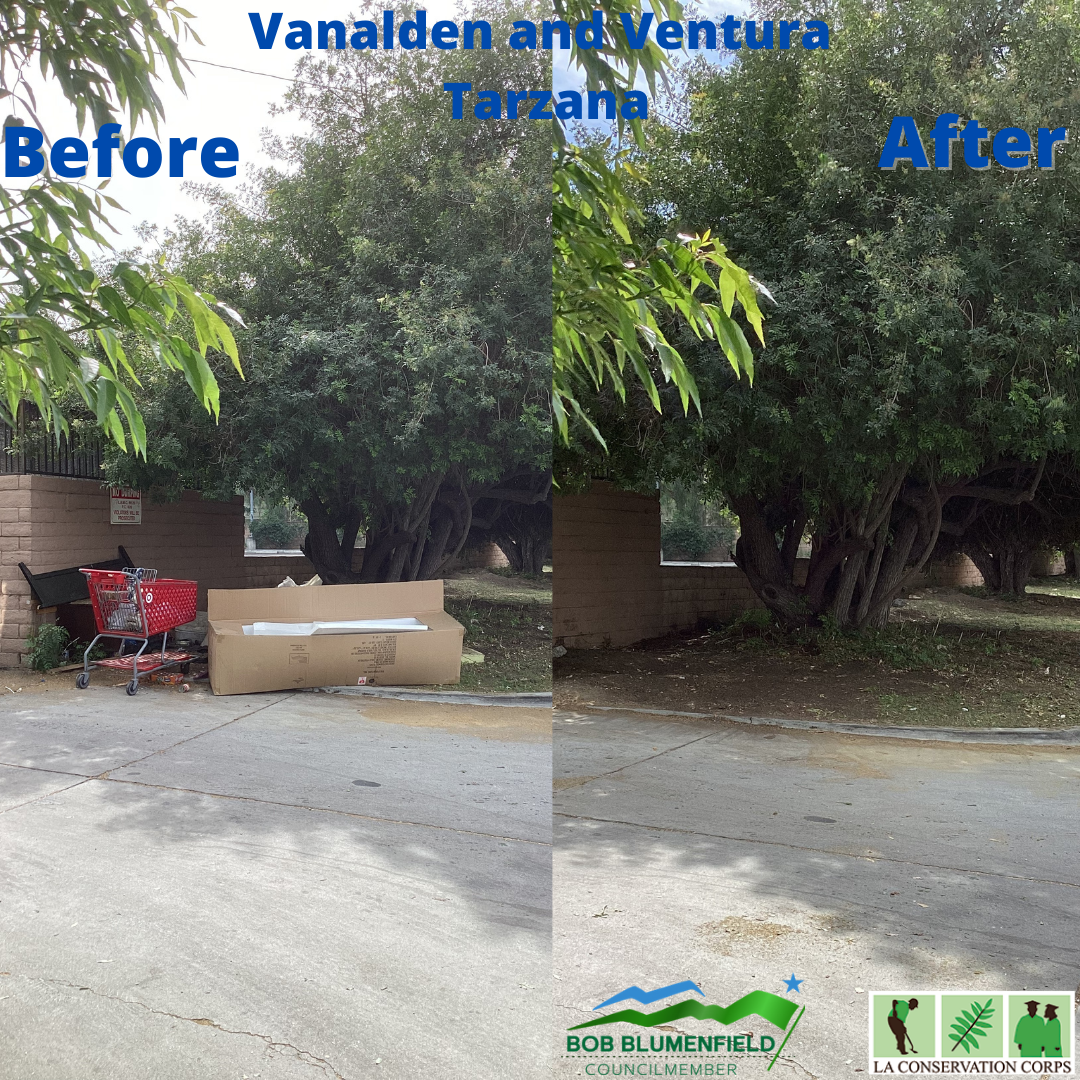 Improving the quality of life for residents of Council District 3 is a priority for Councilmember Blumenfield. Through district funding, Blumenfield has a dedicated team from the LA Conservation Corps to supplement the work of the LA Sanitation Department. Earlier this week, Blumenfield’s Corps Team was out in the community picking up bulky items and clearing storm drains of trash and debris. 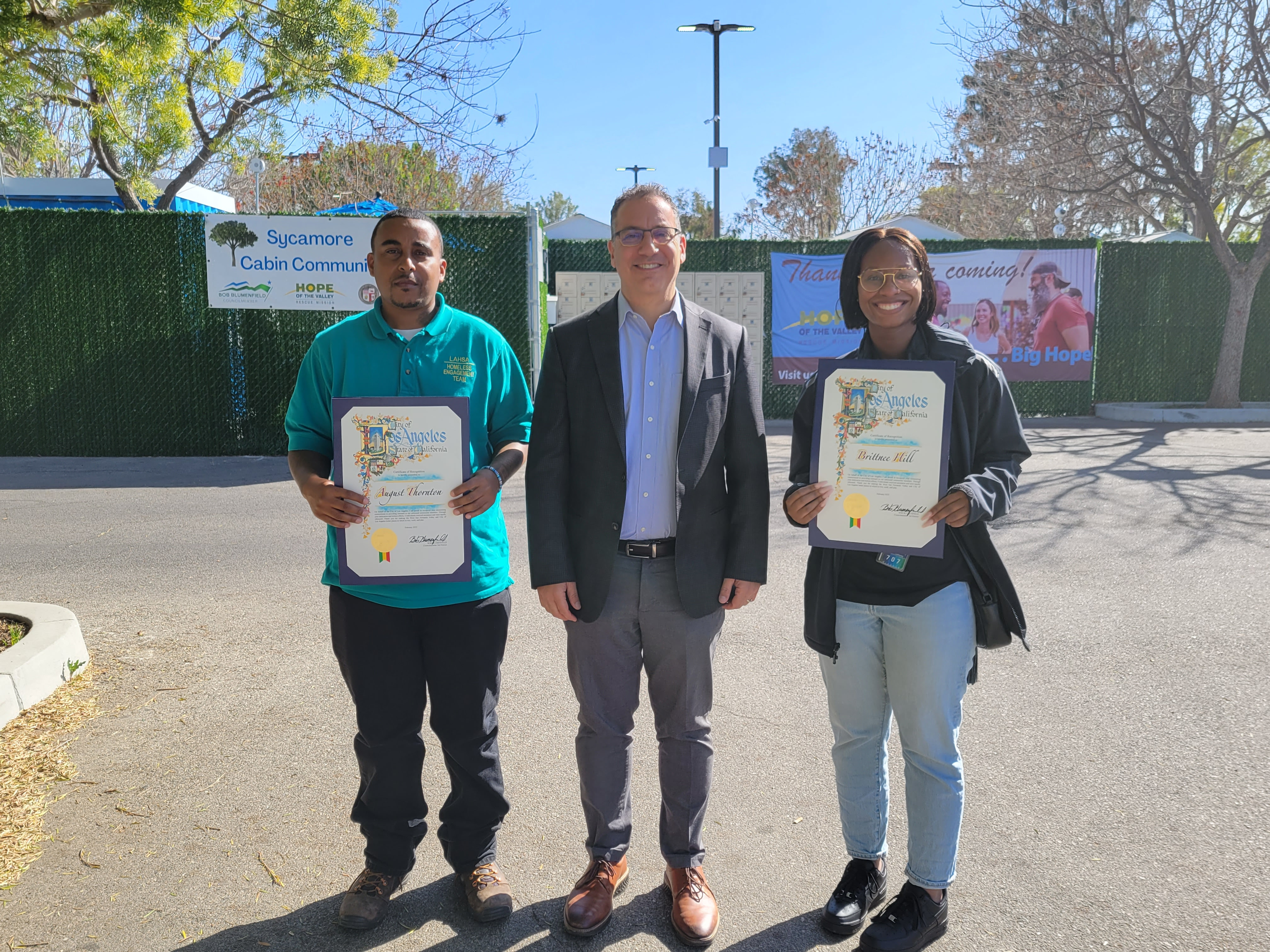 Blumenfield thanked LAHSA employees, Brittnee and August, who went above and beyond expectations by rapidly rehousing three individuals living unsheltered in the Third Council District. Through their diligence, shelter was immediately provided to the individuals at our Sunflower Cabin Community. 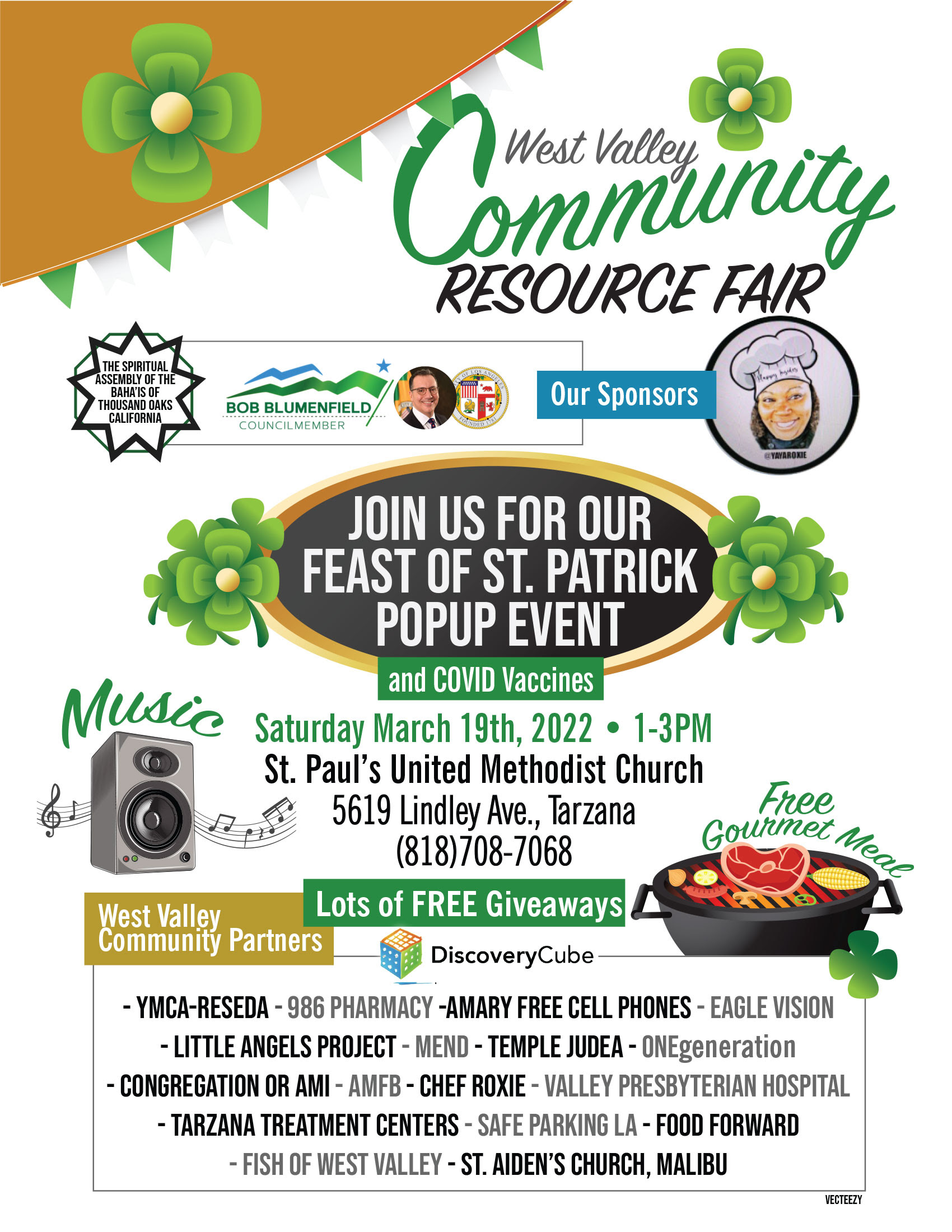 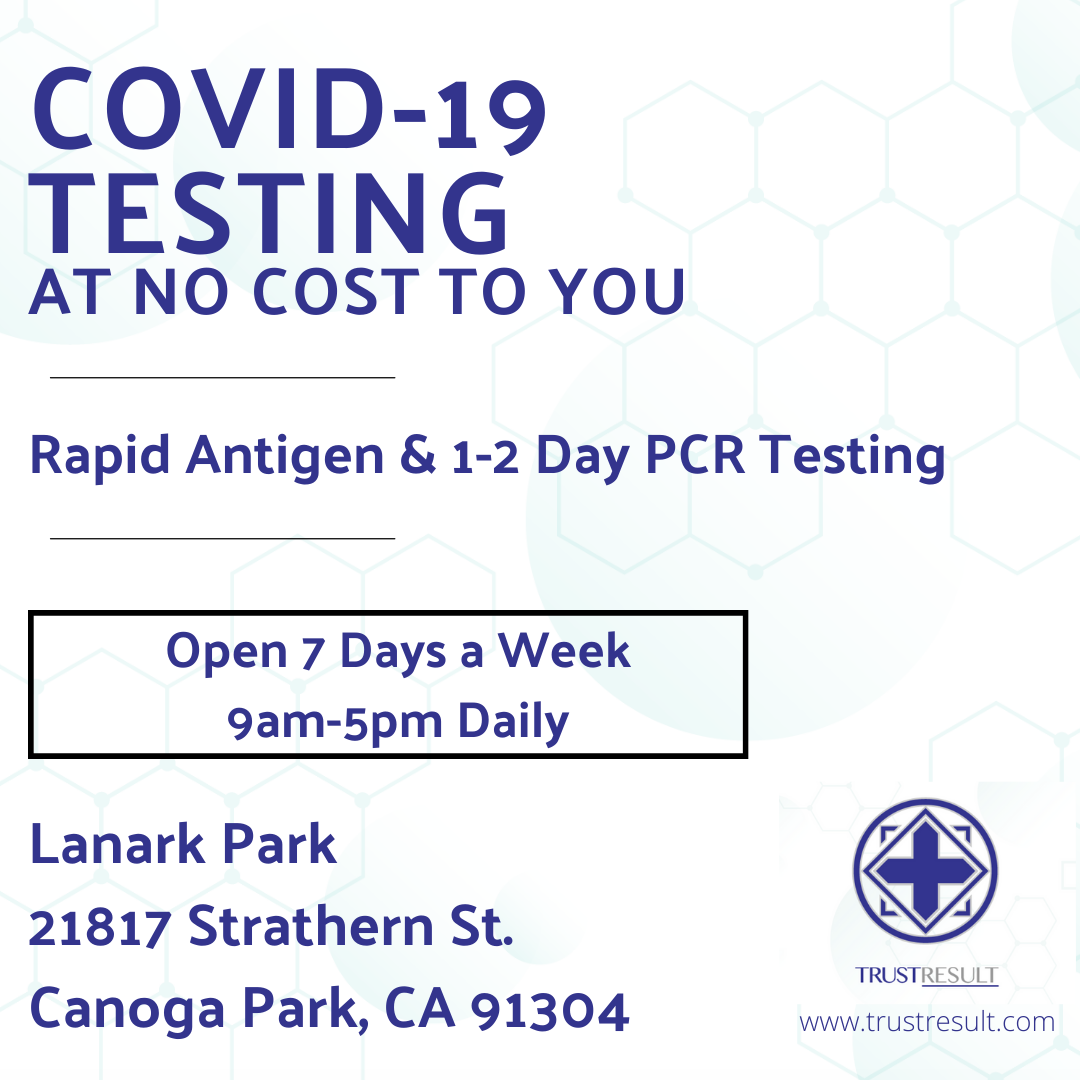 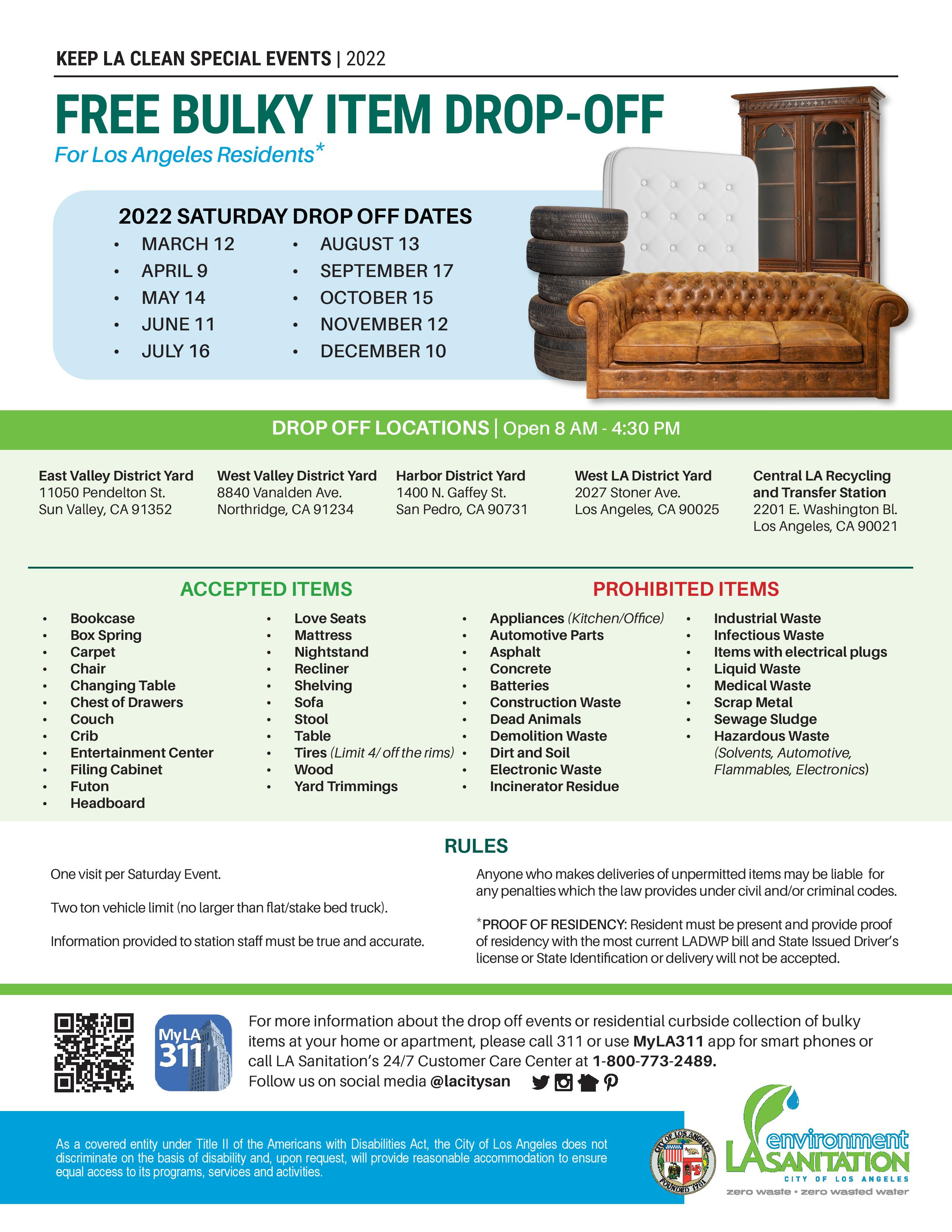 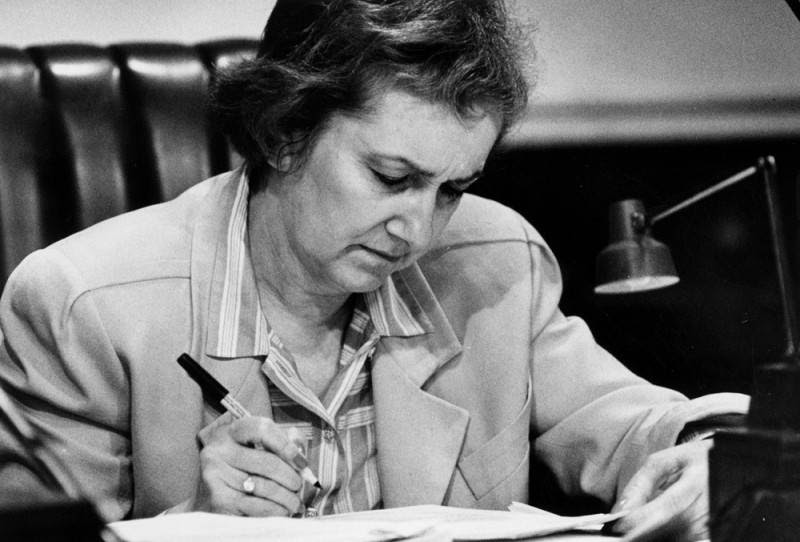 This week's photo from the Los Angeles Public Library's archives is from the Herald Examiner in 1987. Pictured above is Joy Picus, the first female member of the Los Angeles City Council from the San Fernando Valley. Joy was elected in 1977 and during her four terms, she advocated for pay equity, childcare and family leave, and environmental and educational issues.

Joy continues to be an active member in the community. Most recently, she worked with Councilmember Blumenfield to improve pedestrian and motorist safety by the Jewish Home’s Fountainview campus. Joy and residents of Jewish Home advocated for a left turn traffic signal at Victory and Wilbur in Reseda and Blumenfield delivered. The left turn arrow allows motorists turning left from Victory onto Wilbur to do so without having to judge the speed of oncoming vehicles in opposite lanes, improving traffic safety for those traveling on one of the West Valley's major thoroughfares.