An abridged version of this article appeared in the LA Daily News on April 19, 2020

Exploring a solution for homelessness has been vexing, heartbreaking and frustrating. As a City we have allocated more than $1 billion, yet more people are on the street despite the progress we’ve made toward new temporary and permanent housing.  The COVID-19 crisis has created a new health urgency to get people off the street and into temporary beds at Recreation Centers including Woodland Hills and local hotel/motel rooms.

Homeless people were already dying on the streets at an alarming rate, but the Pandemic could exponentially increase those numbers in ways that would shock the conscious of even the most callous among us.  Furthermore, the pandemic has made it painfully clear that the horrid conditions people without shelter live in do not just impact the greater community’s mental health/conscious, but can literally impact its physical health as well.

When the pandemic is over, we will be at a homelessness crossroads and have to decide whether to return people back to the streets or find the fortitude and funding to keep them sheltered — even if those shelters are less than ideal.

In the past basic shelters such as safe parking, tiny houses, hotel/motel repurposing, and sanctioned encampments as we’re seeing at the Westside VA  have been opposed both by homeless advocates who viewed it as an abandonment of the higher, more noble vision of permanent housing and by community activists who believed that such housing would degrade their neighborhood and would be a magnet for more homelessness.

I did not imagine that it would be possible to unite these two opponents around the common purpose of providing more shelters until a few days ago when I met with Judge David O. Carter of the US Central District Court in California who is presiding over a lawsuit against the city of Los Angeles for failing to protect public health and safety and to provide homeless shelters. Honestly I was very apprehensive about meeting the Judge that blocked Orange County’s effort to clear homeless camps along the Santa Ana River trail, but who ultimately helped put together a settlement which forced more shelters to be opened. Since Judge Carter was coming to my district to see firsthand the unique aspects of homelessness we face in the city’s West Valley, I wanted to show him. 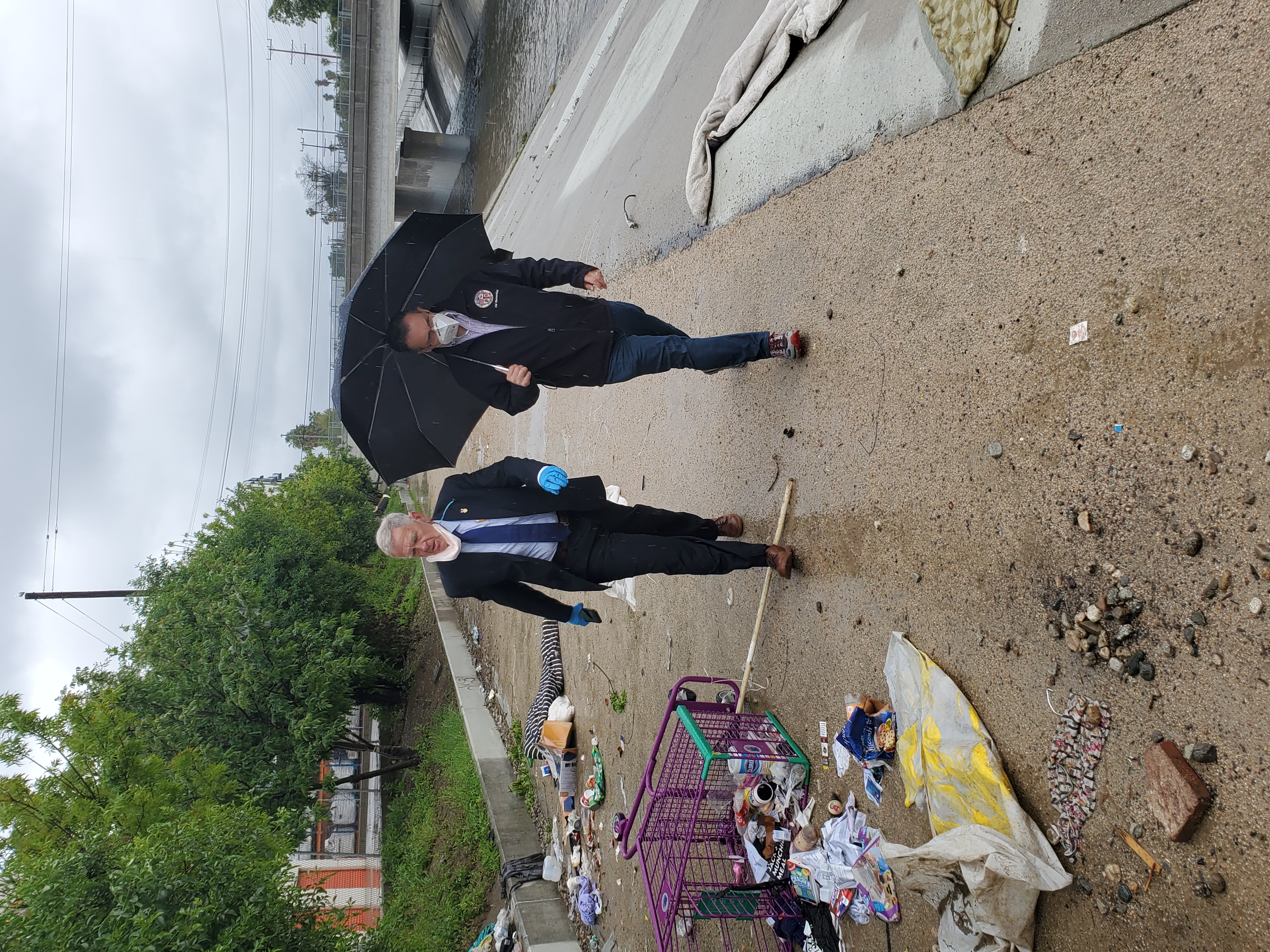 I candidly shared my concerns about the restrictions, impractical mandates and contradictory rulings that his Federal Courts have foisted upon the City when it comes to addressing homelessness.  This included the recent ruling (Garcia) that makes it extremely difficult to remove bulky items, the ‘Boise’ decision that neutered anti-camping laws, the Jones settlement that dealt with sleeping on the sidewalks, etc.  All of these decisions partly explains why encampment hot spots appear to be growing, creating greater health and safety issues despite the fact that more people have been provided shelter over the past several weeks than ever before.

I let him know how I get many complaints from legitimately frustrated local residents about our encampments, and about the anger many of them justifiably express.  We talked about how frustrated the police get with the rules and how crazy it is that someone can literally be killing themselves with drugs or be severely mentally ill but not be ‘gravely disabled’ enough under State law to be forced into treatment or safe shelter.

He endured my complaints about restrictions, impractical mandates and contradictory rulings that his federal courts have foisted upon the city when it comes to addressing homelessness.  I showed him our Recreation Center temporary shelter, bridge housing site, safe parking area and unique treatment programs.  But, I also took him deep into our most dense encampments, tent and trash filled riverbed and bikeways, and underpasses where the sidewalks are not passable and children are forced to walk into the busy street to get to school.  I let him know about the heavy resistance and anger that some express when it comes to homeless encampments and shelters in their neighborhood.

I also told him about our heroic volunteer LA River Walkers and Watchers who try to keep the river pathway clean both by doing regular cleanups and by reaching out to homeless people in need.  And, we spoke about the many other amazing West Valley people and non-profit groups who reach out every day to provide food and services to those in need.  Included among these caring people are the volunteers that comprise my homelessness community action team (BobCAT) as they are always making good things happen.

He not only listened, but he wholeheartedly agreed that the current situation is unacceptable. Looking at shopping carts and encampment related trash, he was genuinely disturbed and believed that it should be cleaned up – despite the court rulings that make it so difficult.   And, he saw the very real problem of many people suffering on our streets.  He also recognized that focusing on the ideal endgame of housing could stymie the immediate need to lock-in and build on the COVID-19-related shelter capacity increases – an improvement that many homeless advocates herald.

Importantly, he also recognized that the West Valley’s situation, like each area of the city, is unique, so a one-size-fits-all solution isn’t the answer.  But, most importantly, Judge Carter sees that in order for local communities to welcome and want to provide more shelter in their neighborhood, they need it to be tied to the enforcement of anti-camping, bulky item and overt drug usage laws in their neighborhoods.

Judge Carter offered a potential avenue for escaping the shelter incentive paradox.  As a federal judge he can settle the pending court case by helping forge a consent decree, a negotiated settlement that would supersede all of the prior court rulings. Los Angeles could strike a legally binding bargain, agreeing to provide a certain amount of shelters for the homeless in exchange for the ability to enforce anti-camping, bulky item removal, and other laws.  A ballpark goal would be beds for 60 percent of the total number of unhoused.

Most importantly, we could potentially sign consent decrees by council district rather than citywide. Such an agreement on a district basis would be extraordinary. It would transform a seemingly impossible task into one that might actually be achievable.  Each district in Los Angeles is bigger in population than 99 percent of America’s cities —different solutions and incentives could be made possible by district consent decrees.

An achievable goal refereed through a district specific consent decree could possibly unite those whose main desire is to see people lifted out of homelessness with those whose main goal is to see their communities return to being free from encampments.  It could quite possibly provide a light at the end of the tunnel that we so desperately need.

The devil is always in the details. But, I truly hope that we can work with Judge Carter, the plaintiffs, the mayor and the other council districts to forge district specific consent decrees and a future where more homeless people have shelter and where everyone feels more hope and pride in themselves and their community. 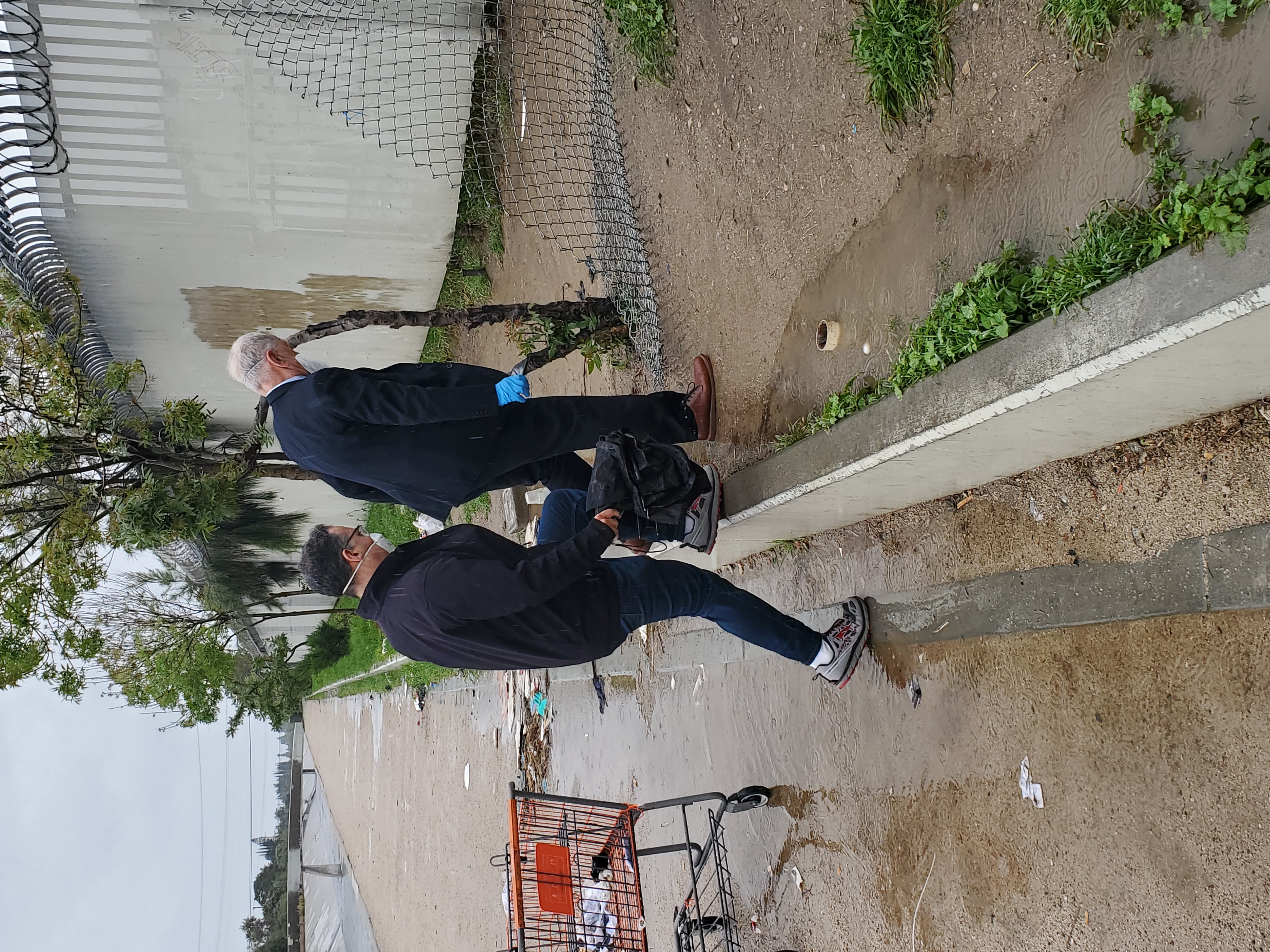