From my family to yours, wishing you a happy and a healthy new year! As your Councilmember, I look forward to continuing all of the progress we have made and the important work of bettering our communities in 2022 and beyond. Below are some of the best memories and moments from 2021.

Thank you for giving me the opportunity to serve you. Please do not hesitate to contact my office for assistance with any issue or question. For more updates and photos from the year that was and the year to come, be sure to follow me on Instagram, Twitter, and Facebook. 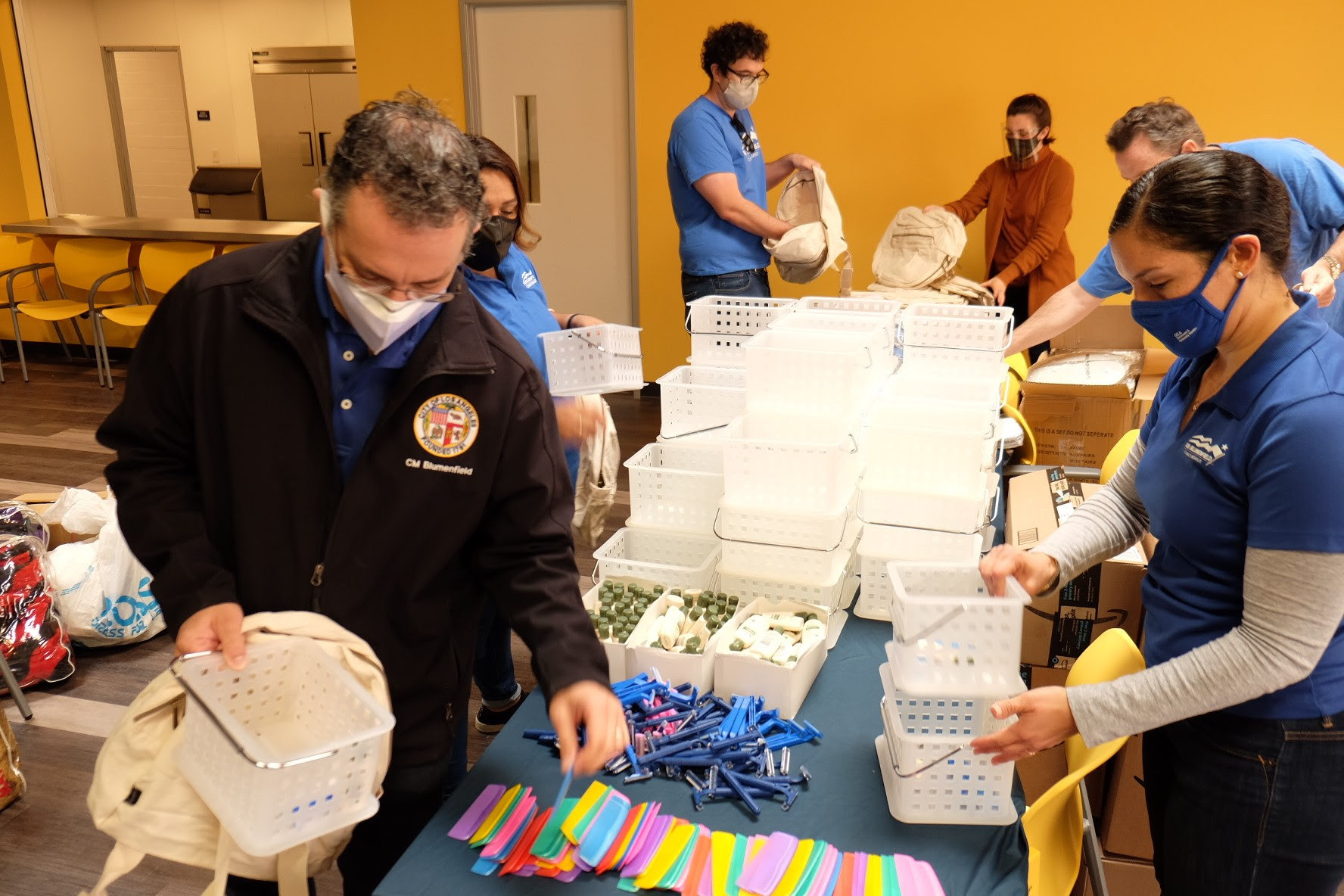 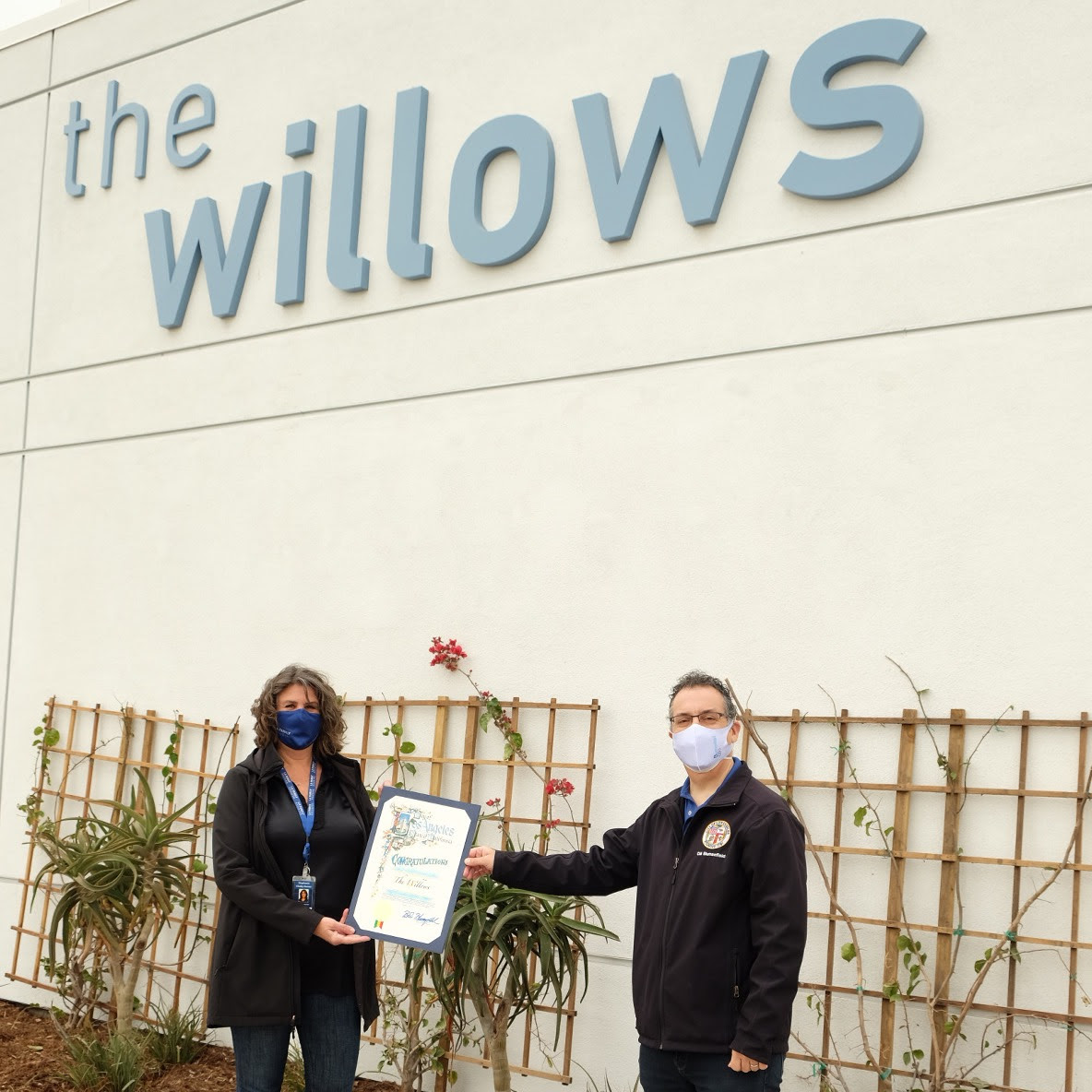 In early January, Team Blumenfield organized welcome kits for new residents at the Willows, the West Valley's first Bridge Housing site in Canoga Park. The Willows opened on February 1 and is home to 80 individuals and there are many critical amenities and resources onsite including case management, space for animals and larger quarters for couples. 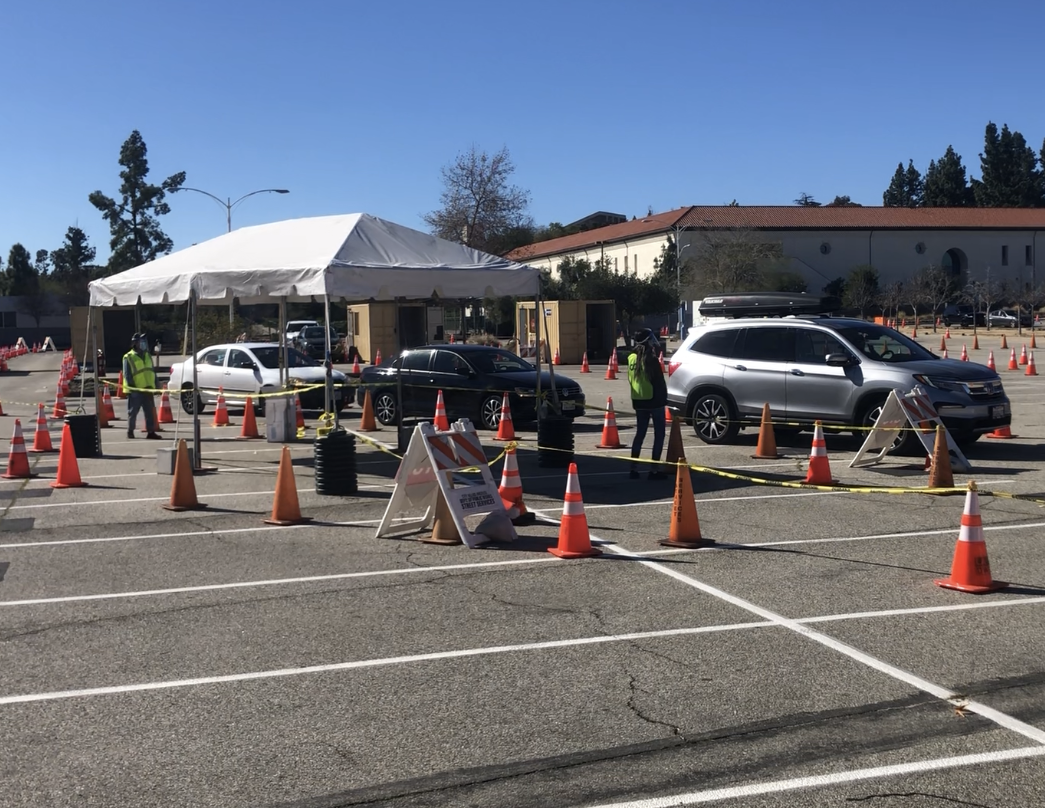 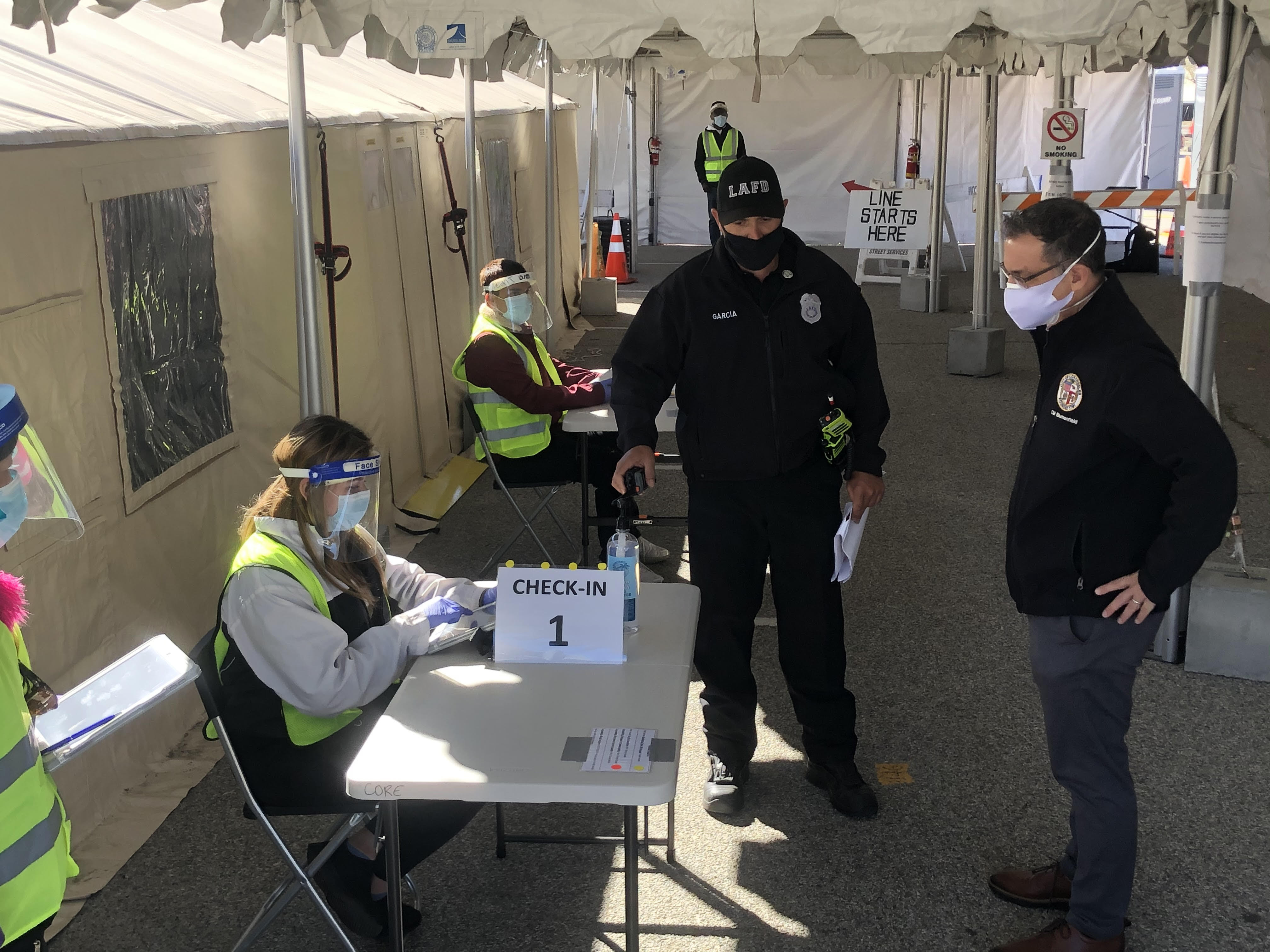 As vaccines became available, Blumenfield helped to bring the COVID-19 vaccine site to Pierce College, and over 80,000 people got their shots there. 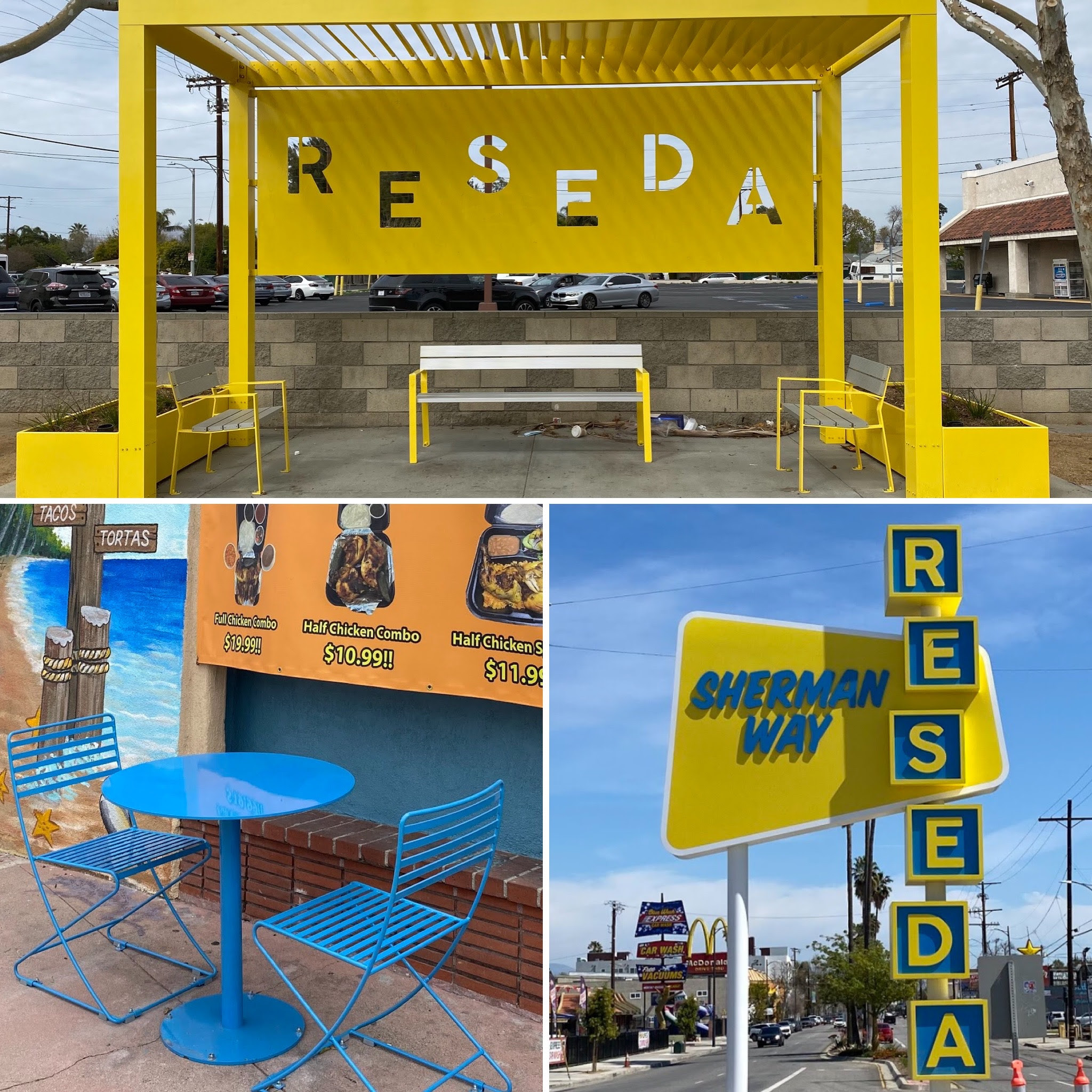 Construction was completed on the Sherman Way Great Street project between Wilbur Avenue and Lindley Avenue. Launched by Councilmember Blumenfield in 2014, this $3.5 million streetscape project is helping to beautify and revitalize Reseda's commercial core and it is providing greater safety for all road users. The improvements include new "Reseda" monument signs on Sherman Way near Lindley and Wilbur, new trees and landscaping in the medians and sidewalks along the entire 1-mile stretch of Sherman Way, a new pedestrian crossing at Sherman Way/Capps, new street furniture, a mini-roundabout at Hart Street/Baird Street, and more. Councilmember Blumenfield held an in-person, masked meeting with Reseda residents who requested it to answer questions about the cabin community that was under construction on the parking lot of his District Office. Blumenfield had been actively communicating with nearby residents about this project since Fall 2020 in an effort to be transparent and forthcoming whenever any homeless services are being developed in his district. 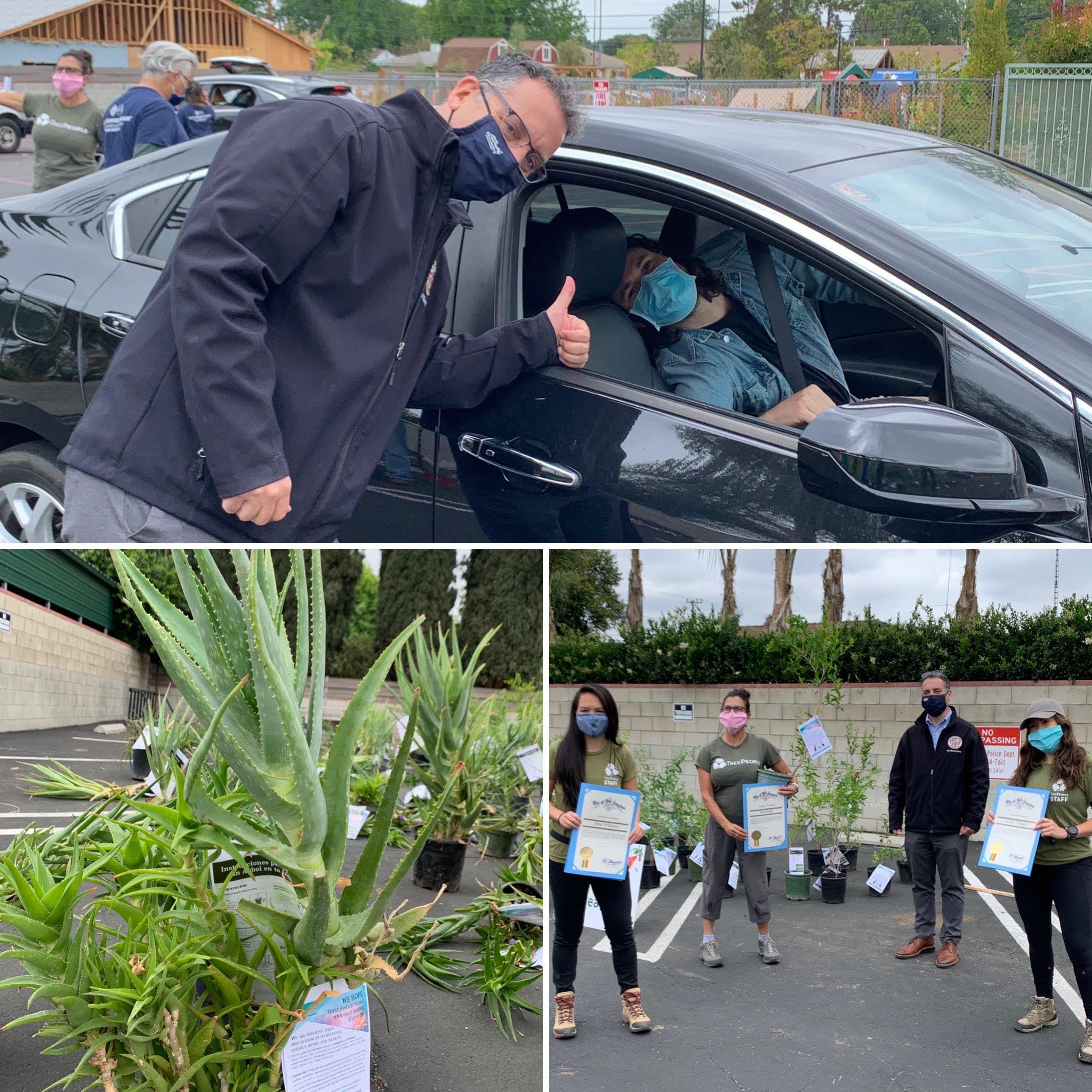 Blumenfield partnered with TreePeople, MTO Shahmaghsoudi and Child Development Institute to give away free pomegranate trees and aloe plants. 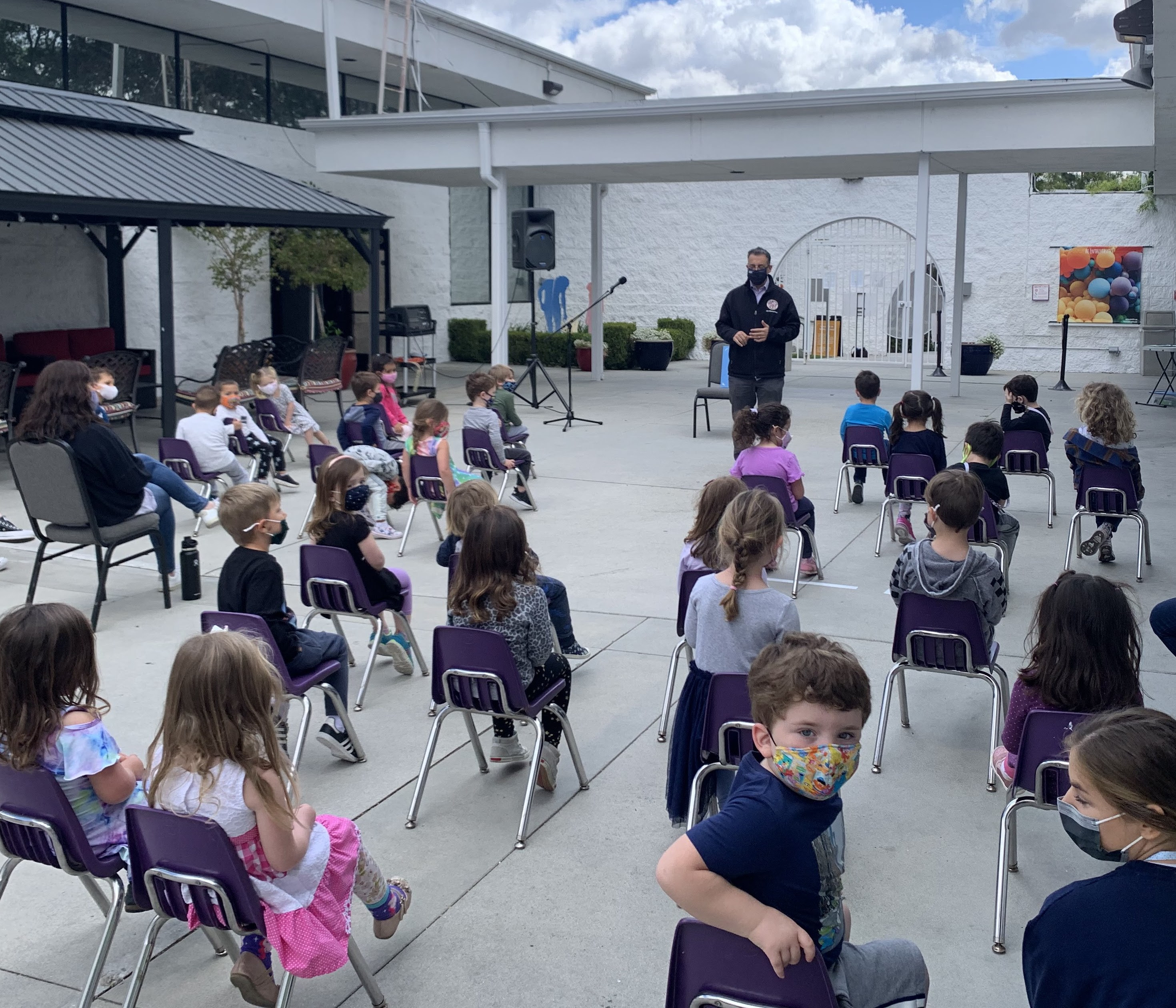 Councilmember Blumenfield visited Temple Aliyah as part of the synagogue’s “Community Helper Week.” At this first in-person (masked and socially distanced) visit with children in over a year, Blumenfield had an opportunity to say hi to kids and their parents and talk about public safety and how the City helps people in hard times. 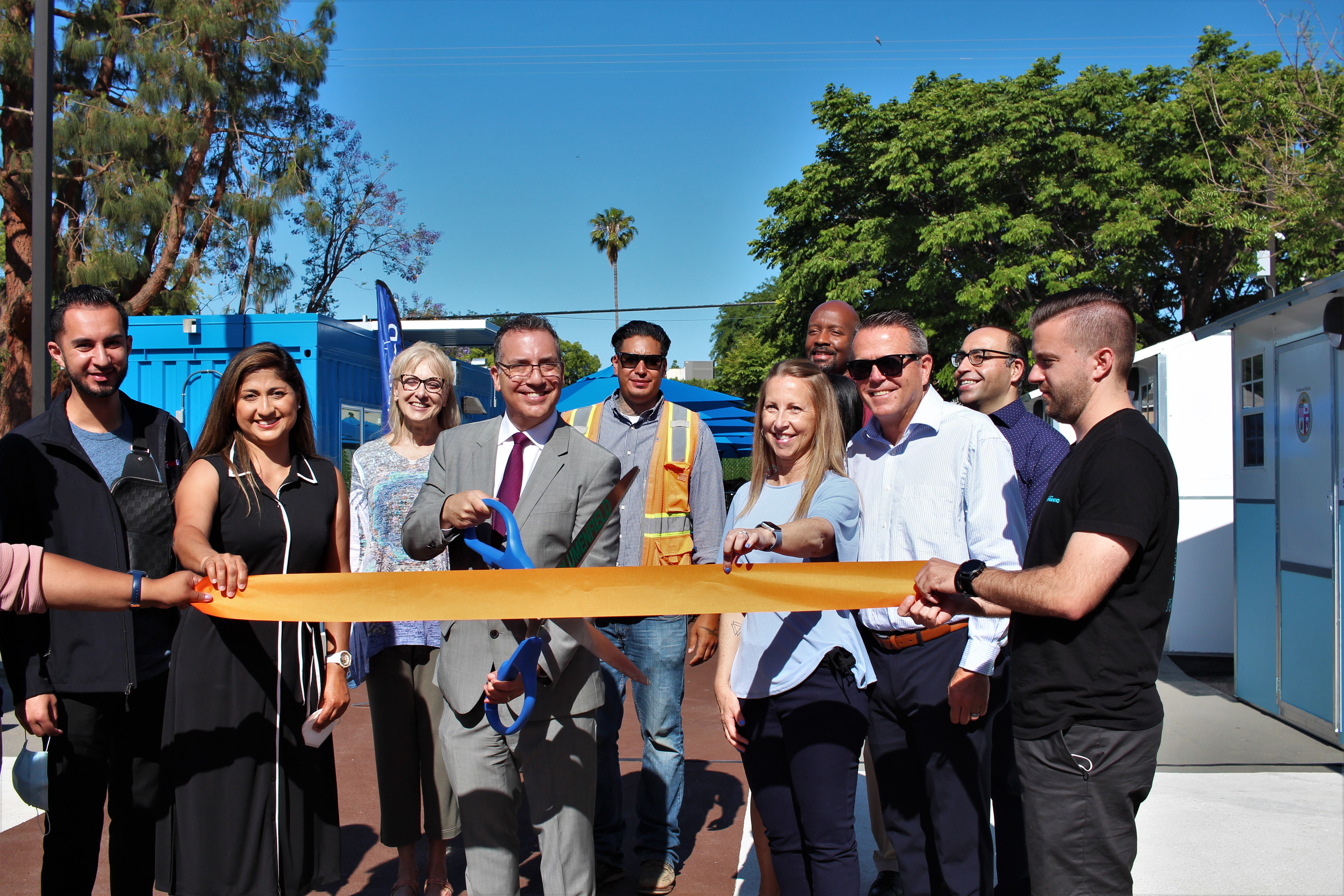 Blumenfield celebrated the grand opening of the Sycamore Cabin Community in Reseda, the first of its kind in the West Valley. These 52 tiny homes are for those experiencing homelessness on nearby streets and will offer AC/heat, laundry, meals, restrooms & case management and counseling. 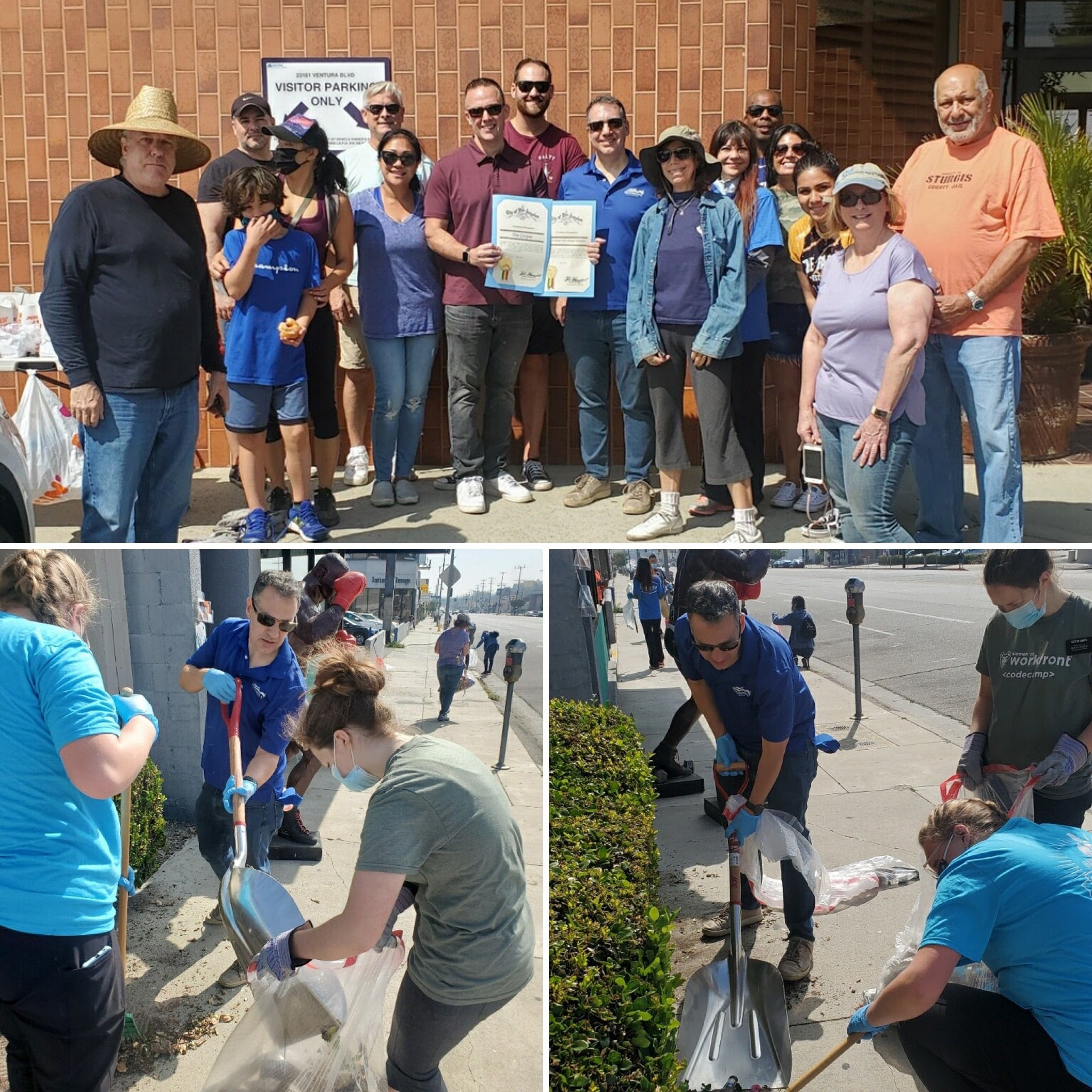 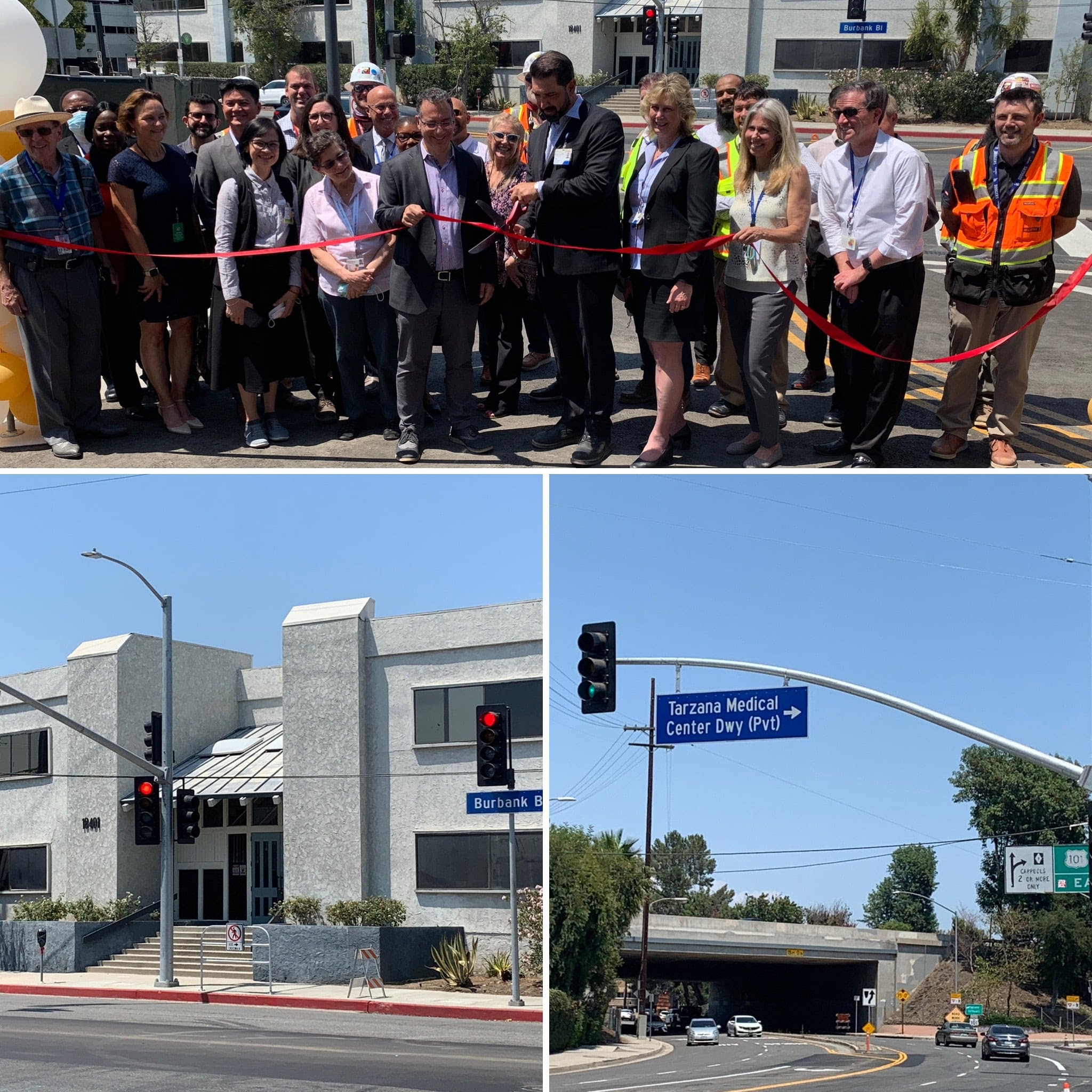 Blumenfield joined friends from Providence Cedar Sinai Medical Center as the first completed public benefit project from their $540 million expansion was unveiled- a brand new traffic/pedestrian signal on Burbank Blvd., between Reseda Blvd. and the 101 freeway. 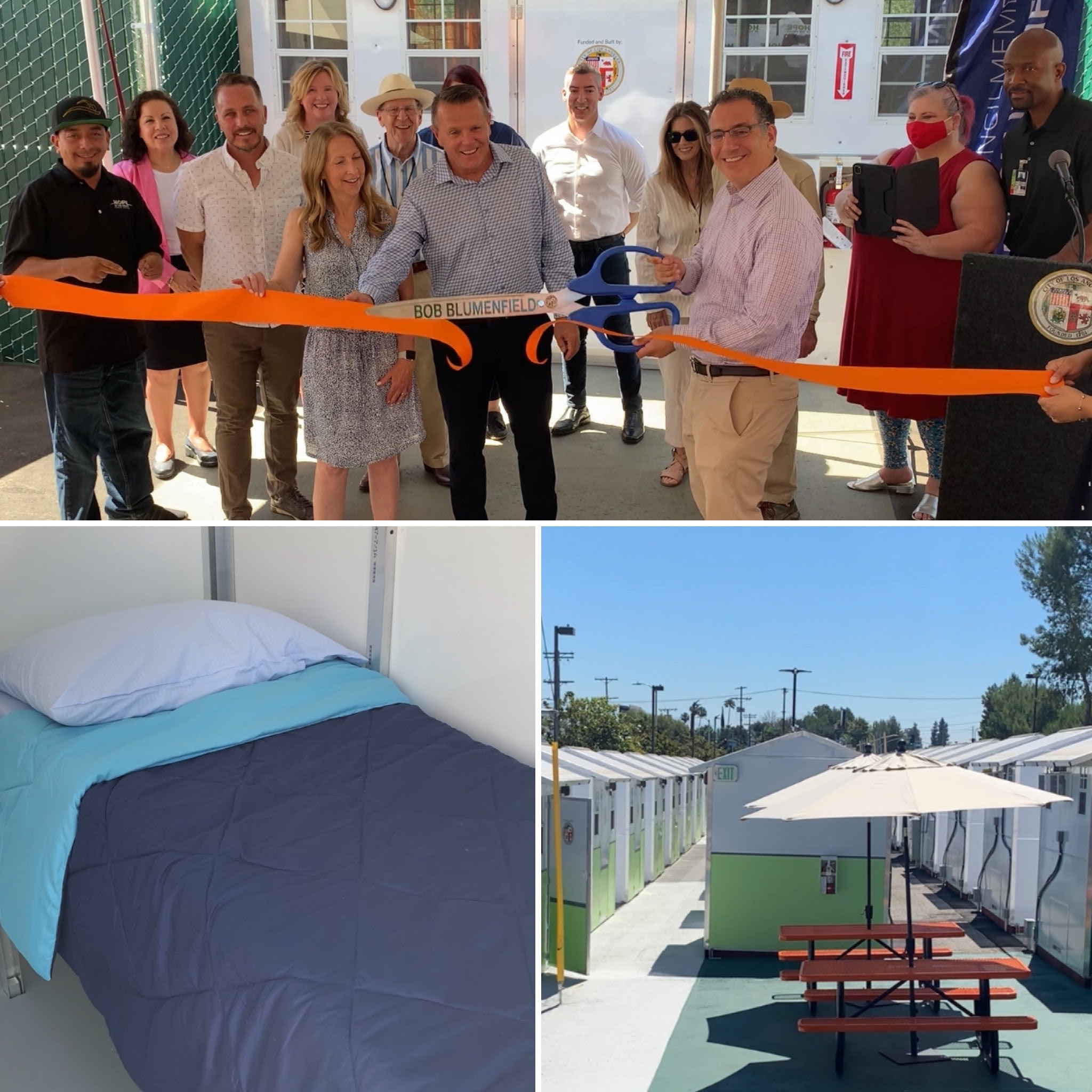 Councilmember Bob Blumenfield and Hope of the Valley Rescue Mission (HotV) opened the West Valley’s latest Cabin Community in Tarzana for local unhoused Angelenos. The ‘Sunflower Cabin Community’ boasts over 70 tiny homes with 140 beds that are now available to those experiencing homelessness on the streets of the West Valley. 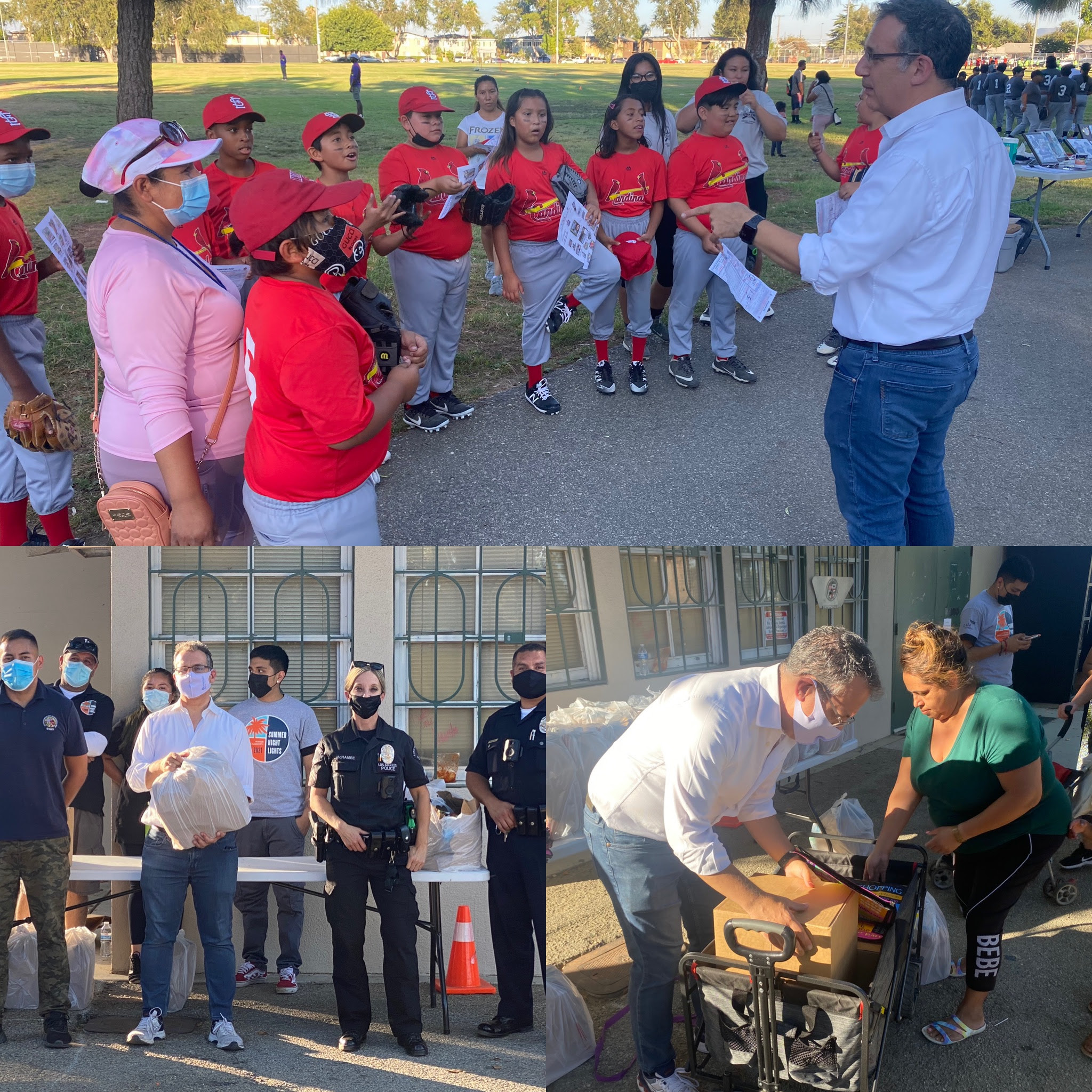 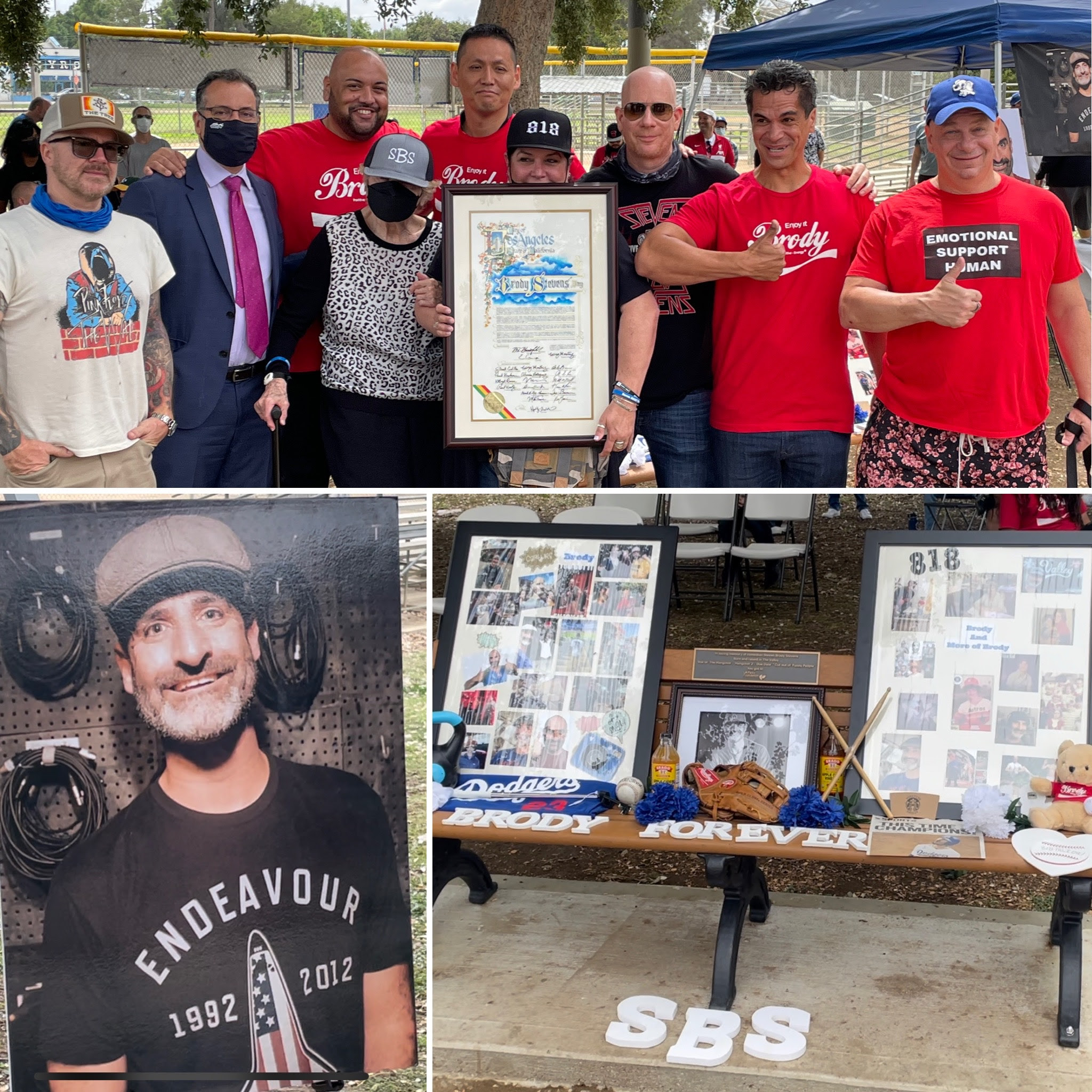 Blumenfield declared August 18 (818), Brody Stevens’ Day, in honor of the late comedian and San Fernando Valley native. Stevens was a legendary and unique standup comedian who was in many films and television shows from The Hangover to Late Night with Conan O’Brien. Beloved by his fans and fellow comedians, Stevens performed all over the world. But, regardless of where he was, he would always share his love for Reseda, the Valley and Los Angeles. 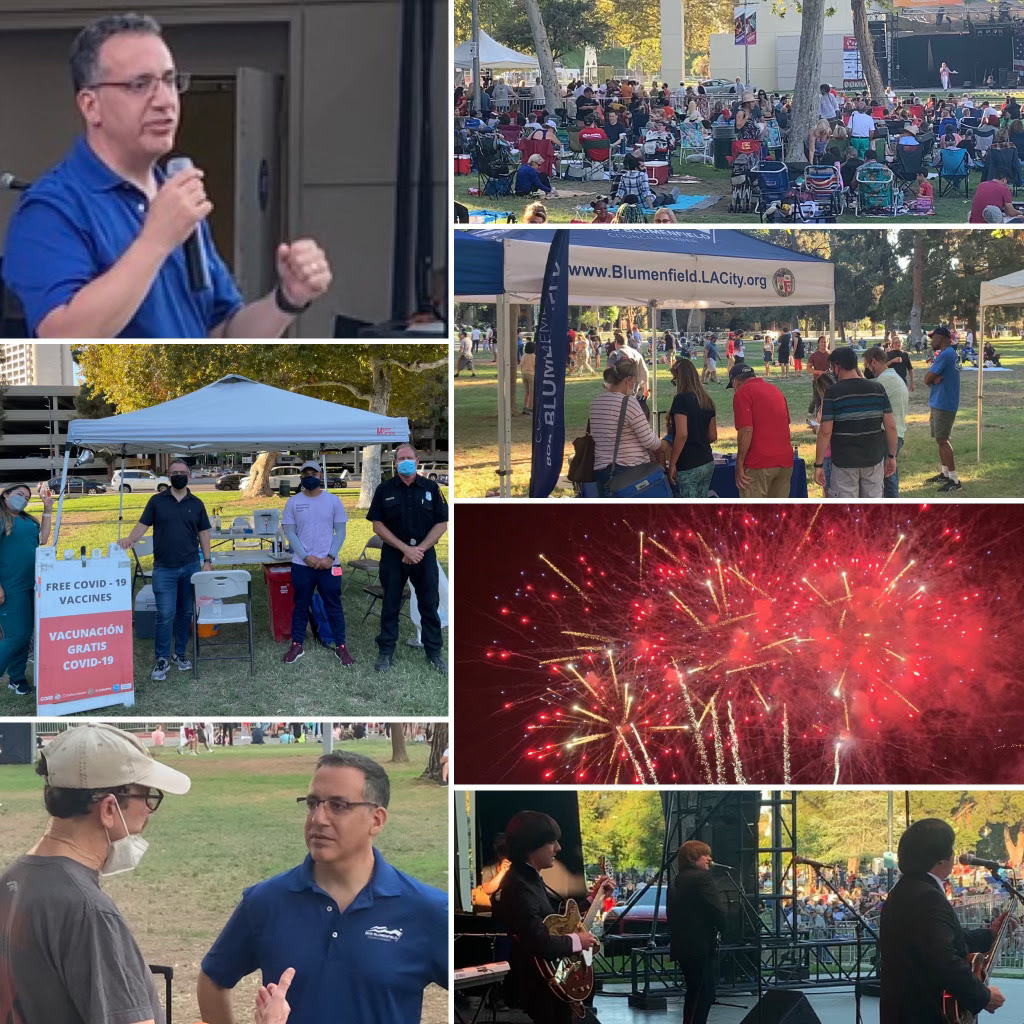 Despite the ongoing pandemic, Blumenfield was proud and happy to sponsor both the Movies and Concerts at Warner Ranch Park. These events brought a sense of normalcy that brought together family, friends, and neighbors. 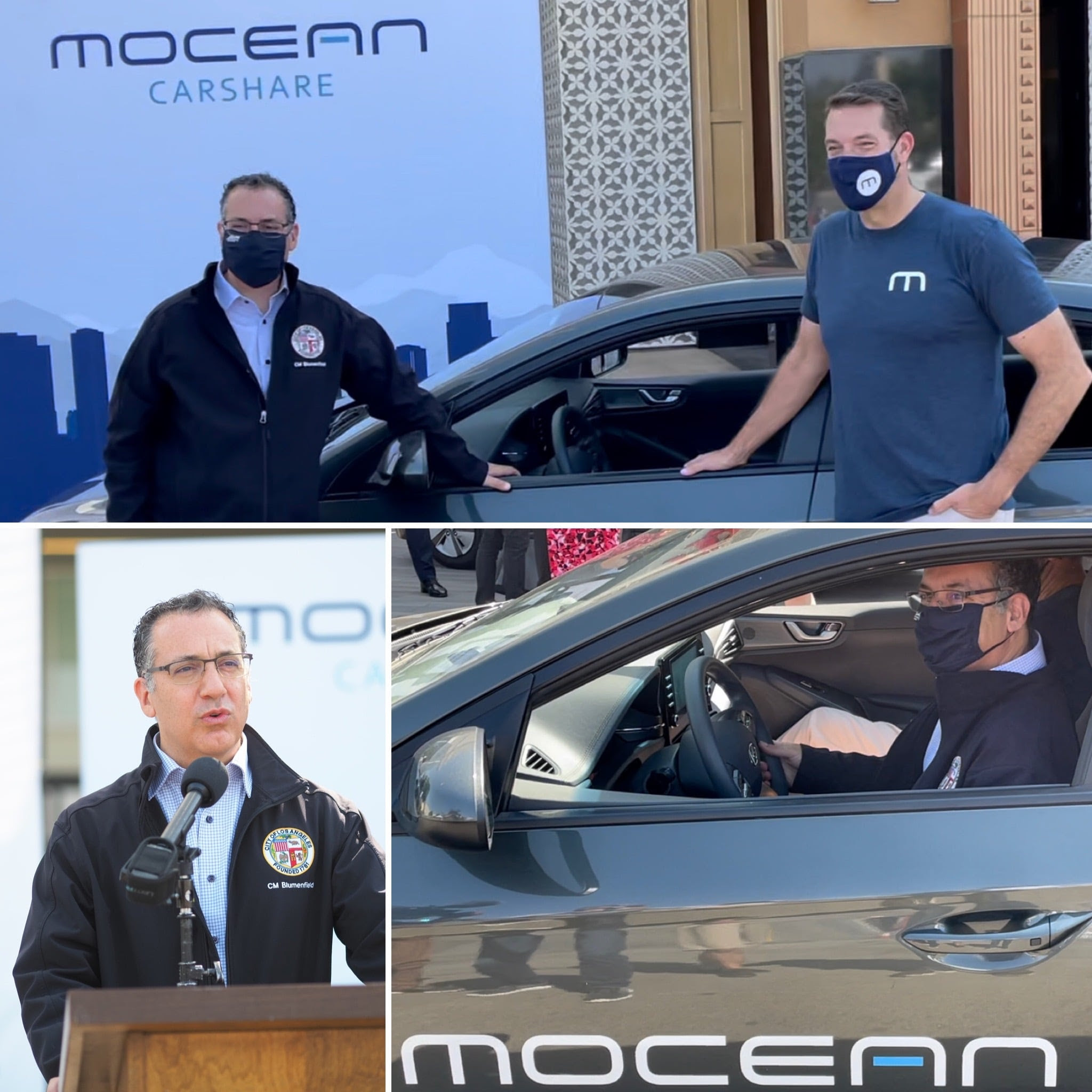 Providing a new service for people who use transit or don’t own vehicles, Blumenfield joined local mobility leaders to welcome Mocean Carshare to Warner Center. This low-cost carshare service fosters sustainability, helps fight traffic and reduces parking needs. It is the latest step in Blumenfield’s effort to encourage transit ridership and reduce dependence on automobiles in Warner Center. 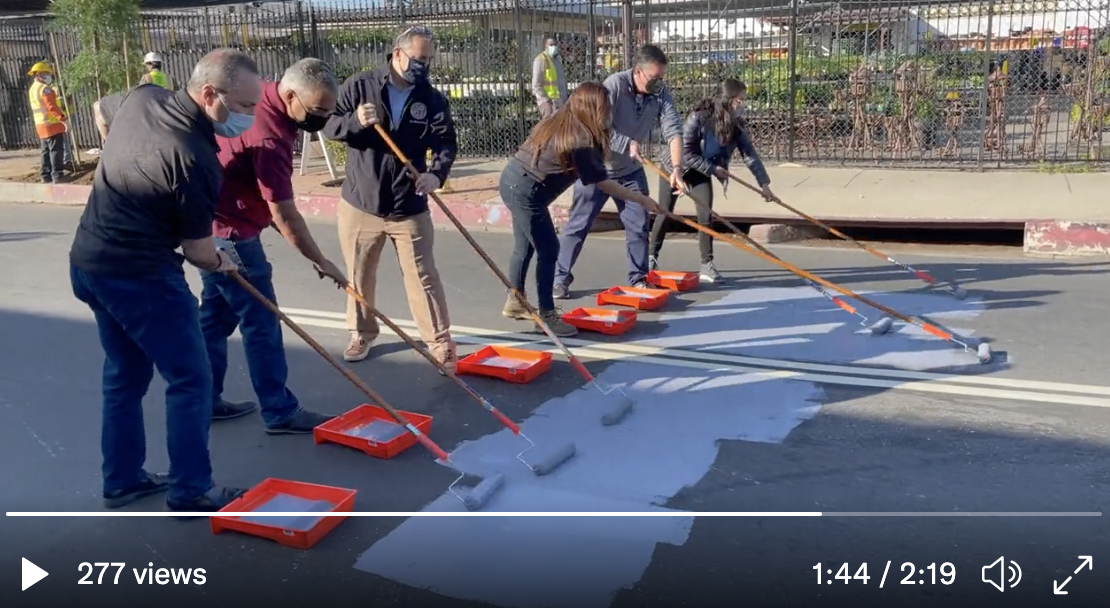 Councilmember Blumenfield launched the next phase of 'Cool Pavement' in the West Valley. By the Summer of 2022, this cooling technology will be applied to 25 more streets in Canoga Park, lined by 280 new trees, which will help lower the heat island effect in the hottest area of our city. 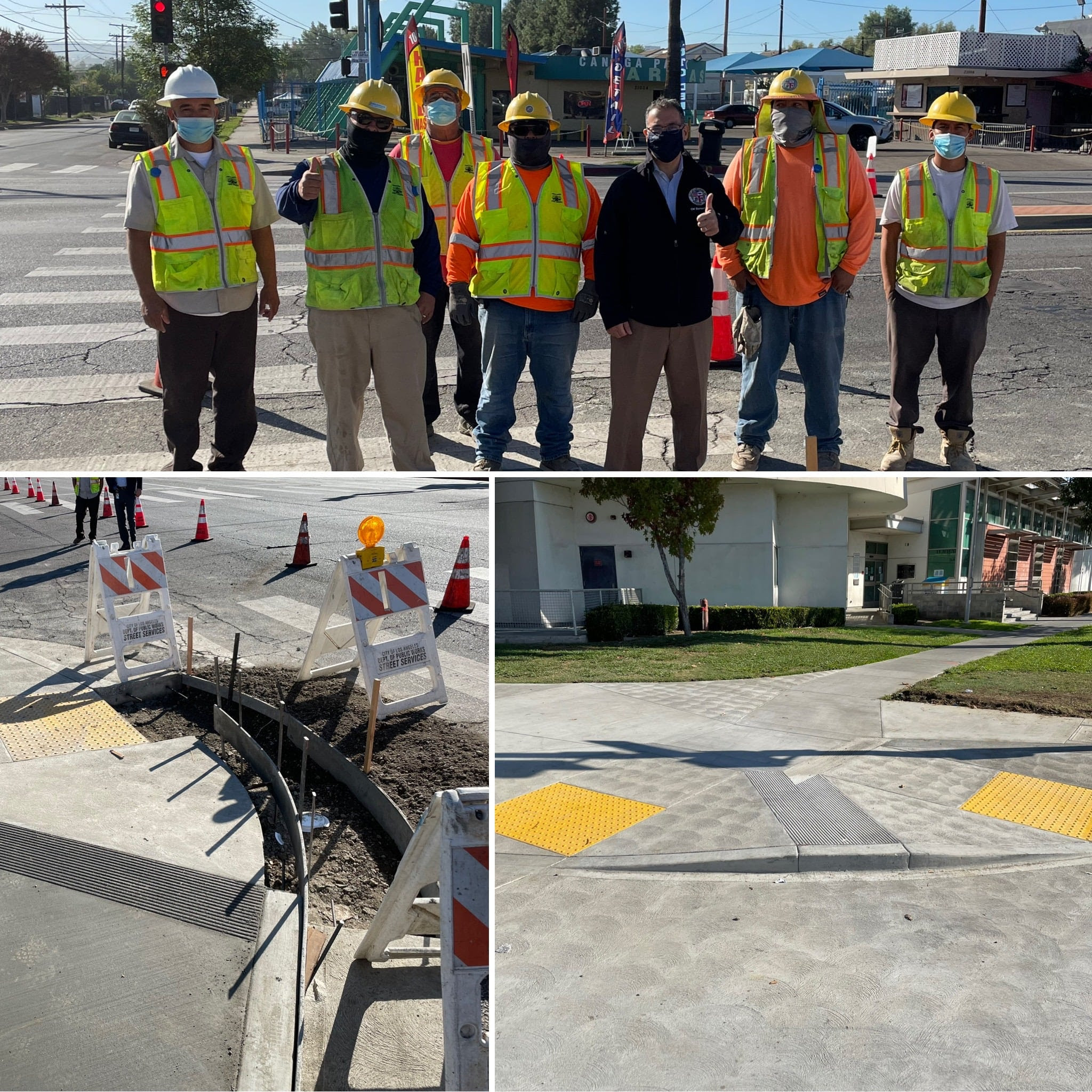 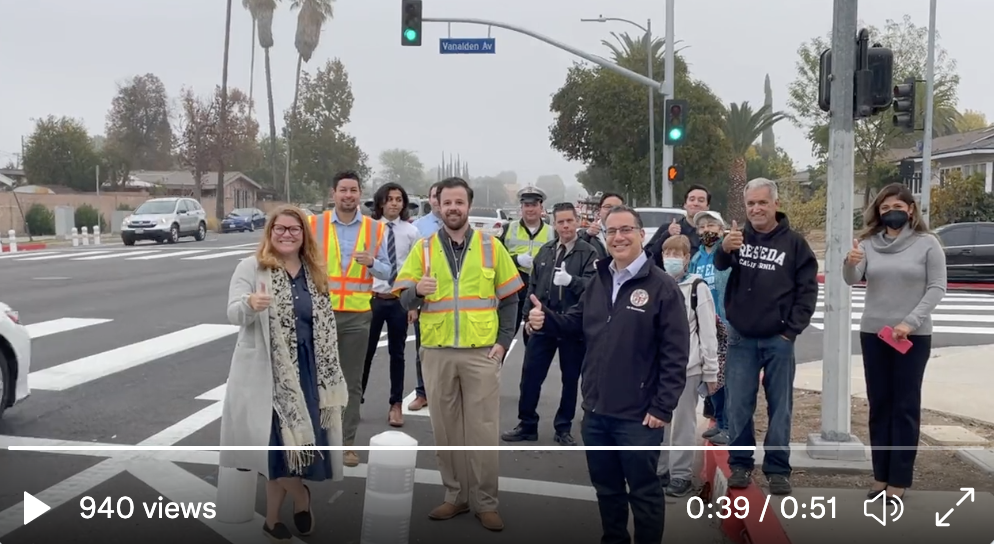 Blumenfield unveiled a new pedestrian/traffic signal at Victory and Vanalden. For people who walk or bike, this signal provides a safer crossing between the LA River Bike Path and the West Valley Library to the north, and the Orange Line Path and Vanalden Ave. Elementary School to the south. Councilmember Blumenfield, along with LA Family Housing President, Stephanie Klasky-Gamer, marked the one year anniversary of their Project Roomkey site in Reseda. The site is currently being converted to Project Homekey to serve as more Permanent Supportive Housing in the West Valley. 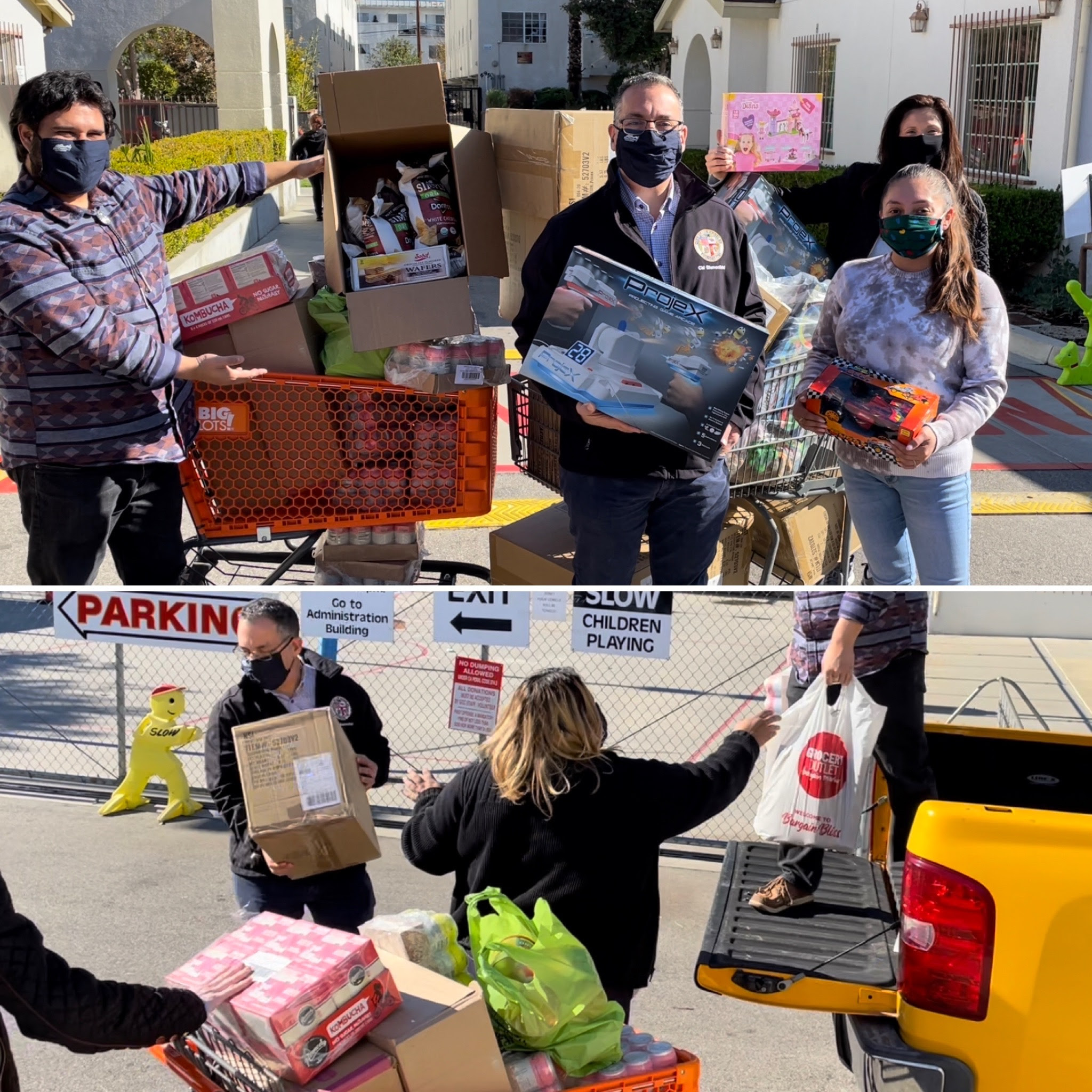 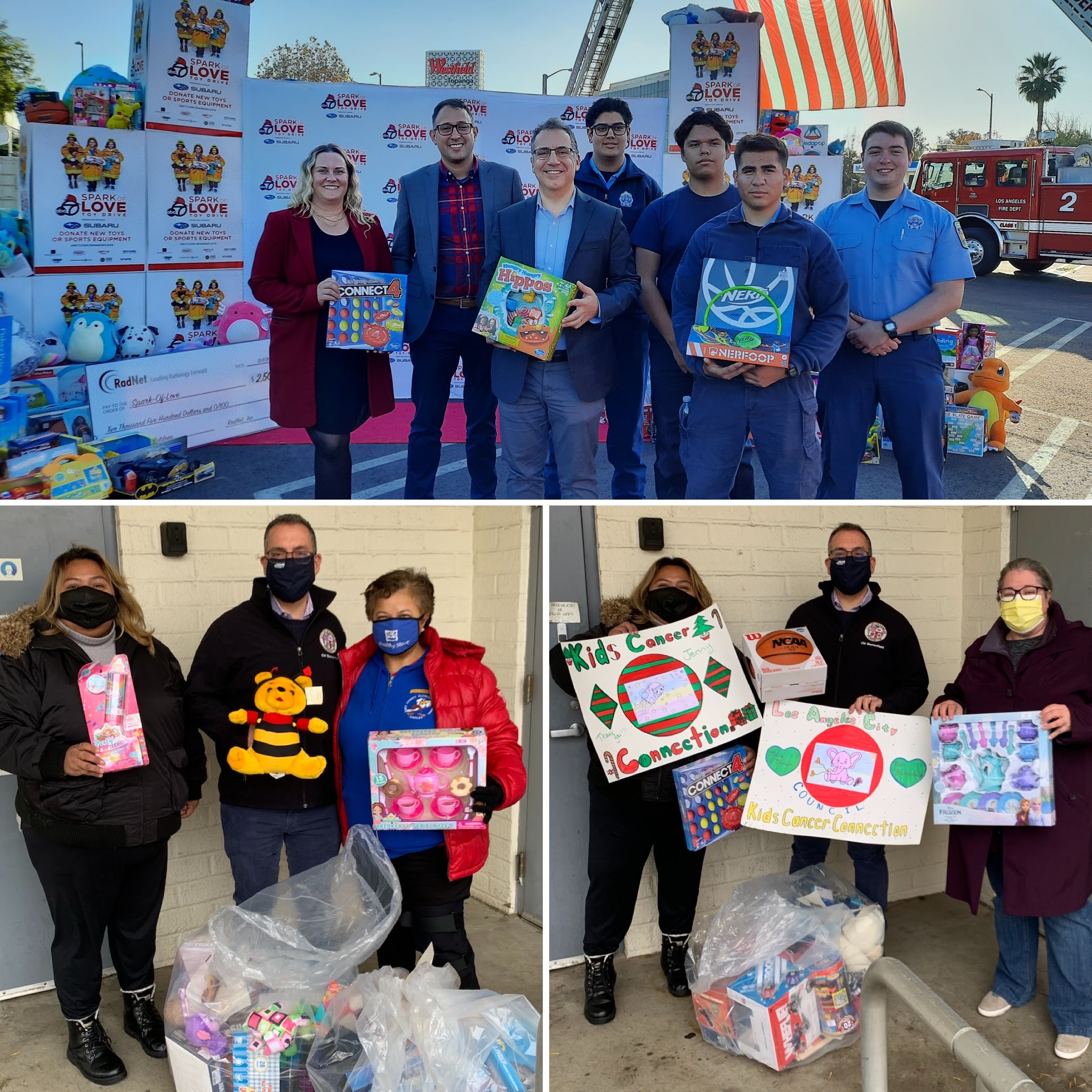 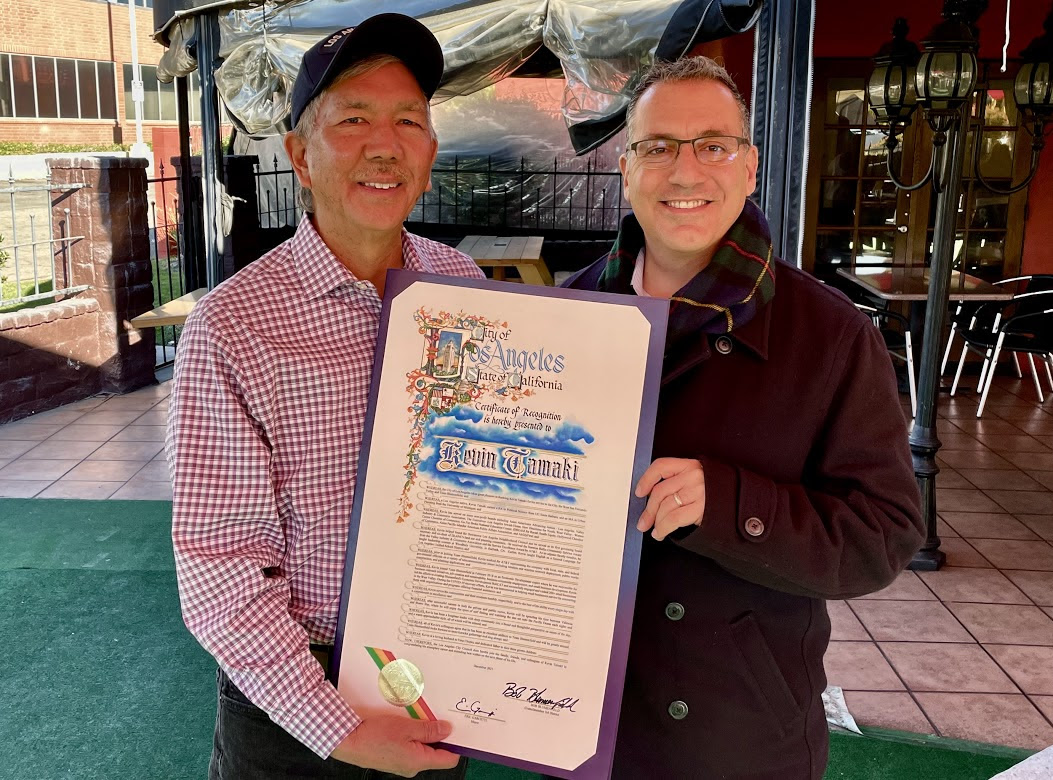 Blumenfield congratulates Economic Development Deputy, Kevin Tamaki, on his much deserved retirement. Prior to joining Team Blumenfield, Kevin worked for AT&T representing the company with local, state, and federal government officials on a variety of telecommunications issues. A member of Team Blumenfield since February 2018, Kevin led the efforts in creating Blumenfield’s Economic Development Community Action Team (BobCAT) and successfully engaged and visited 200+ small businesses in the West Valley. During the COVID-19 recovery efforts, Kevin was instrumental in helping small businesses survive by connecting them with organizations and programs offering financial assistance. Kevin will be missed greatly, but Team Blumenfield wishes him the best as he begins a new chapter in his life.