To understand the budget issues facing the City, it is helpful to have some background information on the overall City Budget. The following provides a very general summary.

The City’s revenue is divided between the General Fund and various Special Funds.

Special Fund revenue is restricted to some degree. Under State law, the fees charged for many services can only be used to pay for the cost of providing that service. For example, the City’s trash and sewer fees (paid on your DWP bill) and street lighting assessments (paid on your property tax bill) go into Special Funds and can only be used for, respectively, the cost of trash collection and disposal, the sewer system and treatment plants, or street lights.

The City also receives funds from the federal and state governments, and from voter-approved sales taxes. Sometimes, those funds come with very specific restrictions (e.g., a federal grant to provide housing for persons with HIV/AIDS). Sometimes, the City has more discretion (e.g., sales tax revenue from Prop A, Measure M and Measure R can be spent on a variety of transportation-related items).

In the current year budget, the City expects to collect $8.6 billion in revenue. Of that amount, $5.8 billion is General Fund revenue; and $2.8 billion is Special Fund revenue. There are also unspent balances in various City accounts (about $700 million), for a total City budget of $9.2 billion. 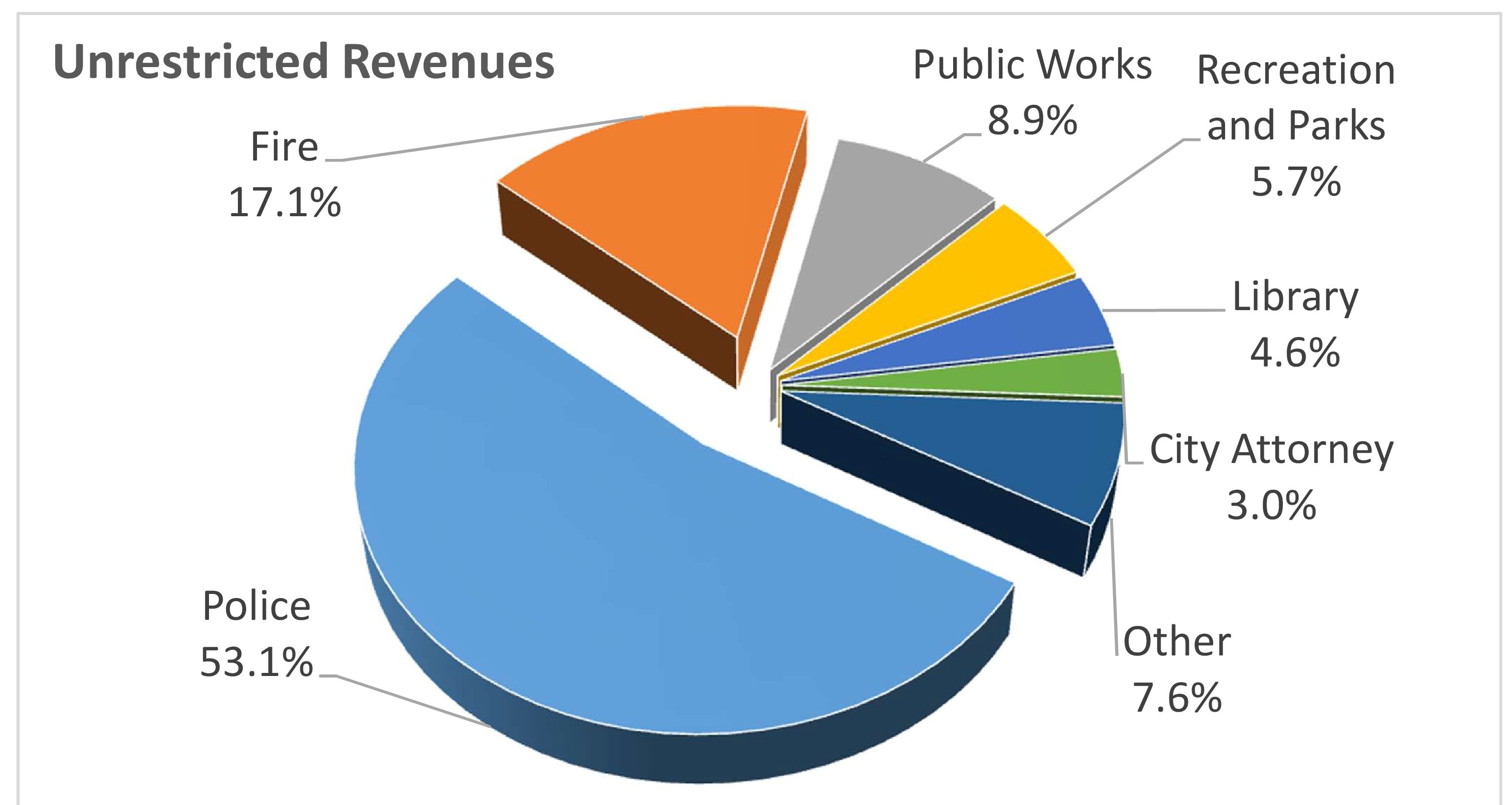 The City’s highest priority--by far--is public safety. More than half of the City’s unrestricted revenues (53.1%) go to the Police Department, with another 17.1% to the Fire Department.

The next largest chunk of funds (8.9%) go to Public Works that are not special-funded, including Sanitation, Street Services, Transportation, Engineering, Capital Improvements, Building and Safety, and Planning.

The City’s next highest priorities are Recreation and Parks (5.7%) and the Library (4.6%). Under the City Charter, these departments are guaranteed a specific share of General Fund revenue.

The City Attorney (for criminal prosecution, defending the City against lawsuits and legal advice) gets 3.0%, and all other City functions share 7.6%.