To save lives, provide a more humane alternative to sidewalk encampments, and improve public health and safety, the City of Los Angeles is currently moving forward on creating a variety of homeless shelters and interim housing including new “cabin communities” all across the City.  Councilmember Bob Blumenfield is doing his part to include Third District sites in this overall strategy, with two cabin communities which opened in 2021.

The Reseda site holds 52 cabins and the Tarzana site is holds 78. In the City of Los Angeles, cabin communities can be found in several communities including North Hollywood, Highland Park, Eagle Rock, and Wilmington. Cabin communities already function in Sonoma County and the cities of Riverside, Banning and Santa Cruz. 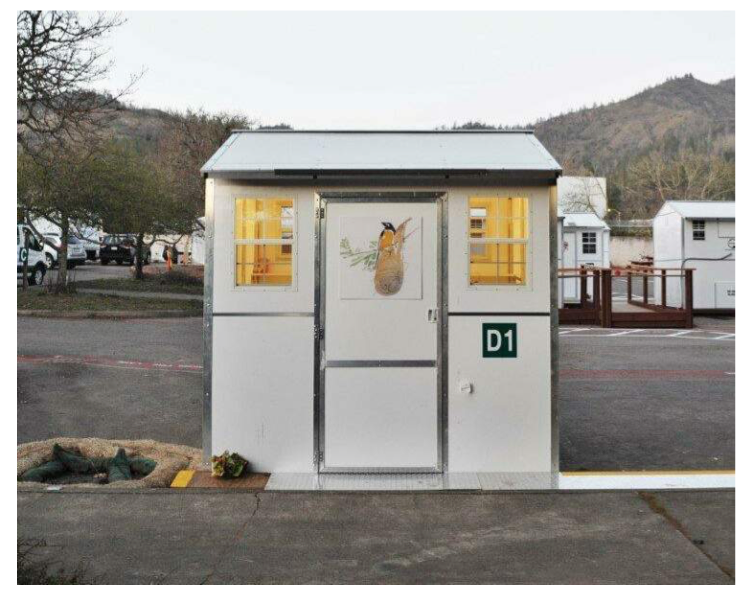 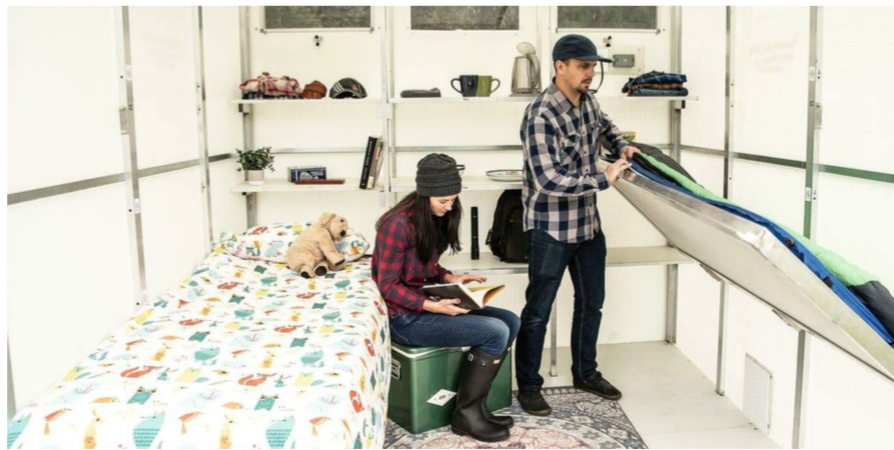 In prior cases, each of the cities that reached a settlement agreement is smaller in population than a single Council district in Los Angeles.  Consequently, the Judge has indicated a willingness to treat each Council district like its own city and potentially allow settlement agreements on a district specific basis.  While the City’s overall homeless population is 41,000 people, the Third District’s homeless population is 704 people. Finding shelter for at least 60% (hopefully 100%) of his district’s population is an achievable goal and Councilmember Blumenfield wants to be ready to hit that goal as fast as possible once a settlement agreement has been reached. He has stated, “It is the right thing to do legally and morally, and doing so would enable our local sidewalks and streets to no longer be a place of desperation and squalor, but the pedestrian and transit corridors they were meant to be.”

To reach this goal will require building interim housing in many communities, and Blumenfield is determined not to make any one neighborhood carry the burden alone. The “cabin communities” in Reseda, Tarzana and possibly Canoga Park are part of this interim housing plan. Other elements of the interim housing plan include an 80 unit Bridge Housing facility in Canoga Park, the transformation of two local Project Roomkey hotels into Project Homekey hotels (125 rooms), and the possible expansion of Safe Parking to Woodland Hills and other communities. 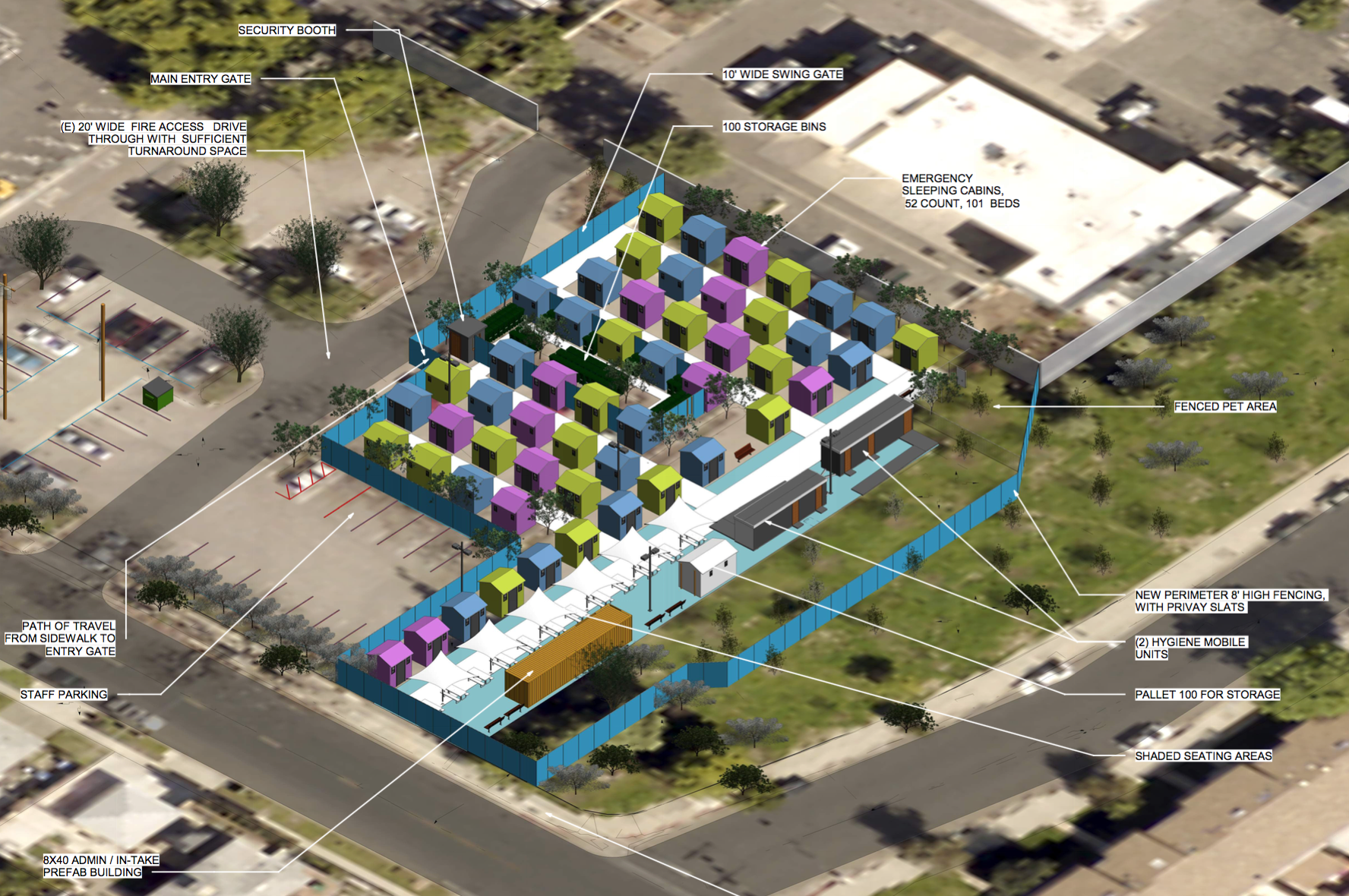 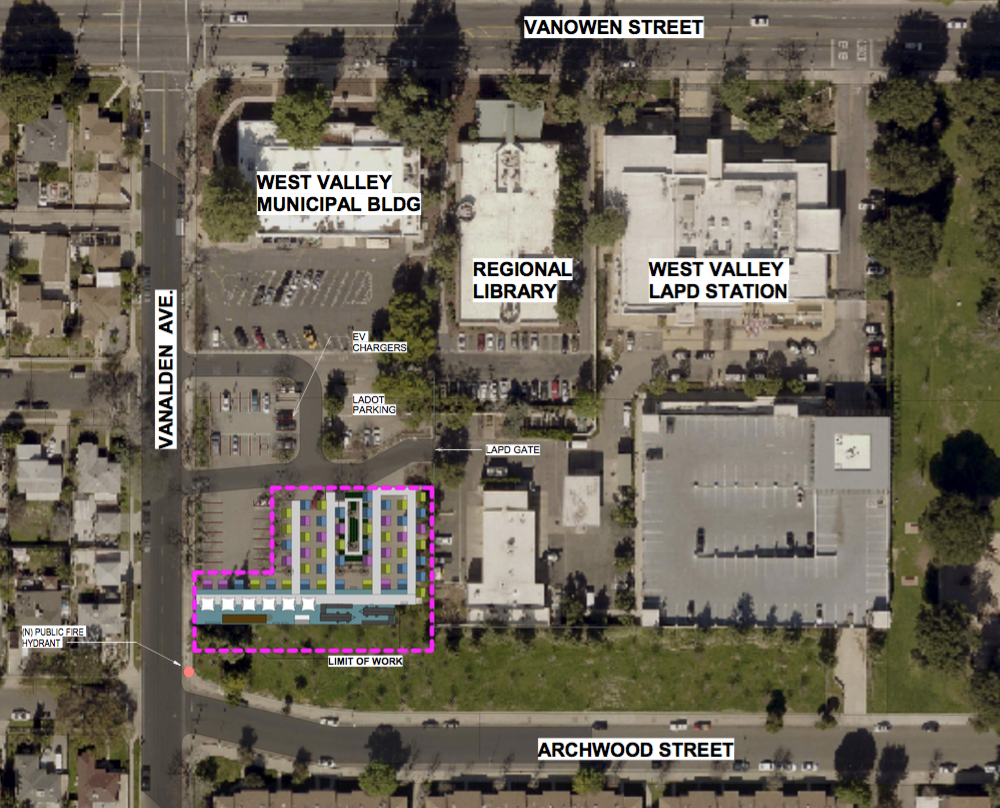 The cabin community is meant to serve the local homeless population, not bring in people from other areas. An experienced non-profit service provider will be charged with managing each cabin community and they will be required to offer the cabins to the homeless population of the Third District — first the people near freeways most of whom are already involved with a new rapid rehousing pilot with LAHSA, followed by the most vulnerable like seniors, and then those in closest proximity to the cabin community itself.  Having sheltered people connected to services within the community will be far better for the health and safety of that community than having those same people living across neighborhood sidewalks, along the LA River, or in our parks.

Draft blueprint of cabin community on Topham in Tarzana 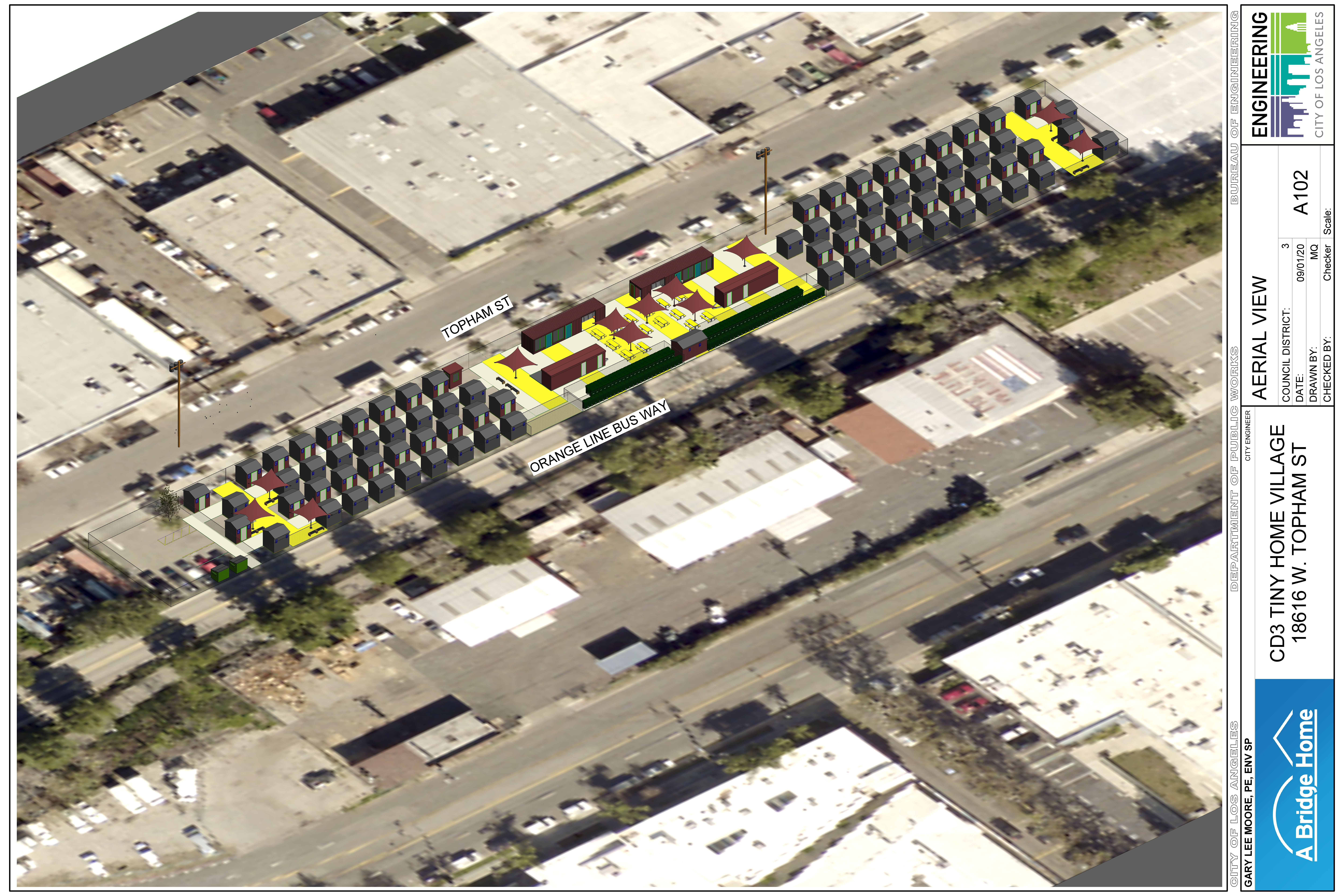 Judge Carter’s goal and Blumenfield’s plan is to help people who are suffering, save the lives of people who are literally dying in the streets and to once again have sidewalks and streets that are safe, easily passable and clean. To read about other homeless initiatives or if you have questions and concerns about this cabin community please click here to find a detailed FAQ or reach out to Team Blumenfield at [email protected] or by calling 818-774-4330.