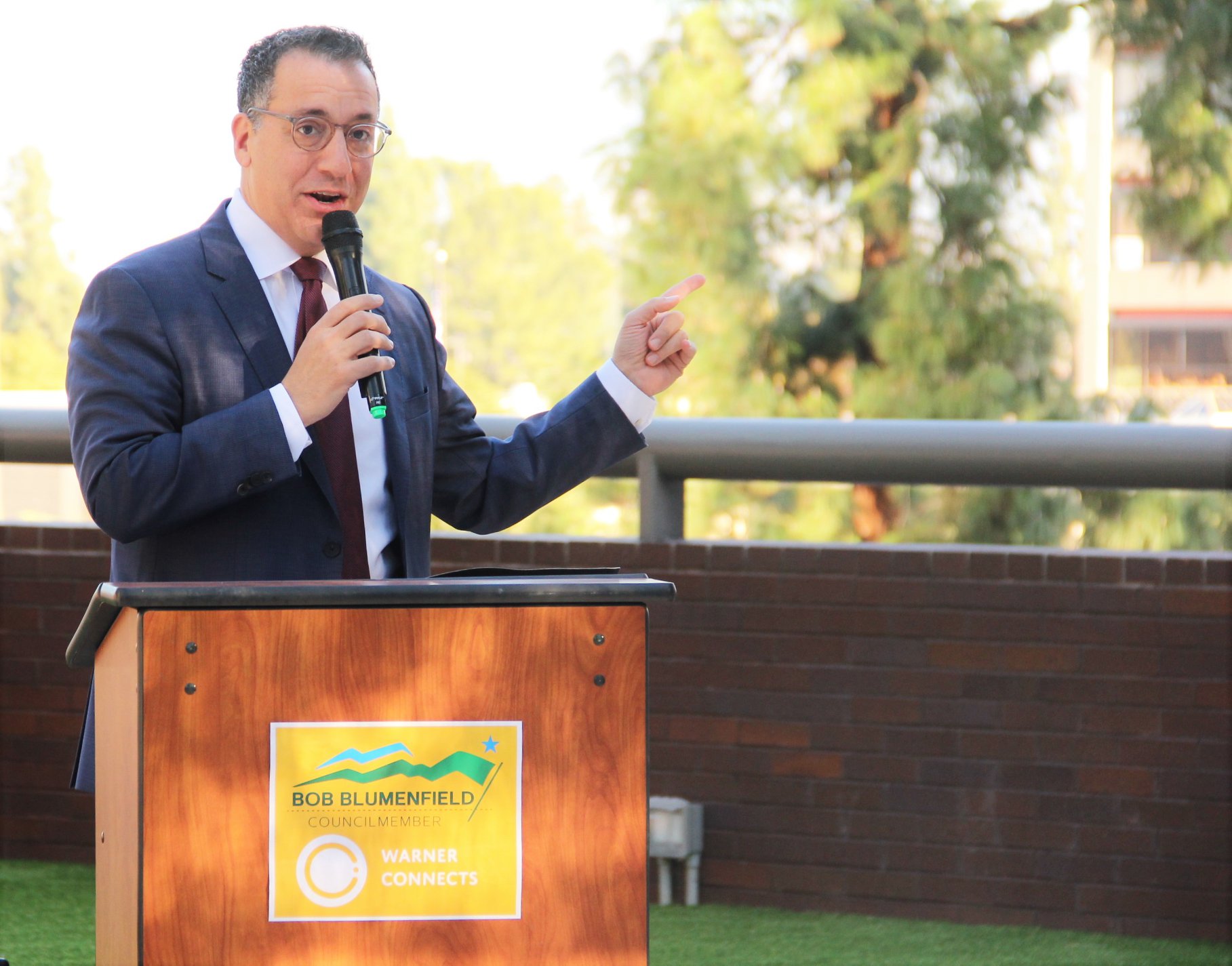 One big contribution Blumenfield has made to making LA greener is related to the Warner Center 2035 Specific Plan. Blumenfield made the Warner Center Plan the Greenest plan in the entire City on record and prioritized pedestrian and transit friendly planning.  He pushed to make sure the plan incorporated new green building design standards, including LEED silver or equivalent and green roof or cool roof requirements for new construction.When it comes to fighting climate change, the way the City designs neighborhoods, communities and places for commerce can have a big impact on reducing carbon emissions.

As a Regional Center, Warner Center’s Specific Plan relies significantly upon robust public transportation investments to realize its vision as a ‘work, live, and play’ community.  So many neighborhoods are built so the only reliable way to get around is if you have a car, and Blumenfield wanted to change that paradigm for Warner Center.

In June 2018 he helped launch the new Metro Warner Center Shuttle to increase accessibility in the region. This shuttle replaced the single Orange Line Stop at the Canoga Orange Line Station with a new line connecting riders to 10 new stops including Westfield Topanga & the Village, Warner Center Corporate Park, Kaiser Permanente and others. This local circulator makes it easier for local residents and workers to get around without using their cars. The shuttle is a significant step in moving away from the car-centric design of the 1960's and 70's, when Warner Center was originally developed, and toward the community’s vision of the vibrant Transit Oriented District in the adopted Warner Center 2035 Plan.

To help promote transit friendly ridership, Blumenfield also launched the 'Warner Connects' Transportation Management Organization, or TMO, in January 2019. The TMO is focused on encouraging the use of sustainable or alternative transportation such as walking, biking, public transit and carpooling and is a key organization in supporting a live, work, and play transit-oriented community like Warner Center.