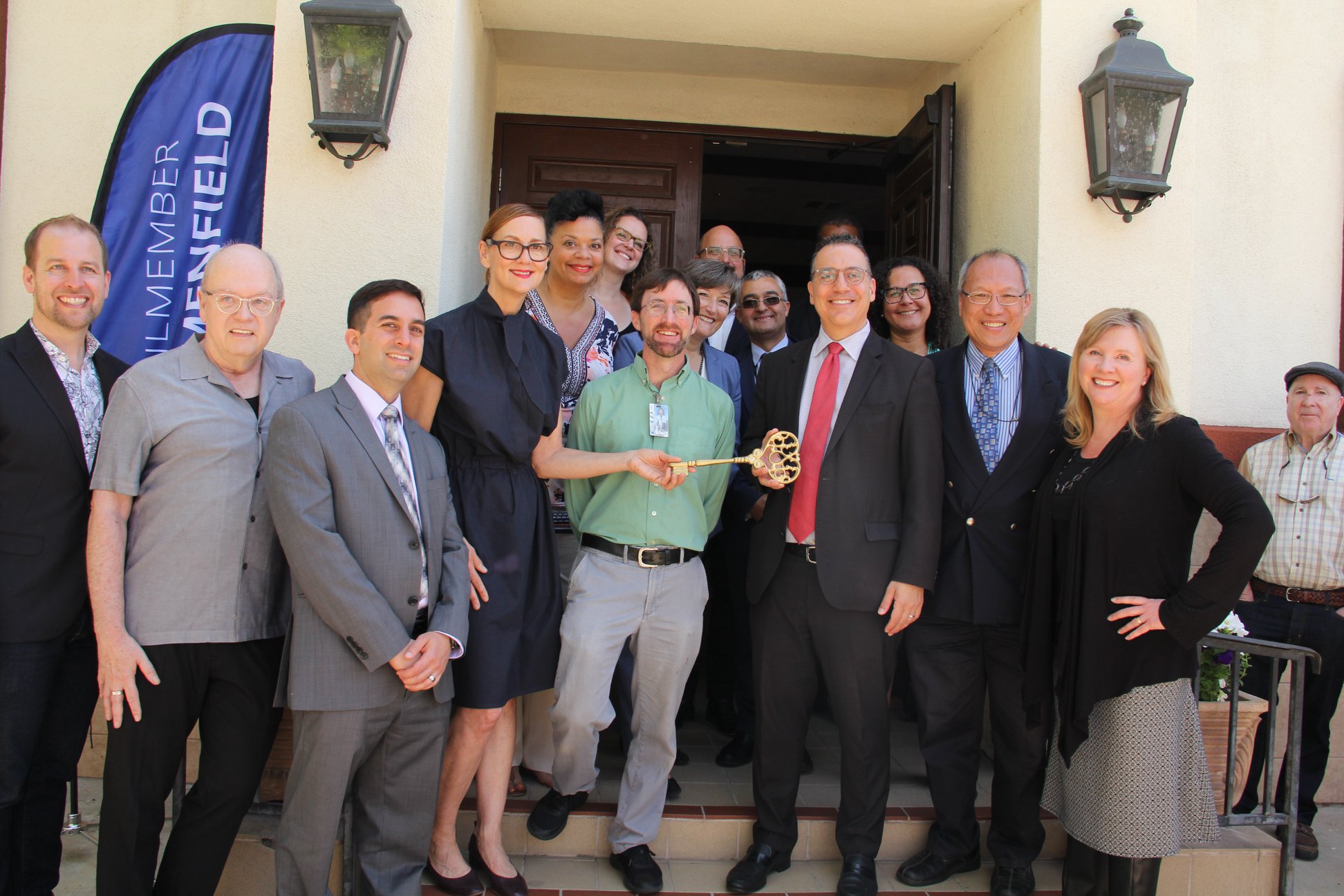 CANOGA PARK, CA – Today Councilmember Bob Blumenfield was joined by General Manager of the Department of Cultural Affairs (DCA) Danielle Brazell as well as many community stakeholders to celebrate the acquisition with a ceremonial golden key exchange for the newest city-owned performing arts center in the West Valley. Dubbed the Canoga Park Stage Arts Lab (CPSAL), this site will serve as an incubator space for all types of local artists. Blumenfield also unveiled new renderings for renovations for the nearby Madrid Theater, another huge investment in his ‘Canoga Park Arts Hub.’

“While in our schools funding for arts and cultural education continue to be under siege and I am proud that today we welcome the newest public performing arts center to our city,” said Blumenfield. “With CPSAL, we open up our community to be transformed into an arts and entertainment destination where playwrights, actors, musicians and others can shape and highlight their work.”

"With the addition of this venue, which we are calling the Canoga Park Stage Arts Lab, the Department of Cultural Affairs hopes to usher in a new era of innovation that showcases the vitality of the local arts community and offers opportunities to develop artists and arts programming that will benefit the region. We are thankful for Councilmember Blumenfield’s vision, leadership, and support of this project,” said Danielle Brazell, General Manager City of Los Angeles Department of Cultural Affairs.

Nora Ross, CEO of the Valley Cultural Foundation, said, “The Valley Cultural Foundation is so excited for the West Valley Playhouse and all its future growth.  The benefits of the Playhouse will continue to bring, share and nurture the Arts while bringing so much to the West Valley. We are looking forward to supporting all that ventures through its doors.”

Peter Wilson, Associate at Gensler, said, “Gensler is excited to partner with the City of Los Angeles and the community of Canoga Park to reimagine the Madrid Theatre. We believe that community engagement is the key to a thriving city, and are thrilled to support the newly developing Canoga Park Arts Hub in all its endeavors.”

When Blumenfield found out that the former West Valley Playhouse property was on the market to be sold to the highest bidder, he wanted to make sure that this Canoga Park venue would not be lost. He believed it could become an incubator for live dance, music and theater in the West Valley and Los Angeles. With creative thinking and strategic partnerships, Blumenfield has helped save this site. Under city leadership it will not only become a new home for the development of local performance arts projects for many years to come, but it will serve as a key element in realizing Blumenfield’s dream for the new Canoga Park Arts Hub that will help transform the area. Blumenfield outlined other elements of the new hub including exciting upgrades to the nearby Madrid Theater. 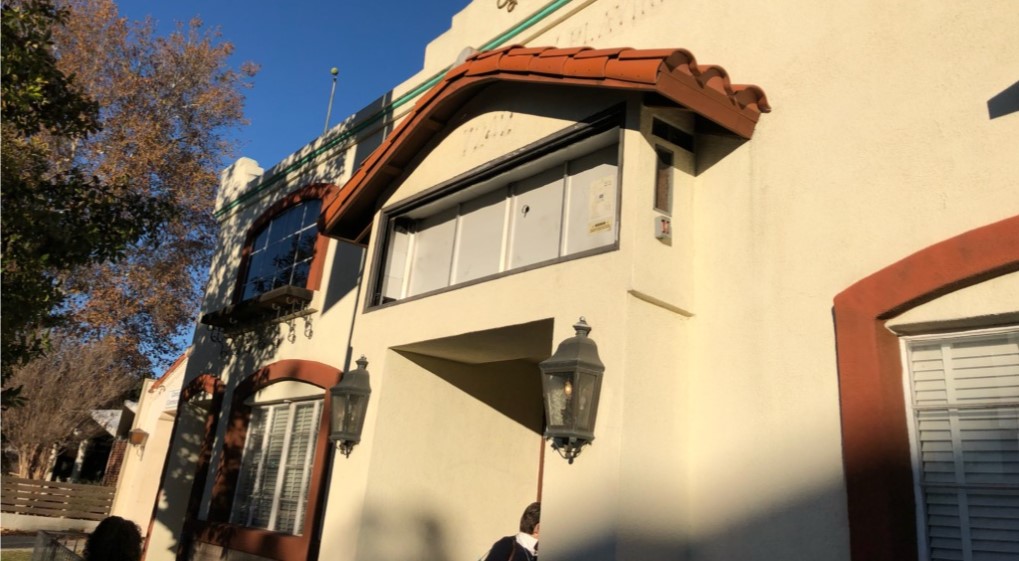 Located at 7242 Owensmouth Ave. in Canoga Park, the petite performing arts center seats about 150 people and was formerly a Masonic Lodge before it was transformed into a theater in 2000. Blumenfield used $1.395 million in excess Community Redevelopment Agency (CRA) bond funds to purchase it. These are funds that can only be used for community revitalization efforts and cannot be utilized for issues such as public safety or homelessness. The theater will be operated by DCA and be available to various community theater and performance groups from throughout the region.

After the key exchange, Blumenfield welcomed the community into the theater to learn about the future of the nearby Madrid Theater and how it’s all connected to the budding Canoga Park Arts Hub. Blumenfield also announced that Gensler was selected to renovate the Madrid Theater, and displayed renderings of the proposed $8.5 million of upgrades.

Since serving in the State Assembly, Blumenfield has worked creatively to support the arts and bring patrons back to the West Valley. In addition to this acquisition, Blumenfield shepherded the revitalization of the Reseda Theater on Sherman Way which soon will be renovated to house a five screen multiplex to be operated by Laemmle Theaters and has initiated arts initiatives throughout Reseda such as the annual Reseda Rising Art Walk and Night Market. 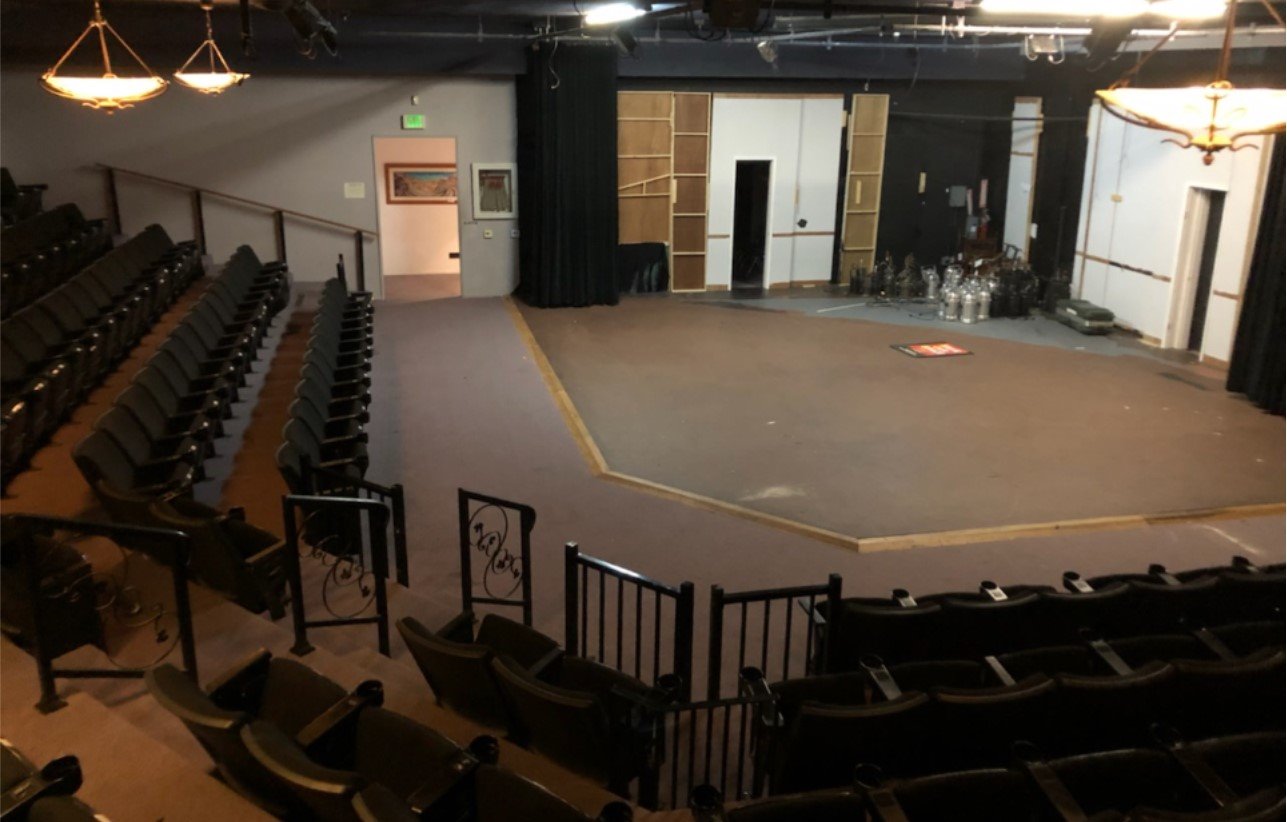