Members of the United Firefighters of Los Angeles City (UFLAC), IAFF Local-112 grilled free barbecue for the community paid for by Blumenfield. The Salvation Army team joined in the celebration and served additional free meals. Blumenfield also included staff members from LADOT Transit and Be More Prepared to provide resources and advice to residents.

Blumenfield also held mobile office hours where he met one-on-one with constituents. The evening was capped off by a free screening of The Incredibles 2. Hundreds came out for this family friendly event at the Randall D. Simmons Park in Reseda. To see a quick recap, watch this video from Channel 35. 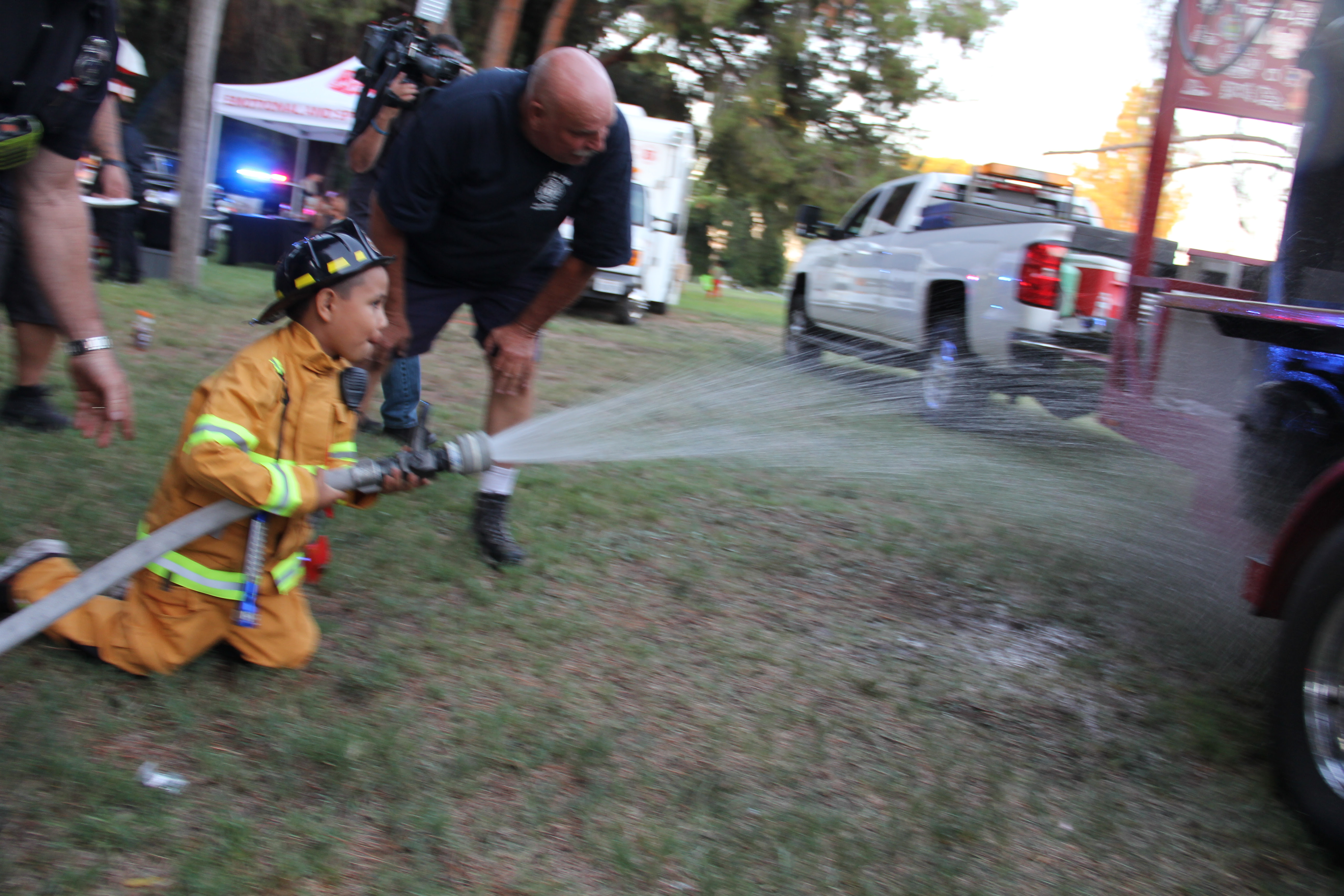 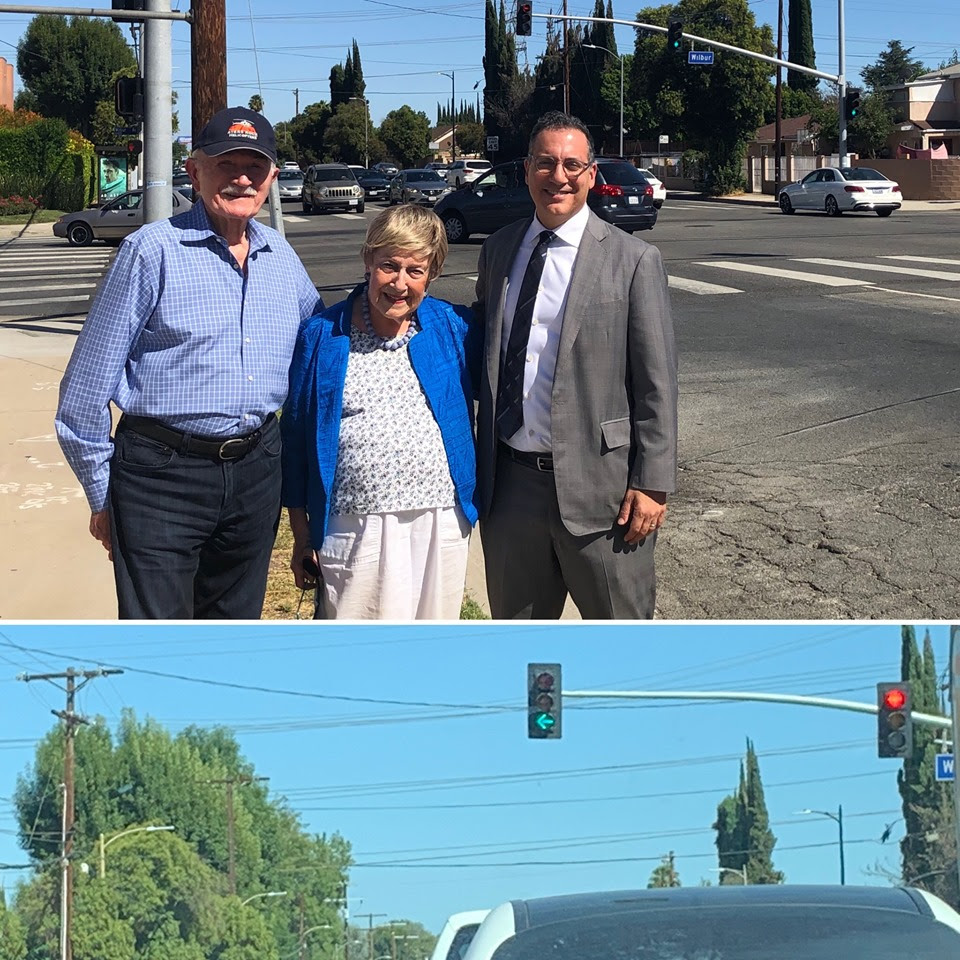 To increase traffic safety in the West Valley, Blumenfield successfully pushed for the Los Angeles Department of Transportation (LADOT) to install a new left turn traffic signal at Victory Boulevard and Wilbur Avenue in Reseda.

This turn signal had been requested by former councilwoman Joy Picus and other residents of the Jewish Home’s Fountainview campus. The last time Blumenfield did a town hall with the residents he pledged to get this turn signal. Picus and her neighbor Mike Maroko joined Blumenfield to check out the new left turn arrow, which will allow motorists turning left from Victory onto Wilbur to do so without having to judge the speed of oncoming vehicles in opposite lanes, improving traffic safety for those traveling on one of the West Valley's major thoroughfares.

As part of the City's 'Vision Zero Los Angeles' Program, LADOT agreed that Victory & Wilbur ais a priority intersection due to the history of crashes. After hearing some concerns from nearby residents, including some of Joy’s neighbors at the Los Angeles Jewish Home, Blumenfield advocated and secured funding for this project to be completed quickly. 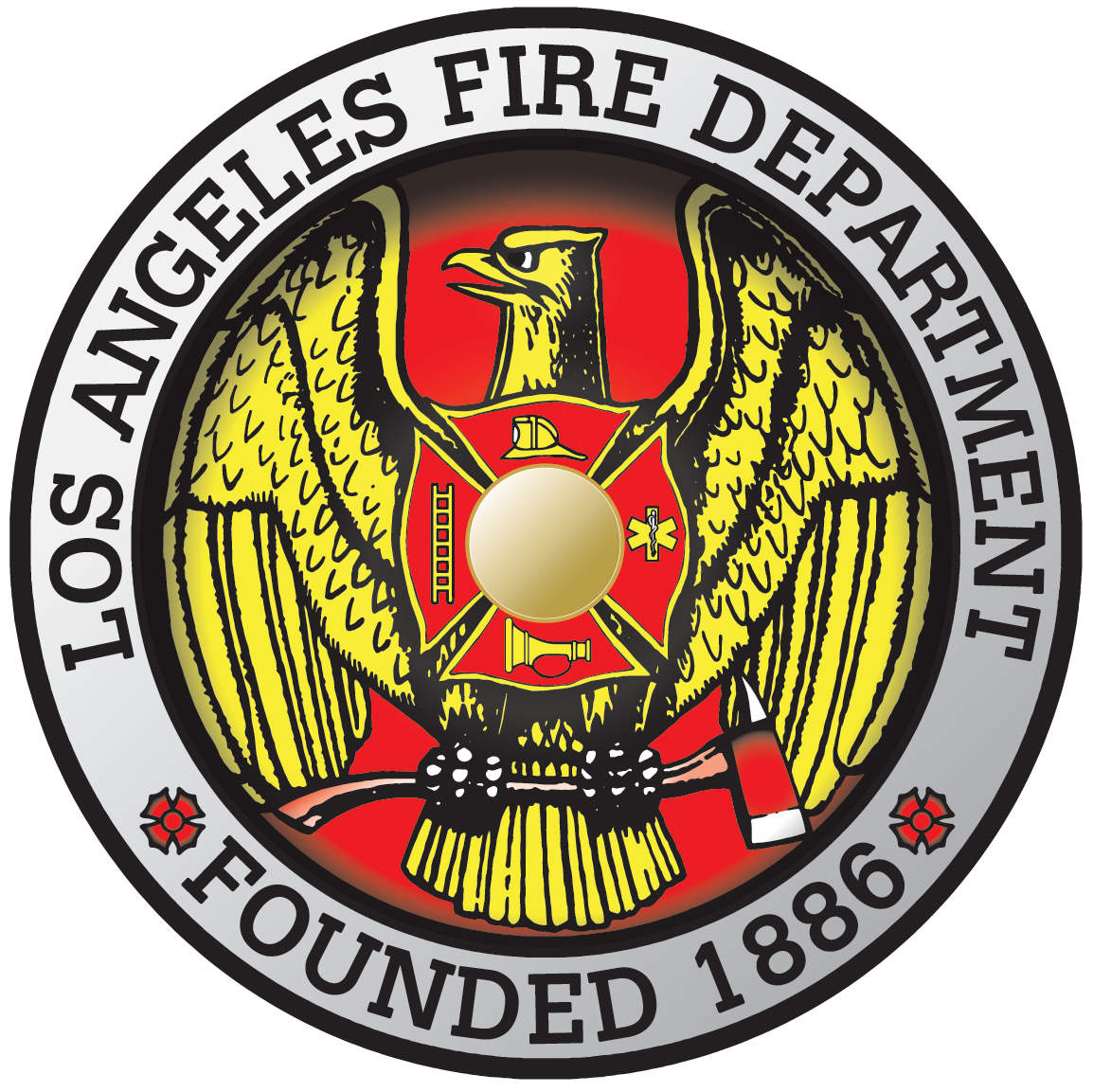 On September 17, the Los Angeles City Council unanimously passed a motion to continue a LAFD pilot program called the Early Intervention Treatment Program (EITP), an initiative that provides treatment to firefighters for minor aches and pains before they become more serious injuries that would require them to file for worker’s compensation.

Blumenfield successfully passed this motion for the EITP to continue employing a Fire Captain and a Management Analyst who work to identify and treat firefighters for early and minor injuries. The EITP is funded through the Innovation Fund, a special account set aside to test out innovative, cost-saving initiatives in the City that is under the jurisdiction of a committee Blumenfield chairs. The EITP is expected to treat firefighters’ injuries before they become serious, and will save both time and money in addition to avoiding pain.

“Over the last five years, the City of Los Angeles has spent $250 million on workers compensation claims for Firefighters. By identifying injuries before they become serious, the EITP will cut down on the number of firefighters who go on worker’s compensation. This is not only a health and safety precaution, but a major win for the City’s budget,” Blumenfield said.

The EITP began on December 5, 2018 as a pilot program and through this motion, its employees will continue their work until June 30, 2020 when the Council will convene on whether to renew the program. 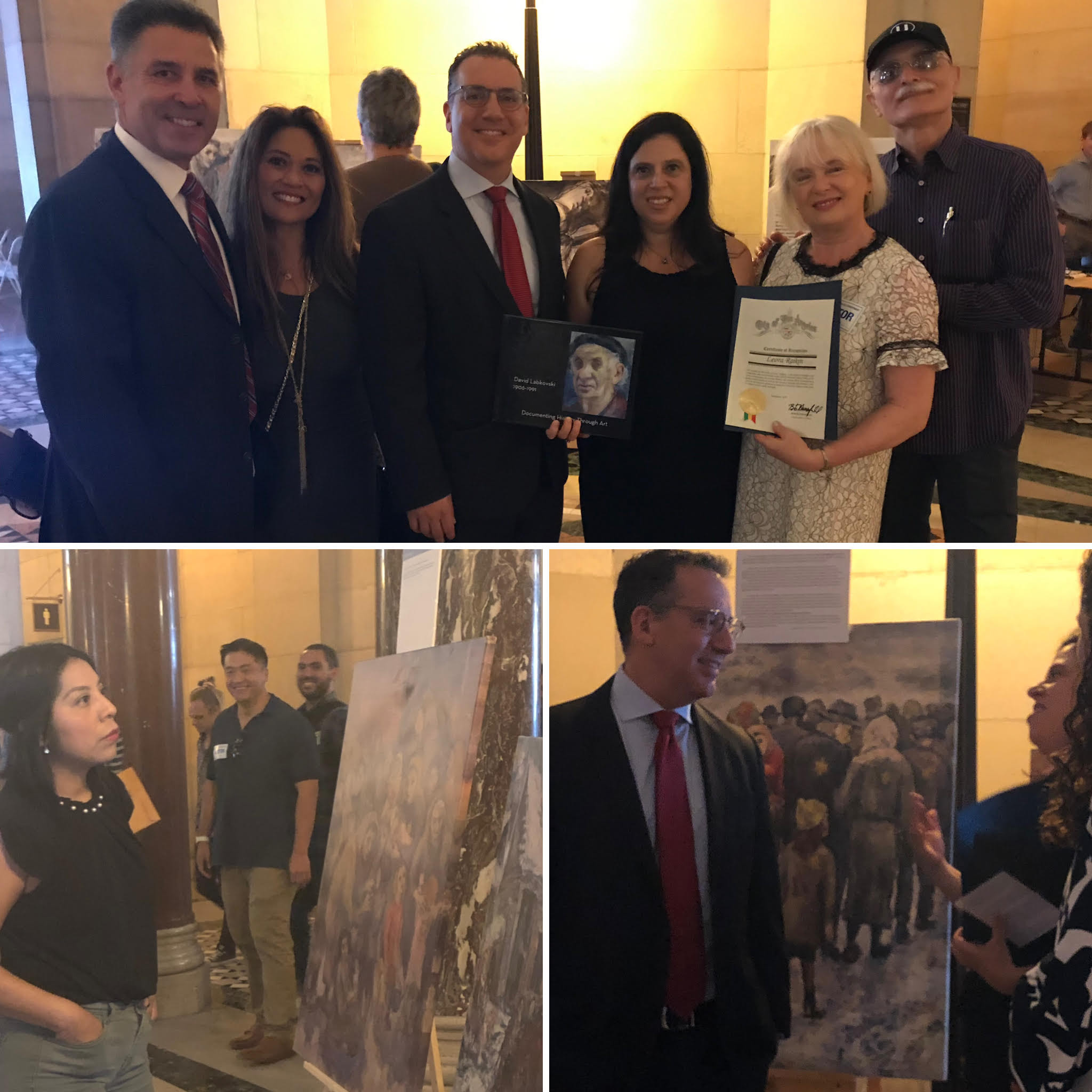 David Labkovski, who passed away in 1991, grew up in Vilna (current day Vilnius, Lithuania). He survived the Holocaust in a Soviet Gulag prison camp and later moved to Israel where he began to paint the lost world of ‘Jewish Vilna’ that was decimated during World War II. This DLP has taken his work and educational programs to numerous locations in Southern California, Arizona and New York, and internationally to Lithuania, Mexico, and South Africa.

Blumenfield joined Founder and Executive Director Leora Raikin, the niece of David Labkovski, and Director of Education, Stephanie Wolfson. Together, they have made it their mission to spread Labkovski’s artwork across various platforms, including educational programs and museum exhibits. This special exhibit featured a virtual reality component created by a local high school student Weston Bell Geddes, who worked to transform Labkovski’s work into interactive, three-dimensional spaces participants could enter and explore in a new format.

To learn more about this great event, please watch this Channel 35 clip featuring Blumenfield and many of the leaders behind the David Labkovski Project. 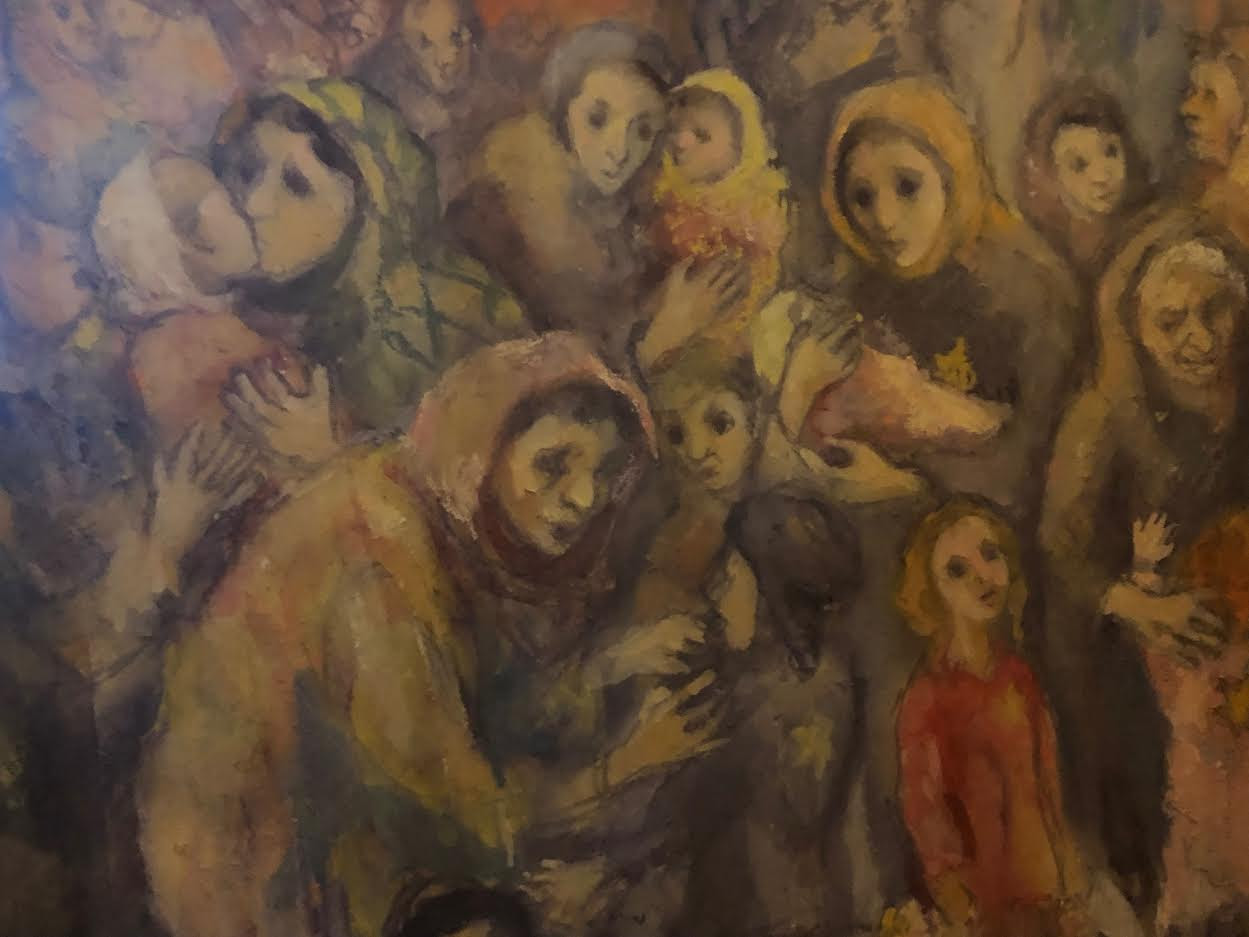 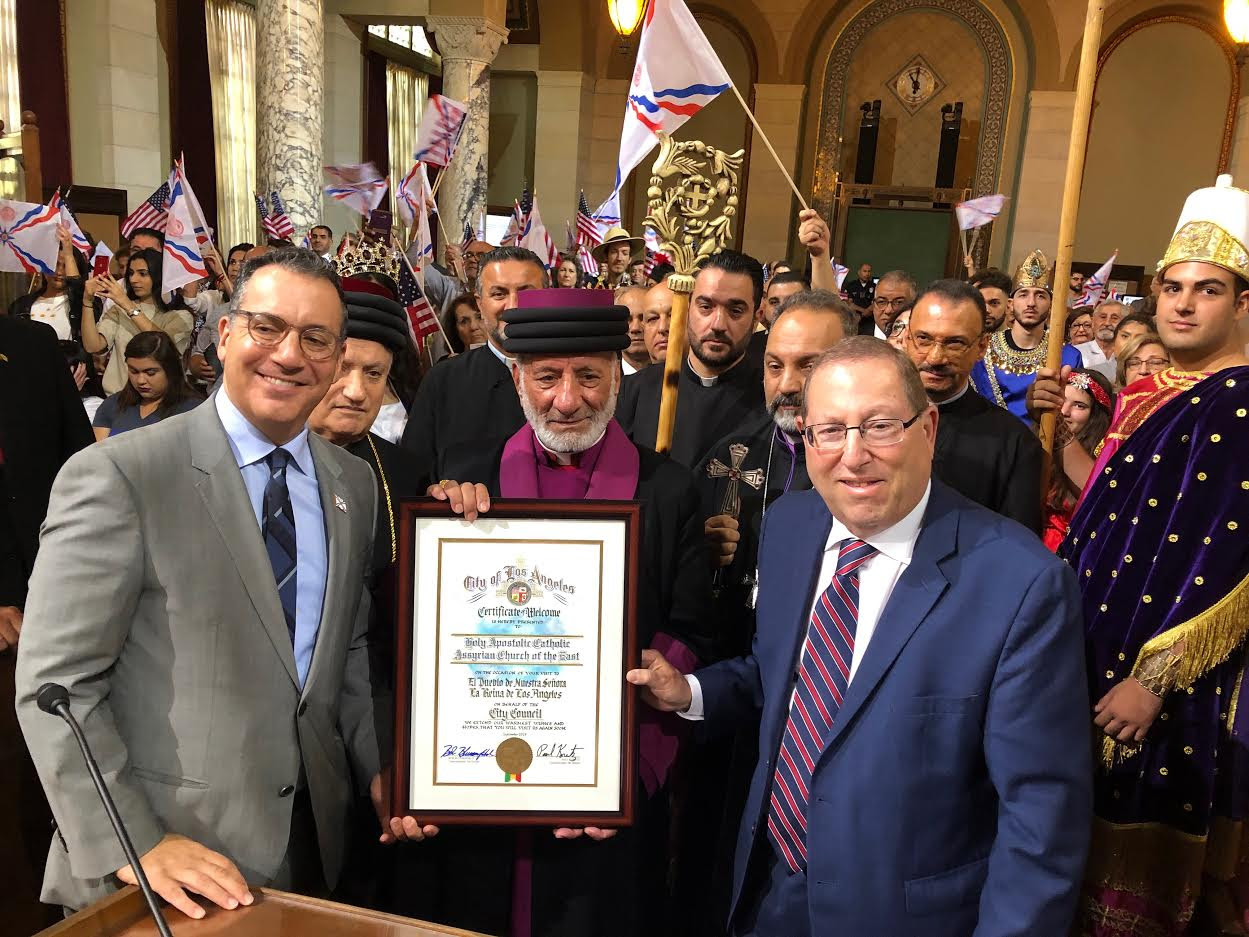 On September 20, Blumenfield welcomed to City Hall His Holiness Mar Gerwagis III, Catholicos-Patriach of the Holy Apostolic Catholic Assyrian Church of the East and Cor Bishop George of St. Mary’s Assyrian Church in Tarzana. Blumenfield sponsored two buses which enabled parishioners from St. Mary’s to join in the historic celebration in City Hall.

Councilmembers Blumenfield and Koretz jointly welcomed the Assyrian Church into City Hall to celebrate their culture, recognize the leadership of their Patriarch, and show appreciation for their contributions to the West Valley. 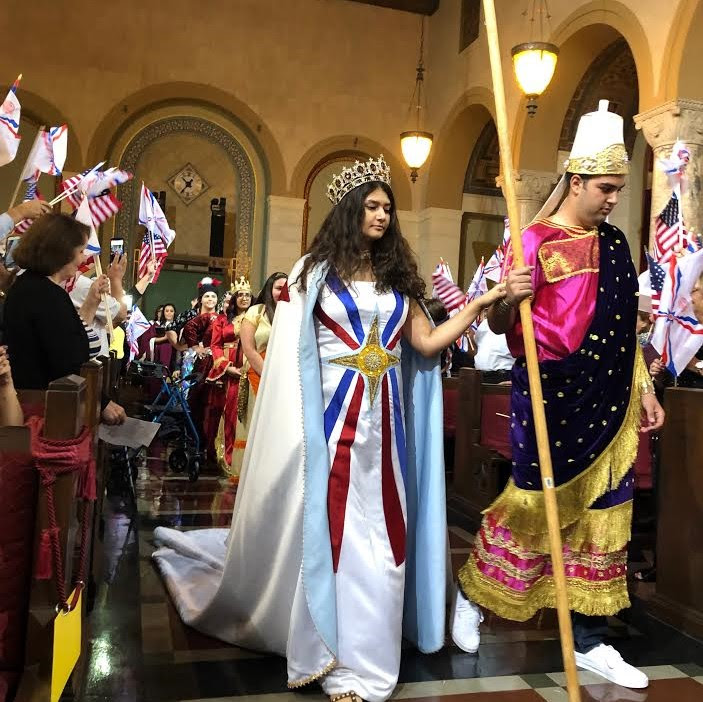 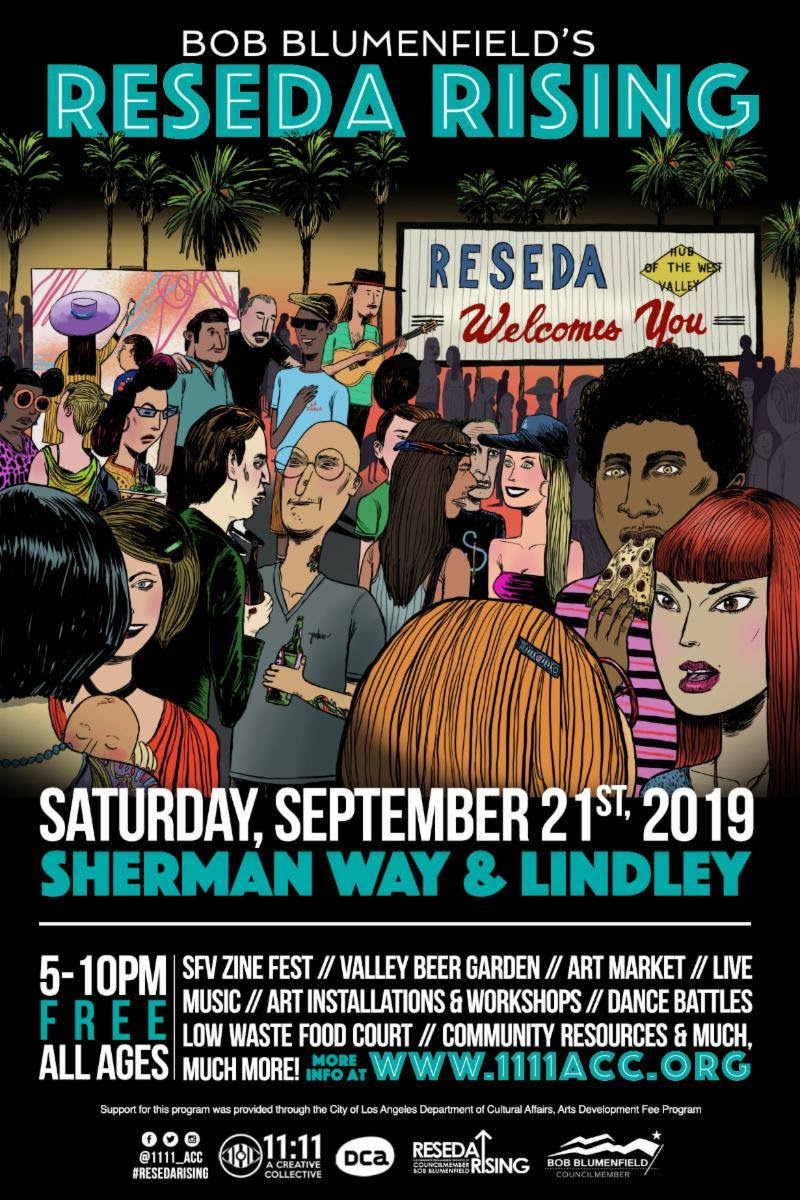 The 4th annual Blumenfield #ResedaRising Art Walk is right around the corner. Please join Councilmember Blumenfield and the 11:11 A Creative Collective on Saturday, September 21 from 5pm-10pm at Sherman Way and Lindley Ave. and enjoy some local art, music and diverse cuisines. This unique event brings thousands of Angelenos to the West Valley and it’s special to help make this celebration come to life. Additionally Blumenfield will be raffling off tickets to Sunday’s Dodgers game!

To learn more about 11:11, be sure to visit https://www.1111acc.org/ and to explore some of the exciting projects happening right now in Reseda, check out http://blumenfield.lacity.org/thetools.

On September 17, the City Council unanimously passed Blumenfield’s motion for LADOT to review and begin implementing recommendations from the Canoga Park and Reseda Parking Utilization Studies, completed in February 2019.  Blumenfield had ordered these studies to inform City decisions about parking requirements and resources needed for these two neighborhoods, both currently getting major public investment from his Reseda Rising and Canoga Park Arts Hub initiatives. Information about some of these projects can be found on his website here: http://blumenfield.lacity.org/issues.

Last year LADOT retained Nelson Nygaard to conduct the comprehensive parking studies in the core commercial districts of Canoga Park and Reseda along Sherman Way.  They found that, with proper management of City-controlled parking on streets and in lots, there is adequate parking supply in both areas to accommodate projects that may reduce the supply of public parking, including the Reseda Boulevard Street Improvement Project; and to accommodate an expected increase in parking demand from projects that will not include on-site parking, such as the Reseda Theater and Madrid Theater.

The parking studies offer several recommendations to improve the management and utilization of on-street parking and public parking lots in Canoga Park and Reseda. LADOT is currently reviewing options to make recommendations for the best and most efficient use of the publicly owned parking assets in the areas. 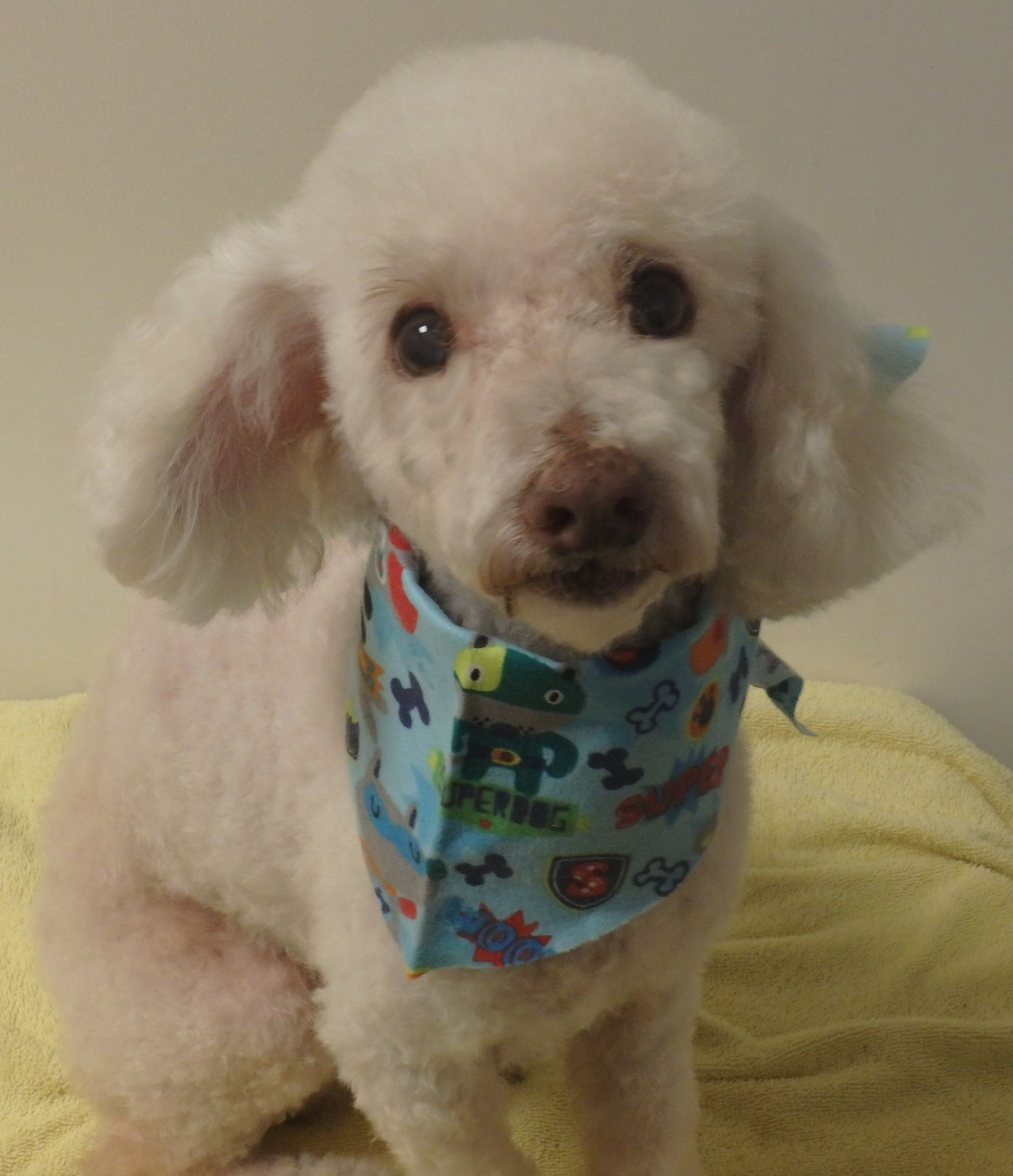 "CLOUD" ID# A1893903- Cloud is a great companion, and is so tiny and portable he can go everywhere – he’s an excellent co-adventurer. At the end of a fun day out, he’s the perfect size to snuggle into your lap and relax. 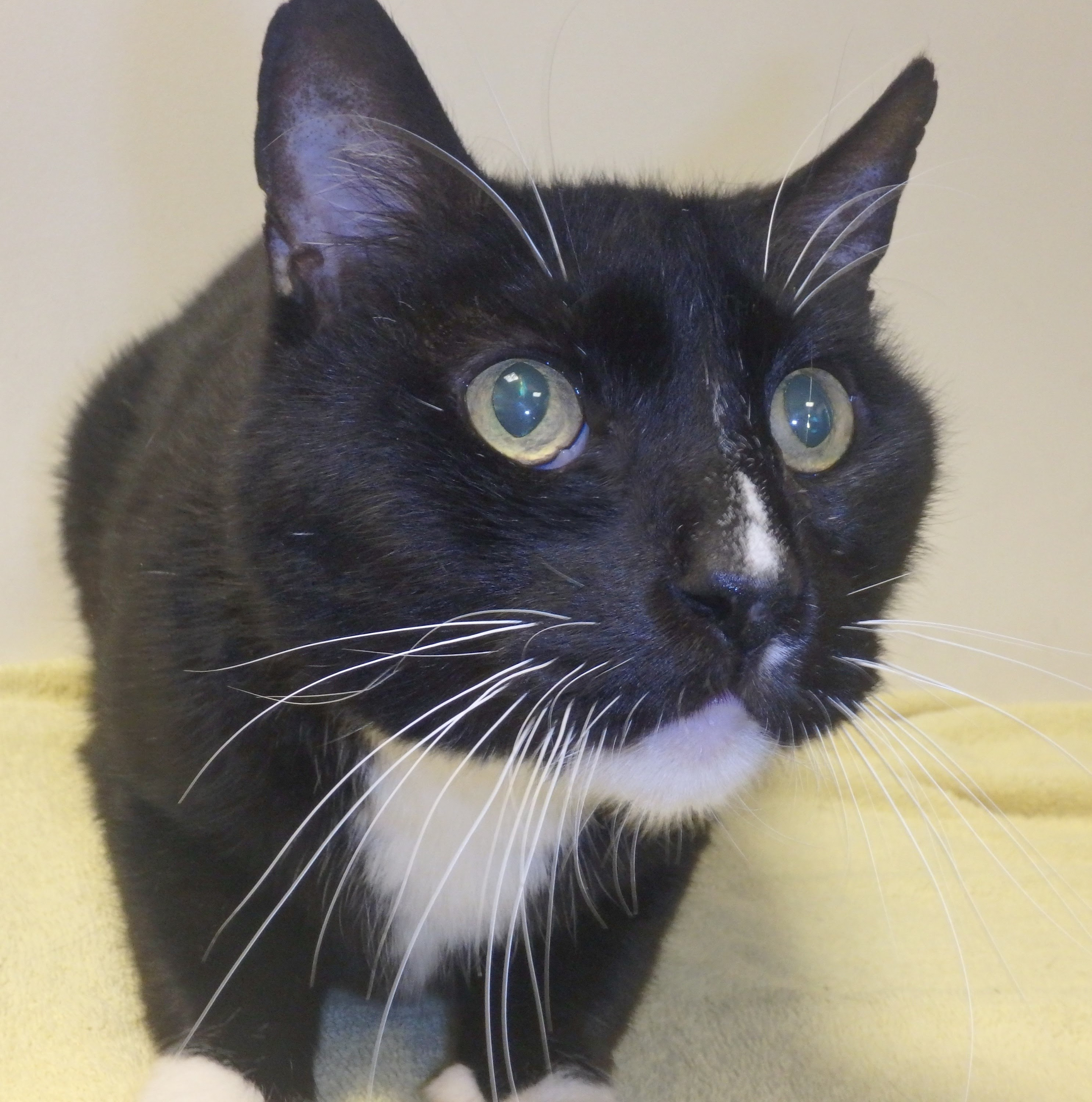 "DEJA"  ID# A1858742- Deja is in the group cat room where he’s getting along with the other cats and overcoming his shyness. He came to the shelter in May, but his people seemed not to remember to come and get him. He's a big, sweet and perfectly lithe 13 pounds of kitty love who just needs a loving peaceful forever home. 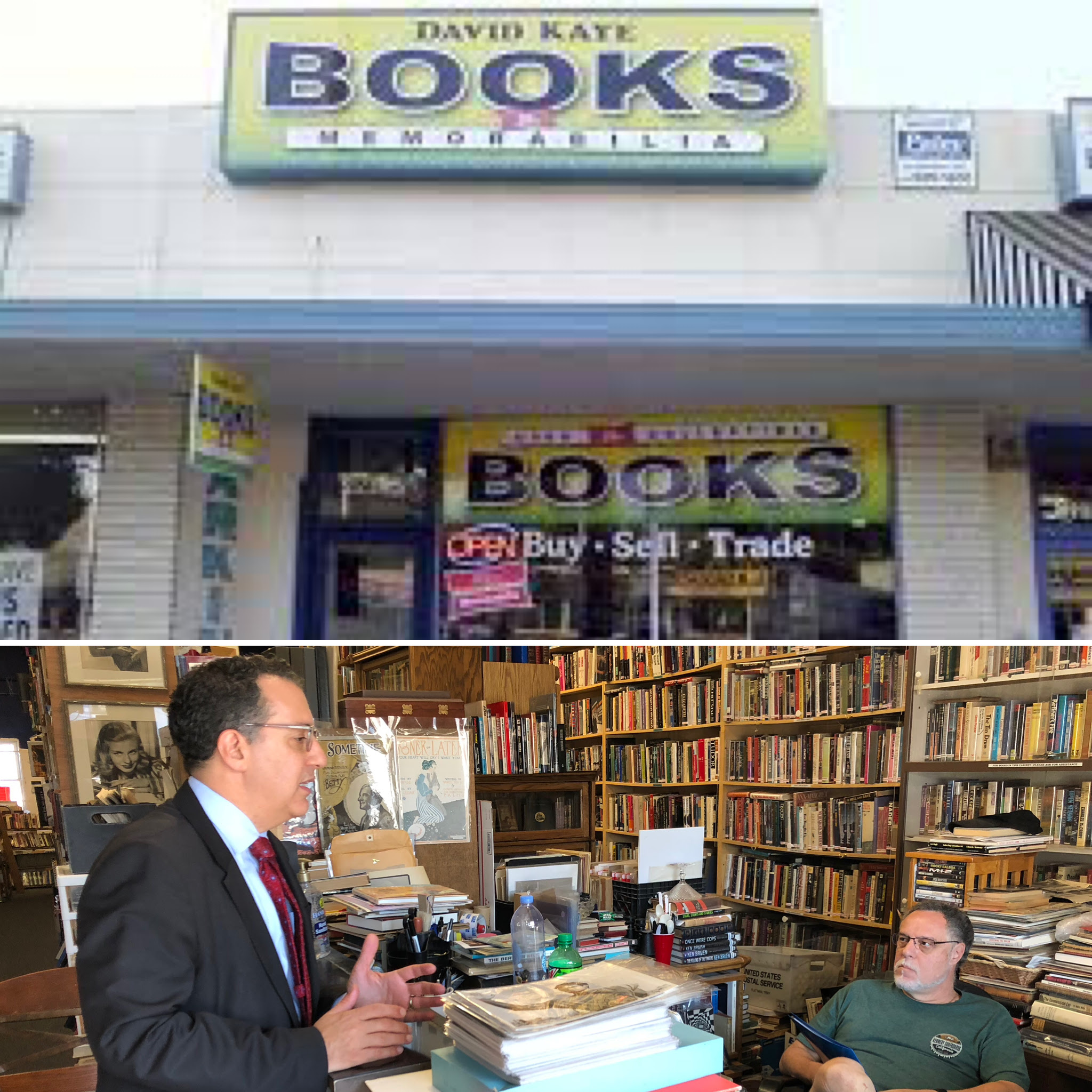 In preparation for E-Commerce week, Councilmember Blumenfield is featuring David Kaye Books and Memorabilia, a unique store that has expanded its customer-base through building a massive online platform on bookselling websites such as Biblio, Abebooks, alibris, and Amazon. Owner David Kaye started his business in the late ‘90s to connect rare book collectors with his growing database. Through his business savvy, Kaye expanded his operation onto various online platforms and by 2000 he decided to open up a brick-and-mortar shop off of Ventura Blvd. Since then, Kaye has built up his business as a premier destination for serious book collectors who are on the hunt for rare first edition works. Kaye’s love for books started from an early age and has continued throughout his life. As he looks back on over 20 years of running his business, he is happy to be doing what he loves and is grateful for his many ‘regulars’ who are always looking for another book to add to their collection. David Kaye Books and Memorabilia is a great e-commerce business that continues to thrive and remains a local staple of the West Valley for book lovers. In addition to rare books, David Kaye’s retail store also sells entertainment memorabilia, including vintage movie posters, celebrity autographs, and rare sheet music. David Kaye Books and Memorabilia’s store front is open to customers Wednesday through Saturday from 12PM-6PM. To visit his e-commerce storefronts, please visit his accounts on Biblio, Abebooks, alibris, and Amazon. 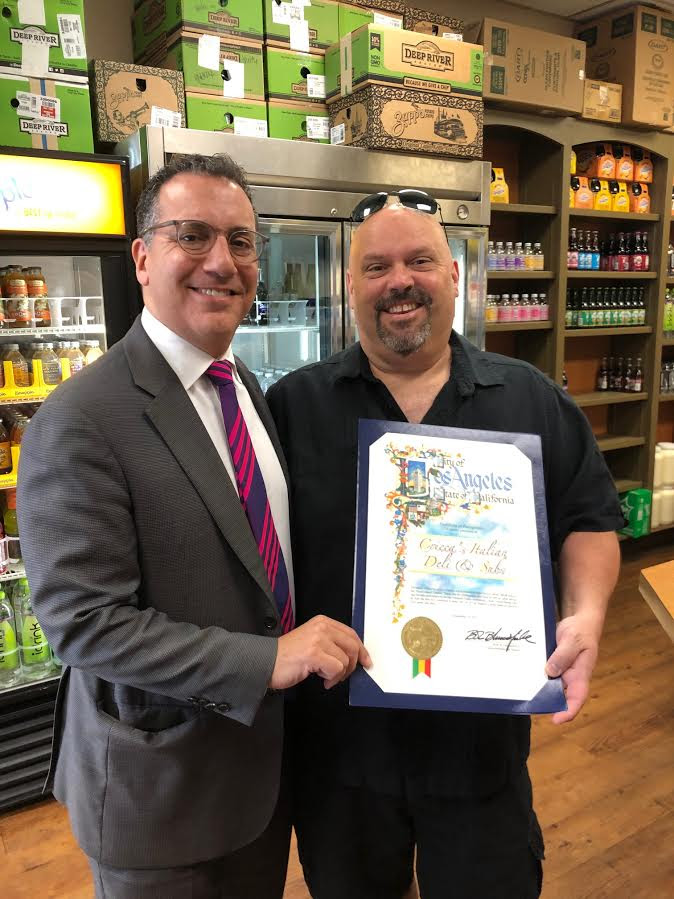 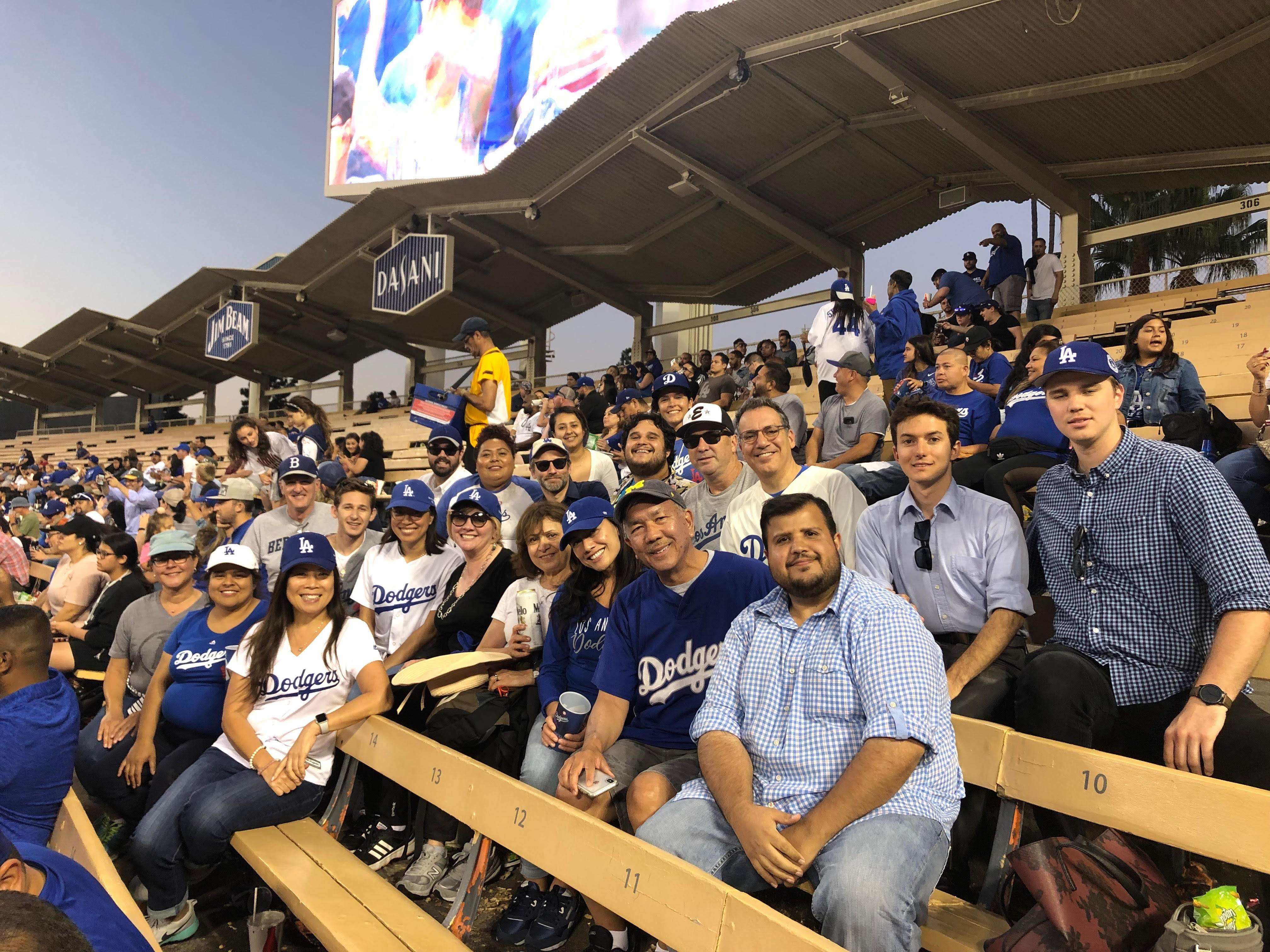 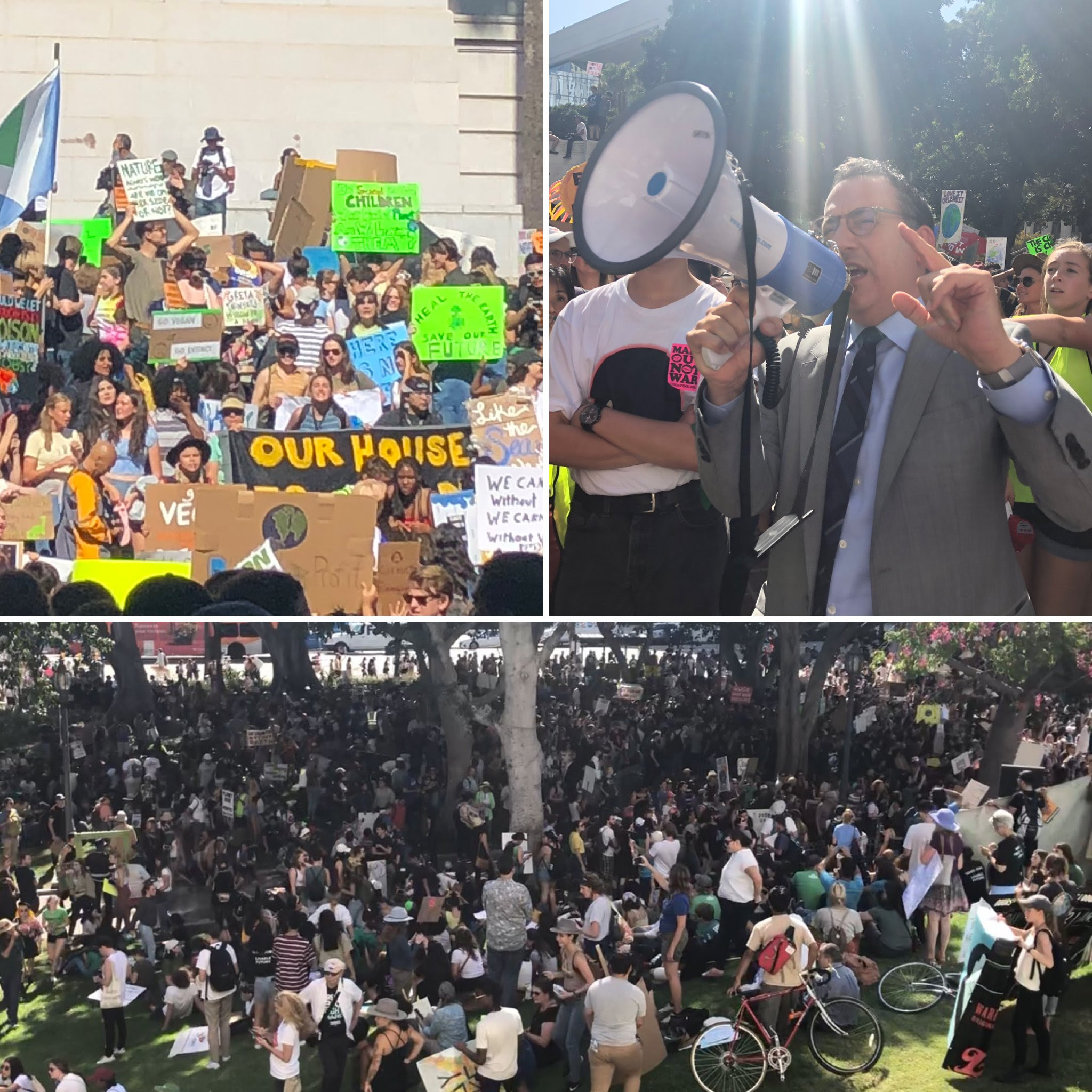 Blumenfield joined thousands of Angelenos and millions across the world for September 20ths #ClimateStrike! Blumenfield was inspired to see so many young people stand up against this existential threat. 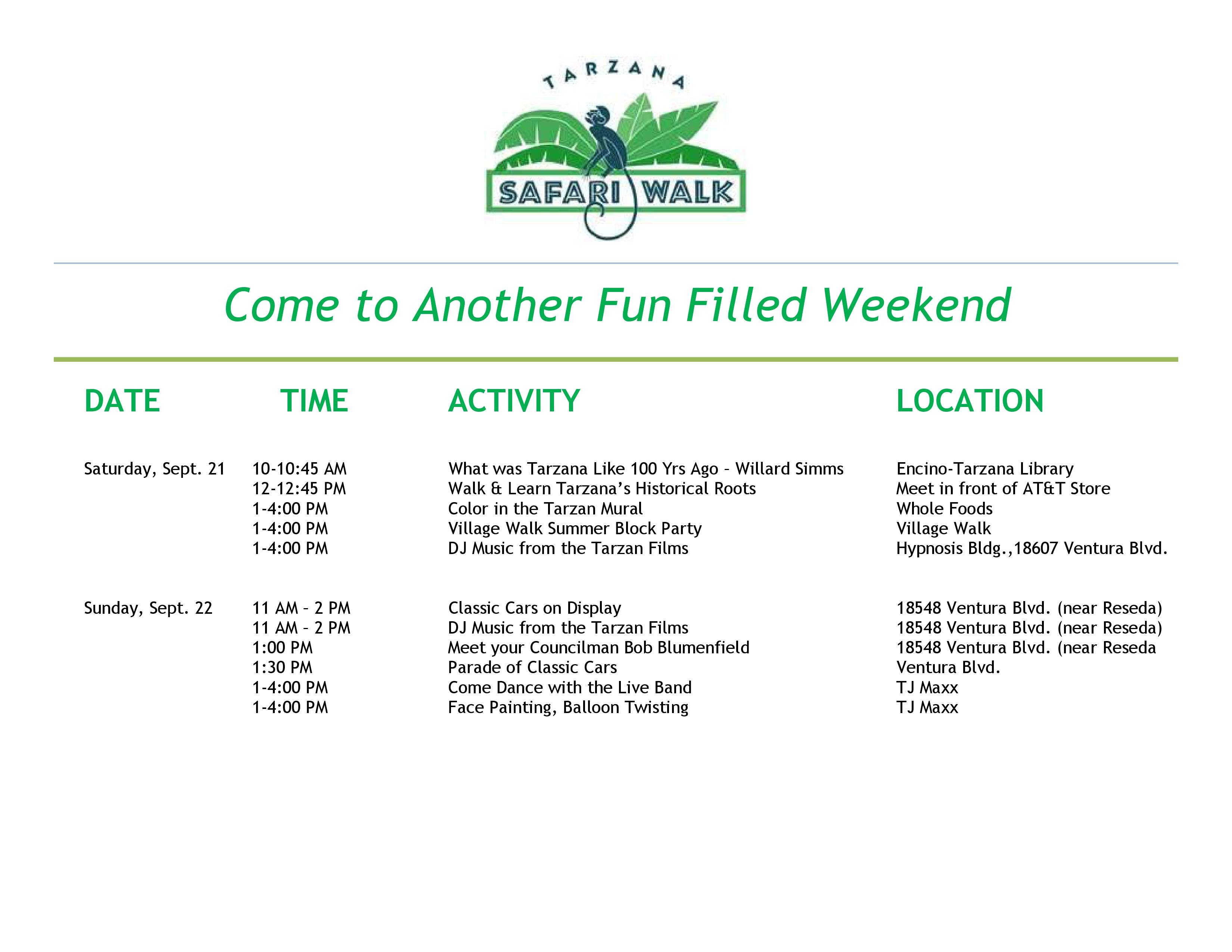 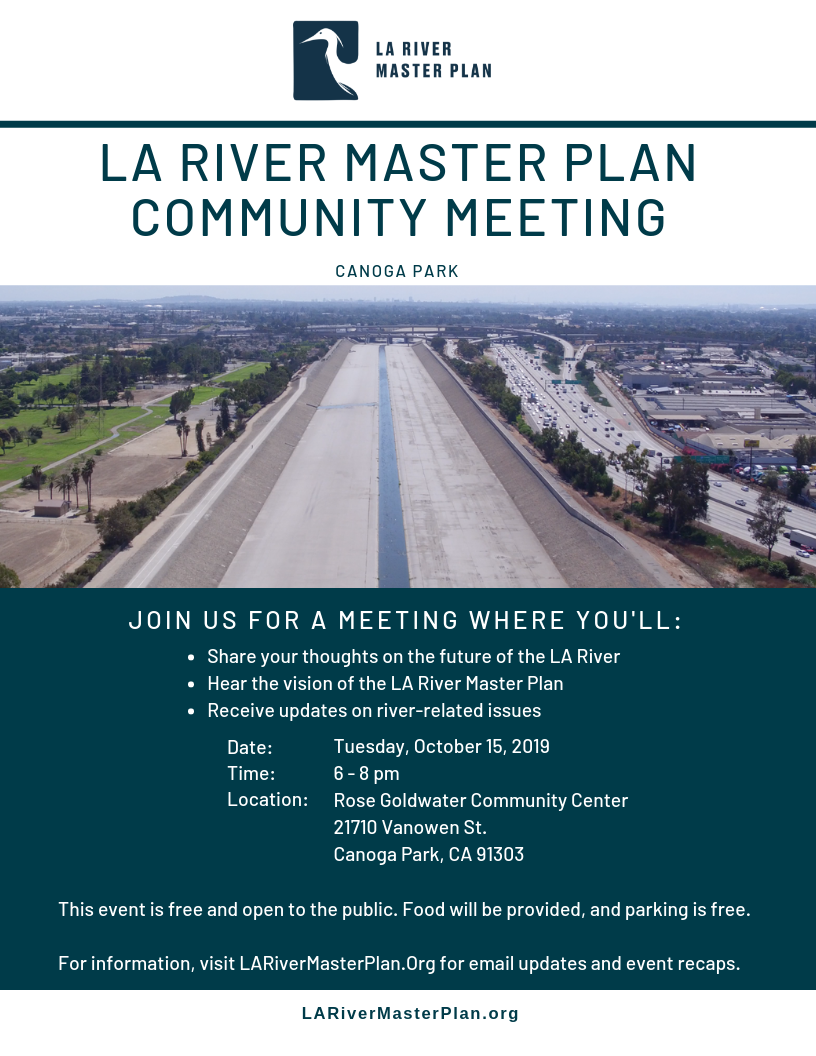 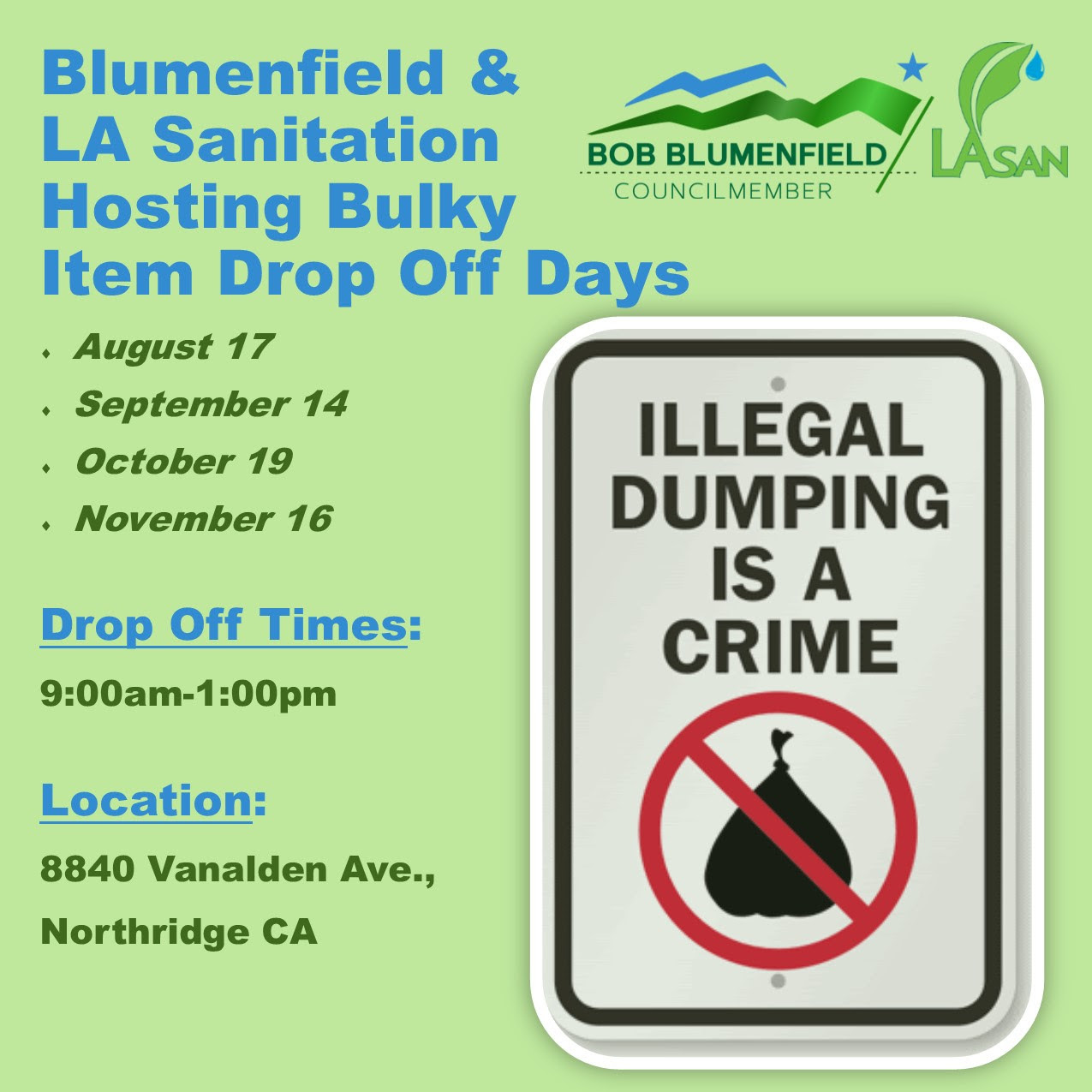 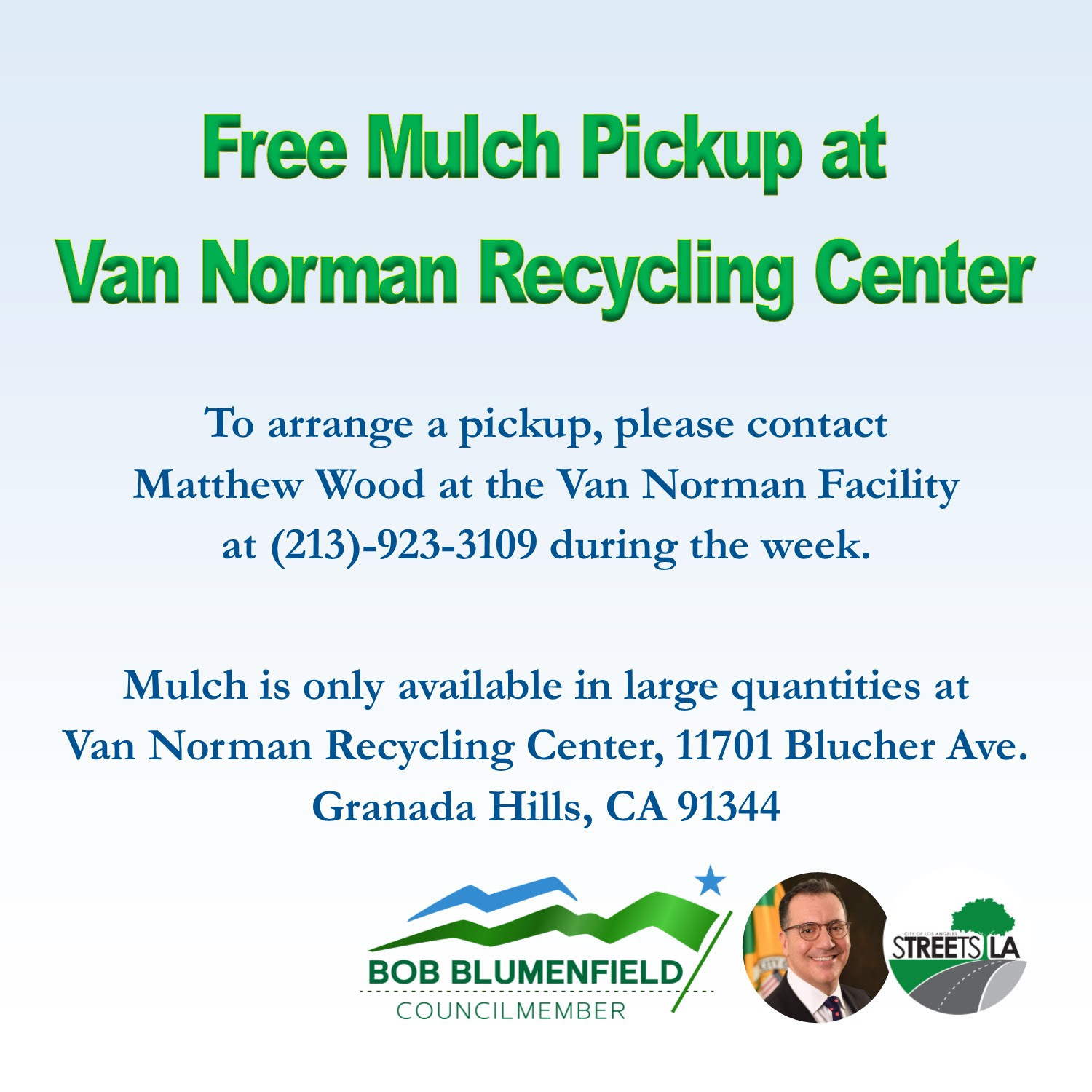 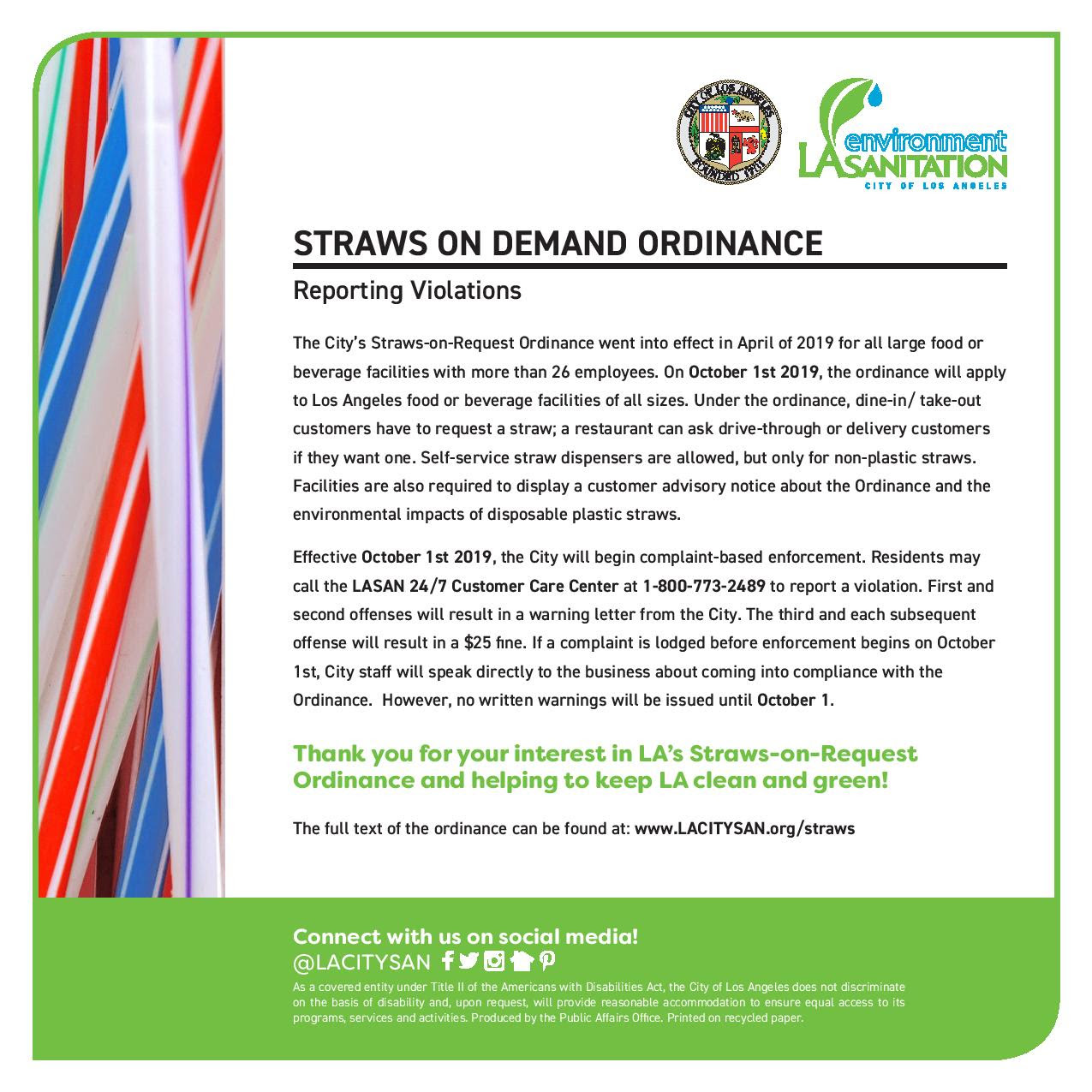