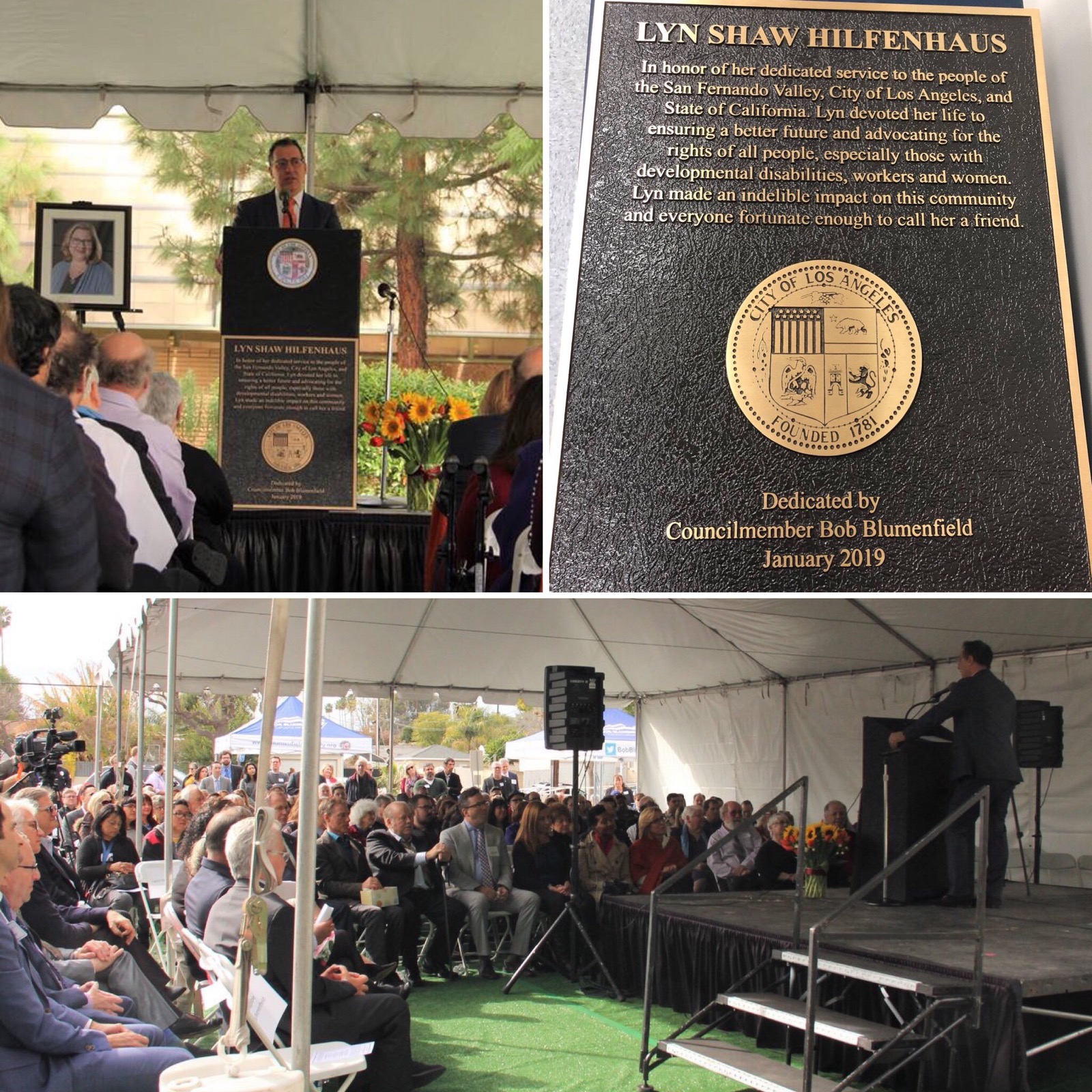 On March 1, Councilmember Blumenfield named the community room at the West Valley Municipal Building after his friend and former District Chief of Staff Lyn Shaw Hilfenhaus.

From ensuring a better future for people with developmental disabilities, to being a lifelong advocate for women's rights, to devoting her life to helping those who need it most, Lyn made an indelible impact on our community as well as every person who was lucky enough to call her a friend.

Since Lyn was a major advocate for persons with developmental disabilities, a group of singers from Valley Village came out to perform in her memory. Her husband Jim Hilfenhaus also spoke beautifully about Lyn’s legacy.

Lyn will be missed and remembered by countless members of the community for her commitment to making LA a better city for all. 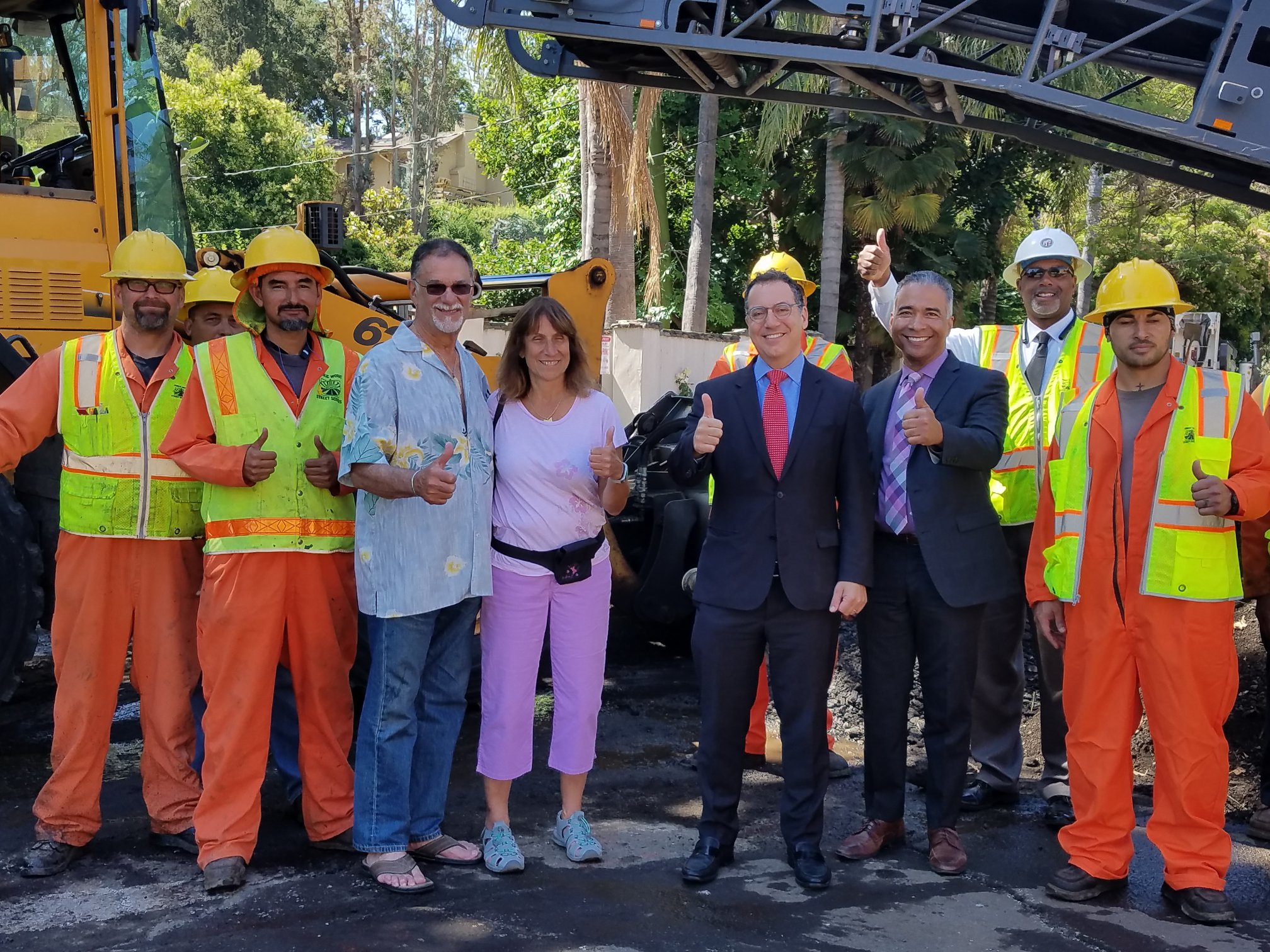 In June 2018, Blumenfield joined community members and staff from the Bureau of Engineering and Bureau of Street Services as they began work reconstructing Viviana Dr. in Tarzana, one of the streets that was removed from the City grid in 1936. This was the tenth street that Blumenfield was able to bring back before his ordinance passed Council.

On February 27, after years of work to identify, research and advocate, the City Council passed Blumenfield’s ordinance unanimously to reinstate hundreds of streets for services. Many of these streets were inappropriately removed from public use between 1936 and 1970 and haven’t received any sort of service since then.

When Councilmember Blumenfield became Chair of the Public Works Committee a year and a half ago, this was one of his top priority issues to tackle.

“It is absurd that we have streets in the City of Los Angeles that haven’t been serviced since the Great Depression and I’m proud we took this giant step to remedy the problem,” Blumenfield said. “Now the hard work of surveying the roads and getting crews out in our communities begins.”

As a member of the Budget and Finance Committee, Councilmember Blumenfield will be looking for ways to increase funding to get these streets, as well as other roads throughout the City, fixed quicker and more efficiently.

Learn more about the history of this issue and Blumenfield’s efforts in this recent article in the LA Times.

On March 1, Councilmember Blumenfield introduced a motion that could pave the way for building much needed affordable and supportive housing in the West Valley. The measure focuses on two specific parking lots in Reseda and directs City departments to initiative a review to determine what housing can potentially be created.

“Addressing homelessness is not just about helping those currently on the street, it’s also about ensuring that more folks don’t end up there,” said Blumenfield. “One of the challenges we have in helping to build affordable housing in the West Valley is a lack of surplus City property to offer. I’m trying to entice affordable housing developers to the Valley by potentially offering up those lots for these projects.”

Blumenfield has been actively working with departments to find City owned properties that could be used for needed affordable and supportive housing. After an initial review, the City identified five underutilized parking lots in Reseda—an area in the midst of economic redevelopment thanks to Blumenfield’s Reseda Rising initiative. In order to alleviate existing community concerns regarding parking, Blumenfield commissioned LADOT to conduct a parking study to analyze the availability of parking in and around Reseda's business corridor and surrounding residential areas. Now that the Reseda Parking Utilization Study has been completed and shows that a surplus of available parking exists, the City can now consider using the City-owned lots in Reseda for affordable housing.

Next, the motion will be heard in the Council’s Homelessness and Poverty Committee. 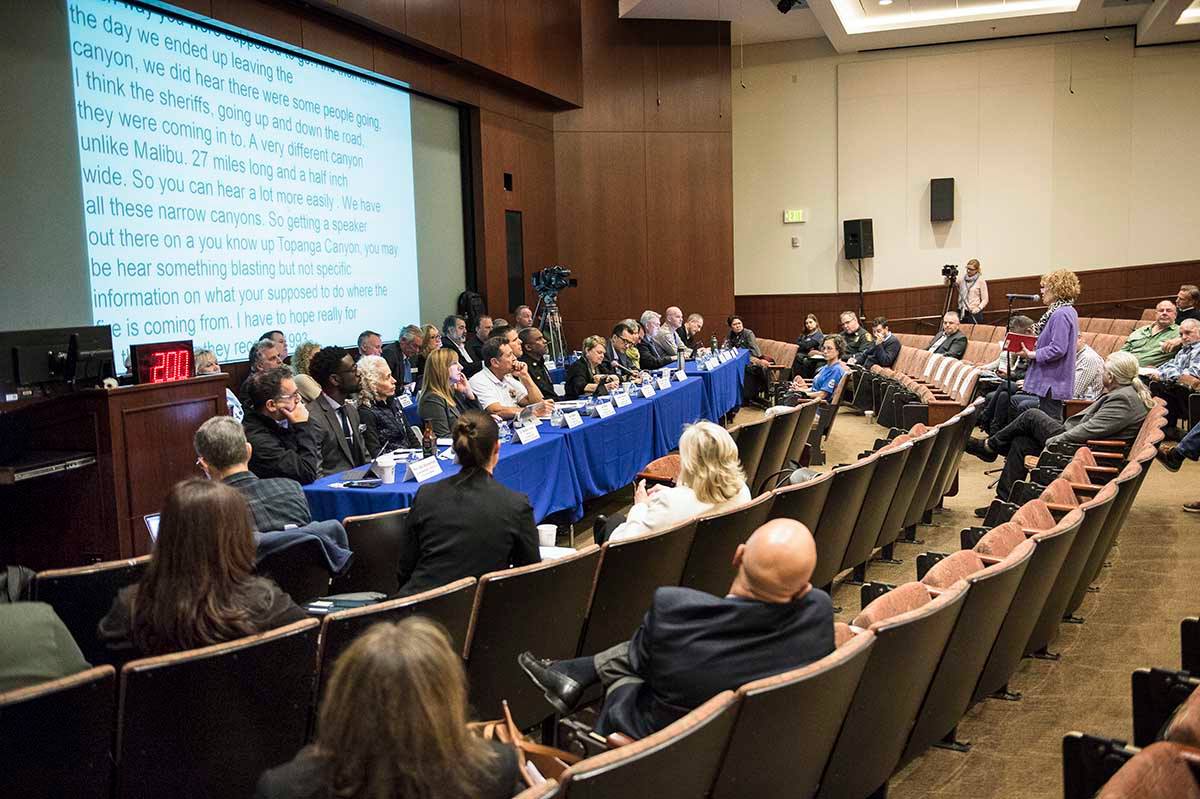 In the aftermath of the recent wildfires in Southern California, Councilmember Blumenfield was asked by Supervisor Sheila Kuehl to join her Woolsey Fire Task Force to help capture experiences from residents, develop a comprehensive review of what happened during the devastating 2018 fire, and find ways to be better prepared for the next natural disaster. Alongside leaders from many local and county departments including the LA Sheriff’s Department, LA County Fire, LAPD, LAFD, the Office of Mayor Garcetti, and the Santa Monica Mountains Conservancy, Blumenfield heard from residents who lost everything in the fires and how they are struggling to rebuild their lives.

“There are few things more unimaginable than having your life completely thrown upside down by a natural disaster,” Blumenfield said. “I am very thankful for Supervisor Kuehl’s leadership and determination to learn from this fire and rebuild our region.”

The first session took place on February 23 at Pepperdine University and the second session was on March 3 at King Gillette Ranch in Calabasas. To learn more about what was discussed at these task force meetings and to learn about future meetings, please click here. 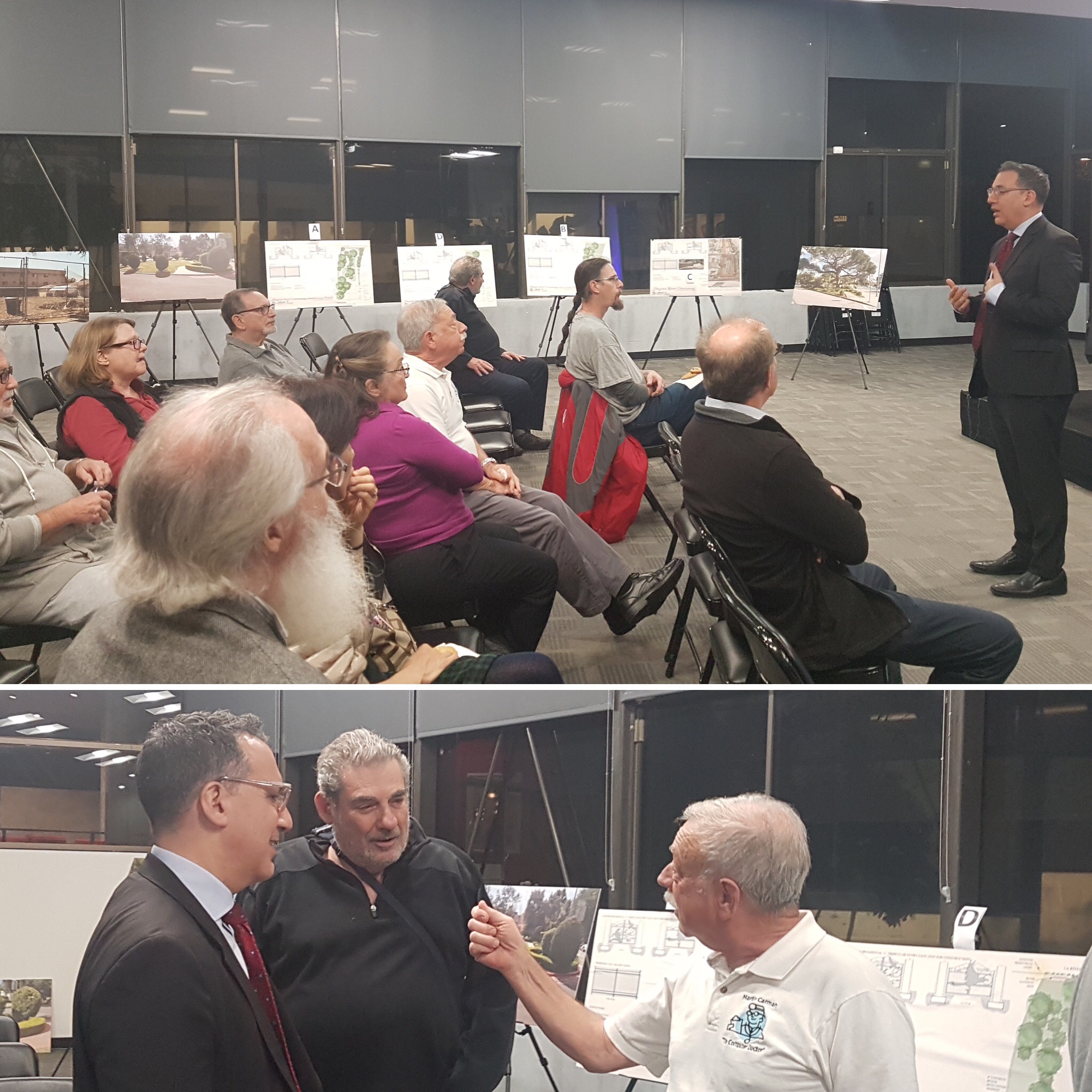 On March 4, Councilmember Blumenfield hosted the latest community meeting for the Haynes Street Beautification Project in Winnetka. Previously, dozens of neighbors gathered to discuss the needed repairs to this storm drain between the community and the LA River and how to enhance the property with improvements such as a walking path, greenery and pet friendly amenities.

“It is wonderful to present a few plans based on our previous conversations to beautify our community and add more needed green space,” said Blumenfield.

Located at 19941 Haynes St, this plot is owned by the City of Los Angeles and the Department of Sanitation has responsibility for fixing the drain. Blumenfield wanted to ensure that community members have a chance to offer their input on the future of this site. While there was general agreement about the big picture parameters there was a split in the community when I came to some of the potential details.

For questions or concerns on this ongoing effort, please call Blumenfield’s office at 818.774.4330 or send an email to [email protected] 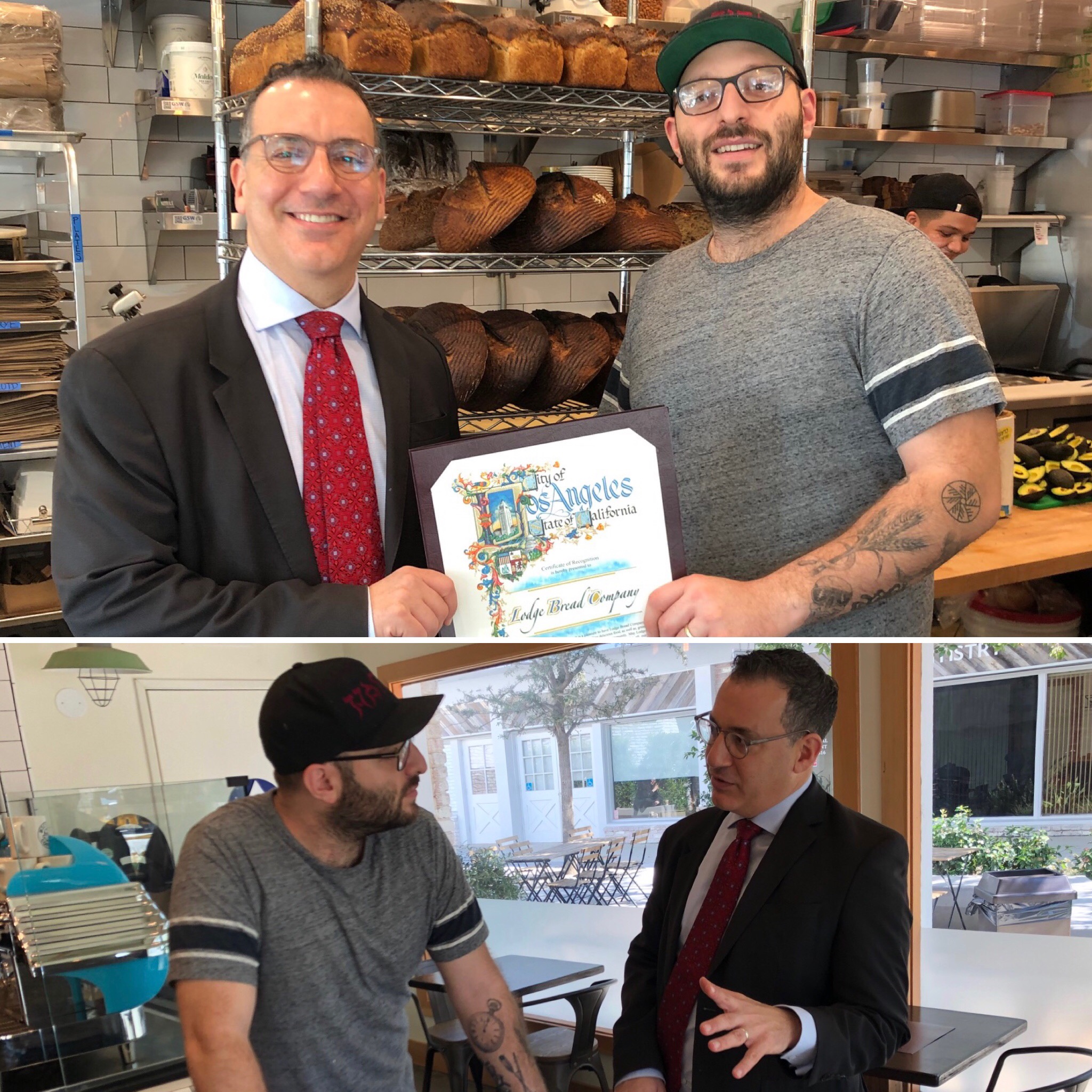 Lodge Bread Co. is a bakery based in Woodland Hills and Culver City that bakes delicious whole-grain breads and goods fresh everyday. When owners Or Amsalam and Alex Phaneuf first came together to open their bakery in November 2015, this passion project quickly became their life’s work. Now with two bakeries in LA, the Lodge Bread Co. is wildly successful and continues to grow.

Lodge Bread Co. has an expansive list of different breads available throughout the week and also daily specials, such as Kalamata olive, cinnamon raisin, fontina, and they even make pizzas, salads, and sandwiches.

(located in the Valley Country Mart) 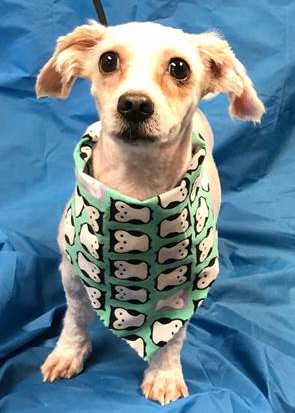 “Pixie” ID# A1386399- Pixie is a ball of energy, love and fun.  She likes to joyfully bounce around you on her hind legs. Very loyal and attentive, she will fit nicely into your arms and lap -- she is a tiny 12 pounds of soft golden sweetness! Pixie is 7 and she might need some dental cleaning.  She’s already spayed so this extreme sweetheart is ready to go home with you today!  Come adopt Pixie and take home love! 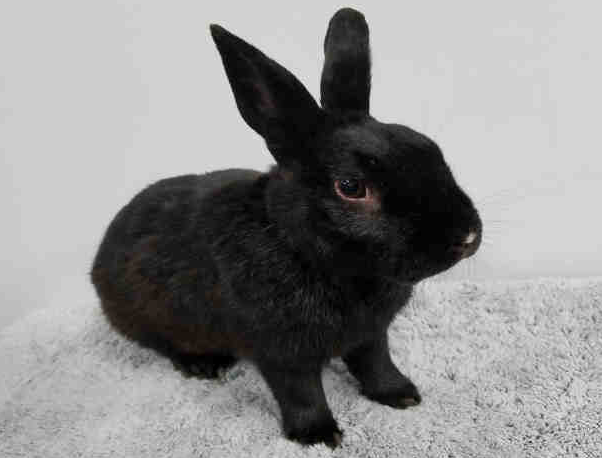 “Houdini” ID# A1785689- Houdini is a beautiful and sweet bunny, just 1 year old.  He’s adorably curious and playful and when he is out of his pen playing with his person, he loves hopping through his play-tunnel.  He enjoys bunny-nibbles with favorite treats like cilantro and romaine lettuce. 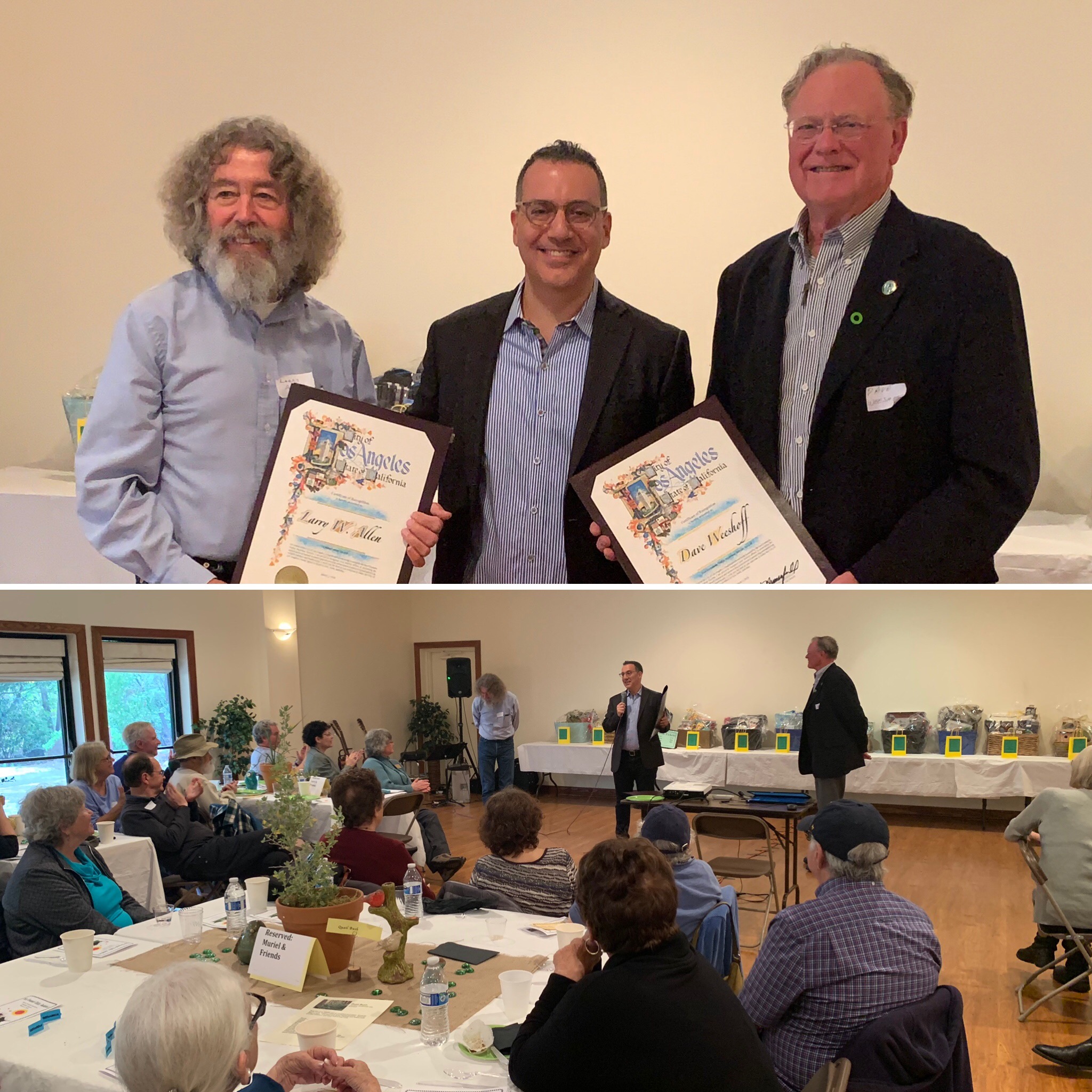 On March 2, Blumenfield joined the San Fernando Valley Audubon Society to celebrate Larry W. Allen and Dave Weeshoff, two incredible conservation champions. Blumenfield has had the pleasure of partnering with this wonderful organization for over two decades, starting when he worked for Rep. Howard Berman. 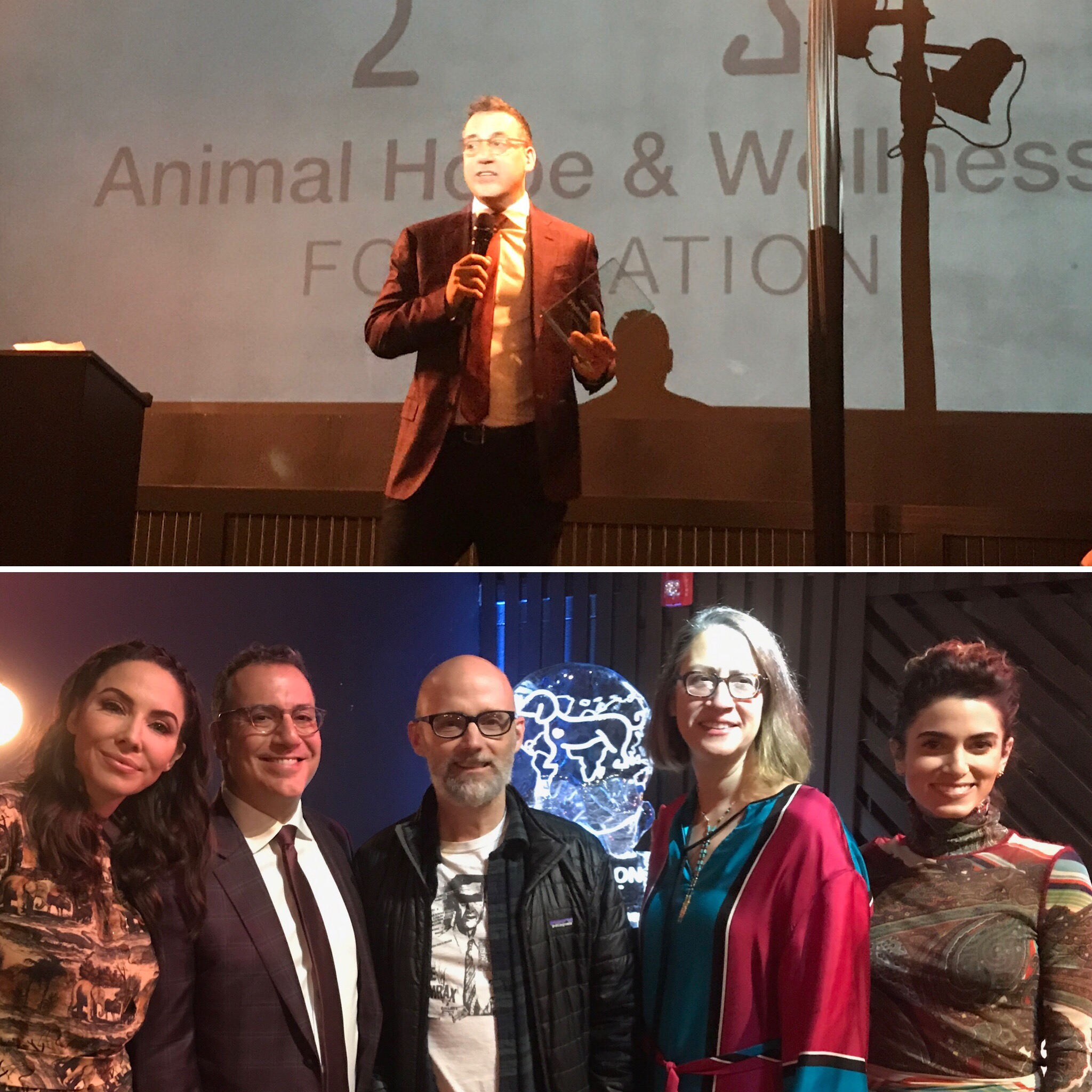 On March 3, Blumenfield was honored by the Animal Hope and Wellness Foundation at their Compassion Project Gala for his animal advocacy.  As part of the event, they held a cruelty-free fashion show to celebrate the major victory of Blumenfield’s Fur Ban ordinance as well as Assemblywoman Laura Friedman’s bill AB 44, which is making its way through the state legislature. Above, Blumenfield with animal welfare advocates including Whitney Cummings and Moby.