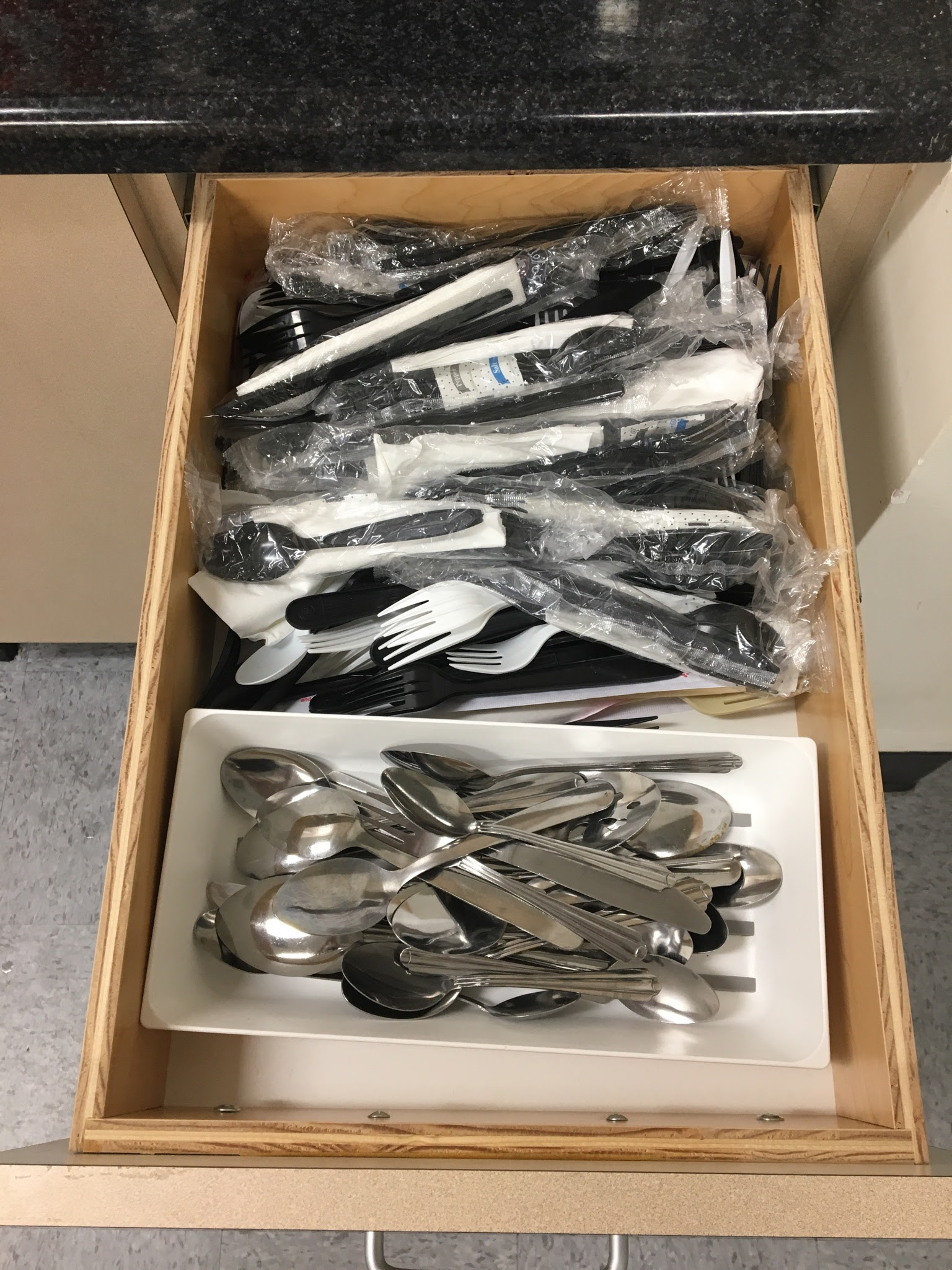 “Now more than ever, Los Angeles needs to lead strong environmental efforts and I believe that as the second largest City in the nation, we can make a big ecological difference by thinking twice about how much we need wasteful plastics, such as utensils,” said Blumenfield. “Many people have that one drawer in the kitchen packed to the brim with extra forks and knives from takeout or delivery and I believe it makes sense to ask consumers if they really need more.” 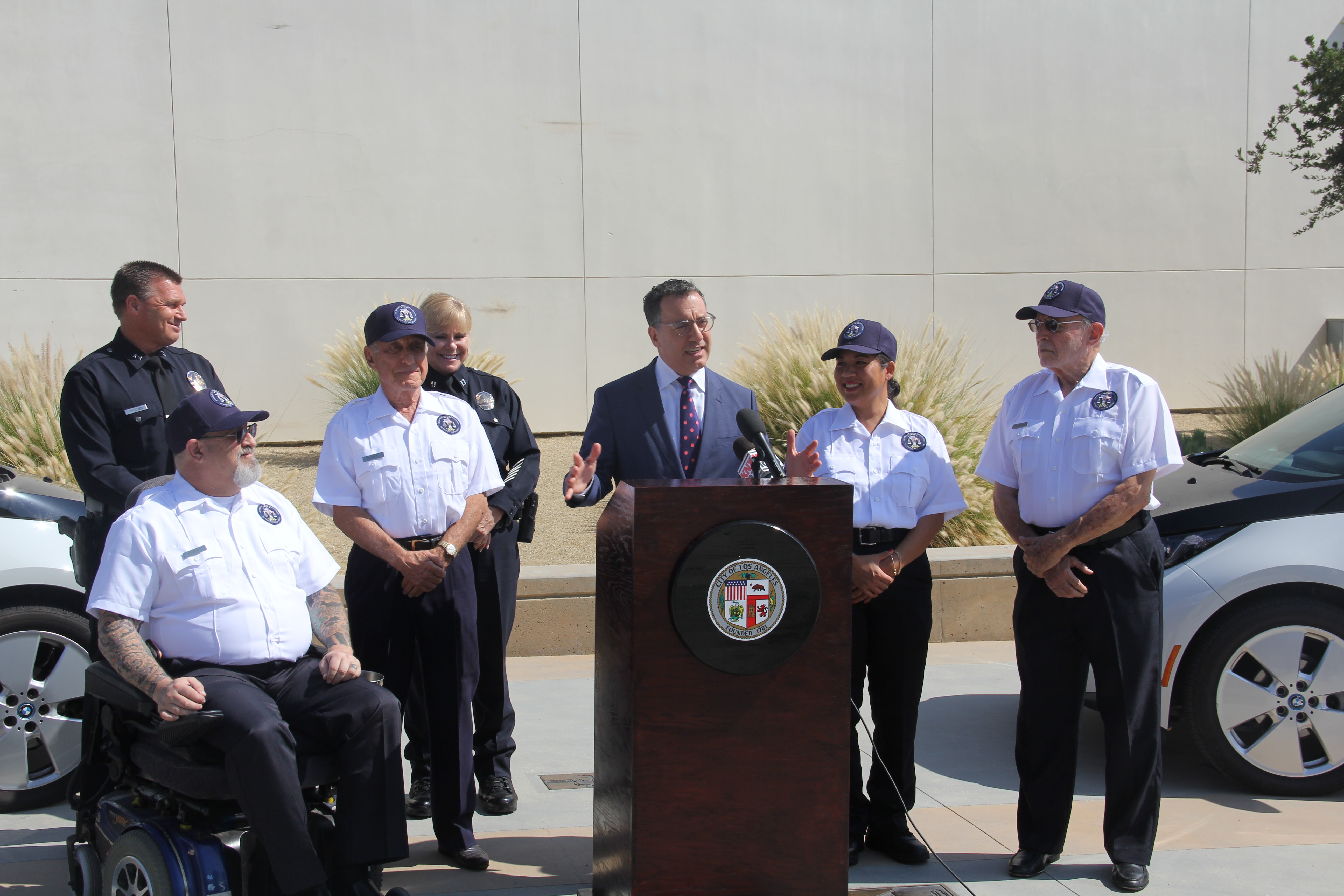 In August, Councilmember Blumenfield joined the new LAPD Deputy Chief for the Valley Kris Pitcher, and Captains Maureen Ryan and Paul Vernon to launch the LAPD Topanga Division Volunteer Program. This program, which has already begun at the West Valley and Devonshire stations, will educate, train and offer resources to community members to patrol their neighborhoods and communicate with LAPD about potential criminal activity.

“I am proud to help launch and financially support the Volunteer Patrol Program at the LAPD Topanga Station,” said Councilmember Blumenfield. “Now all three divisions in my district have more eyes and ears in the community, folks who are empowered and trained to help our law enforcement and report crime on our streets.” 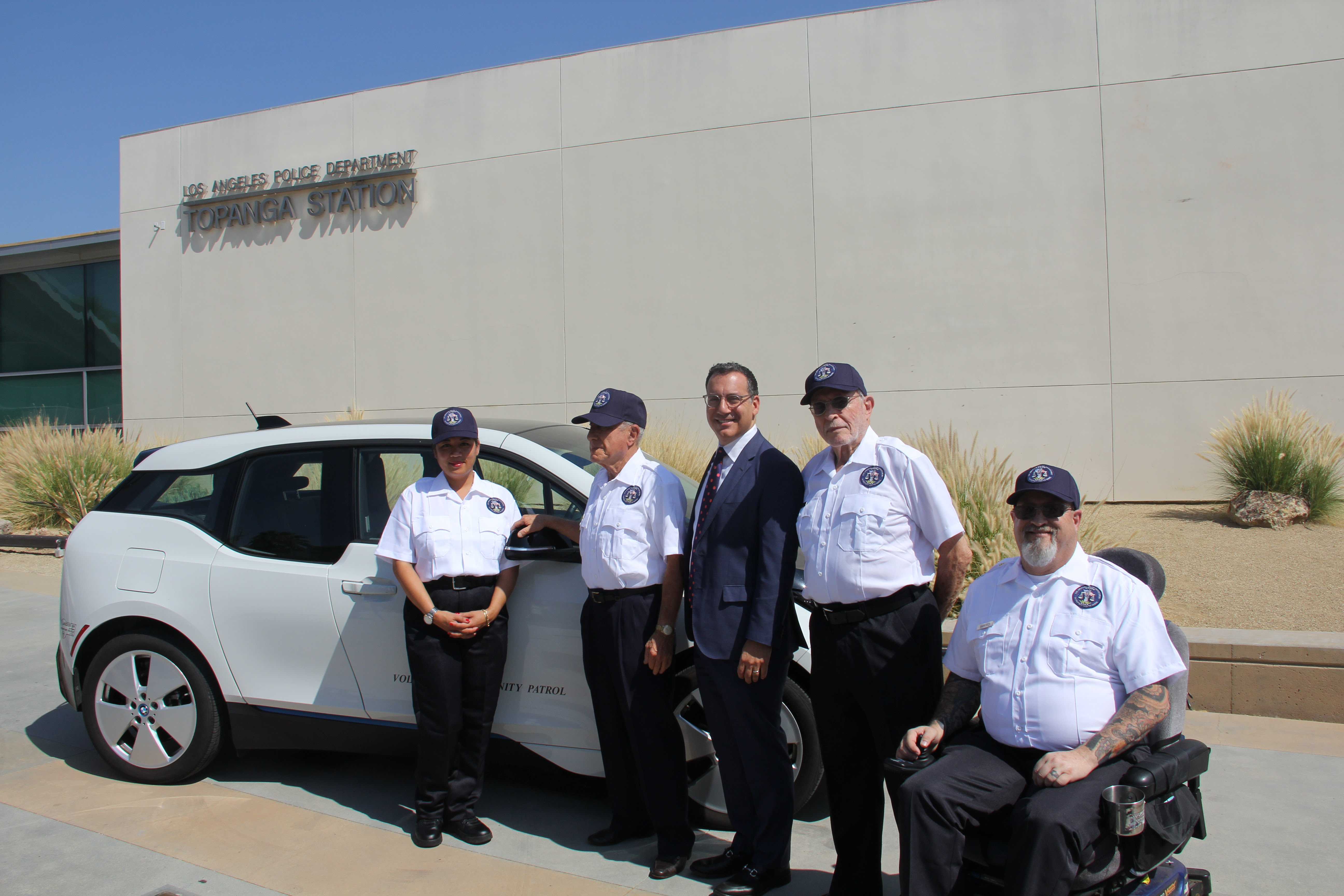 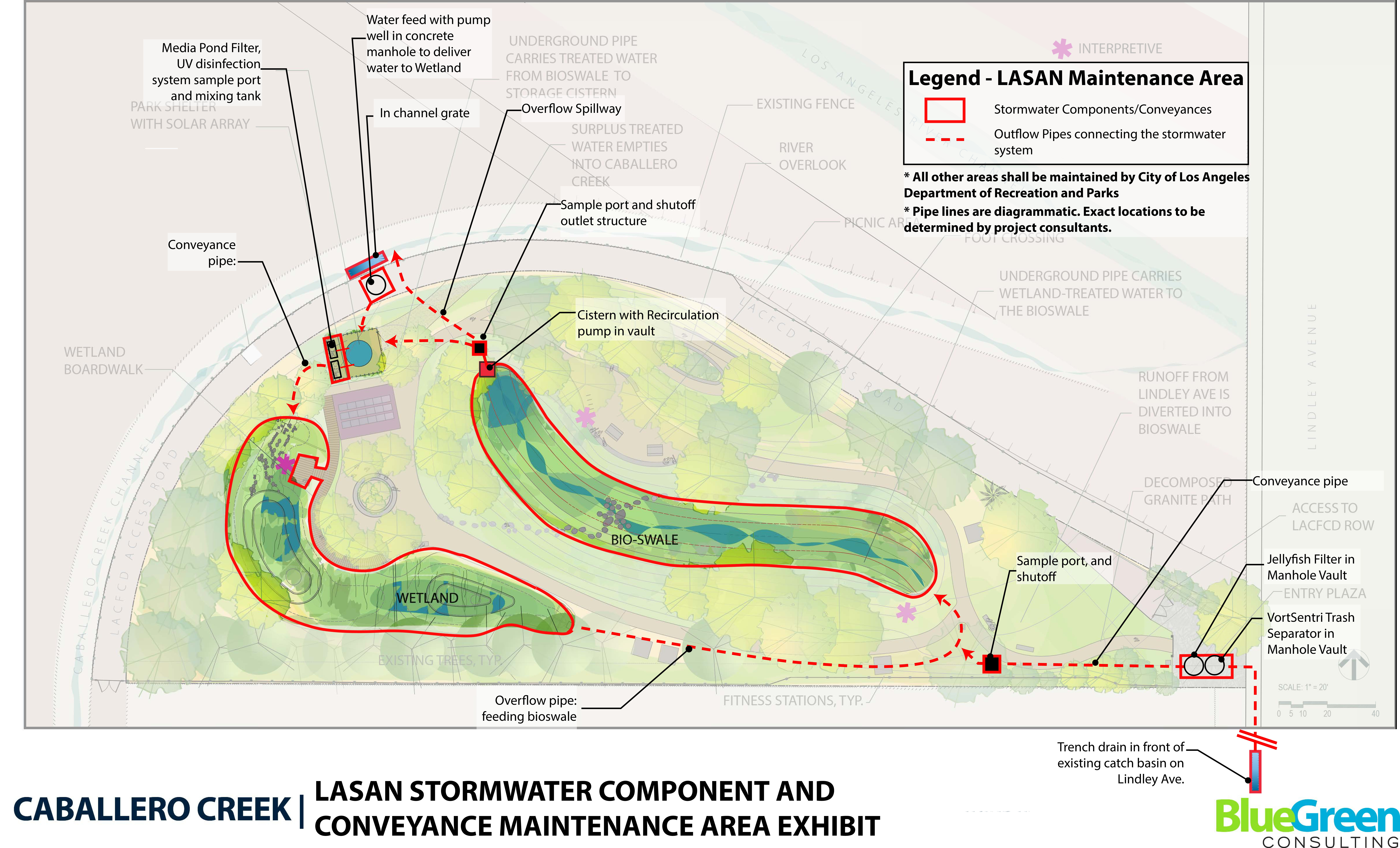 In June, Councilmember Bob Blumenfield announced a huge step forward in creating the Caballero Creek Park, converting a 1.6-acre underutilized site into a multiple-benefit park, located at the convergence of the Los Angeles River and Caballero Creek near Victory Blvd. and Lindley Ave. in Tarzana.

The Mountains Recreation and Conservation Authority (MRCA), Department of Recreation and Parks, Bureau of Sanitation, and General Services, and the County have joined forces to design and complete the Caballero Creek Park. Blumenfield has also partnered with Reseda High School to utilize the new space as an outdoor classroom. The design includes s innovative methods for watershed protection, including a bioswale and a wetland component for storm water treatment. In 2016-17, Blumenfield secured $750,000 in City funding for the Caballero Creek Park Project. After months of collaboration between Blumenfield, his staff and the City and County family, the project is ready to move forward.

This park will mark the third new City park that Blumenfield has helped create following the Costanso Fire Station Park in Woodland Hills and the LA River and Aliso Creek Confluence Park in Reseda. He also worked closely on the new and improved Woodland Hills Rec Center that reopened in August 2017 as well as many renovations at various parks throughout his community. He strongly believes that public parks and open space are critical for good quality of life for residents. 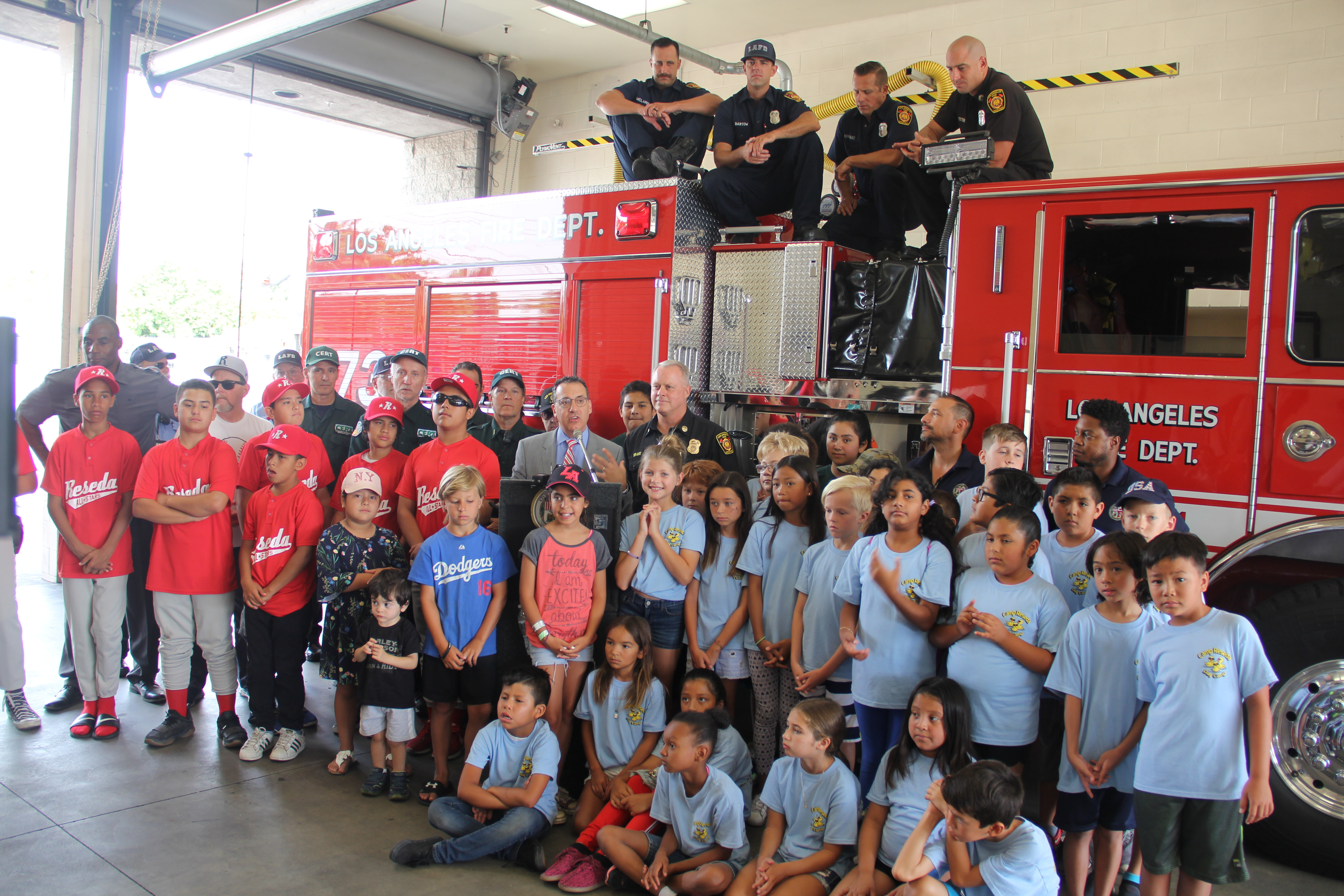 Councilmember Bob Blumenfield, Los Angeles Fire Department Assistant Bureau Commander John Drake, local youth, community members, and the entire team at Reseda's Fire Station 73 welcomed and celebrated the new full engine company in the West Valley. During the Great Recession there were deep cuts to many local services. Once Blumenfield was elected to the City Council, he promised to restore a full engine company to FS 73. He is thrilled that, after years of hard work, budget debates and pursuing funding opportunities, the station is back at full capacity.

The City received $15.5 million from the Federal Emergency Management Agency’s (FEMA) Staffing for Adequate Fire and Emergency Response (SAFER) grant and the City Council has committed another $10 million over the next three years. This has allowed the LAFD to hire an additional 48 firefighters enabling the Department to staff new fire engines at stations in Reseda, Lincoln Heights, Echo Park, and Mission Hills. 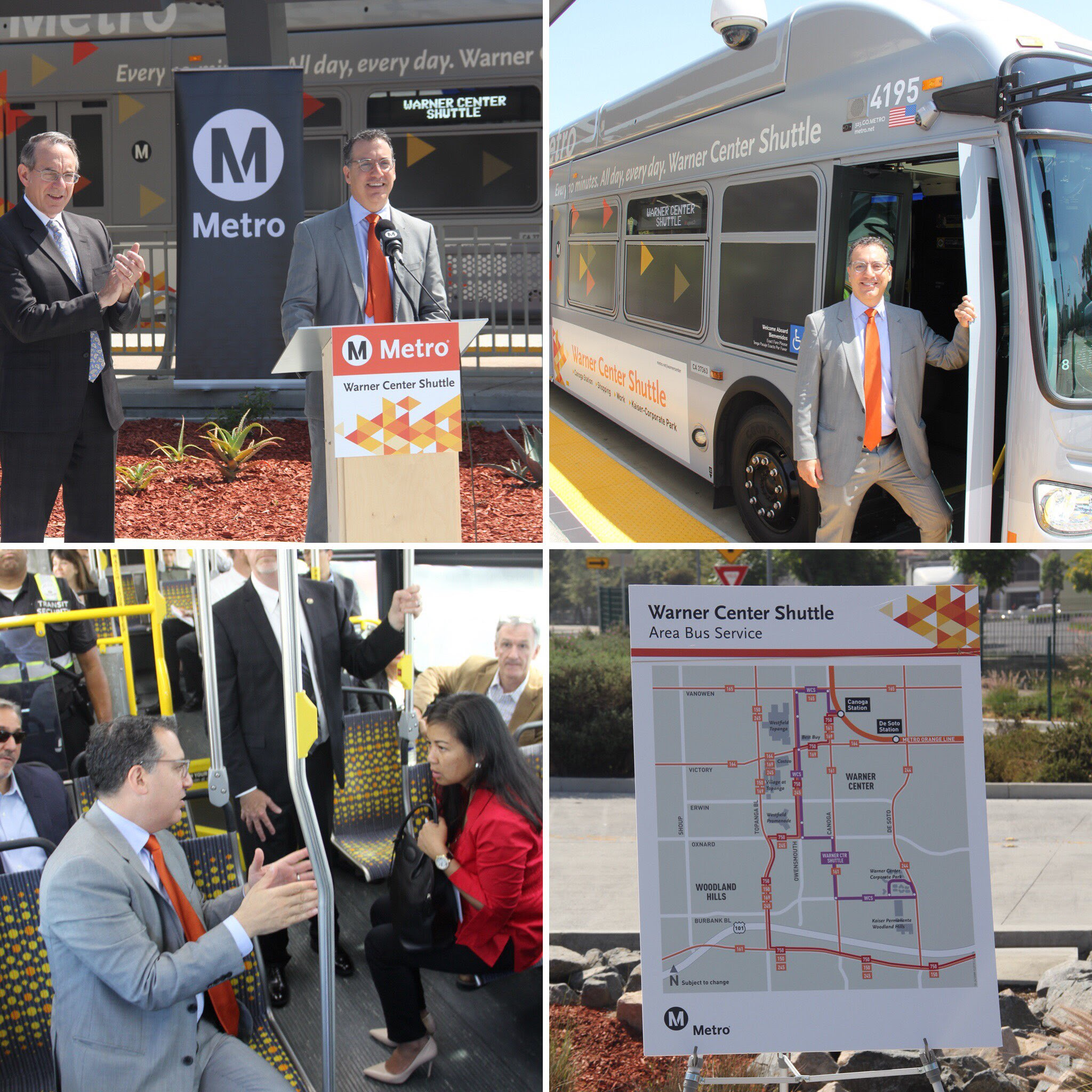 In June, Councilmember Blumenfield helped launch the new Metro Warner Center Shuttle and joined in its inaugural ride. Replacing the single Orange Line Stop at Warner Center Station, this new line connects riders to 10 new stops including Westfield Topanga & the Village, Warner Center Corporate Park, Kaiser Permanente and others. It will serve as a local circulator to make it easier for local residents and workers to get around without using their cars.

“Also, now Orange Line riders and locals can link up and have easy access to major amenities of Warner Center,” said Blumenfield. “My staff and I vetted many options on how to best add more mobility and mass transit through our downtown area and this new line is easy and efficient and doesn’t add cost to an Orange Line rider.” It will run continuously and wait times are less than 10 minutes. 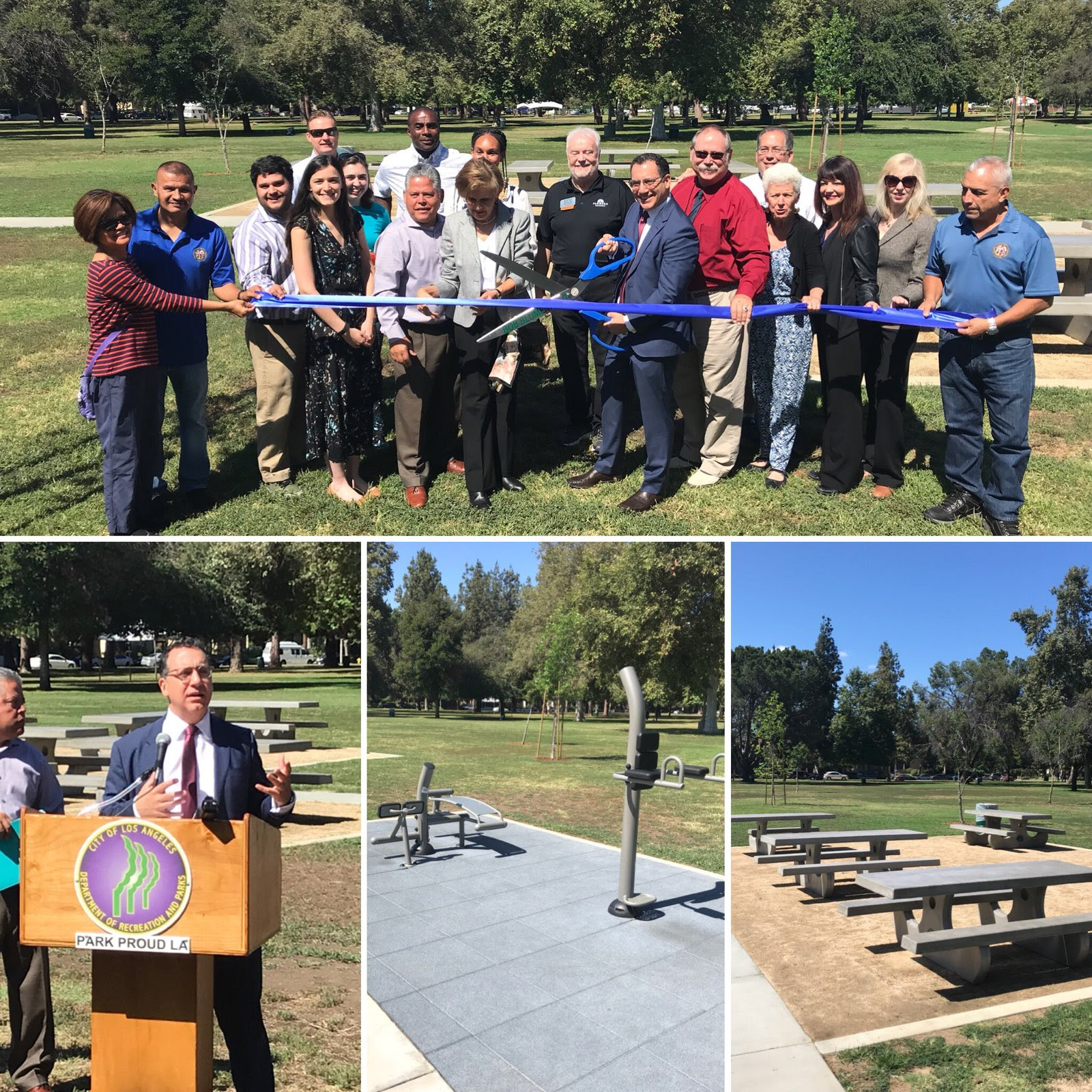 “This is an enormously positive improvement in one of our most utilized community parks,” said Blumenfield. “I am proud to fund the addition of all this equipment and invest in the future and health of our parks and community.”

Note From Councilmember Blumenfield- Neighborhood Watches Help Prevent Crime and Bring Communities Closer, But Please Be Careful With Posting Signs Around the Community

I proudly support our many neighborhood watch groups in the West Valley and meet with them regularly. They serve an invaluable role on our streets helping prevent crime, adding visibility for law enforcement, and serving as the eyes and ears in our community. Recently I have heard from some constituents that after they posted signs in their community promoting their watch group, Los Angeles Department of Transportation (LADOT) had taken them down because they were put up ‘illegally’ in the public right-of-way. I understand the irony of a sign meant to be a deterrent for crime being called ‘illegal’ but like any sign posted in public, there are rules that must be followed in accordance with our local and State laws. The State sets much of the rules around signs in the public right-of-way.

If your watch group had posted signs removed or you are interested in putting up neighborhood watch signs, please call my office at 818.774.4330 or email me at [email protected] because I am here to help. You can also learn more about this issue by reading a recent editorial I wrote at http://blumenfield.lacity.org/neighborhood_watches_help_prevent_crime_and_bring_communities_closer. I encourage all of our neighborhood watch groups to have a visible presence in our community and I want to help them follow the City and state code so their signs can be a permanent fixture in our neighborhoods.