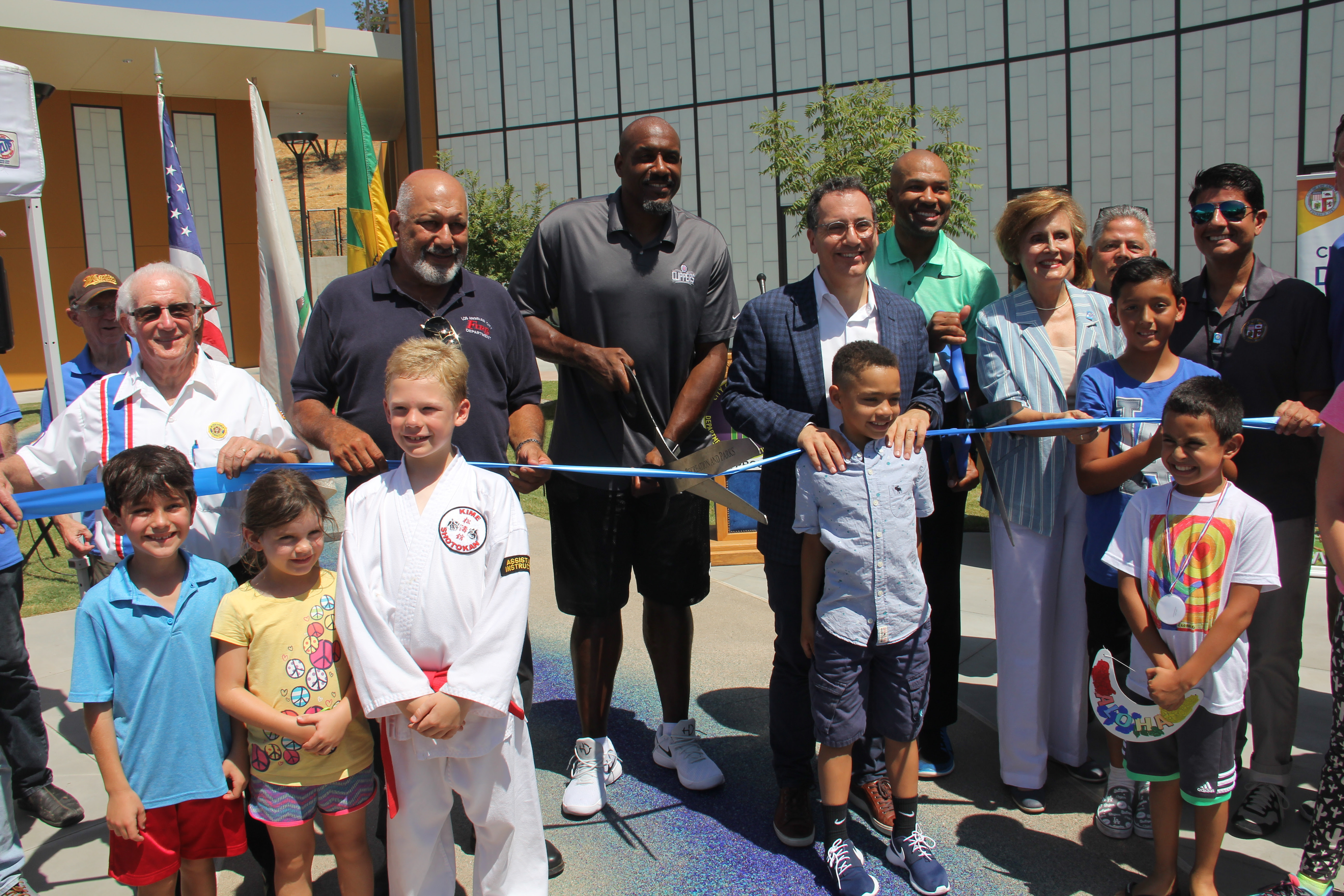 “It is great to open this fantastic new facility right here in the West Valley,” said Blumenfield. “Not only is it beautiful, but it is environmentally state-of-the-art. This park is about fun, recreation, family, and community.”

This new jewel in the West Valley includes a 12,300 sq ft recreation center comprised of a gym, multipurpose rooms, and support facilities. Before this upgrade, indoor facilities were packed into just 2,400 sq ft of space. The center is LEED (Leadership in Energy and Environmental Design) Gold certified and has 3,000 sq ft of solar panels on site which will generate 35% of needed annual energy. There are also three new playgrounds for kids of all ages, indoor and outdoor basketball courts, public art installations, free Wi-Fi and much more.

Last month, Blumenfield led a grand opening for the pool which he has made sure will be open through September, beyond normal operating months. Surrounding park fields will open this fall with new grass.

Since serving in the State Assembly, Councilmember Blumenfield has led the charge against mobile billboards, signs that clutter public streets and hog much needed parking spots.

It took several State bills, which he authored, and a city ordinance to finally get rid of thousands of unhitched mobile advertisements that were clogging roads, reducing visibility and safety on roads, and adding visual blight to West Valley neighborhoods. Recently, trying to take advantage of a legal accommodation to help homeless people, one of those “blight merchants” has reemerged to try and peddle his advertisements on public property once again.

“There are few issues I have faced in my political career that have such unanimous opposition as mobile billboards. It’s as if the only people who like them, are those that profit from them,” said Blumenfield. “Unfortunately, like a bad case of shingles, after lying dormant, they sometimes come back.”

The statute that this re-emerging blight peddler is trying to exploit concerns how the city treats bicycles on or attached to public property. Bicycles are treated differently than other personal property. According to LAMC 56.11, the law that limits the personal property that someone can store on the street, the belongings of a homeless person must fit into a sixty gallon container. But because bicycles are considered necessary transportation, they are included in the property limitation and authorities are reluctant to remove them.

So, to stop the blight merchant from turning all of our streets into parking spots for bicycle advertisements, Blumenfield authored a motion to tailor city code to make it crystal clear bikes parked to peddle advertisements are illegal and can be removed. Blumenfield also raised the punishment for repeat offenders, including the possibility of jail time. This ordinance was signed into law on August 31st and twenty four hours later the bicycle advertisements that sullied the water wise garden in the front of the West Valley Municipal Building were hauled away.

Since the Great Recession Fire Station 73 in Reseda has been under staffed, and Councilmember Blumenfield has fought for years to bring back a full engine company to this busy station. Blumenfield recently announced that the City was awarded $15.4 million in federal grants from FEMA specifically to staff a fire station company in Reseda and three other communities. LAFD will also allocate $9.6 million over the next few years to help fund new firefighters.

“The city took major hits during the recession, but it is unacceptable to be without the fire fighters we need,” said Blumenfield. “I am very glad that Reseda and surrounding areas served by FS73 will once again have full engine companies responding to fires and emergencies.”

Seeking to restore the engine company, Blumenfield wrote a motion in August of last year to get the LAFD and City Administrative Officer to come together and figure out a way to make permanent full funding for FS73’s company.  Fire Chief Ralph Terrazas and UFLAC agreed that the City must prioritize the Reseda station to serve the West Valley and get to emergencies faster with complete resources. The grant was one of the options they agreed to pursue.

Blumenfield stated, “We will welcome these new firefighters by the end of the fiscal year in July 2018, and we will be a safer and more secure community because of them.” 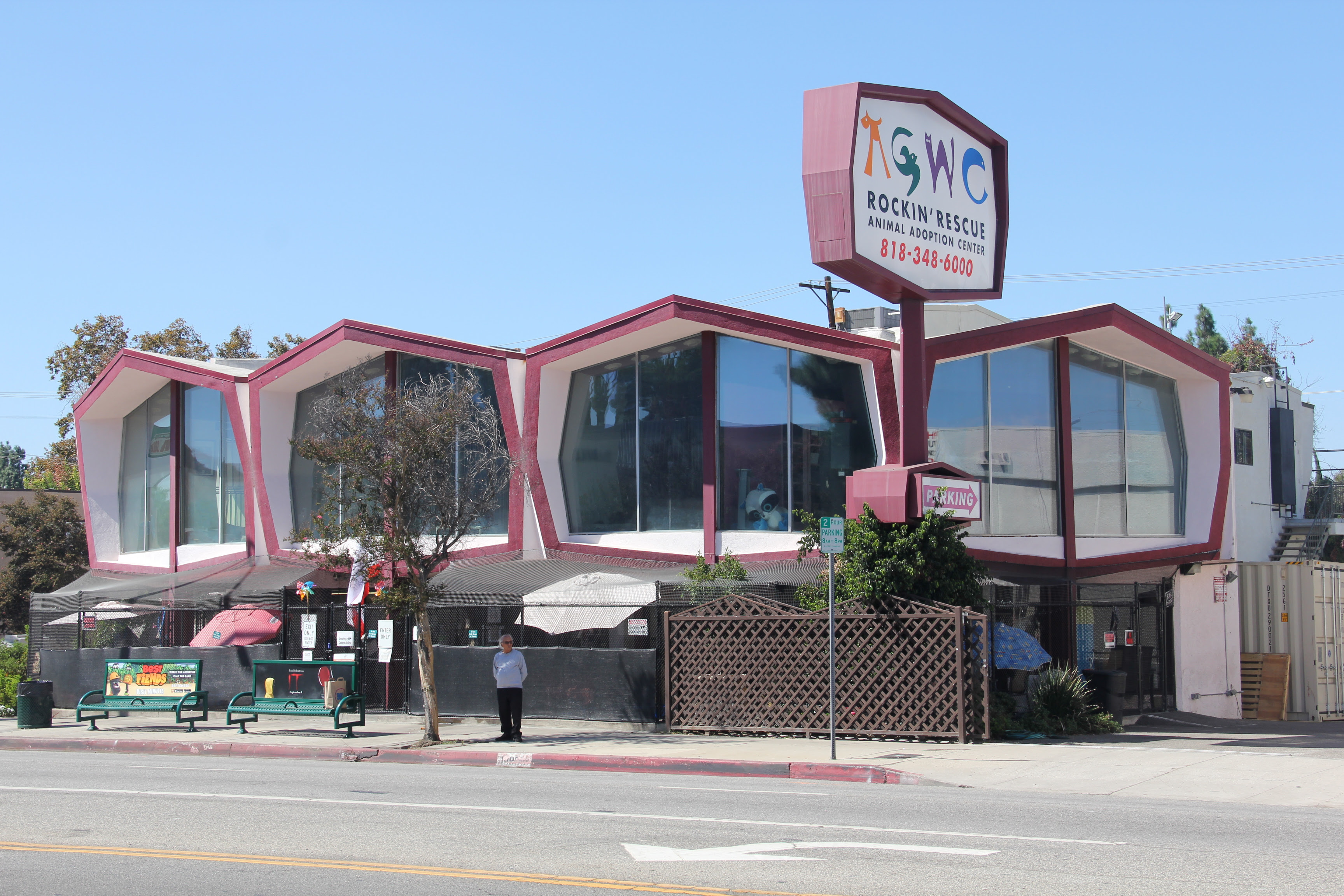 To improve the visibility of rescue animals and help increase the number of adoptions, on September 6th the City Council passed Blumenfield’s motion that directs the Department of City Planning and the City Attorney to draft an ordinance to allow animal rescue and adoption facilities in commercial zones. In 2012, the city banned stores from selling commercially bred animals in commercial zones, but allowed those stores to offer adoptable animals that came from licensed rescue shelters. However, because of a lawsuit, a superior judge prevented the city from making such a distinction and effectively forced shelters and rescues to operate only in industrial zones. This severely limited visibility to the public.

“We need to encourage people to go to shelters and adopt animals in need and one big way we can do that is by making sure that people can see and have easy access to those facilities,” said Blumenfield. “I understand that some people have concerns about sanitary issues, but this problem can be addressed through strict performance and safety standards.”

This motion was inspired by what happened to the Rockin’ Rescue adoption center on Ventura Boulevard in Woodland Hills. They had been operating without all of the necessary paperwork for several years, and a zoning administrator told them to close their doors. Neighbors and animal advocates came together to challenge the decision. Blumenfield weighed in heavily on behalf of the rescue and the South Valley Area Planning Commission responded by overturning the ruling, letting Rockin’ Rescue continue to find animals forever homes. But other rescue organizations hadn’t been so lucky and had been relegated to industrial zones.

Blumenfield said, “I want to make sure that no other animal shelter has to go through what Rockin’ Rescue went through. We need to be doing more to get animals off the streets, out of the shelters and into good homes and I know that this motion will help do just that.”

Apply to Get Speed Humps on Your Street

Beginning on Friday, September 22nd, the Los Angeles Department of Transportation (LADOT) will being accepting applications for new speed humps around the city. If you think your street or a street that you use would be safer and benefit from a speed hump, just go to https://docs.google.com/forms/d/1t6w1sNXraPlhHwVHcrYtxuw76epgvWzkPZph6R9SjlE/closedform to let LADOT know why. They accept a very limited number of applications, only 450 citywide due to budget constraints, so make sure your voice is heard. 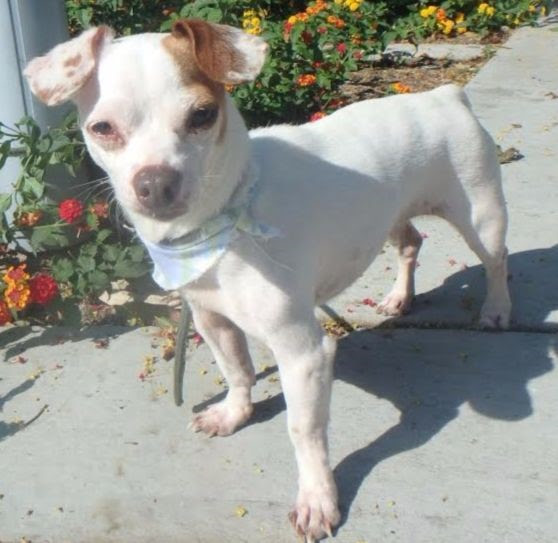 Lambchop is a cute and very gentle little 5-yr Chihuahua who is pure sweetness! Her new kennel mates are all her best friends, so if you have another sweet little dog, Lambchop will love to join your family and be their new sister. She is a tiny 8 lbs, and loves to be snuggled in your lap. She’s very active and loves to join you on adventures, walks - wherever you go Lambchop will love being there too!  This social little girl would love to meet your friends and they’ll love her too!! She is sweet and kind-hearted, with the most gentle, soft personality. 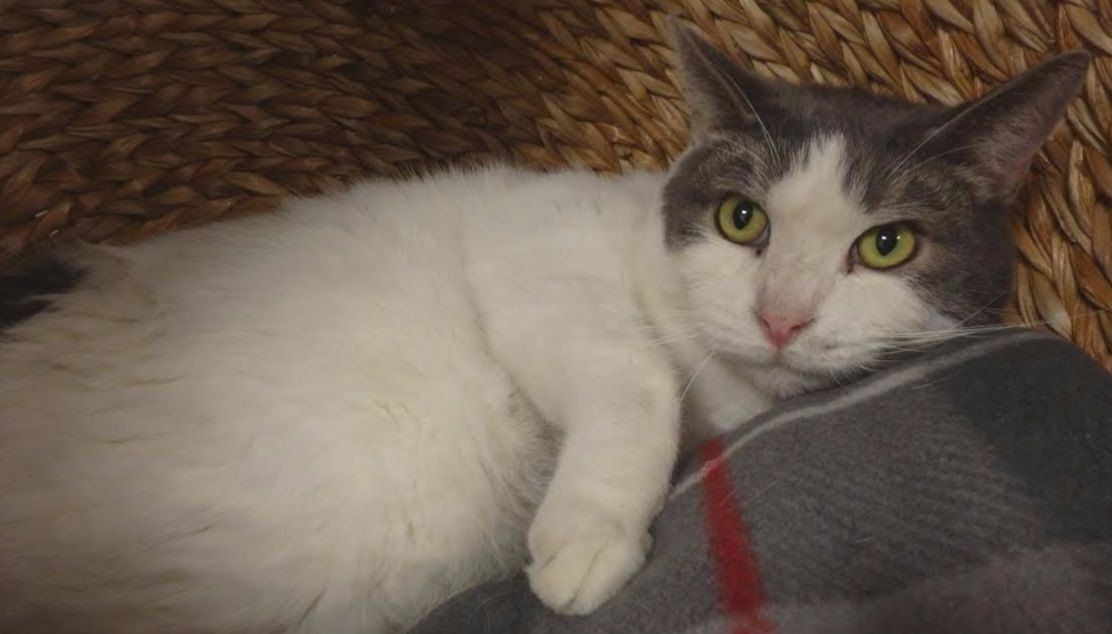 Rufus is a purely nice cat. He was living in his home, happily and lovingly – then one day his owner decided there was no time for this sweet loving boy. His gray tabby stripes mixed with pure white are a stunning combination!  He’s a little shy – we think he’s a bit confused at being uprooted from his home.  He’s 3, and very mellow.  He doesn’t mind if you pick him up, because he very much enjoys when you pet him. He’s a little bit overweight, so a proper diet and maybe some kitty exercise time with a feather toy would be beneficial for sweet Rufus.

Rufus needs a safe and loving home where his sweet personality can emerge and shine.  He would be an excellent companion for a fairly quiet lifestyle - perfect if you want a very friendly, gentle cuddle-buddy! 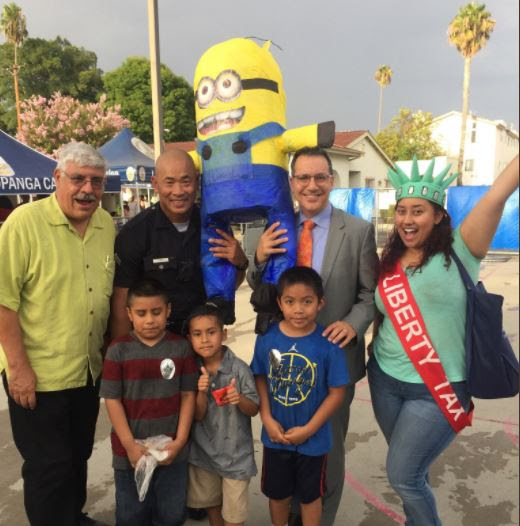 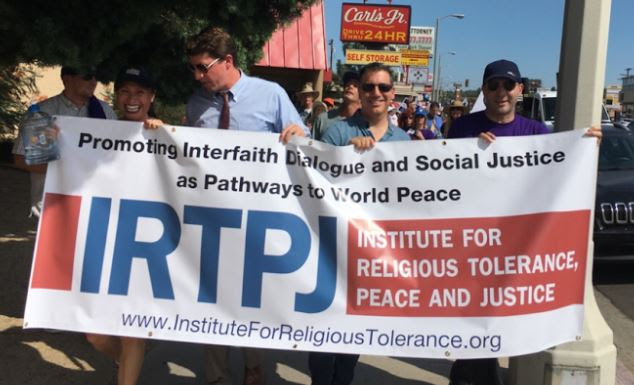 Blumenfield joined State Senator Henry Stern, other elected officials, and hundreds of residents for the Interfaith Solidarity March throughout the west San Fernando Valley. This event brought together people of all faiths to support tolerance, acceptance, and diversity.