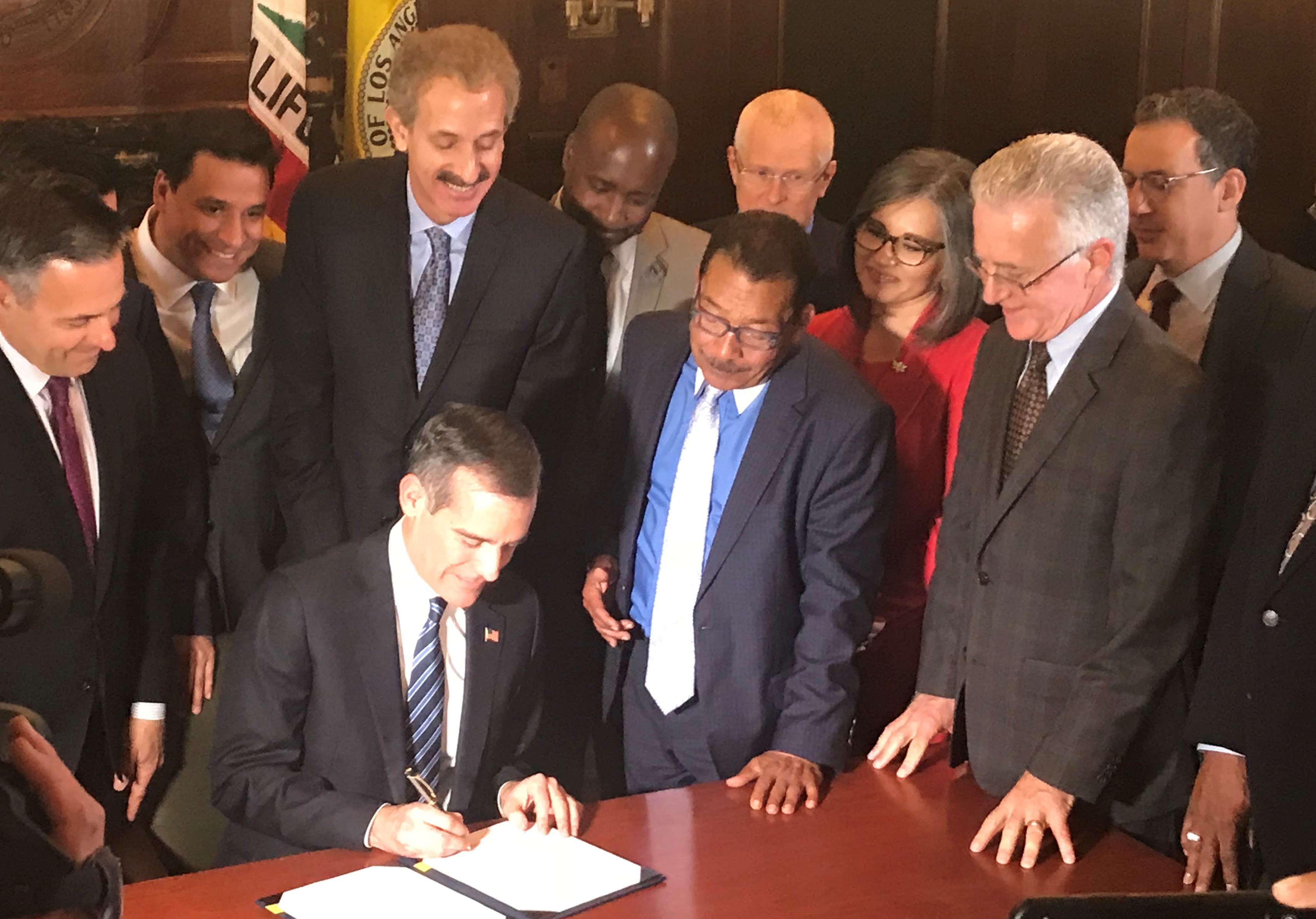 Councilmember Blumenfield joins his City Council colleagues and Mayor Garcetti as the Permanent Supportive Housing and Motel Conversion Ordinances are signed into law.

On April 11th, Councilmember Blumenfield and the City Council took major steps in addressing homelessness in Los Angeles by passing the Permanent Supportive Housing (PSH) and Motel Conversion Ordinances. Together, these two ordinances will reduce the building time and cost for new supportive housing as well as ensure that we have more access to transitional housing.

“We can’t alleviate homelessness until we have safe places for people to go,” said Blumenfield. “Though we still have much more work to do, our actions today help put us on an even better path to ending chronic homelessness.”

The PSH Ordinance streamlines the process so permanent supportive units can be built quicker. The Motel Conversion Ordinance makes it much easier for motels to convert their units into temporary transitional housing for homeless people and families. The complexity and scope of the homeless crisis require a full range of strategies and services. These two ideas were put forward in the Council’s Comprehensive Homeless Strategy, but it took more than a year to develop, flesh out and put into an actual legislative ordinance.  For more info go to www.WestValleyChange.com.

To prevent residents from being charged to park after the posted hours of operation, the Los Angeles City Council voted unanimously to support Councilmember Bob Blumenfield’s measure to change the default setting on parking meters. Currently, when someone uses a credit card at a parking meter in Los Angeles, it automatically defaults to charge for the maximum time limit. However, the City's policy has resulted in drivers unfairly being charged for more meter time than necessary at the end of meter operating hours.

“Parking in Los Angeles is hard enough without being overcharged at the meter,” said Blumenfield. “This change will have a modest impact on the City's overall parking revenue, and it is a small price to pay for becoming more business-, customer- and visitor-friendly.  We will no longer nickel and dime our customers and instead encourage them to spend their time and money locally.”

During most of the day, the default setting works for the convenience of users, as it prevents them from underpaying and risking a parking ticket, but this is not always the case. If a 2-hour meter runs until 8 pm, and a person parked at 7:30 pm, the meter would automatically charge for a full two hours, although the driver was required to pay for only 30 minutes. Blumenfield believed this policy was unfair to unsuspecting motorists and, by overcharging for parking, harmful to local businesses.

Blumenfield's motion specifically instructed the Los Angeles Department of Transportation (LADOT) to implement a policy of setting parking meters so that, at the end of the day, customers will be charged only for the time remaining within parking meters' posted hours of operation. The City has already begun changing the settings of parking meters, and the conversion is expected to be completed later this year. 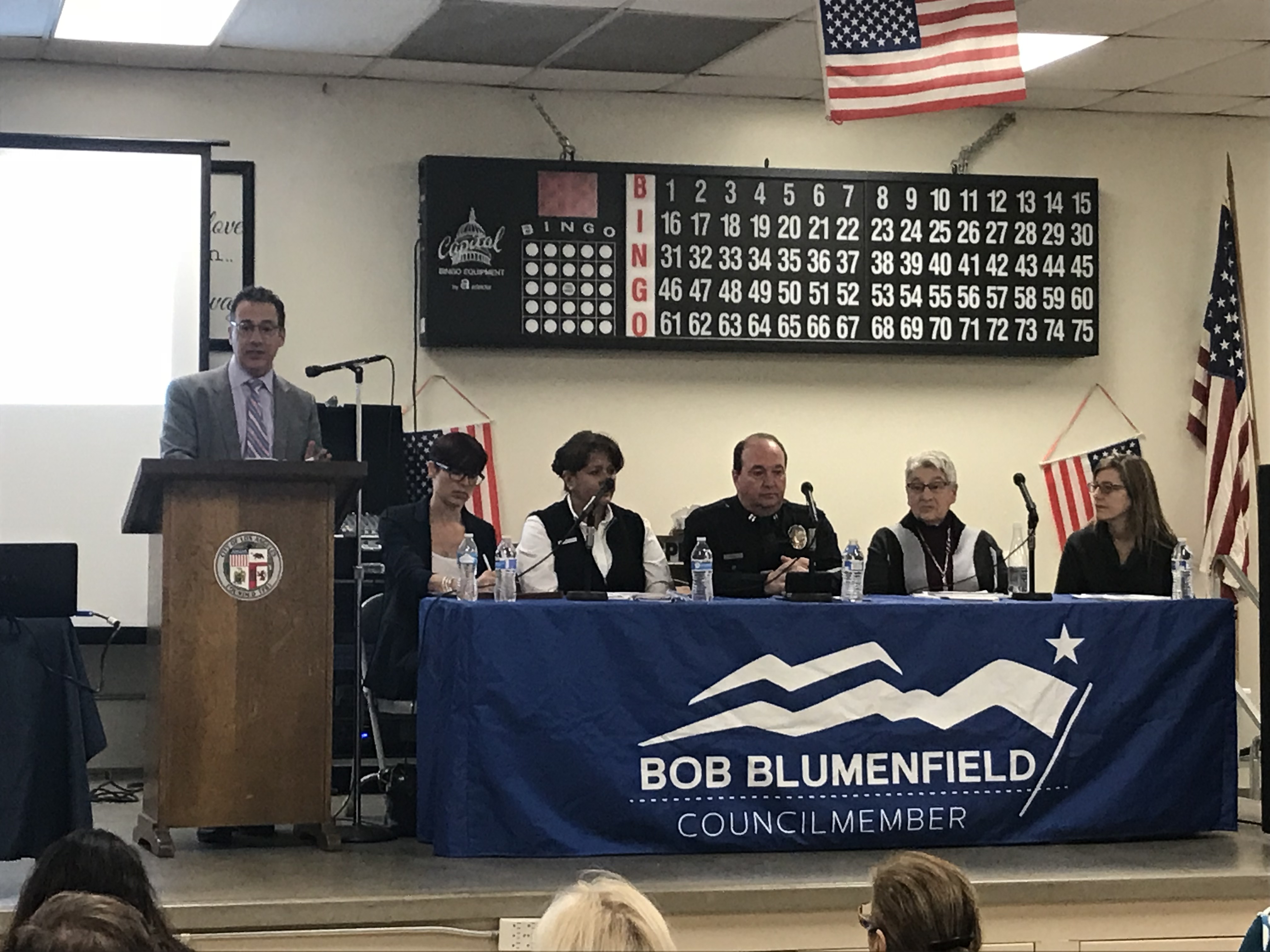 On March 1st, Councilmember Bob Blumenfield led a domestic violence forum focused on offering tools to prevent family violence and help friends or neighbors in potentially violent situations. This event brought together a wide range of domestic violence and public safety experts focused on practical information, tips on how to safely intervene, and how to best assist LAPD by being a better witness.

Blumenfield began the event with citing some staggering statistics on domestic violence nationally. “About 50% of female homicide victims are killed by an intimate partner. Up to 57% of all homeless women report that domestic violence was the immediate cause of their homelessness. 40% percent of all domestic violence victims become homeless at some point in their lives. These numbers reflect people who have been hurt and taken advantage of by those closest to them.”

Blumenfield concluded, “We can make a difference and it all starts here- by finding out about all of the services that are in our city- by learning how we can help law enforcement- and by learning the signs that someone close to you is in a dangerous situation.”

If you would like to watch the forum in its entirety, it can be found here on Blumenfield’s YouTube page.

Also if you, or someone you know is a victim of domestic violence, please learn about all of the local resources available. 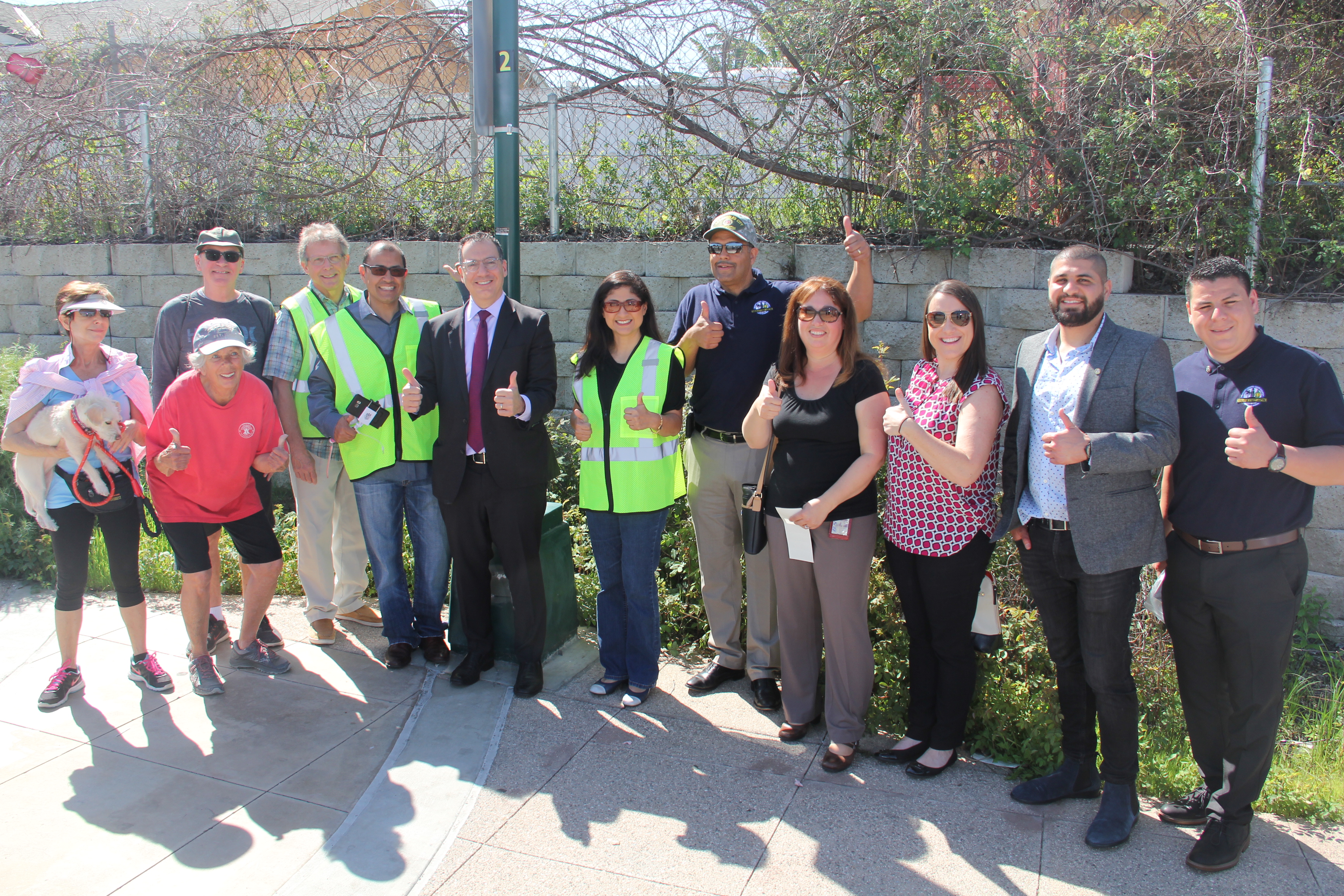 Councilmember Blumenfield was joined by the Reseda Neighborhood Watch and staff from the Department of Public Works to install new signage on lights along the LA River in the West Valley. For years when a light went out on the river or if an electric box was damaged with graffiti, it was hard to submit a service request to the city that was accurate and when reporting criminal activity, it was difficult to pinpoint the location. The idea of numbering the light posts along the river came from the neighborhood watch group and is one of the many solutions Blumenfield and the local group are working on together.

Now, throughout the LA River in the West Valley, each light post has a number and ID code on it. So if someone sees something that needs to be fixed or cleaned, all they need to do is go call 311 or go to the MyLA311 app on any smart device and describe the problem, the number on the nearest light post, and the closest major intersection.  The location of these numbered light posts has been entered into the City’s database. 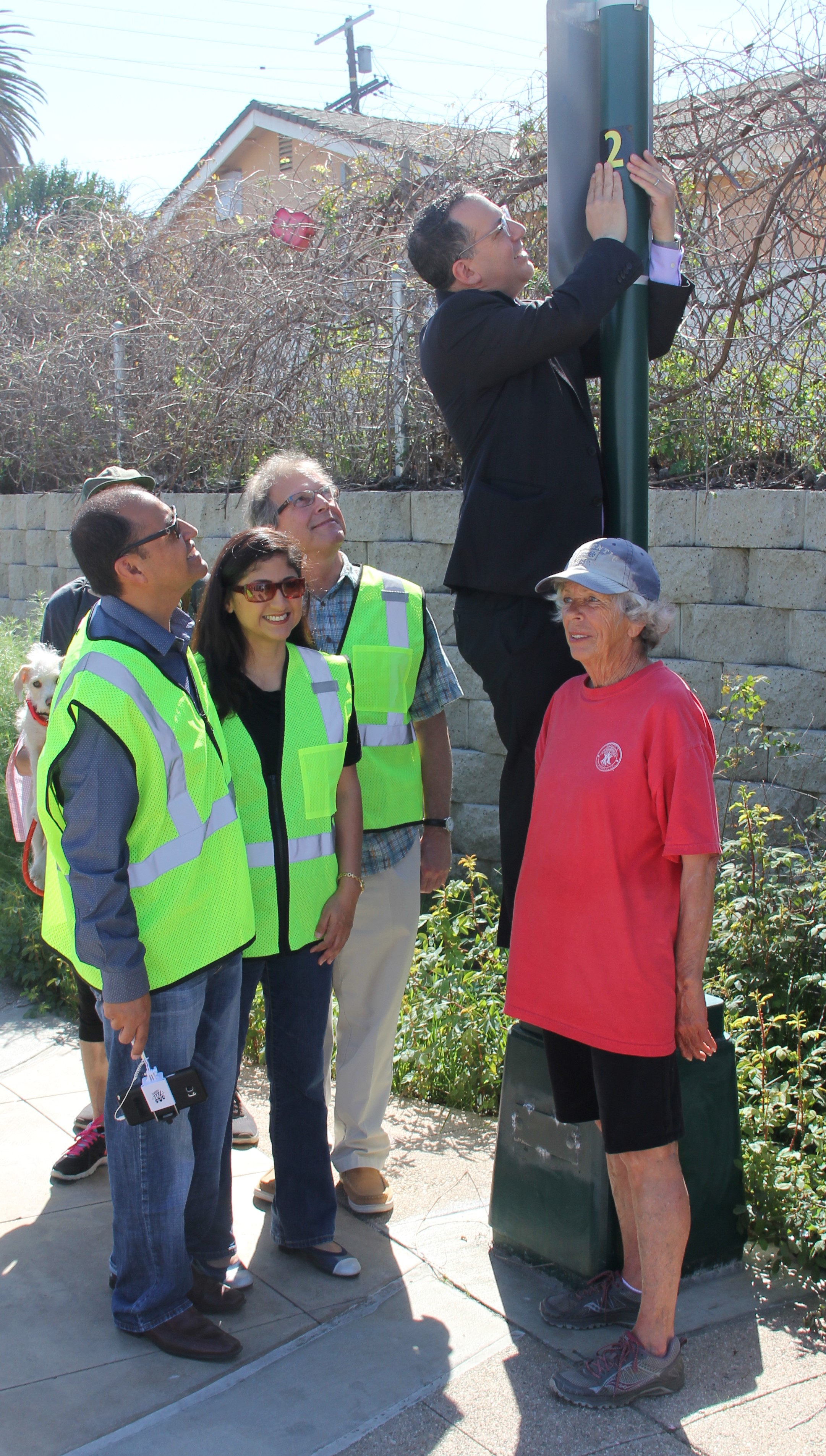 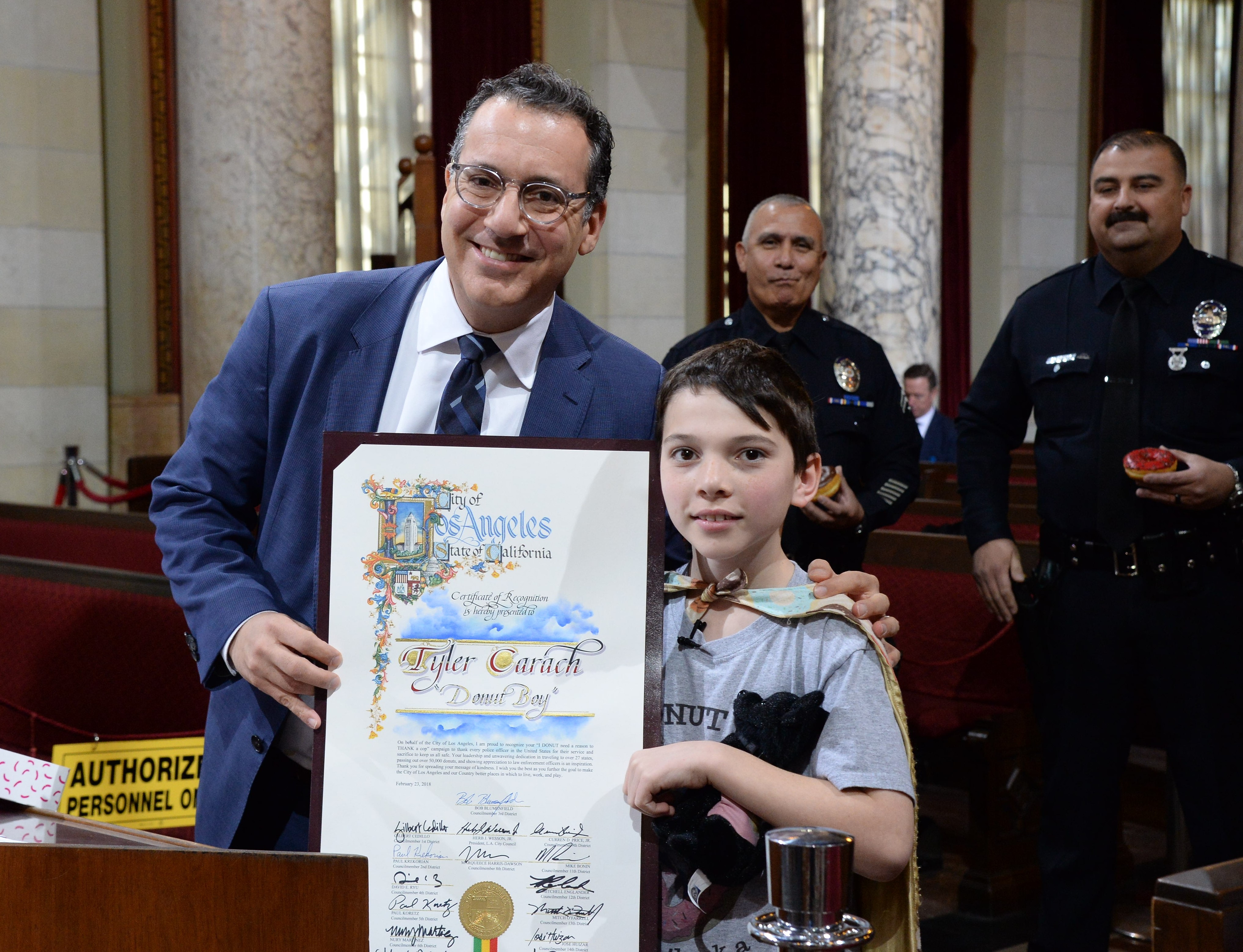 Councilmember Blumenfield was proud to honor 10 year old Tyler Carach aka “Donut Boy” in City Council. In 2016, Tyler set a goal of personally thanking every police officer in the US for their service by giving them a donut. Since then, he has traveled to 27 states and has handed out more than 50,000 donuts to law enforcement officers. Tyler already knows that when he grows up, he wants to be a K-9 officer so he can "be a cop and have a dog."

“Thanks Tyler, and your mom Sheena, for visiting Los Angeles and giving our LAPD Headquarters officers a tasty treat,” said Blumenfield. “Your kindness reminds us all to thank the dedicated, hard-working LAPD Officers who help patrol our streets and keep our city safe.” 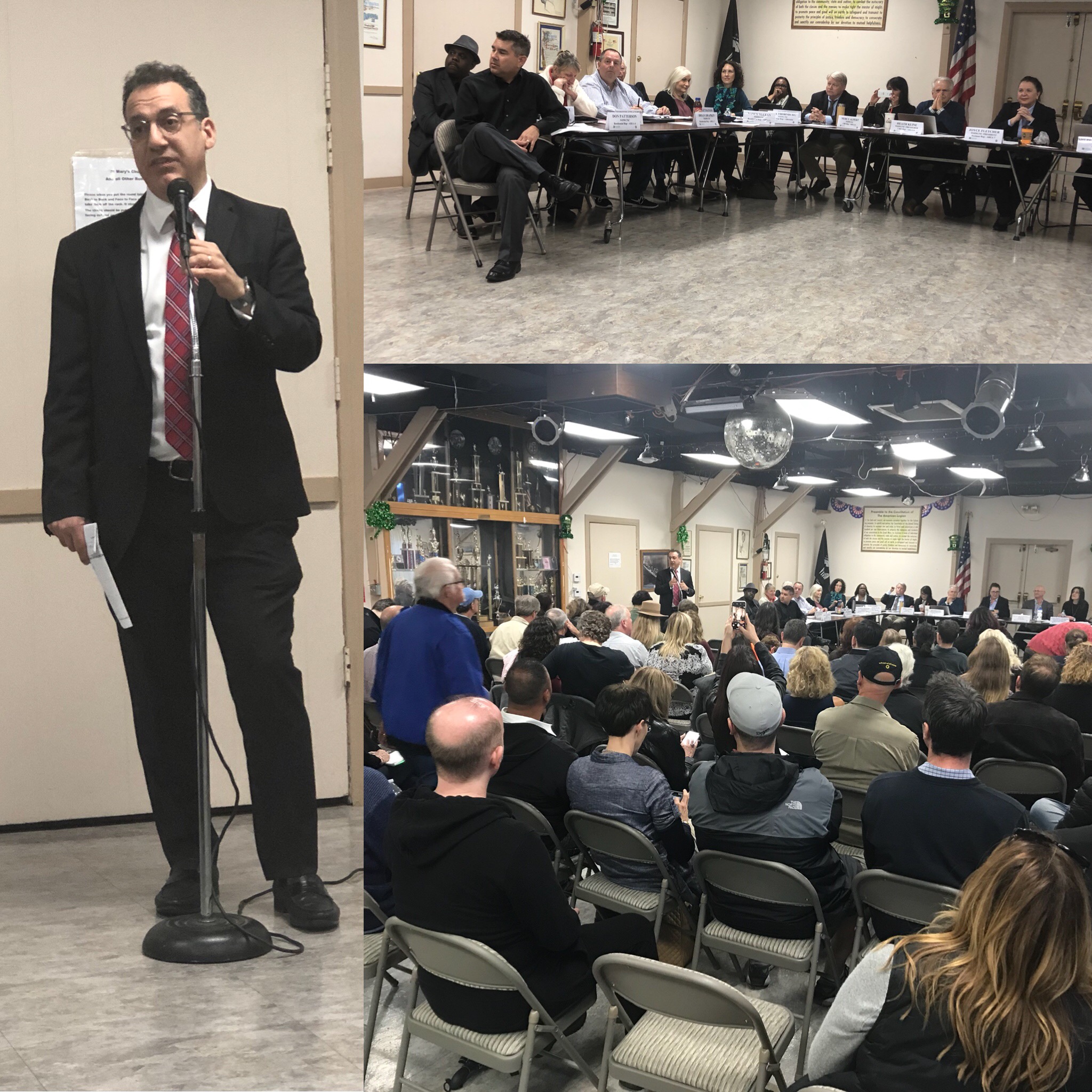 Over the past few weeks, Councilmember Blumenfield joined each of the five neighborhood councils in his district to offer an update on local issues, discuss his work at City Hall and the challenges facing the City Council and answer questions. From homelessness, to regulating cannabis, to establishing a legal framework for short term rentals, Blumenfield led lively discussions on how these issues could impact the West Valley and entire city. Many of these discussions lasted several hours.

On April 12th, Councilmember Blumenfield joined fellow Councilmember’s Paul Koretz and Mitchell Englander, Rabbi Rubin from Congregation Etz Chaim of Hancock Park, as well as City Attorney Mike Feuer to observe Yom Ha'shoah in City Council, commemorating the anniversary of the Warsaw Ghetto Uprising and the millions of people who were murdered in the Holocaust.

“While the memories of those we lost remind us of humanity’s terrifying capacity for evil, the survivors and their families are the living embodiment of humanity’s capacity for survival,” said Blumenfield. “We must speak up whenever anyone seeks to demonize and blame certain groups for the ills of society. We must remember that the holocaust did not happen overnight and we must never make the same mistakes that allowed this evil over a half century ago.” 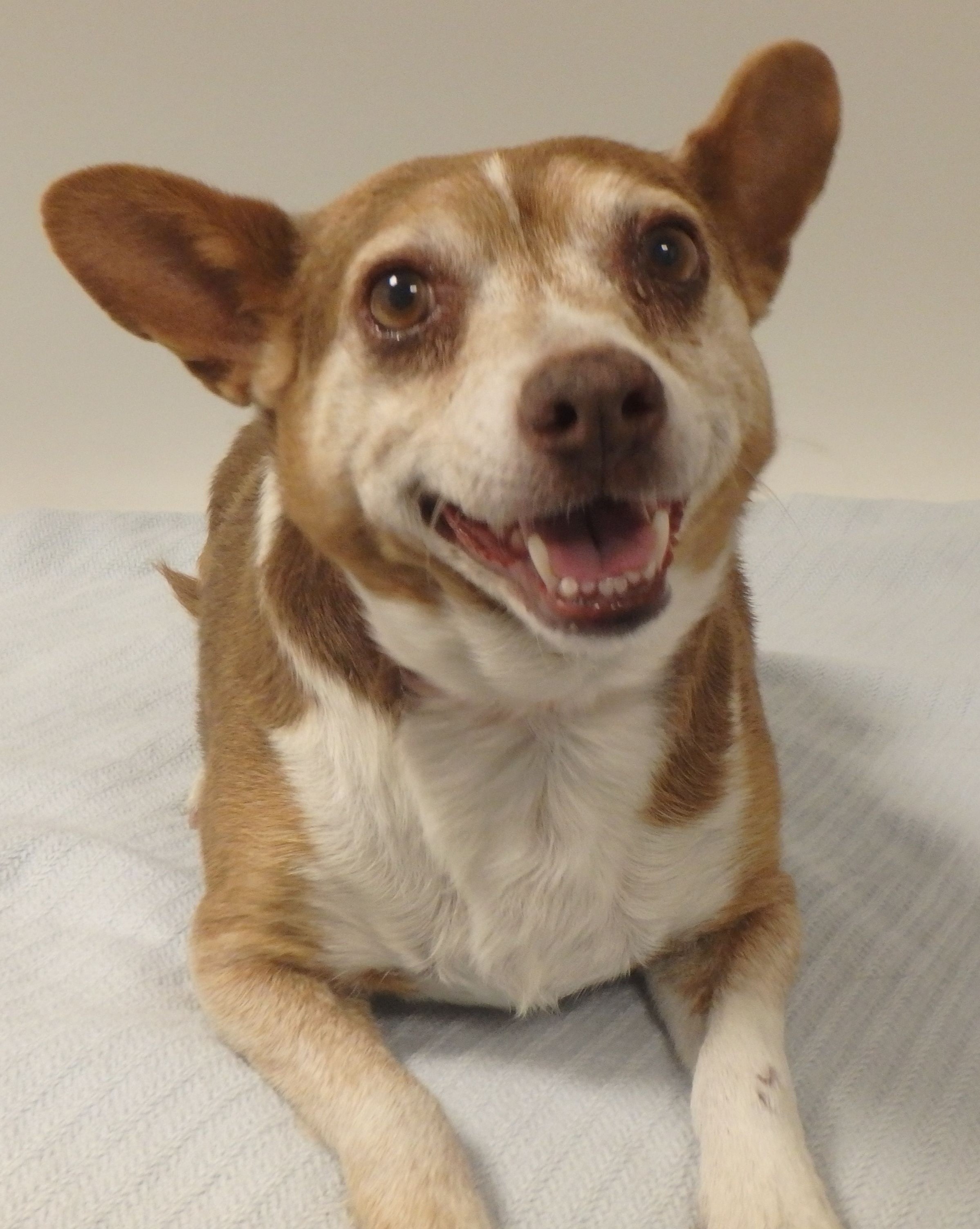 Tyson (# A1769852)- "Tyson" is an adorable 9- year Chihuahua mix. He is a super sweet little boy who enjoys going for walks – just show him the leash and he’s ready to go. He loves attention and affection and he gets along very well with other little dogs too – he is doing very well with his 2 kennel-mates - so Tyson is a great choice if you already have another dog, or if you do not.   Tyson needs a permanent, loving home.  Please come meet this incredibly cute and sweet guy today -- you can't help but love his extreme cuteness, happiness and fantastically friendly personality. 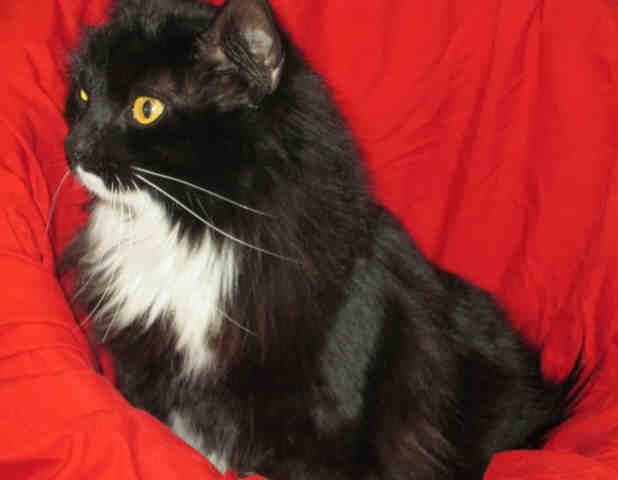 Miss B (ID# A1458335)- The "B" in Miss B's name must be for "best" or "beautiful" -- she is gorgeous with a fantastic personality. She happily and gently nudges you to show you where she loves your pets the best -- her ears, her chin -- any pets and love make Miss B a very happy girl.  She is perfect if you want a very affectionate cat who will love you and be an excellent companion forever.  She will love sitting with you, sharing lots and lots of love and affection. 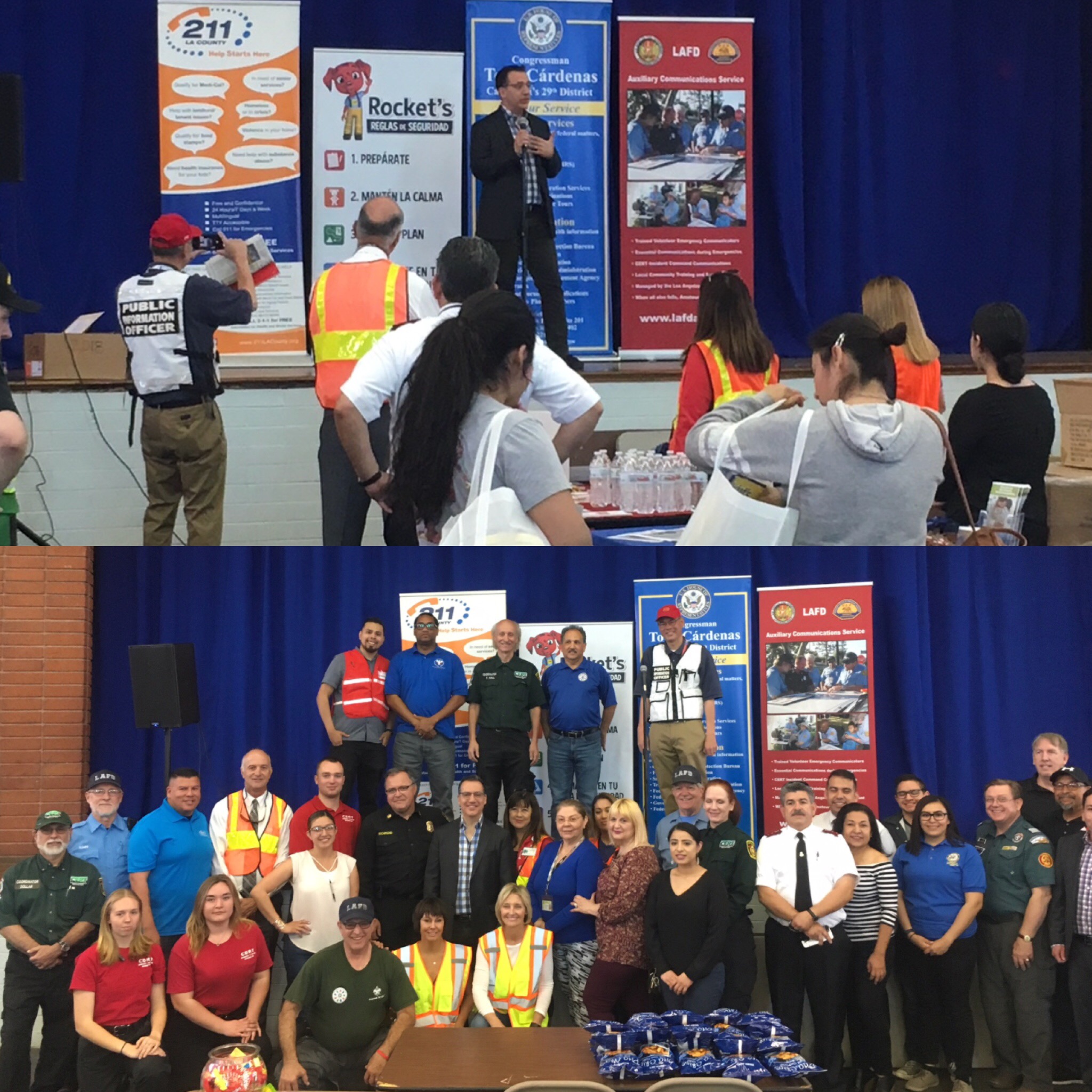 Councilmember Blumenfield has been a long time advocate for emergency preparedness and on April 14th he spent the morning at the second annual Emergency Preparedness Expo in the West Valley. Fires, floods and earthquakes can happen at any time with no warning but a little planning can make a big difference. If you would like to join Blumenfield's Community Action Team (BobCAT) on Emergency Preparedness please click here. 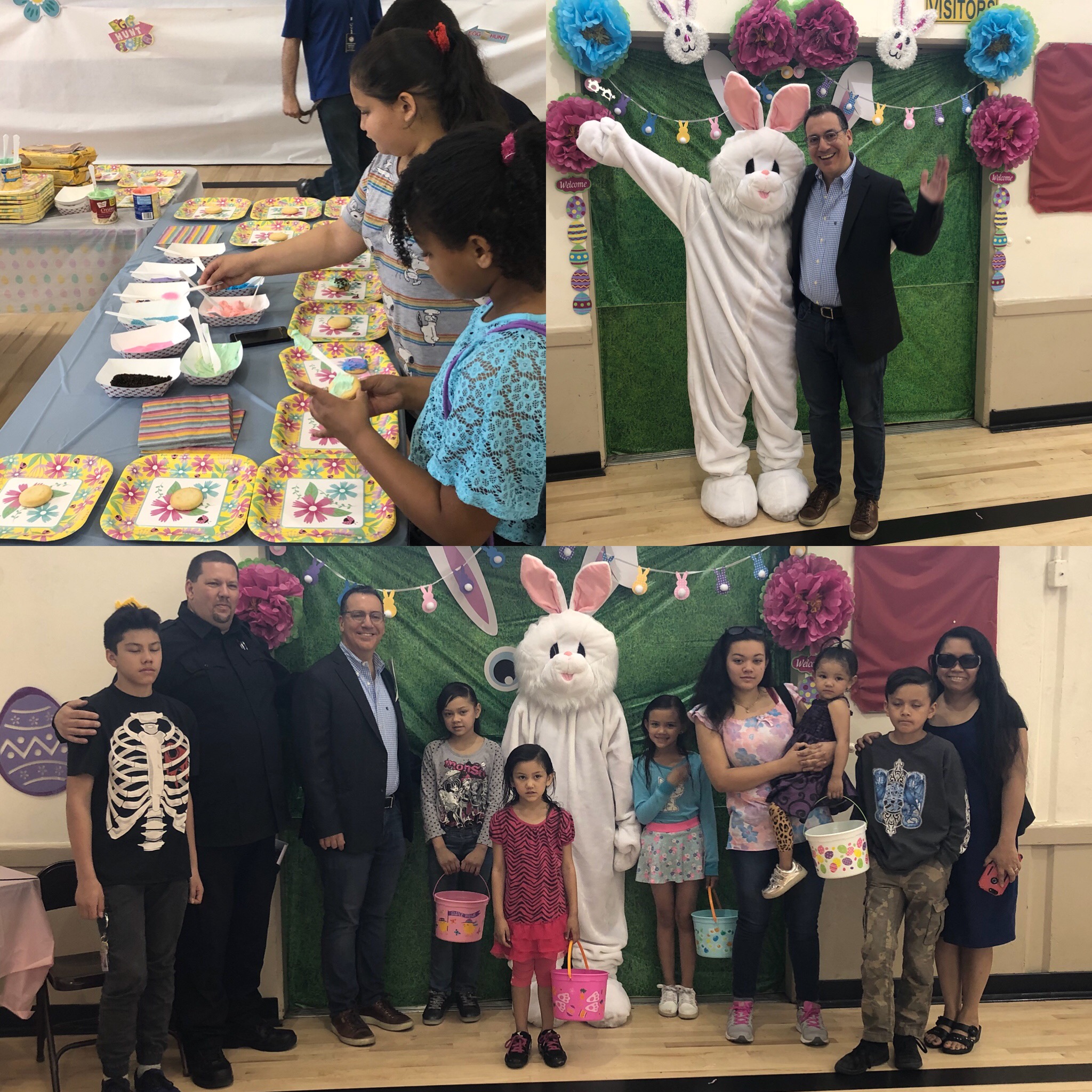 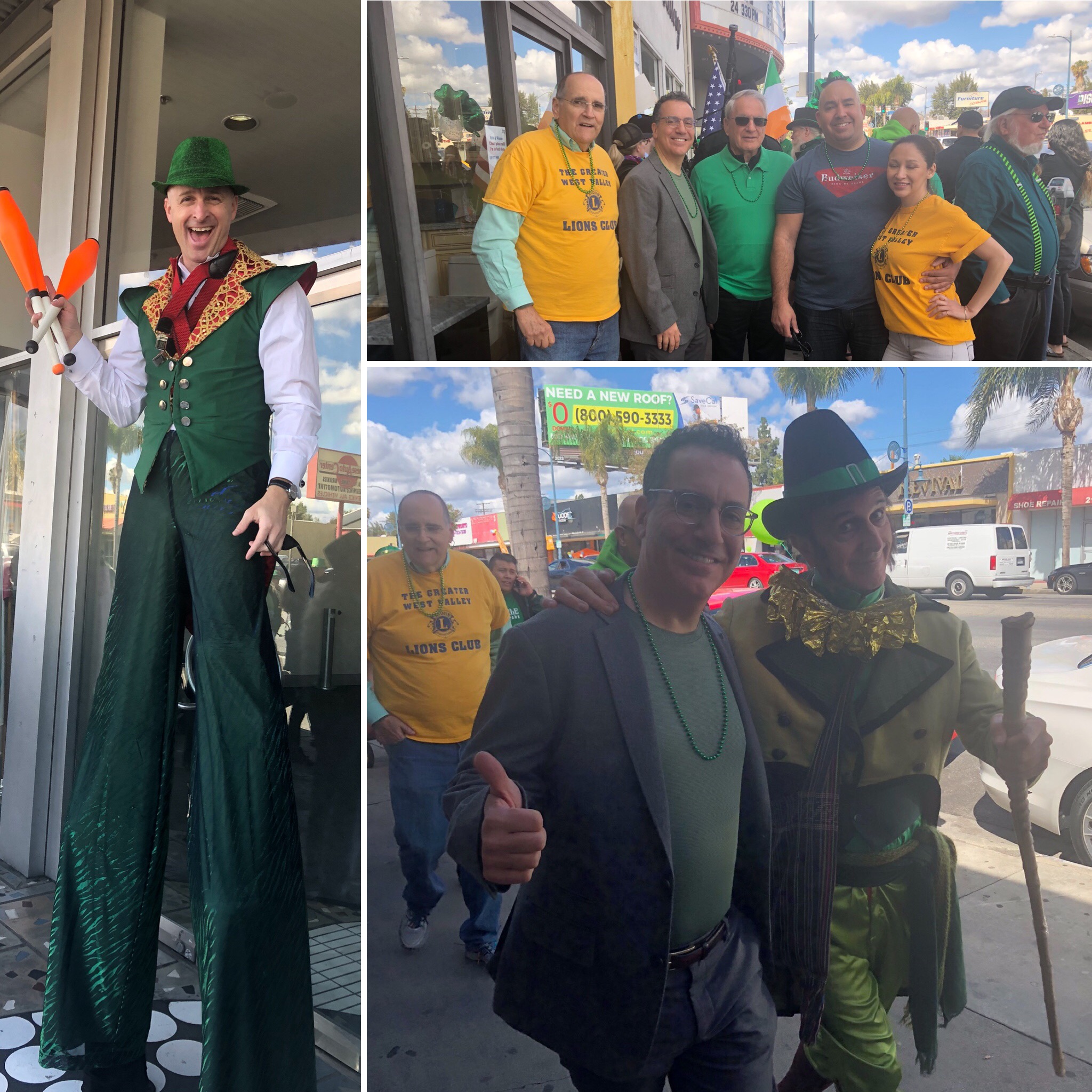 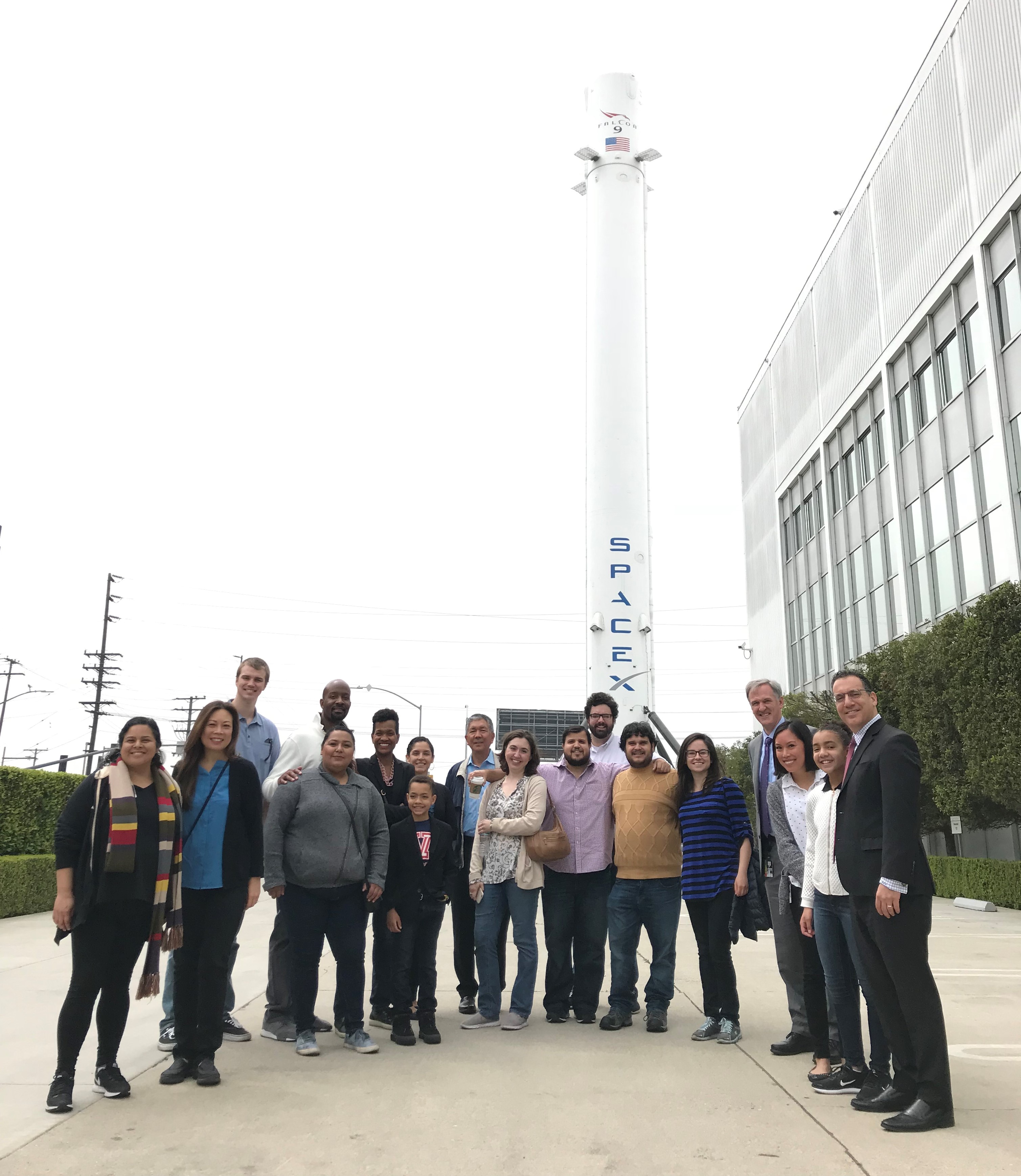 Team Blumenfield toured the Space X and the Boring Company campus to see how they are revolutionizing space travel and transportation in Southern California. 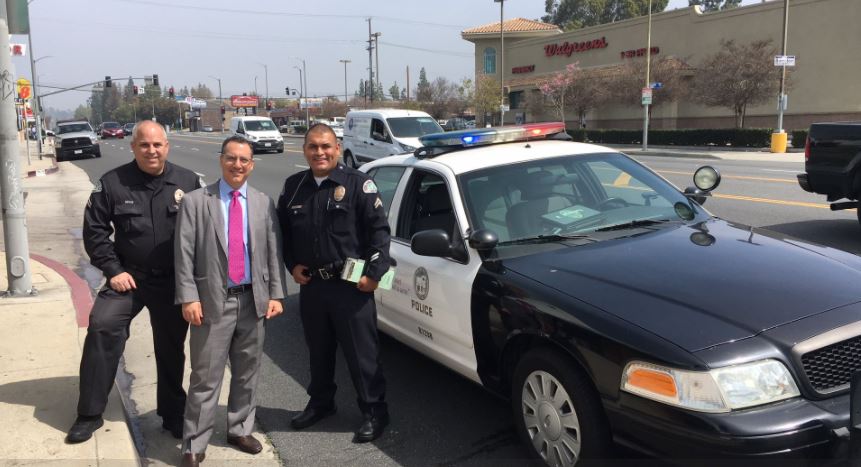 Blumenfield joined Officer Inman to ride along with the Road to Zero Task Force which focuses traffic enforcement & education on High Injury Network Corridors, including Saticoy Street in the West Valley.