On Wednesday, August 24, Governor Gavin Newsom formally announced $70M of funding for the next round of “Project Homekey” — the Statewide effort to convert hotels and other apartment buildings into housing for homeless people, or people at risk of homelessness. This new round of funding includes grants specifically for the conversion of the Extended Stay Hotel on Ventura Blvd. and a new apartment building on Vanowen in Canoga Park. Statewide, Project Homekey creates over 12,500 units of permanent housing, with 1,467 throughout 20 sites across our City using nearly $1.3B of state and local funding. This state program converting hotels into permanent housing is a big step in the effort to create more needed housing and I’d like to reiterate some of the details of how this came about and how it will impact our community.

These two sites were part of the City of LA’s Housing Department overall proposal for Project Homekey funding to purchase 9 buildings throughout the city to be converted into Affordable and Permanent Supportive Housing (PSH). The Woodland Hills Extended Stay Hotel is part of a wider deal with the hotel parent company to purchase four of their LA sites — including one just north of our community in Council District 12. But a key difference is that with the CD3 site, I was able to amend the proposal to ensure that it would serve seniors exclusively. This is critical and my support of converting a site so close to a high school and to the County’s proposed Homekey site at the 818 hotel was premised on this amendment.

Now that the Extended Stay is funded, soon a service provider will be chosen. I will make sure they do thorough outreach to our community and answer all our concerns. I will also attempt to set up a community advisory committee to work directly with the service provider as I have done with the cabin communities located in Tarzana and Reseda.

I understand that many may still have fears about the site, but I hope those fears can be allayed and replaced with pride. We are in a housing crisis and we all, including all five communities of the 3rd district, need to work together to forge housing options that will help combat homelessness.

You can find more information on this effort in my recent editorial from the Valley News Group and, as always, please reach out if you have any questions on this issue at [email protected].

Earlier this week in Council, Councilmember Blumenfield and his colleagues introduced a motion to create the framework for a coordinated, citywide approach to unarmed response. Establishing a citywide unarmed response program will also free up LAPD officers to focus on their core mission of handling crimes.

Blumenfield has been a strong supporter of unarmed crisis response teams. In January 2021, he authored legislation to support and streamline his vision of having unarmed, non-violent response teams fully integrated into the City’s emergency dispatch apparatus and in 2020 he co-authored legislation to establish a community-based public safety program to respond to calls on nonviolent matters involving mental health and homelessness.

City Resources at Your Fingertips

The City's 3-1-1 system helps connect Los Angeles residents to City services, and allows Angelenos to report problems to City departments. While you can still dial 3-1-1 and speak to a live person, you may find it easier to submit service requests on-line, or from you cellphone or mobile device through the City's MyLA311 app, available on the Google or Apple Play Store.

The fastest way to get your problem addressed is to report it yourself. The MyLA311 app makes it easy for you to make on-the-spot requests when you see graffiti, or a pothole, or a broken streetlight, and uses mapping software to pinpoint locations. Currently, the app focuses on services provided by the Departments of Public Works and Transportation on our streets and sidewalks.

The City is preparing to upgrade its 3-1-1 system. As a member of both the Public Works and Information Technology and General Services (ITGS) Committees, Councilmember Blumenfield will play a key role in shaping the new system. He would like to hear your thoughts about what features the 3-1-1 system should include, especially if you have used the website or app to report issues. 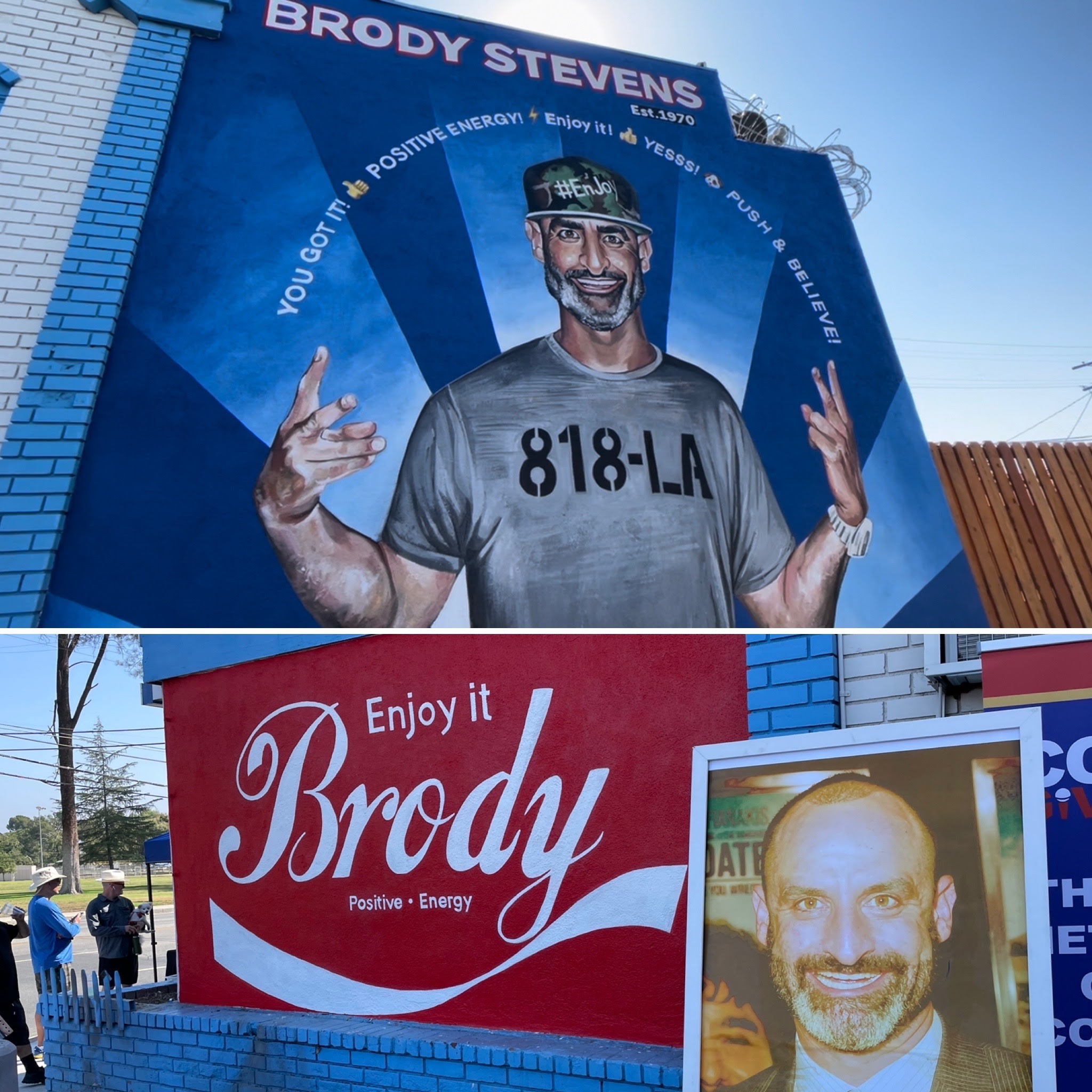 Councilmember Bob Blumenfield celebrated the memory of the late legendary comedian and West Valley native, Brody Stevens, with the unveiling of a new mural by artist Chris Rogers located on the side of local eatery, Firehouse Taverna, off of Victory Blvd and Reseda Blvd. Last year, Blumenfield joined Brody’s friends and family to declare August 18 (818), Brody Stevens’ Day and it was special to have many of those same folks back this year.

Brody was a unique standup comedian who was in many films and television shows from The Hangover to Late Night with Conan O’Brien. Beloved by his fans and fellow comedians, he performed all over the world but regardless of where he was would always share his love for Reseda, the Valley and Los Angeles. 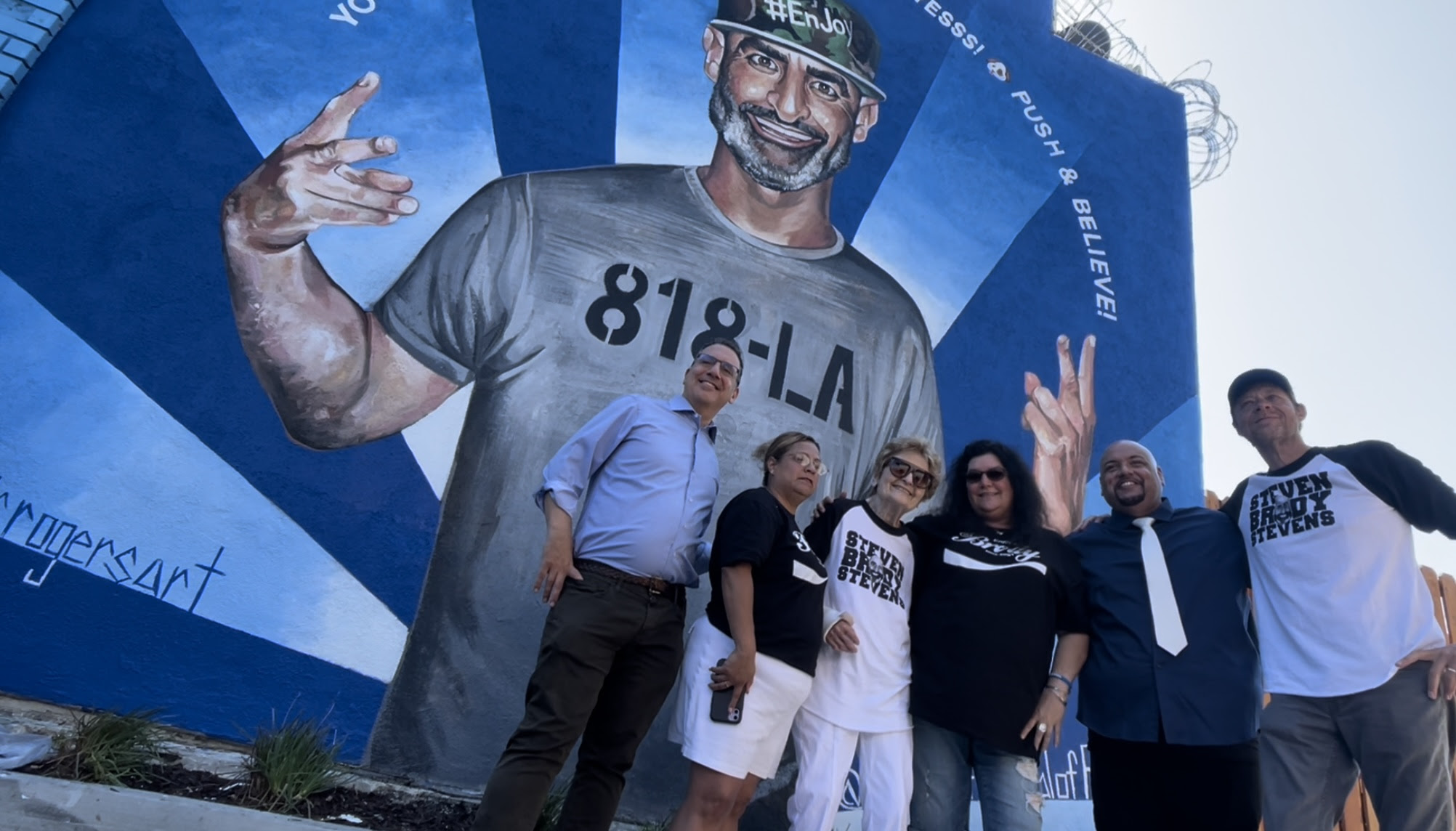 Special thanks to his sister Stephanie, friend and organizer Tommy Godlove and the many other friends who made this event possible. Watch a recap of the unveiling here.

Closing out Movies and Concerts at the Park 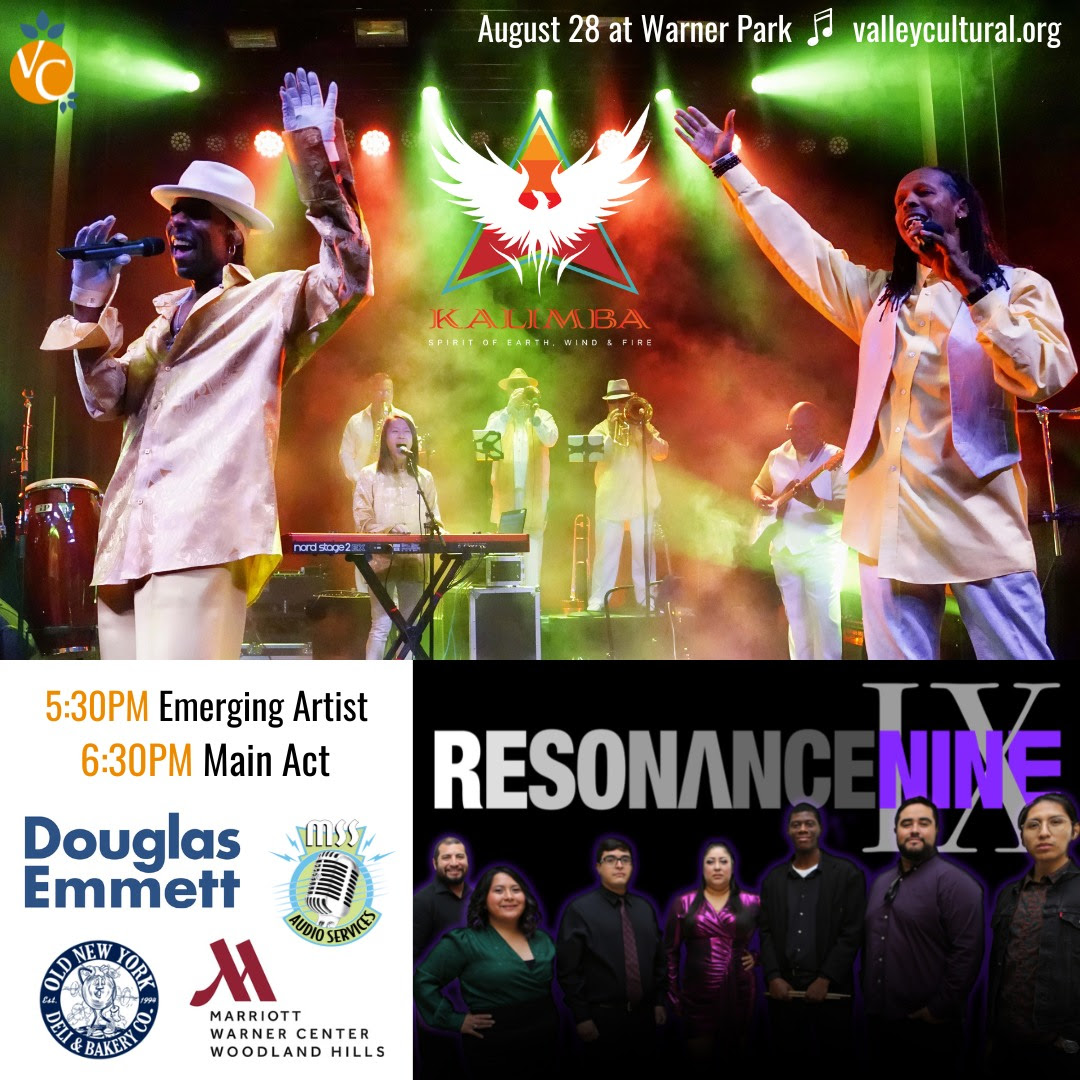 It’s the last weekend of Valley Cultural Foundation’s Movies and Concerts at Warner Ranch Park. Bring a picnic blanket or some chairs and enjoy a screening of Disney’s Jungle Cruise this Saturday, August 27 at 7:30pm and on Sunday, August 28 at 5:30pm don’t miss out on the tribute to Earth, Wind and Fire. Councilmember Blumenfield is proud sponsor of both Movies and Concerts at the Park and hopes to see you there. 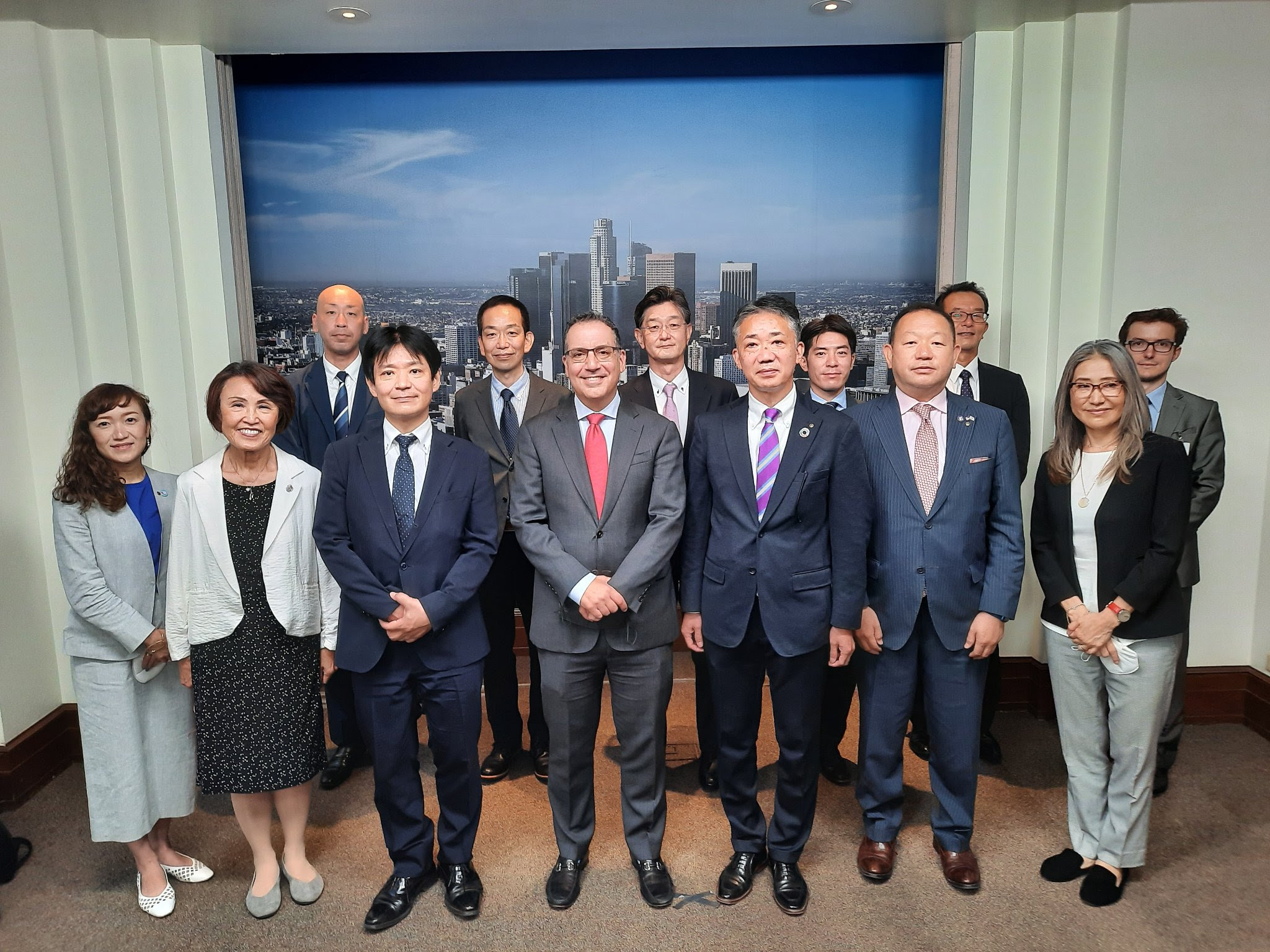 Councilmember Blumenfield welcomed a delegation from Los Angeles' Sister City of Nagoya, Japan lead by their Deputy Mayor. Blumenfield and has been working with Nagoya on art and cultural exchanges, policies to address school bullying, and ways to further enhance our cities' ties. Japan is also the number one source of foreign investment and jobs in the Los Angeles area. 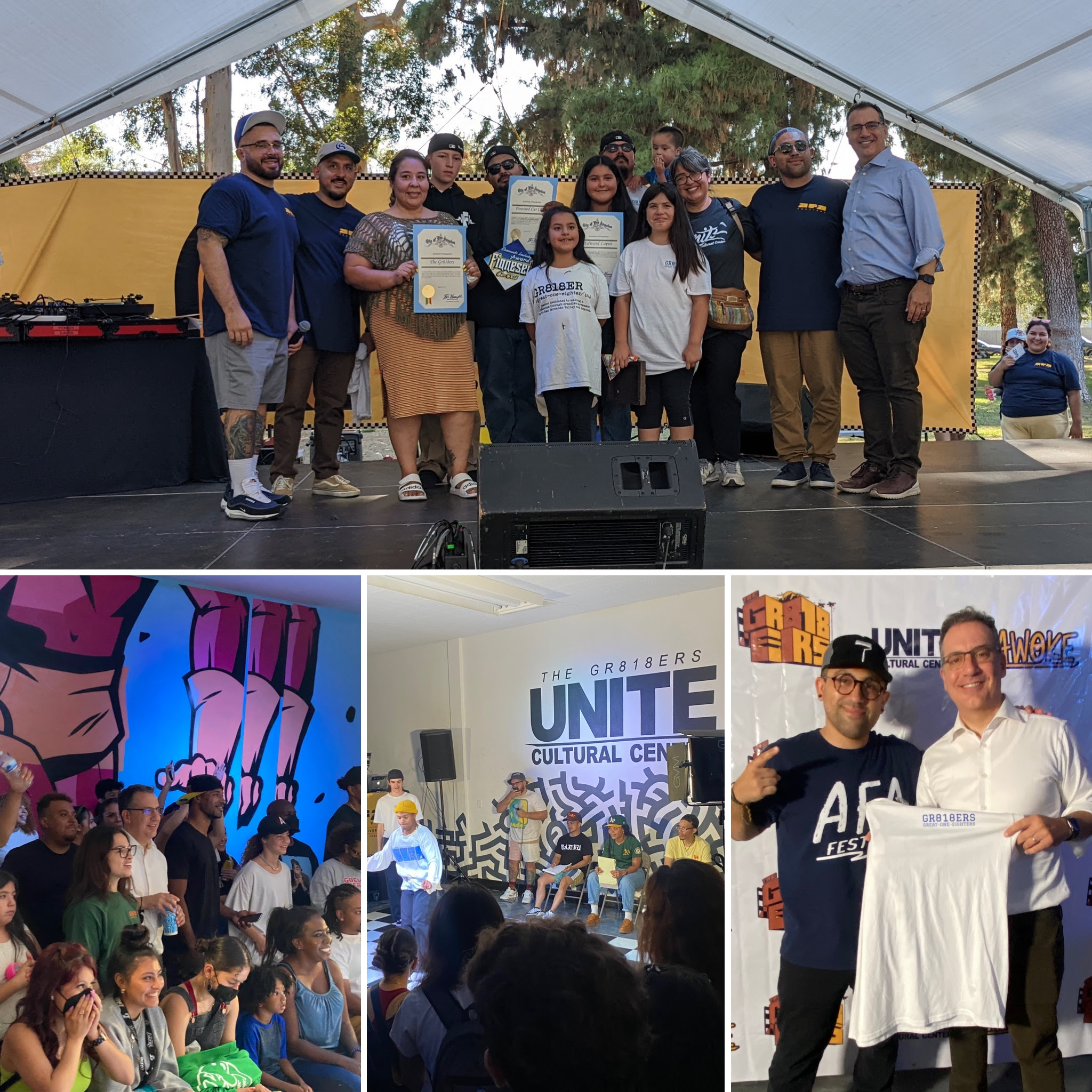 Councilmember Blumenfield joined The Gr818ers at the A Family Affair Festival where over the course of three days, folks enjoyed live performances, art, and local vendors. Blumenfield thanked all the sponsors and performers who put together a great community event. 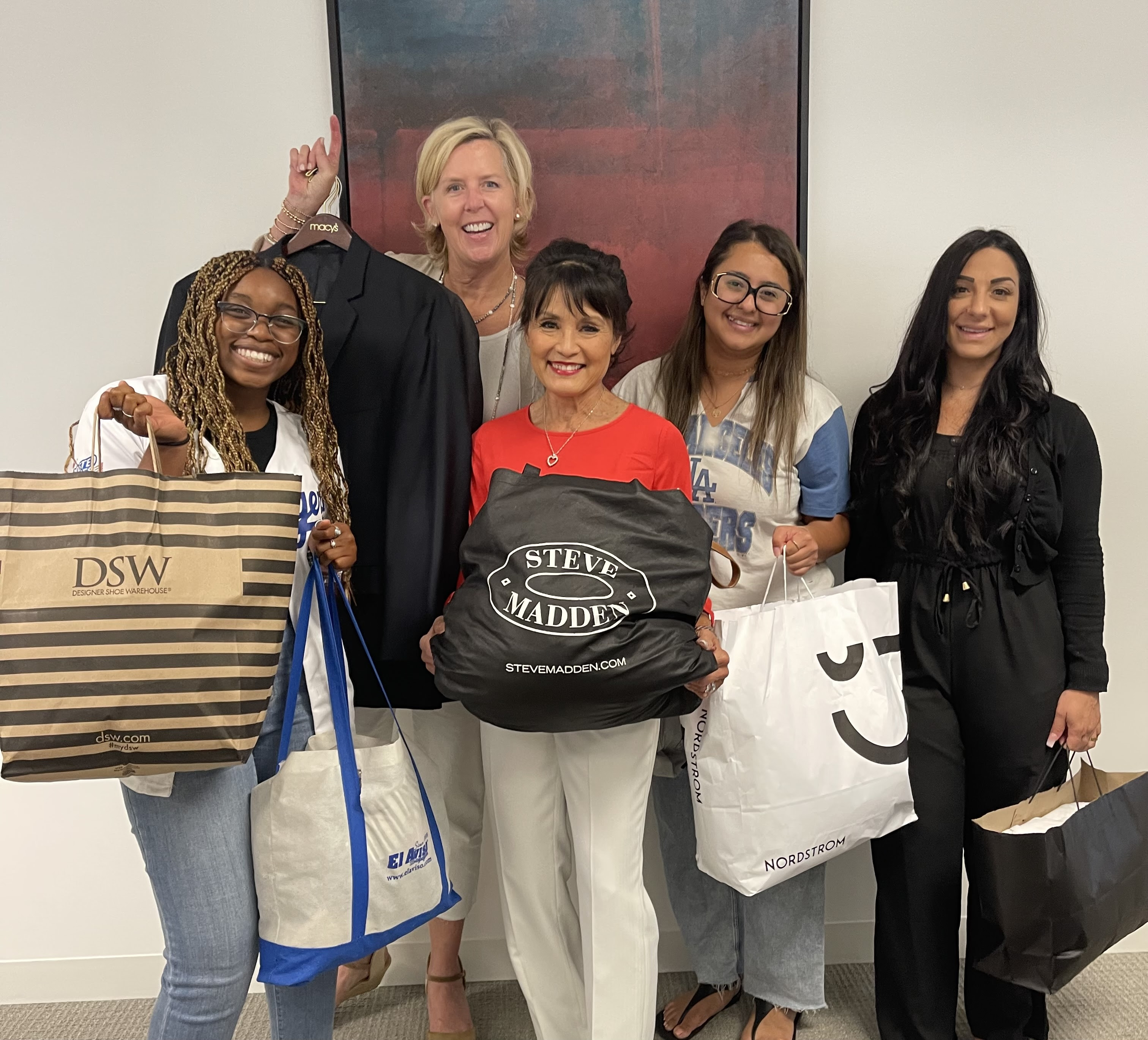 Team Blumenfield members, Mirna and Kekeli, collected professional clothing donated by the generous team at Dunmor Capital, Woodland Hills. Councilmember Blumenfield partnered with Pierce College and the West Valley Warner Center Chamber of Commerce for a Professional Clothing Drive to benefit the Brahma Career Closet. This is a new resource for students who need professional attire for interviews, career fairs, and job placements. 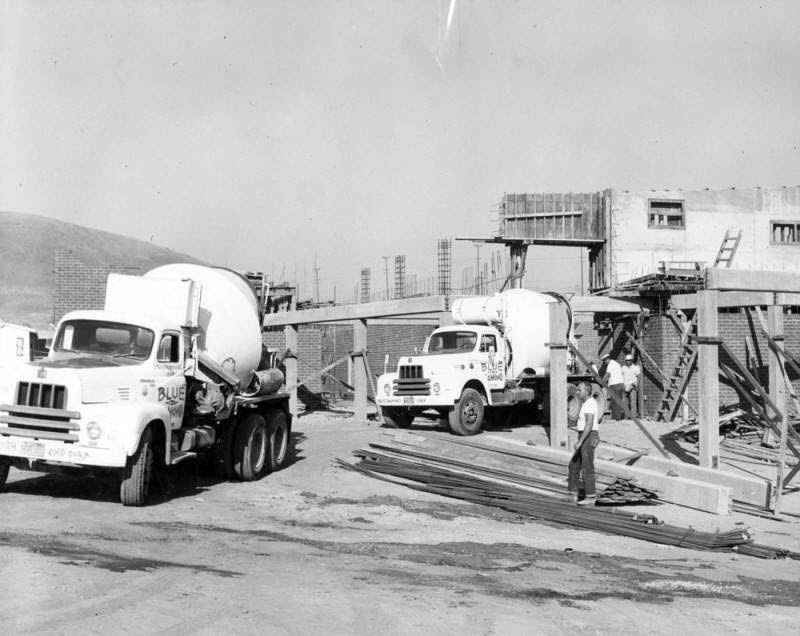 This week's photo from the Los Angeles Public Library's archives is from the Valley Times taken on November 11, 1959. Over 10,000 cubic yards of concrete was used to construct Taft High School at the corner of Winnetka and Ventura Blvd in Woodland Hills. The $4.5M (equivalent to $45.8M today) project accommodated 2,500 students.