Every year at this time, your City government adopts its budget and I would like to hear from you before that process begins. Earlier this week, the Mayor unveiled his proposed budget. Proposed funding for projects specifically in Council District Three include:

On April 26, the City Council’s Budget and Finance Committee (of which I am Vice Chair) will begin reviewing it with a fine-tooth comb, holding days of public hearings where we bring in the General Manager and budget chief of every City department to discuss their budget line-by-line.

Our budget is a statement of our values. As a steward of your tax dollars, I take these hearings very seriously to make sure our budget reflects the priorities of my constituents. The most important voice in this process is yours, so please take my annual Budget Survey and let me know your priorities.

While most of the budget funds citywide programs, this is also one of the most important times to fight for West Valley-specific projects. Through the annual budget process in prior years, I have secured funding for major upgrades to the Madrid Theatre in Canoga Park, improvements to Winnetka and Lanark Parks, new parks near the LA River in Winnetka and Tarzana, the Reseda ice rink, new traffic signals in Woodland Hills, and more.

As always, I will fight for more resources for the West Valley and for your priorities. Hearing from you is critical. Please click on this link and take a few minutes to fill out the survey. 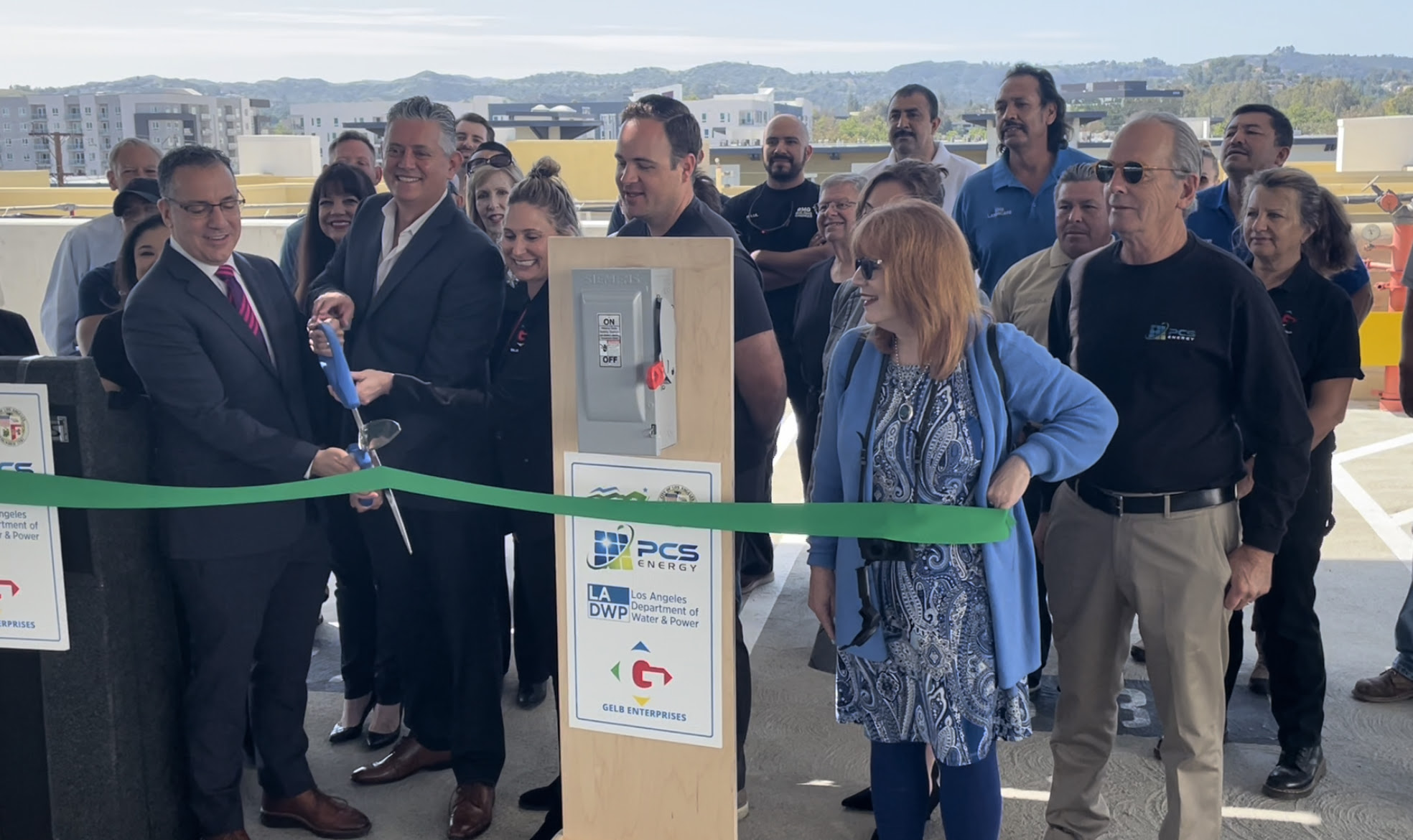 Taking another bold step to meet the City’s reduction on green-house gas emissions and fossil fuels, Councilmember Blumenfield hosted the activation of a large-scale solar project at Gelb Enterprises in Woodland Hills. Blumenfield has long been an advocate for more green energy investment in the West Valley and this installation, led by the Gelb Group and PCS Energy, is one of the largest in his district.

On September 1, 2021, the Los Angeles City Council voted to transition to 100 percent clean energy by 2035. This plan, known as LA100, helps demonstrate that the city's goal of reaching 100 percent renewable electricity is achievable 10 years earlier than originally planned. Located at the top of the Gelb Group’s parking garage at 6200 Canoga Ave, this project alone is equivalent to saving 59,158 gallons of gasoline consumed or 1,304,994 miles driven by a passenger vehicle, and enough to power 102 homes for electricity for a year.  It also saves the property owner money and provides shade for those parking on the roof level of the parking garage.

Opening the Latest Addition to the LA River Bike Path 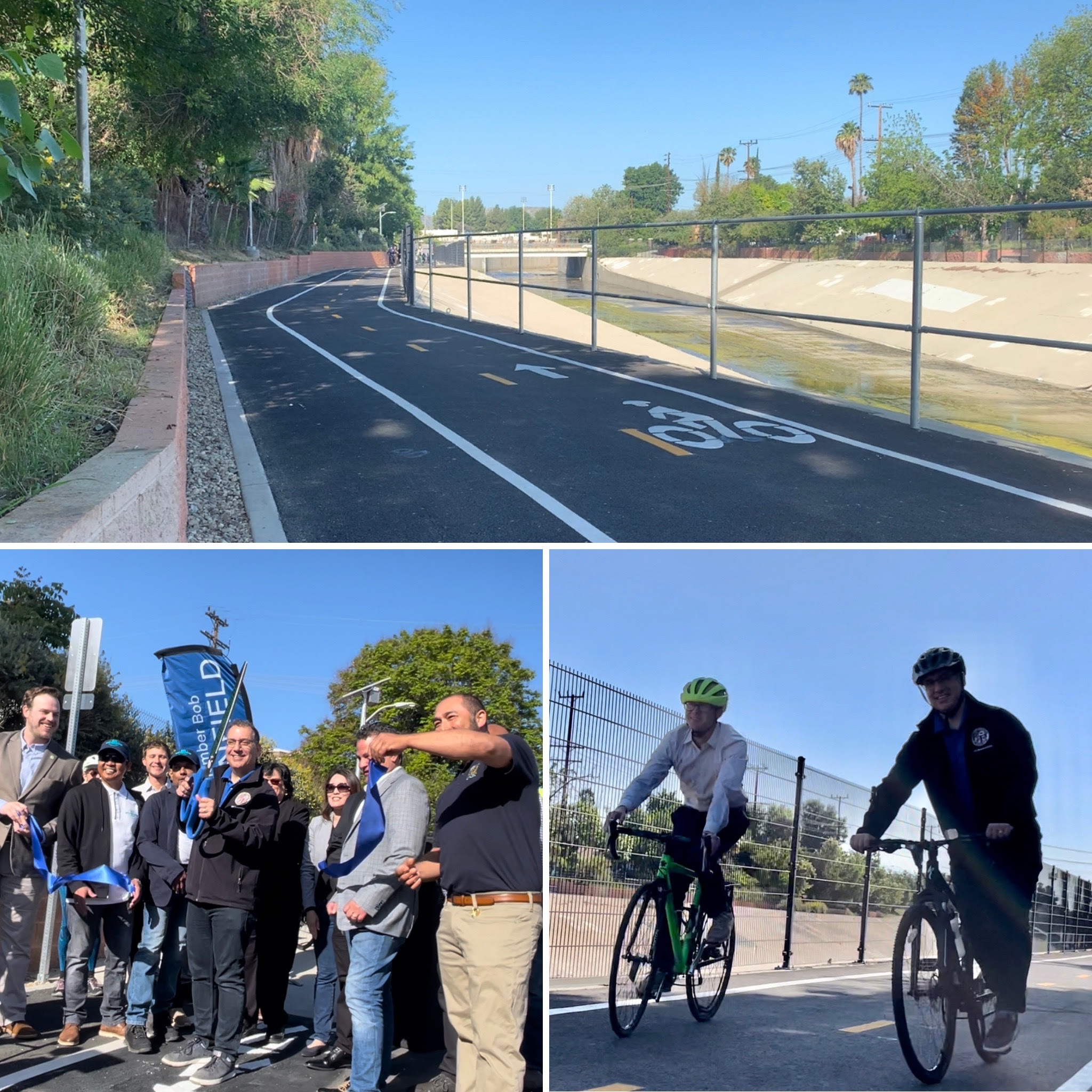 Continuing progress toward making the West Valley more bike-friendly, Councilmember Blumenfield welcomed bike advocates and city leaders to unveil the newest portion of the LA River Bike Path. Located at the headwaters of the River from Owensmouth Ave to Mason Ave, this 1.5 mile of new path will connect to established portions Blumenfield has helped create over the past few years.

While Blumenfield is leading the way on other multimodal projects like the Reseda Blvd. Street Improvement Project also aimed at making the West Valley a safer and more accessible destination for bicyclists and pedestrians, he has remained focused on doing his part to make the entire 51 miles length of the LA River a beautiful linear park, starting at the headwaters in Canoga Park.

This $6M stretch of the River Path was mostly funded through a California State Active Transportation Program grant and the next phase is planned from Vanalden to Balboa in the Sepulveda Basin. Next week, Council will vote on the Mitigated Negative Declaration (MND) for that phase, which will clear the way for city departments to proceed with bidding out that construction contract. When complete, there will be a continuous bike path along the River across the West Valley that will allow one to ride from the Headwaters at Owensmouth to Woodley Ave. without having to stop for a single traffic signal. 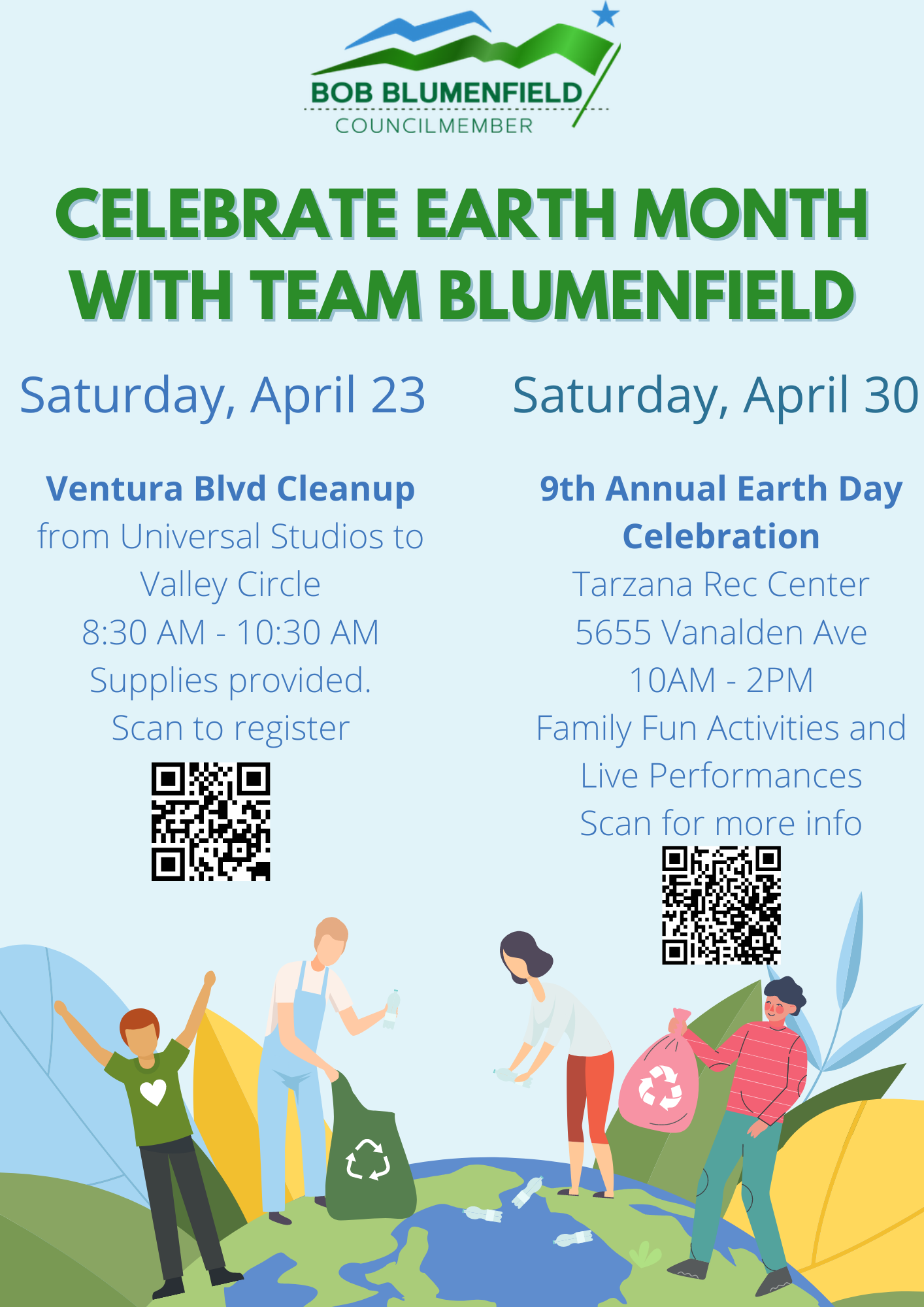 April is Earth Month and Blumenfield invites you to join him and Team Blumenfield as they help Clean Ventura Blvd from Universal Studios to Valley Circle on Saturday, April 23 from 8:30AM-10:30AM (their focus will be the Woodland Hills and Tarzana portion) and the 9th Annual Earth Day Celebration on Saturday, April 30 from 10AM-2PM at Tarzana Rec Center. Events are family friendly and all are welcome.

Greening the valley and combating climate change are a few of Blumenfield’s priorities. Climate change poses an existential threat and we must do our part to fight against it. Blumenfield has worked diligently to mitigate the effects of climate change in the community including piloting the world’s first cool pavement program, investing in more trees to increase our urban tree canopy, creating more pedestrian and bike friendly infrastructure to reduce our reliance on cars, and funding local organizations such as the LA Conservation Corps to increase cleanups and planting projects. There is an urgent need for the City of Los Angeles to address the threat of climate change and Blumenfield will continue to prioritize those efforts. 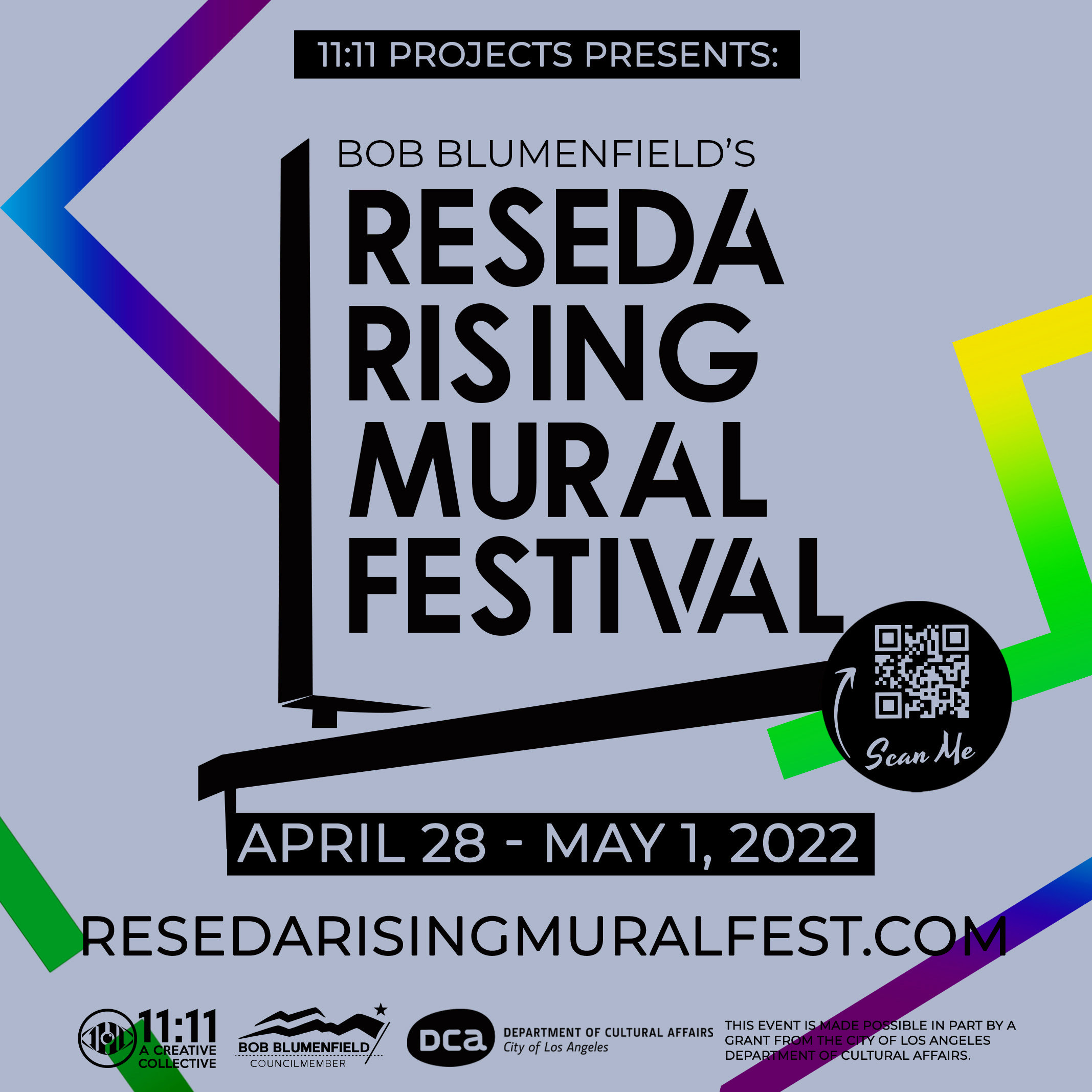 Save the date for Councilmember Blumenfield’s Reseda Rising Mural Festival on April 28-May 1, 2022 to celebrate the work of local artists and support local businesses. In partnership with 11:11 Projects/A Creative Collective, the Reseda Rising Mural Festival is the continuation of Blumenfield’s Reseda Rising annual ArtWalk. It is the COVID safe expression of the annual ArtWalk. This event has been two years in the planning as the City pivoted in response to COVID-19 conditions. It will ultimately involve the creation of a dozen new murals that will beautify Reseda and serve as a lasting monument to its vibrant culture and artistic spirit.

One mural has already been completed, multiple murals will be painted during the festival, and additional ones will be completed later in the year. Stop by the various locations on April 30th and May 1st from 9AM-5PM to see the artists at work. 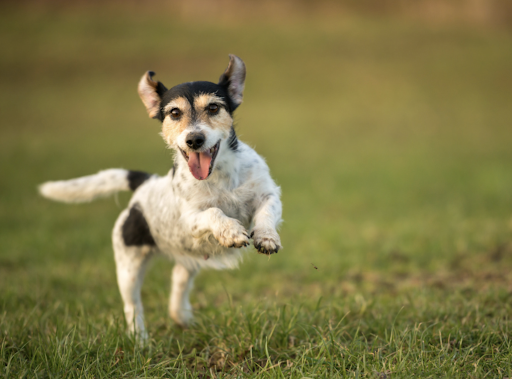 LA Animal Services is offering free microchips for pets while supplies last. Each microchip has a unique number that is registered within a nationwide database that can be scanned at animal centers and vet clinics and be used to reunite you with your furry friend if they are lost. If your pet is not microchipped, schedule an appointment at 888-452-7381, or book an appointment online by clicking here. 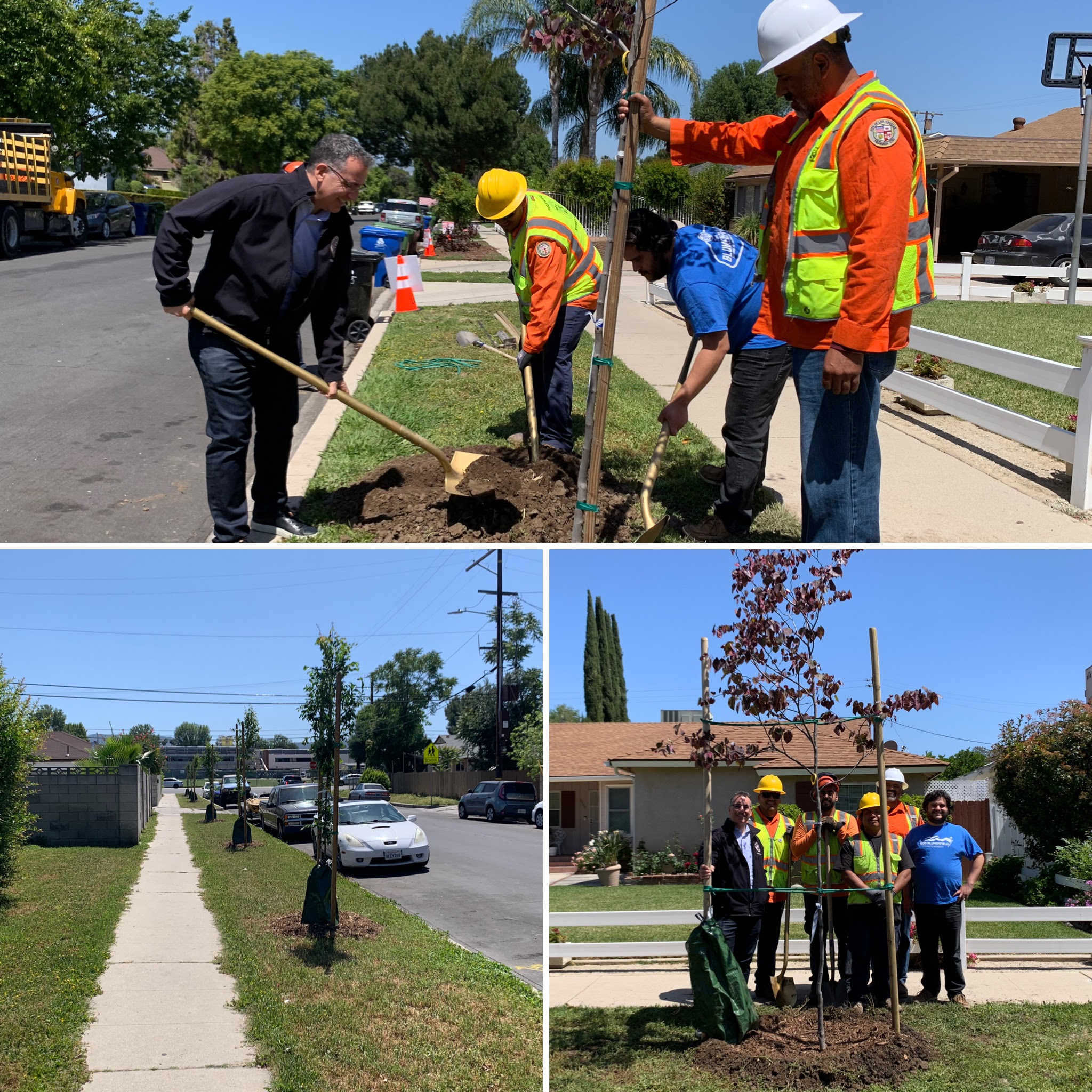 In celebration of Earth Month, Blumenfield joined StreetsLA's Urban Forestry Division in planting several trees on Amigo in Reseda. Blumenfield continues to expand our tree canopy and ensure a green future for the next generations. 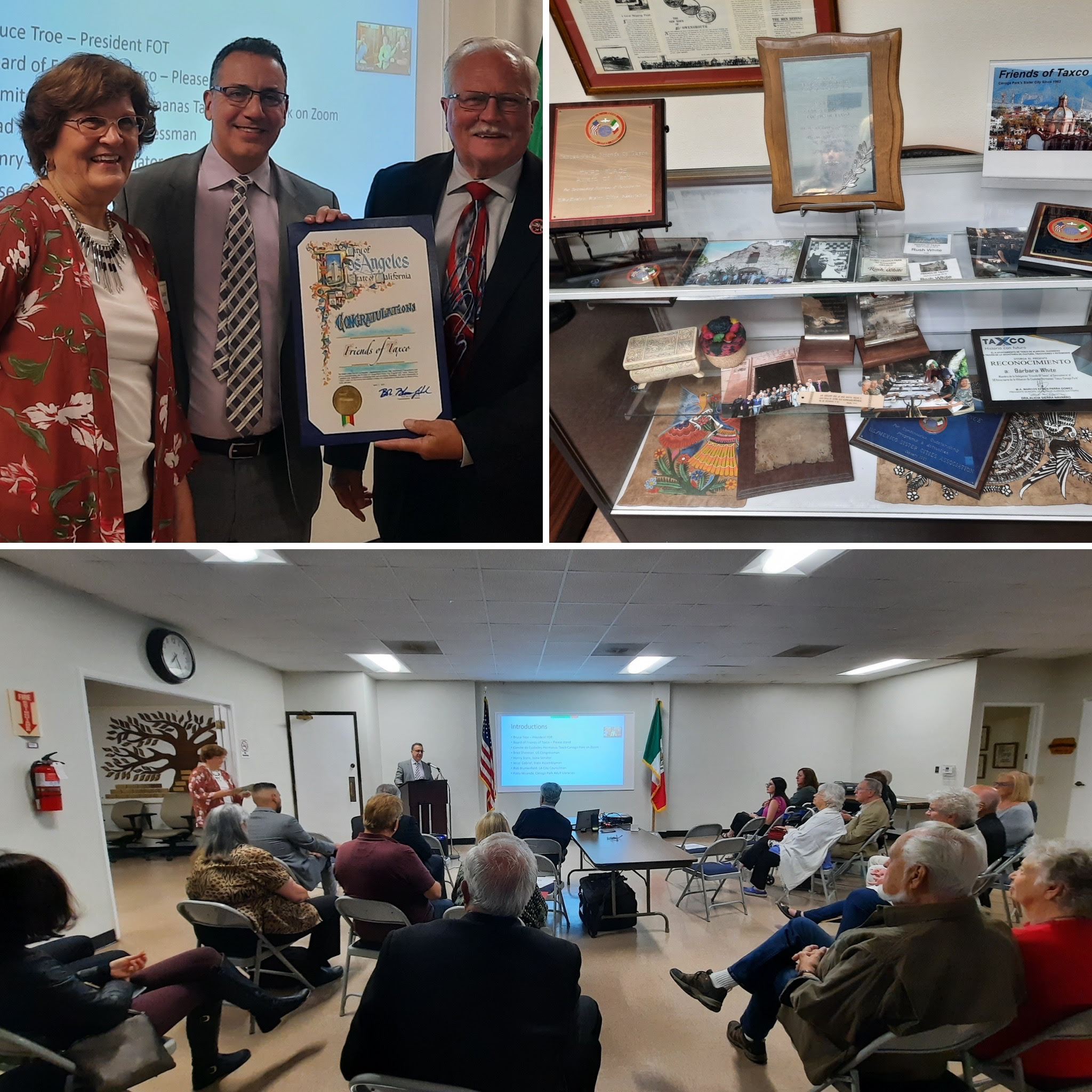 Blumenfield joined the Canoga-Owensmouth Historical Society and Friends of Taxco for the unveiling of a new permanent exhibit at the Canoga Park Community Center. The exhibit features artisan silver craftsmanship and collections of photos documenting the 59 years of vibrant people to people exchanges carried out by Friends of Taxco to facilitate cultural growth between sister cities Canoga Park and Taxco, Mexico. 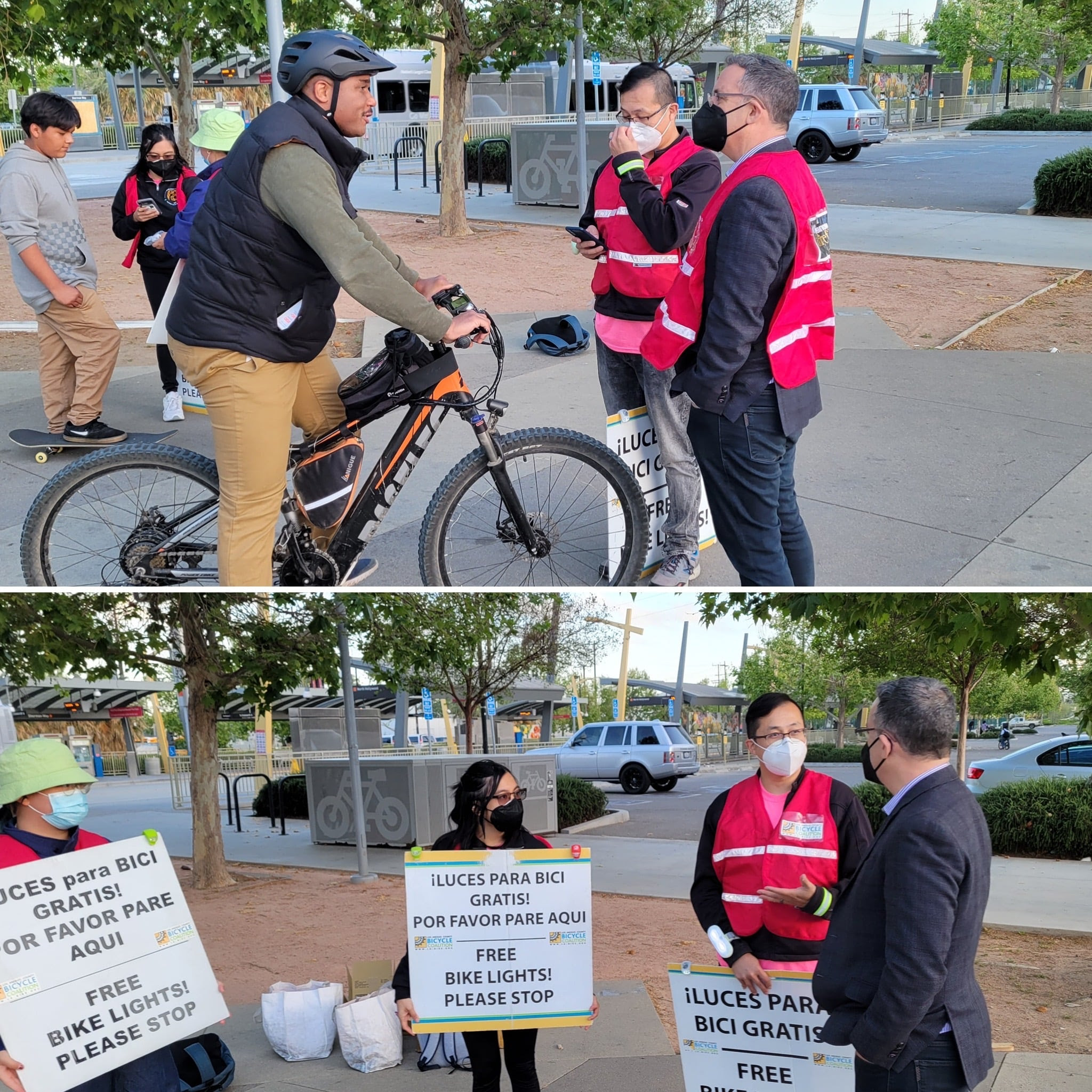 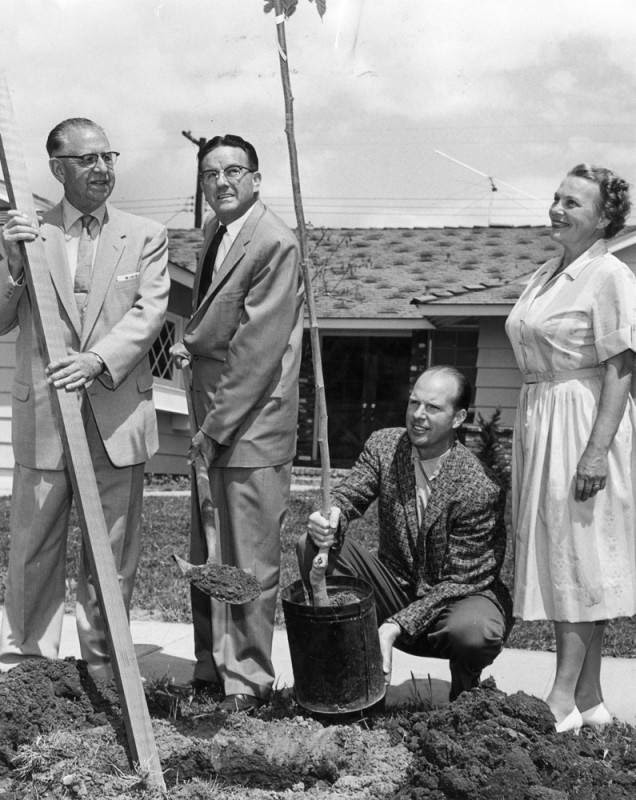 This week's photo from the Los Angeles Public Library's archives is from the Valley Times on May 19, 1959. To mark Arbor Day, residents of Woodcrest Development in Woodland HIlls were each given two trees for planting as part of their tree planting program. Learn more about this photo here.