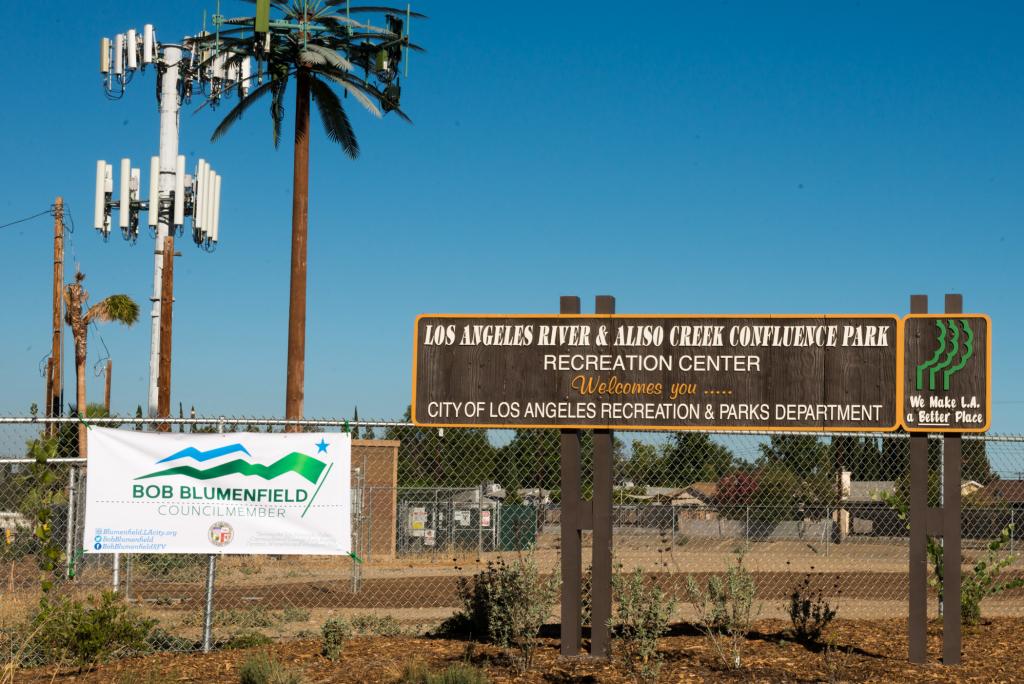 In August 2016, after more than six years of effort as an Assemblymember and then Councilmember, Blumenfield was proud to open the new Aliso Creek Confluence Park along the Los Angeles River near Wilbur Avenue and Kittridge Street. To make this project a reality, Blumenfield helped secured $1.5 Million from the State of California Urban Greening Grant when he was in the Assembly, and then as a Councilmember secured an additional $255,0000 from the Community Development Block Grant, and he also directed $800,000 towards the project through the City budget process.

Designed and constructed by the Trust for Public Land, the two-acre park includes one mile of walking paths, three-quarters of a mile of bicycle path and greenway, 14 decorative entrance gates and a 100-foot long mural. The project transformed a vacant lot alongside the LA River into a natural space that provides habitat for wildlife and recreational green space for Reseda.

Blumenfield recently secured an additional $4.65 million to expand the park and provide better access for Reseda residents. The City has entered into an agreement with the Trust for Public Land to design and construct extensions of the walking path along the north bank of the Los Angeles River between Wilbur Avenue and Reseda Boulevard, a pedestrian bridge across Aliso Creek, landscaping and storm water treatments. The project’s construction will finish by 2024.