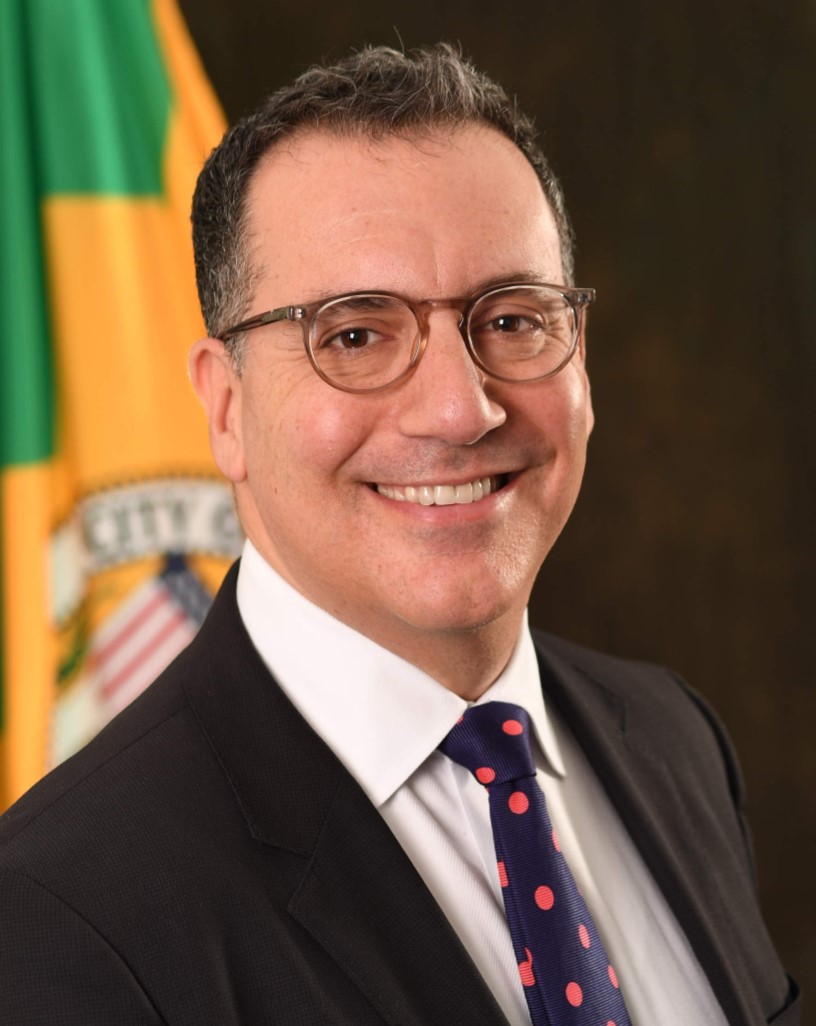 Councilmember Bob Blumenfield was elected to the Los Angeles City Council in March, 2013 and re-elected in 2017.  He represents the 3rd Council District, which spans the northwest portion of Los Angeles in the San Fernando Valley, including the communities of Canoga Park, Reseda, Tarzana, Winnetka and Woodland Hills.

Bob is focused on serving the San Fernando Valley’s day to day needs for City services as well as facilitating the long-term job and economic growth that will help ensure the vitality of local neighborhoods and the City as a whole.  Public safety, emergency preparedness, beautification and traffic reduction are some of the key quality of life issues Bob fights for in his district.  At City Hall, his policy priorities include: crafting the City budget to maximize public dollars; transforming the City’s technology infrastructure to more effectively manage resources and provide services; and growing and improving the City’s physical and environmental infrastructure to make LA a safe, clean, green and friendly place for people and businesses.  Bob is also committed to social justice, equality and opportunity for all Angelenos.

Prior to his election to the City Council, Bob served in the California State Assembly from 2008 – 2013 working for all of the San Fernando Valley communities he continues to represent.  He was the first Democratic freshman Assemblymember to ever serve as the Chair of the Budget Committee.  During his four-year tenure as Chair, he led the State from the brink of economic insolvency to structural balance and surplus.  He delivered his last three budgets on-time and balanced – a feat that hadn’t been achieved during the prior 25 years.  In addition, he radically changed the budget process to make it more transparent and accountable. From 2010-2016 Blumenfield served as a member of the California Film Commission, a reflection of his commitment to protecting one of Southern California's most critical jobs engines.

Capitol Weekly called Bob “a shining light” with a “reassuring amount of perspective that is uncommon among so many politicians.”  He was extraordinarily prolific and effective in the Assembly, having had over 50 bills signed into law.  He is considered an environmental and consumer champion and has won numerous accolades and was named “Legislator of the Year” from a diversity of groups which included,  TechAmerica, Easter Seals, New Horizons, ONEgeneration, the California Chiropractic Association, the Los Angeles League of Conservation Voters and Californian’s Against Waste.  Planned Parenthood gave him both their prestigious “Champion for Choice” Award and their “Advocate for Access” Award.

From 1989 – 1996, he worked in Washington, DC as a staff person to Senator Bill Bradley, Congressman Howard Berman and as staff designee to the House Budget Committee.  He later worked as Director of Government Affairs for the Santa Monica Mountains Conservancy and then as district director to Congressman Berman in the San Fernando Valley.  In addition, he has served on numerous non-profit boards including, the Anti-Defamation League, Children’s Express, and the LA League of Conservation Voters.

Bob is a graduate of Duke University and the UCLA Anderson School of Management Business Executive Program.  He lives in Woodland Hills with his wife, Kafi, and their two children.