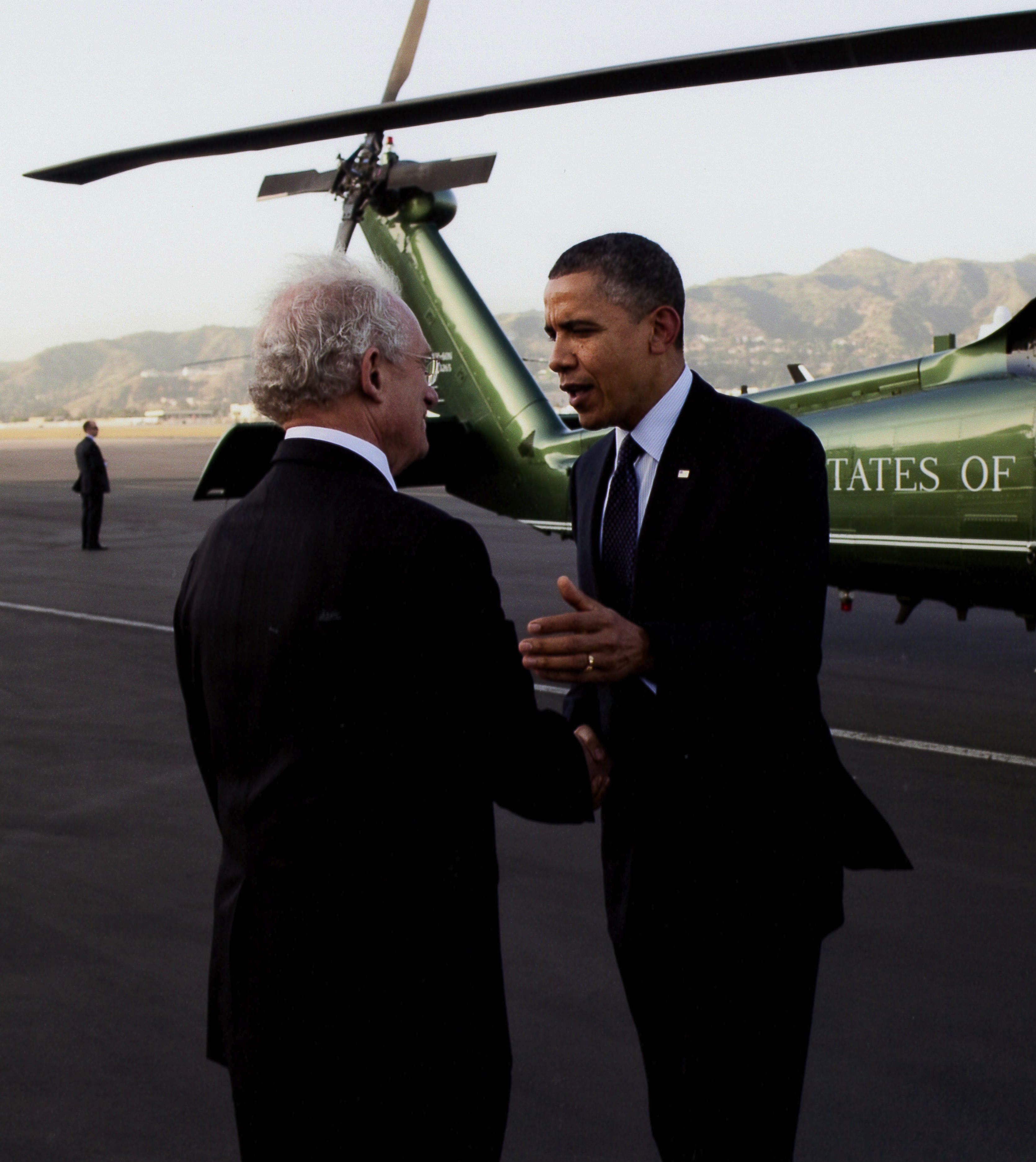 President Obama will be touching down in Los Angeles Monday afternoon for a two-day swing through Southern California. Although the President is not expected to be in the West Valley, please note expected traffic delays across the City.

On Monday, Nov. 25, President Barack Obama will arrive in Los Angeles for two days in order to attend several functions in the area.  Although specific details about his destinations are not available for security reasons, the following information is provided to assist community members who may have a need to travel in areas where the President may be traveling.

Every effort to minimize traffic impacts will be employed while the President travels through the City.  It is anticipated that the following streets may be affected and may experience temporary closures to facilitate the safe passage of the President.  Motorists are encouraged to review the following information and make necessary plans to avoid those areas during time periods where traffic may be stopped or congested due to the Presidential motorcade.

The dates, times and areas on the second page of this advisory are provided as a general guide and are subject to change without notice.  It is our intent to provide the best possible information to the public without compromising the safety of the President.  The public’s cooperation is greatly appreciated.

On Monday, Nov. 25, from 4 -5 p.m., the streets surrounding Los Angeles International (LAX) Airport are likely to be affected.

On Monday, Nov. 25, From 4:45 to 10 p.m.: The streets surroundingWestwood Area and the City of Beverly Hills, as well as, from West to East, the 405 Freeway to La Cienega Boulevard and from North to South, Santa Monica Boulevard to Venice Boulevard are likely to be affected.

On Tuesday, Nov. 26, from 8 to 10:45 a.m., the streets surrounding the Wilshire Area of Los Angeles as well as, from West to East: Fairfax Avenue to Western Avenue; and, North to South: Beverly Boulevard to Pico Boulevard.

On Tuesday, Nov. 26, from 10:30 a.m. to 1:30 p.m., the Streets Surrounding the City of Glendale, as well as from West to East: Riverside Drive, San Fernando Road and Grandview Avenue  to North Pacific Avenue; and, North to South: West Kenneth Road to Victory Boulevard, San Fernando Road, 5 and 134 Freeway are likely to be affected.

On Tuesday, Nov. 26, from 1:15 to 2 p.m., the streets surrounding Los Angeles International (LAX) Airport are likely to be affected.