Claim Back the Sidewalks 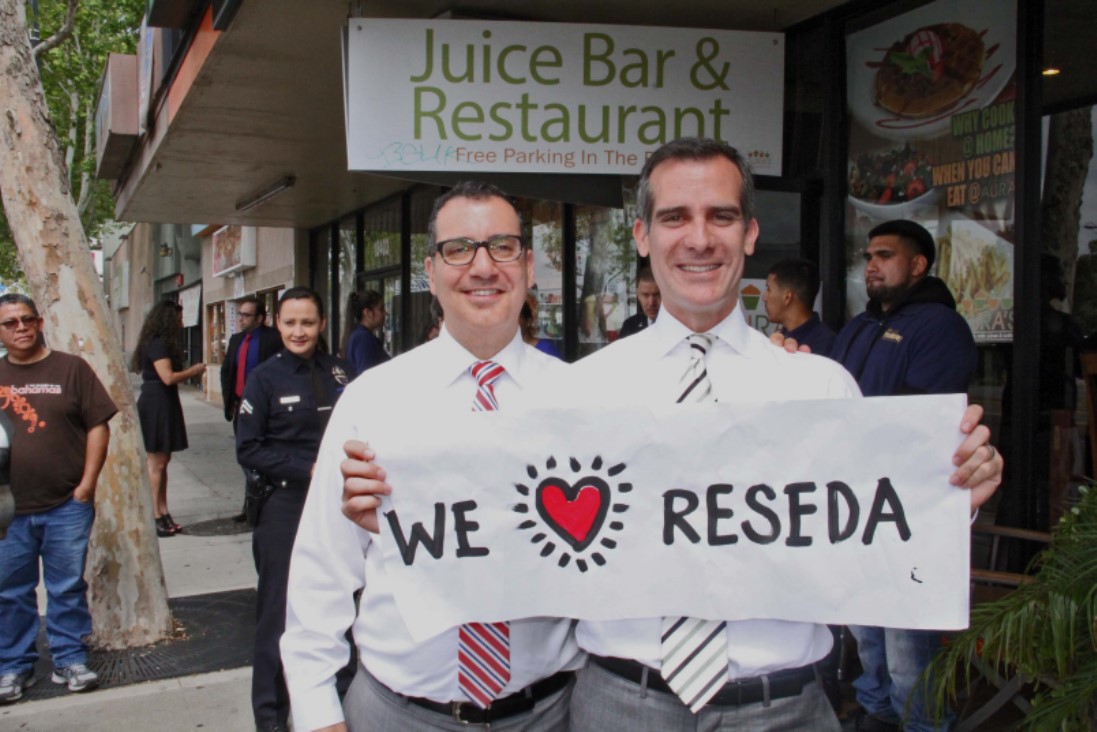 Councilmember Blumenfield has been a proud partner of the “Claim Back the Sidewalks Program” which was initiated by the West Valley Community Police Advisory Board and the Reseda Neighborhood Council. It prioritizes neighborhood safety, including beautifying sidewalks for the Sherman Way business corridor as well as helping build a more productive line of communication between community groups and the LAPD.

“Claim Back the Sidewalk” is about bringing everybody together with a stake in the wellbeing of the community. Blumenfield has made it a goal not only to make the community’s sidewalks safe and clean, but to continue to build the infrastructure needed to ensure a beautiful community for years to come. 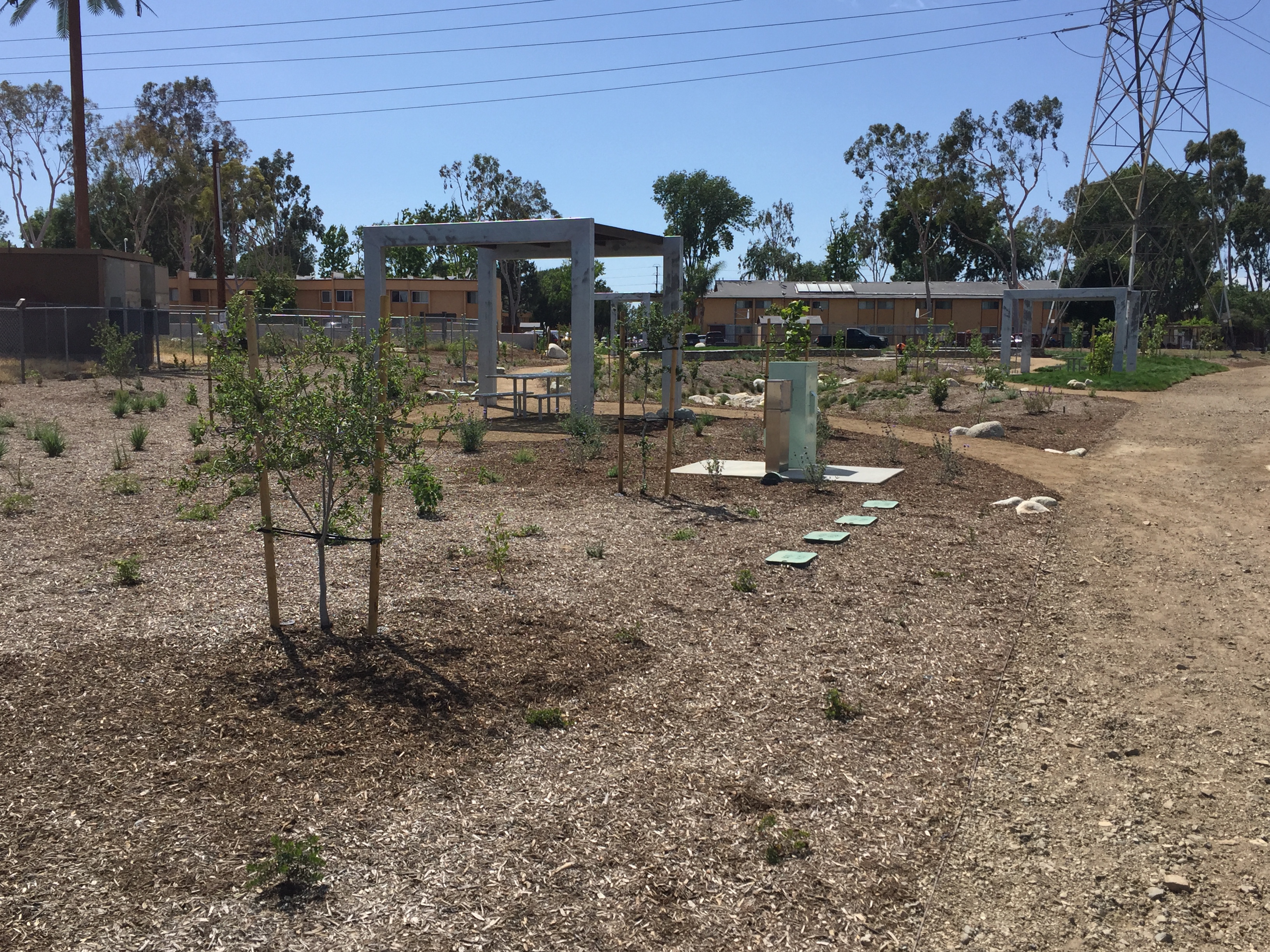 Councilmember Blumenfield has worked for more than six years on the Aliso Creek Confluence Park and is thrilled that this park is now open at Wilbur Ave. at Kittridge St.

Within this new space there is a two acre park, one mile of walking paths, three-quarter miles of bicycle path and greenway, 14 decorative entrance gates and a 100-foot long mural. The project has transformed a vacant lot alongside the LA River into a natural space that provides habitat for wildlife and recreational green space for Reseda. In total, the Aliso Creek Confluence park brings nearly seven acres of new open space to the neighborhood. 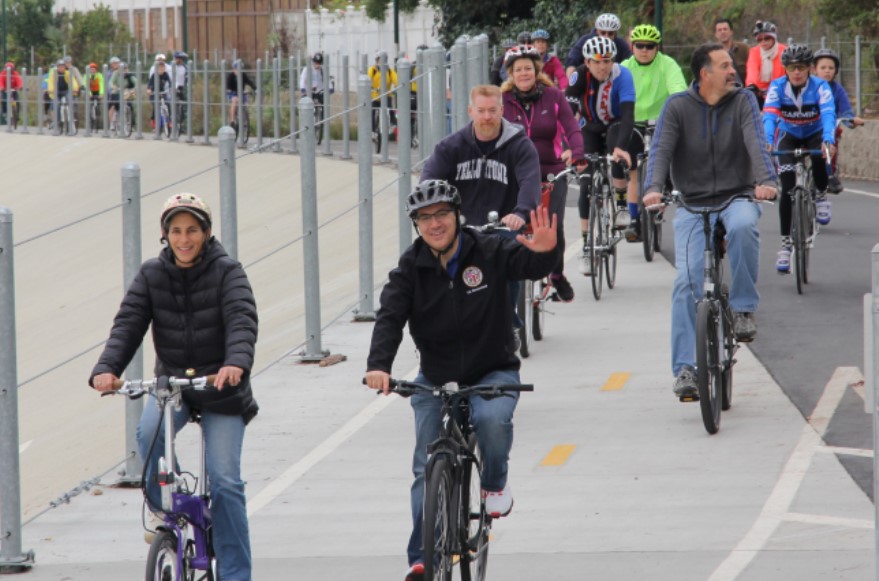 Blumenfield is a long-time advocate of multi-modal transportation to help aid the West Valley’s traffic woes. As Councilmember, Blumenfield:

Recognizing the challenges presented by the dissolution of the Community Redevelopment Agency (CRA), Councilmember Blumenfield launched his “Reseda Rising” effort to develop a community vision for Reseda. Taking advantage of former CRA properties at Town Center and the Reseda Theater, Blumenfield is seeking to revitalize Reseda as a neighborhood with community retail and entertainment options including hopefully a hockey rink in partnership with the Los Angeles Kings and a new Laemmle theater.

The improved medians are the result of a 5 year long collaboration between the City family and surrounding communities. The new and attractive median corridor runs for more than 2/3 of a mile through downtown Reseda and features 15,500 square feet of new landscape planning, automated irrigation system, and over 20 new median trees

Reseda, founded in 1912, is one of the first suburbs in the San Fernando Valley and was developed to accommodate the influx of young families at the end of World War II. Originally an agricultural community known for its lettuce and orange production, Reseda is now one of the busiest business districts in the Central Valley.

The neighborhood has fifteen public and five private schools. Grover Cleveland and Reseda high schools serve Reseda and surrounding areas. Reseda is home to a large duck pond that lies inside Reseda Park at the corner of Reseda Blvd, and Victory Blvd. Also,.a number of motion pictures have been produced and set-in Reseda such as The Karate Kid and Terminator 2: Judgment Day.