The West Valley Emergency Preparedness Fair on October 12th will focus on educating the public on how they can be prepared in the event of an emergency. An emergency can be anything from a natural event such as an earthquake or fire to a made event such as an active shooter or act of terrorism.

Learn about everything from first aid instruction and CPR classes to earthquake and other disaster preparation. And don't forget to bring your gently used clothing for the Salvation Army clothing drive! 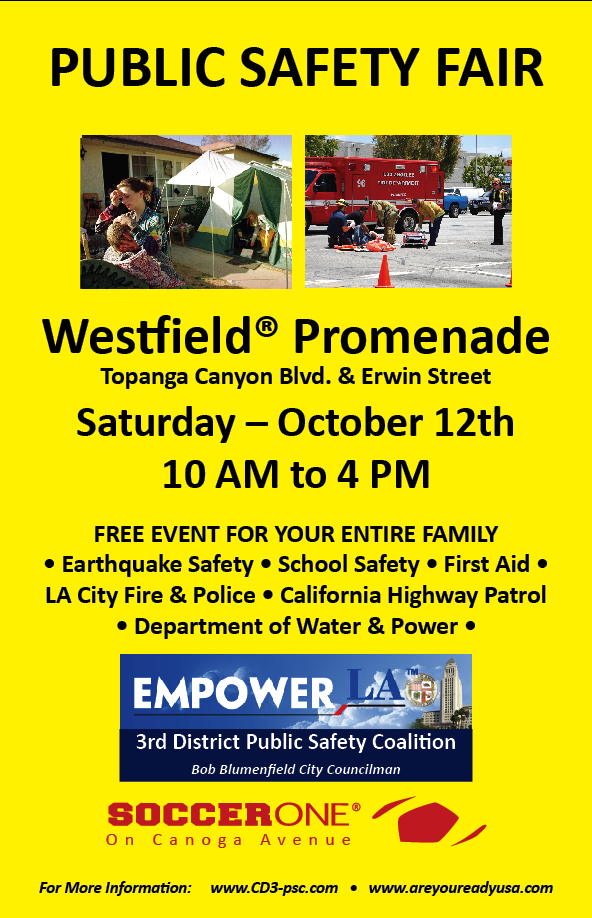