Join Councilmember Bob Blumenfield and the Theodore Payne Foundation and learn more about how to design for year-round greenery and flowers.

With California in a historic drought and rebates available from the LADWP, it has never been more important or more affordable to look to California native plants that combat draught and support biodiversity as an alternative to high cost, high maintenance lawns. 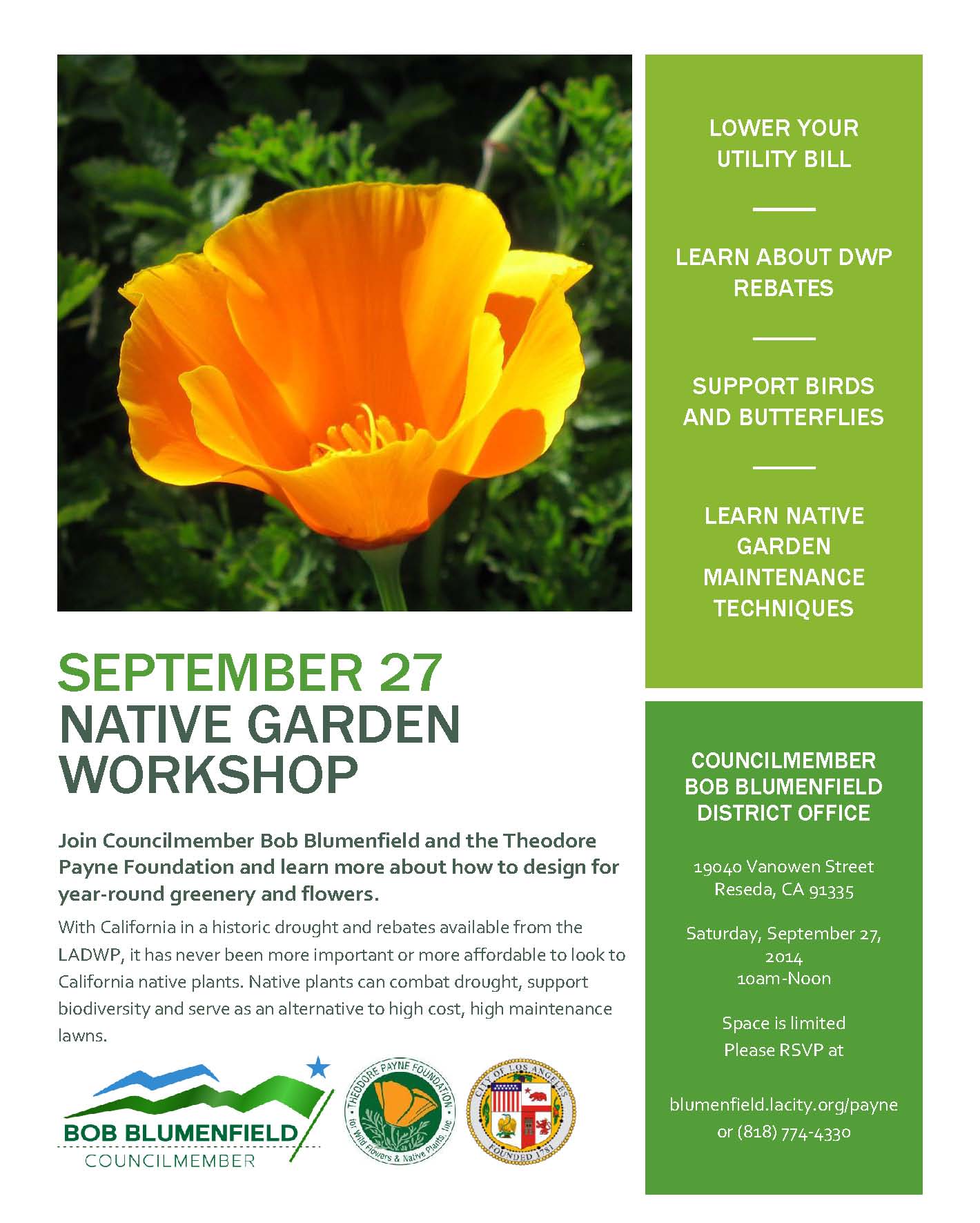 carol reale
ADA Compliant: As a covered entity under Title II of the Americans with Disabilities Act, the City of Los Angeles does not discriminate on the basis of disability, and, upon request, will provide reasonable accommodations to ensure equal access to its programs, services, and activities.