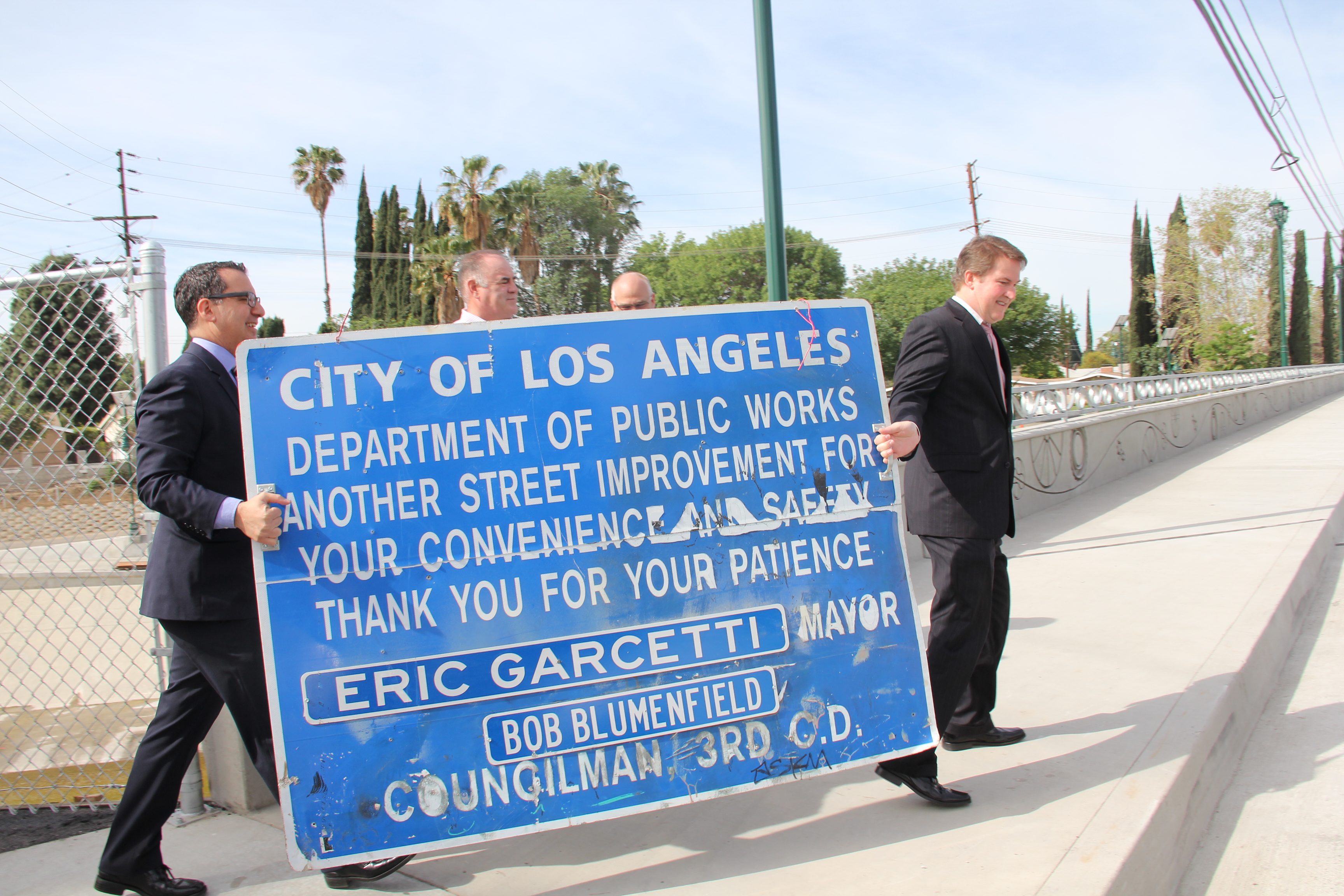 Recognizing recent accord between Gov. Brown and Prime Minister Netanyahu, ideas pave the way for enhanced cooperation and innovation.

LOS ANGELES, CA – Los Angeles City Councilmember Bob Blumenfield today introduced a pair of measures to celebrate and strengthen the relationship between the City of Los Angeles and Israel. Both measures build on the recently signed MOU between the State of Israel and California.

“California and Israel share more than just similar climate and culture,” said Blumenfield. “We are two of the most prolific hubs of tech and innovation in the world. With the MOU signed, we must build upon these efforts and continue to work closely for our mutual benefit.”

Blumenfield introduced a resolution which activates Los Angeles’ policy team in Sacramento to support legislation and administrative action that implements provisions of the recent Memorandum of Understanding (MOU) for strategic partnerships and joint innovation exchanges and cooperation between California and Israel.

Councilmember Blumenfield joined Governor Jerry Brown as he signed the MOU with Israeli Prime Minister Benjamin Netanyahu in Mountain View earlier this month. This MOU grew out a 2009 bill by then Assemblymember Blumenfield that directed the State to create a similar MOU, focusing on clean tech and green tech exchanges.

Building on that important work, Councilmember Blumenfield today also asked the City Council to establish the Los Angeles/Eilat Innovation and Cooperation Task Force. The Task Force is designed to build on a 55 year-old Sister City relationship with Eilat and will foster technology investment, business development and research opportunities in clean technology, water resources, solar energy, and environmental technologies and promote the exchange of ideas and innovation between Israeli companies, Southern California business and education communities, non-profits and the City of Los Angeles.

“As Los Angeles and California reckon with the most severe drought in decades, this task force will foster an exchange of technology and ideas with a country that has dealt successfully with water scarcity for years,” concluded Blumenfield. 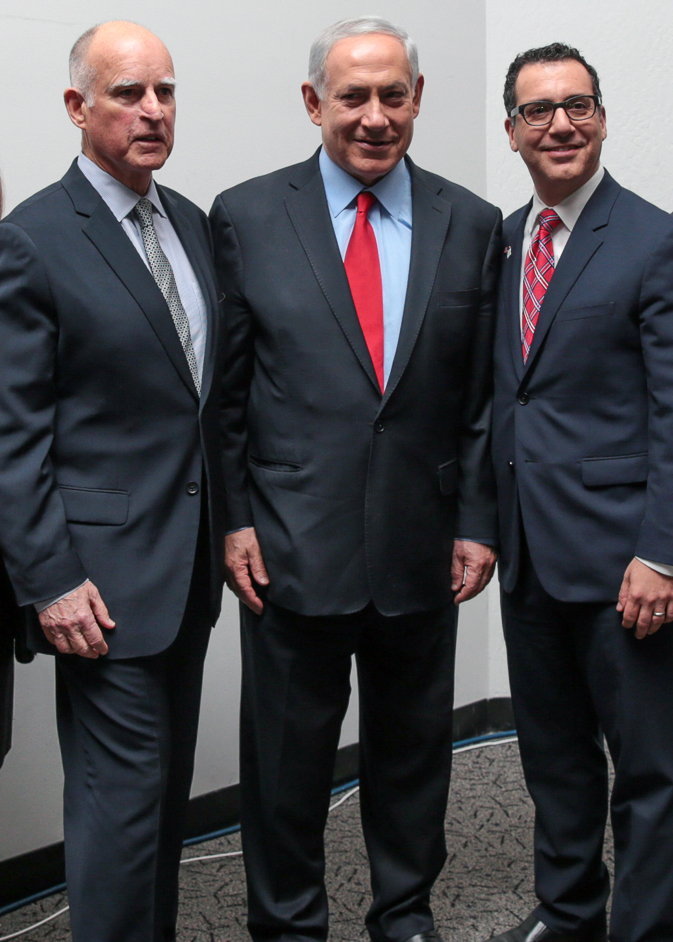 LOS ANGELES – Led by Councilmember Bob Blumenfield, the Los Angeles City Council today approved a final subvention agreement to leverage local investment by sharing new City tax revenues with the Village at Westfield Topanga project.  By allowing the project to recoup up to 50% of new City tax revenues generated over 25 years, the City enabled the approximately $350 million private investment to be fast tracked with construction in one phase, immediately creating jobs and economic benefits in the area.

“The Village at Westfield Topanga project will jump start a major economic engine in the West San Fernando Valley and provide substantial benefits to the entire city,” said Blumenfield.  “My communities are excited that we are redeveloping this land to house a first class hub for entertainment and shopping, with a sustainable green and modern design.”

The Village at Westfield Topanga mixed-use development will invest about $350 million in the local economy with upscale retail, boutique specialty shops, personal services, restaurants, a Costco with a member-only fueling station, and a community center.  The project will create middle class construction jobs and approximately 1,500 permanent jobs for local residents as a new major destination for shopping, dining, and investment in the Valley.

The project is expected to generate tens of millions in net new tax revenue for the City, including new sales tax revenue the City could not realize without such a project.  Indirect City revenue benefits also will result from increasing property tax values, attracting other investments and improving the attractiveness of the West Valley as desirable places to live and do business.

“Concrete is about as cutting edge as the wheel,” said Blumenfield. “It doesn’t hold up to tree roots; it doesn’t allow for groundwater recharge. If we’re serious about greening the Valley and beyond, there’s no reason we shouldn’t be looking towards a more sustainable and cost effective mix of paving materials as we tackle our City’s unique infrastructure challenges.”

Both decomposed granite and rubber are ADA accessible and allow us easier access to grind tree roots. Sidewalks made from permeable pavers reduce harmful runoff and act as a natural filter for solids and pollutants.

Advise residents to “Lock It, Hide It, Keep It” to prevent theft.

LOS ANGELES – As the holiday shopping season gets underway, Councilmember Bob Blumenfield was joined today by representatives from the LAPD Topanga Division along with members of the San Fernando Valley’s business community to inform residents and shoppers about steps they can take to keep themselves and their belongings safe this holiday season.

In the San Fernando Valley last year there were 9,681 burglary from motor vehicles. You can minimize your chances of being a victim by limiting the criminal’s opportunities. 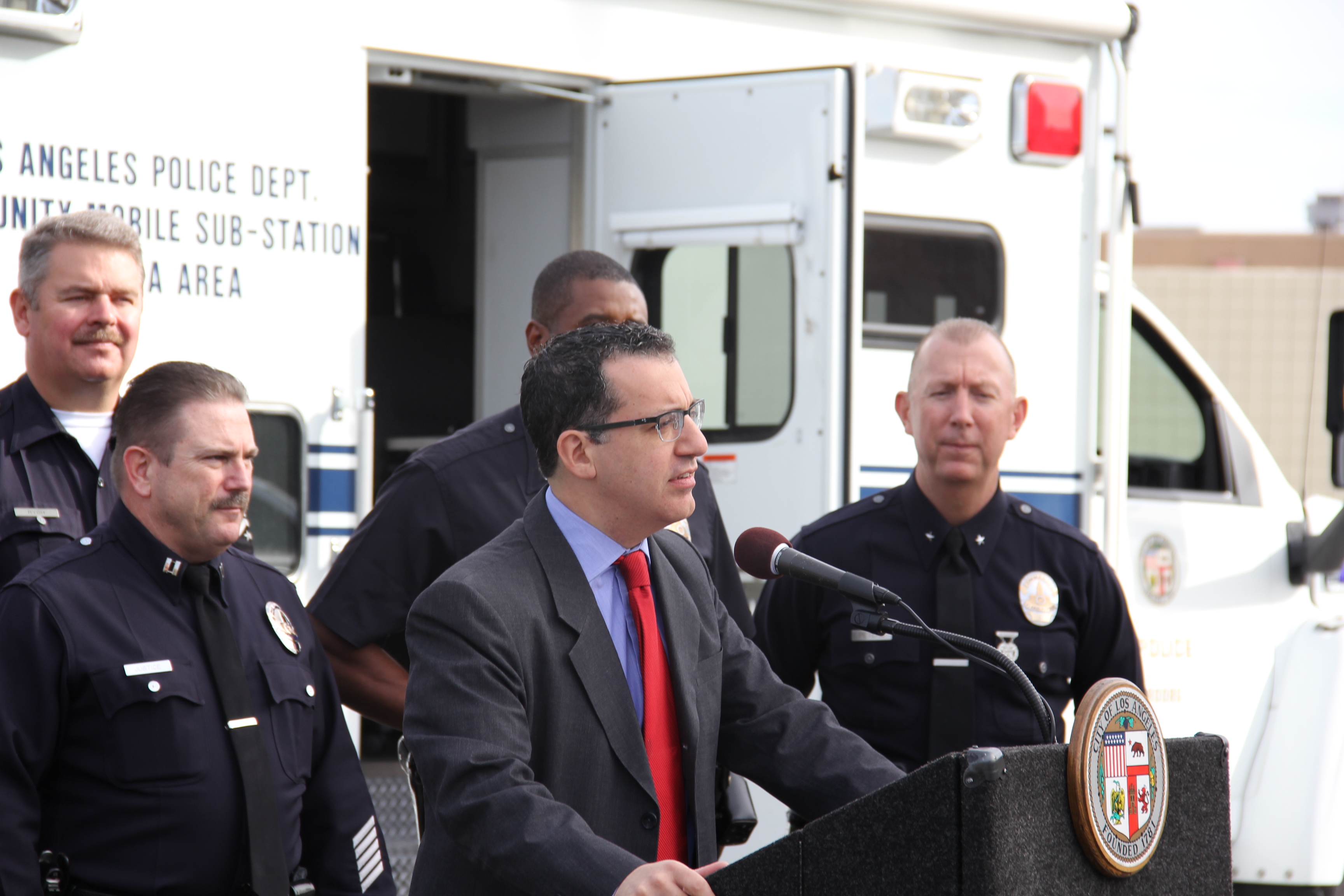 LOS ANGELES – Councilmember Bob Blumenfield made the following statement following the release today of the 2014-2015 California Fiscal Outlook in which the Legislative Analyst’s Office projects a $5.6 billion reserve at the end of 2014-2015:

"When I was sworn in as a freshman legislator in December 2008, the State faced a looming fiscal emergency and a state deficit of $40 billion.

Today's outlook validates the approach we took when I chaired the Assembly Budget Committee, and I'm very proud of the work we did to get California's financial health to this point."