Today we celebrated the hardworking, dedicated City employees who submitted the first round of funded ideas to the Innovation Fund. The Innovation Fund is a City program that looks to our employees and commissioners to crowdsource new ideas to make government more efficient, responsive, and transparent.

Dr. Marc Eckstein, with the support of Councilmember Mitchell Englander, brought forward the concept of a nurse practitioner unit for the LAFD. The new unit will provide efficient and effective health services to vulnerable Angelenos while freeing up valuable resources for immediate, life-threatening emergencies.

Mark Nakata found a new way to bring Los Angeles into the 21st century by suggesting the City of Los Angeles Bureau of Engineering utilize 3D printing technology to produce architectural models that will save many hours of staff time.

Sandip Soni, Arment Kamyshyan and Ken Husting conceived of the "Can I Park Here Now" idea that will simplify parking signs that have been known to confuse and confound drivers throughout the city.

The Controller's office, under the leadership of Controller Ron Galperin and Deputy Controller Vijay Singhal came up with a proposal to create a mobile app to allow City employees to access their paycheck information from the palm of their hand. Currently that vital information is only accessible from a desktop, a major hassle for the many City employees who are not assigned a computer.

Delilah and Alejandro Puche, a husband and wife team, both City employees, submitted the idea for online police reporting. As it turns out, the types of reports that could be handled online take a lot of time for our officers to process, time that could be better spent on more pressing issues.

Michael Sailor submitted a very cool idea to bring automated inspection units to the Los Angeles Department of Water & Power penstocks at the Castaic Power Plant. Currently, it takes 5-7 people 3-4 hours to do a penstock walk. Michael's idea will allow the department to buy widely available quadcopters to inspect penstock and insulators on power poles, and ultimately increase safety: protecting inspectors from hazards such as steep terrain, rattlesnakes, and extreme heat.

Have an idea of how the City of Los Angeles could do things better, faster, or cheaper? Keep those innovative ideas coming at innovate.lacity.org! 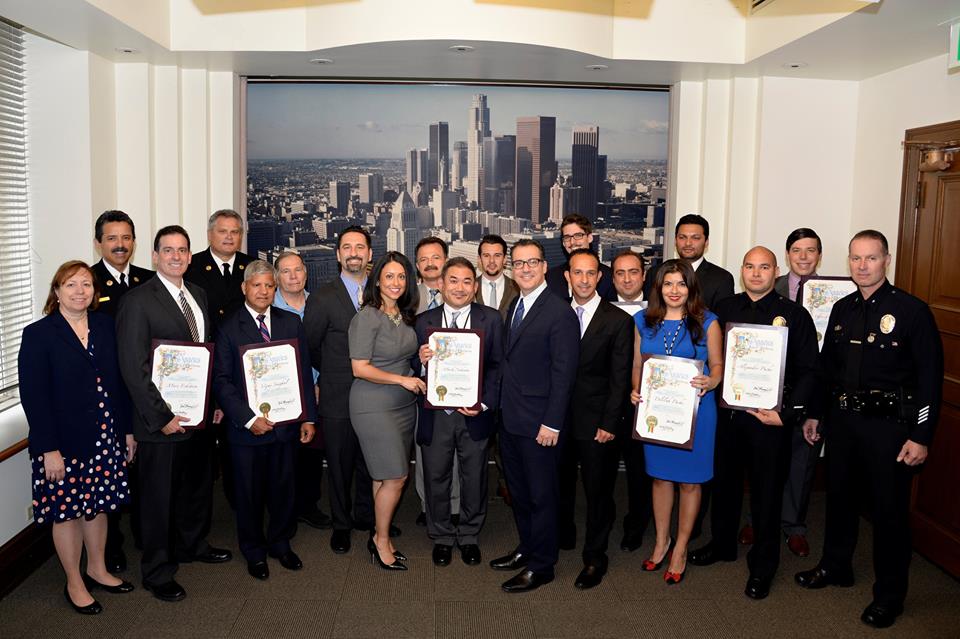