Earlier this week, the City Council's Budget and Finance Commitee, of which I am a member, concluded its deliberations on the Mayor's proposed budget for the upcoming fiscal year. Over the course of marathon hearings on the budget, my colleagues and I put in many hours reviewing documents, analyzing projections, asking questions of City departments and staff to make sure next year’s budget is fiscally sound and reflective of our shared values.

In a budget survey sent out last month, I asked you to let me know your priorities for the City’s upcoming budget. I received hundreds of responses, and despite a diversity of ideas, a clear consensus emerged: public safety must remain our top priority, and we need to remain focused on growing and improving the City’s physical and environmental infrastructure to make LA a safe, clean, green and friendly place for people and businesses while ensuring our long-term, fiscal sustainability.

A visual representation of what you told us can be found below.

The ideas, values, and priorities you set forth in your survey responses were my constant guide throughout the nearly three week-long budget process, the results of which are evident in the 2015-16 budget approved by the committee, which includes:

Protecting our City's most vulnerable

While serving as the Chair of the Assembly Budget Committee for the State of California, I worked hard to bring the State from deficit to surplus during crippling economic times. We were able to maintain core services but difficult decisions had to be made and ultimately valuable programs were diminished or even cut entirely. Here in the City we face similar challenges; things are getting better as the economy recovers but we are still projecting a significant deficit. This is not a growth year, but rather a chance to reassess, refocus, and redouble our efforts to be more efficient.

As always, serving you and providing the highest level of constituent service is my priority as a City Councilmember. Please contact me if I can be of assistance with any question or issue. 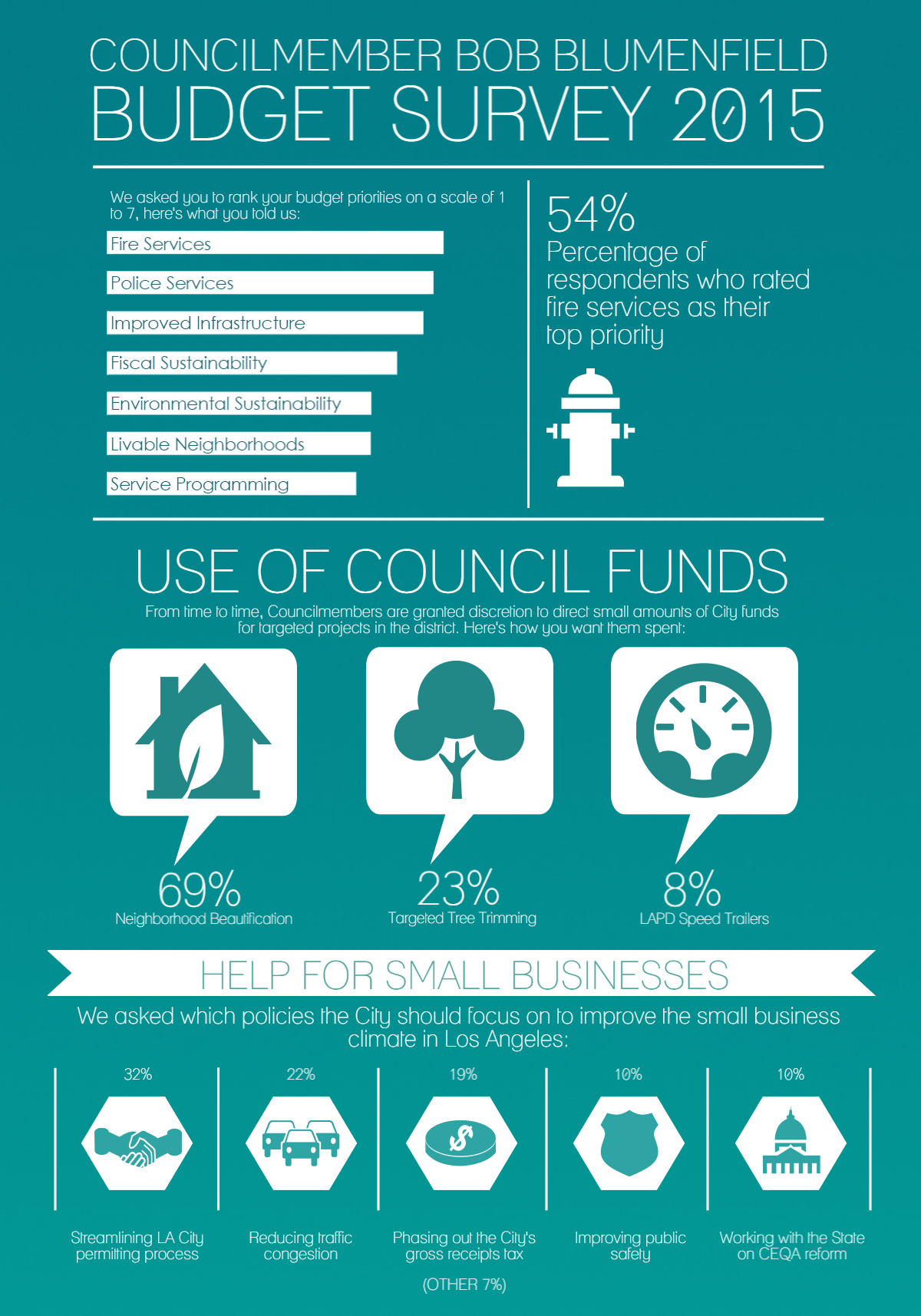